In the current climate of crisis, Israel is endangering its democratic character, says the Israeli author Assaf Gavron. At the same time, however, he says western media often deny the real threat Hamas poses for Israel 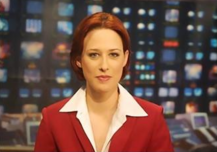 In the crossfire of public criticism: Yonit Levy. On the second day of the military operation in Gaza the Israeli anchorwoman had said that Israel would find it hard to explain the offensive

​​ Yonit Levy is the anchorwoman of the Channel 2 news show - Israel's most watched TV news broadcast. She is pretty and stern, a kind of "ice queen" who was very popular with the news-thirsty Israeli public. Until a few days ago, that is, when a petition was drafted on a website, calling for Levy to go home. Her crime?

Well, she had said on the second day of the military operation in Gaza that Israel would find it hard to explain a war in which 350 Palestinians were killed on one side, and only one Israeli on the other (the toll has since risen to over 1,000 Palestinian and less than ten Israeli dead) – a rather plain, objective and logical assessment.

In addition, her critics said, her facial expressions seemed to portray an element of sorrow after reports on Palestinian civilians who were killed.

After two days the petition had gathered over 30,000 signatures, accompanied by a torrent of vulgar abuse towards Levy by thousands of Israelis on the radio, in newspapers, and mainly in the new "town square" – internet talkbacks, or comments, where everyone is free to voice their ideas anonymously (most news-related items provoke hundreds of talkback responses on all major Israeli websites). 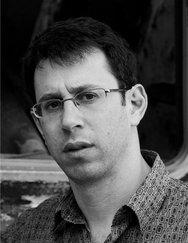 Assaf Gavron: "When people have no patience whatsoever to listen to another voice, we are losing our claims for being a civil, sane and democratic society"

​​ If this is the fate of the mainstream news presenter who made a sad face, one can only try to imagine what the people who actually question the war or, God forbid, oppose it, are faced with.

There has been a great deal of anger and frustration around here in the last three weeks. Some of it is for the obvious reasons at a time of war: innocent people are killed and injured, houses are bombed and destroyed, violence and hostility are at their peak. People are anxious and afraid; they blame the evil on the other side, and they stick to their opinions – whatever they were before it started – with increased fervour.

Increased intolerance on the Israeli side

All this is tragically predictable – it is merely another round in the cycle we Israelis and Palestinians (and our neighbours) have been forced to get used to during our lifetime. But what I find especially depressing and worrying this time around is the increased intolerance on the Israeli side to voices that are different from the mainstream chorus, to any argument opposing or questioning the operation, even to a discussion about it.

​​ The word "brainwashing" may be rather extreme, but it's hard to find a more accurate one to describe the way this war is portrayed in the mainstream media. Images of Palestinian death and destruction are not shown, and Palestinian civilian casualties are blamed solely on Hamas; all the experts invited to studios express an almost unified patriotic view and praise the Israeli Defence Forces' actions, with no opposing or critical views aired.

Anti-war demonstrations are reported, on good days, on the back pages or at the end of the programme – and even then in an almost comic way, portraying the protesters as a marginal bunch of moonstruck weirdoes and giving more time to the people cursing them (even when the demonstration draws over 10,000 supporters).

An atmosphere of "Do not disturb, shooting in progress"

​​ Much higher in the pecking order of worthwhile news items are patriotic stories about Israelis who send chocolate to soldiers and people helping traumatised Israelis after rocket attacks. The impact of this "Do not disturb, shooting in progress" atmosphere is stark: in a poll published this morning, 78% of Israelis (which effectively amounts to almost all the country’s Jews), think the operation is "successful".

I find it a little difficult to define a military operation as successful when after almost three weeks with over a thousand Palestinians dead and many thousands bombed, hurt and left without homes, electricity, water and gas, dozens of rockets are still being shot into Israel every day. Where is the success when more than 300 of the dead are children?

What is successful about four Israeli citizens killed in the first week of the operation by rockets, after one was killed in the previous year? And what is so good about severed diplomatic relations (Venezuela, Bolivia), UN Security Council reprimands, an embarrassing argument with the USA and anti-Israeli protests all over the world?

Speaking of the global protest, I should make a note here. Obviously, I think Israel has a lot to answer for in explaining the manner and proportion of its attack, the chances of reaching its objectives, and even what these objectives are. Again, the atmosphere of intolerance and aggression this time is quite depressing.

Occasional scorn for Israel: the British daily, The Guardian

​​But it is equally frustrating for an Israeli who criticises his government, army and the general public to tune in to some of the comments made about Israel and discover alarming amounts of uninformed, one-sided and sometimes ridiculous scorn poured out upon his country.

For example the comment on 29 December in the British daily, The Guardian, speaking of a massacre without mentioning in a word the reasons – justified or not, they do exist – for Israel's attack, or the stupidity – understandable or not – of the Hamas leadership, which contributed largely to the escalation.

Or another comment from 10 January in the same (generally excellent) newspaper: a renowned writer calling for an economic boycott against Israel while signing a new book deal with an Israeli publisher (how exactly does that work, I wonder?).

The need to define balanced opinion

This fluctuation between being very critical of our own actions at home, but becoming defensive and patriotic when encountering senseless criticism that almost questions Israel's right to exist from outside, is a feeling I know all too well while coping constantly with the need to define balanced opinion (including in this piece).

Today, the balance turns in favour of my worries. Going back to the Yonit Levy story, I guess it might have been funny if it wasn't so desperately sad, and if it wasn't an example of a real threat to our already fragile democracy. When people have no patience whatsoever to listen to another voice, when they reach these levels of aggression, not only are we delaying the chance for peace and tranquillity in our region, but we are also losing our claims for being a civil, sane and democratic society.

And I'm not talking about some aggravated future, I'm talking about last week, when two Arab political parties, Balad and the United Arab List-Ta'al, were disqualified by the Knesset central elections committee from running in February's elections. It is no coincidence that this decision came during this war, with the current atmosphere in the background – and not, for example, at any time during the years these parties and their members ran for, and were elected to, the Israeli parliament.

Assaf Gavron, born in 1968, grew up in Jerusalem, studied in London and Vancouver. He works as a writer and also as an editor, translator and musician. He has published four books of fiction in Israel so far and several short stories. He translated many works of fiction from English to Hebrew, including the novels of Jonathan Safran Foer and "9 Stories" by J.D. Salinger. He currently lives in Tel Aviv.

Interview with Avi Primor
EU Essential for Guaranteeing Israeli Security in Gaza
In this interview, Avi Primor, Israel's former ambassador to Germany, talks to Diana Fong about the reasons for the Israeli offensive in the Gaza Strip and how the EU can help bring about peace between the Jews and Palestinians

Interview with Assaf Gavron
"You Have to be Interested in the Other Side"
In his novel, CrocAttack, Israeli writer Assaf Gavron provokes his readers with unusual perspectives: With both sensitivity and a large dose of black humour, the writer explores the inner world of an Israeli victim of terrorism and a Palestinian suicide bomber. Ariana Mirza spoke to Assaf Gavron

END_OF_DOCUMENT_TOKEN_TO_BE_REPLACED
Social media
and networks
Subscribe to our
newsletter