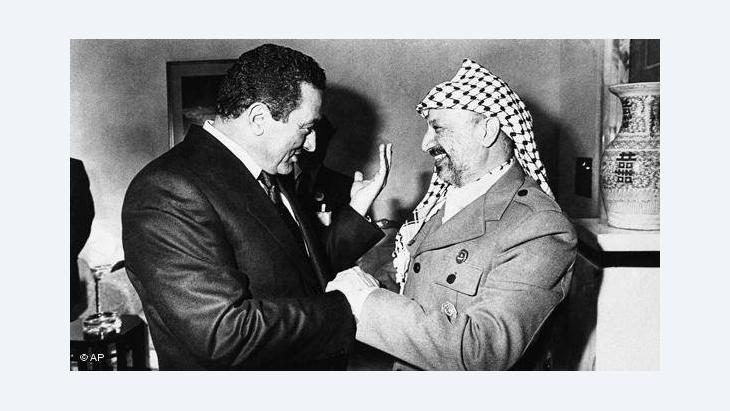 Egypt has announced there will be a shift in the country's foreign politics after Mubarak, truly independent from US interests. But, says Barak Barfi, contrary to general perception Mubarak has never really been an American "lackey"

In the months since Egyptian President Hosni Mubarak's resignation, his successors have signalled a shift in foreign policy by reaching out to former adversaries. Egypt's government has welcomed Iranian diplomats and embraced the Palestinian group Hamas. Many interpret such moves as clear evidence of Egypt's desire for a diplomacy that is not subordinate to American interests.

But Mubarak never entirely fit his detractors' portrayal of him as an American lackey. In fact, Mubarak's need to please his Saudi Arabian benefactors, not the United States, was paramount in his thinking. Although he sometimes supported American policies, Mubarak frequently rebuffed the US when its positions did not align with his own.

Since the end of the October 1973 war, Arab-Israeli peace has been a cornerstone of America's Middle East agenda. The US often looked to Egypt, the most important and influential Arab country, to play a leading role in promoting this goal. And, when it suited him, Mubarak played his part. When the late Palestinian leader Yasser Arafat humiliated Mubarak before the US secretary of state and the international media by refusing to sign an annex to an Israeli-Palestinian accord brokered in Cairo, Mubarak told him, "Sign it, you son of a dog!" 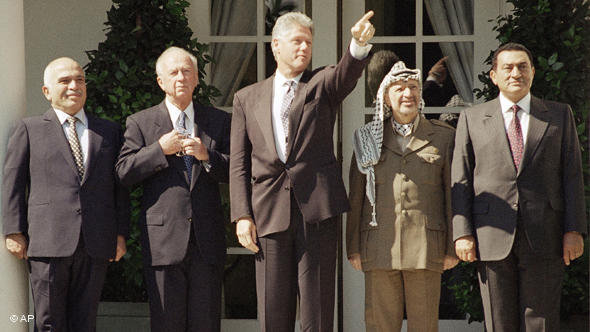 The US often relied on Egypt, the most important and influential Arab country, to promote the Arab-Israeli peace process. Mubarak helped when it suited him. Pictured from left to right: Jordan's King Hussein, Israel's Rabin, US President Clinton, Yassir Arafat, and Hosni Mubarak in Washington in 1995

​​On the other hand, when Arab public opinion opposed Palestinian concessions, Mubarak remained aloof from US peace initiatives. For example, in 1996, he declined President Bill Clinton's invitation to come to Washington, along with Arafat and the leaders of Israel and Jordan, to settle a bout of Palestinian violence. And when Clinton asked Mubarak to pressure Arafat to facilitate an Israeli-Palestinian peace deal during negotiations at Camp David in 2000, he refused.

Mubarak had a rocky relationship with Israel, and held America's closest Middle East ally at arm's length throughout his presidency. For almost ten of his 30 years in office, Egypt had no ambassador in Tel Aviv. Mubarak never made an official state visit to Israel, and he frequently refused Israeli prime ministers' requests to come to Cairo. When the US sought to extend the Nuclear Non-Proliferation Treaty in 1994, Mubarak mobilized the Arab world against the initiative, because Israel refused to sign the NPT. 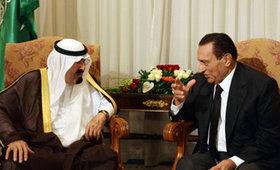 Mubarak attached great importance to his relationship with the Saudis who provided him with extensive aid. On many occasions, Mubarak favoured Saudi interests over US demands, writes Barfi

​​Instead, Mubarak's relationship with the Saudis usually determined his foreign policy. When Iraq invaded Kuwait in 1990 and threatened to attack Saudi Arabia, Mubarak quickly dispatched troops to defend the kingdom. He was keen to support the Saudis and their Persian Gulf allies, who provided him with a steady flow of aid and an outlet for surplus Egyptian labour.

Though Mubarak's opposition to the Iraqi invasion of Kuwait in 1991 happened to align with US policy, he was unwilling to back other American campaigns against Arab leaders. When President Ronald Reagan's deputy national security adviser, John Poindexter, asked Mubarak to launch a joint US-Egyptian attack against Libya in 1985, the Egyptian president scolded his visitor, saying, "Look, Admiral, when we decide to attack Libya, it will be our decision and on our timetable."

Mubarak again refused to acquiesce in US plans to isolate Libya in the 1990's for its involvement in the downing of Pan Am flight 103 over Lockerbie, Scotland. Instead of ostracizing Libyan leader Col. Muammar el-Qaddafi, Mubarak welcomed him to Cairo. After the United Nations imposed an international flight ban against Libya in 1992, its land crossings with Egypt proved crucial to Libya's economy (and possibly Qaddafi's political survival). Libya withstood the sanctions in part by importing food and oil infrastructure supplies via Egypt, and by exporting petroleum and steel with Mubarak's help.

In fact, Mubarak's Libya policy was driven largely by economic and security concerns, and rarely took US interests into consideration. More than one million Egyptians worked in Libya, which was also a large export market. And Qaddafi was eager to help Mubarak subdue Islamist threats to the Egyptian regime. Unlike neighbouring Sudan, which harboured Egyptian radicals, like al-Qaeda leader Ayman al-Zawahiri, who were bent on destabilizing the country, Libya turned them over to Mubarak.

While Qaddafi delivered terrorists to Mubarak, the Egyptian president declined American requests to do the same. After Palestinians in 1985 hijacked the Italian ship Achille Lauro, killed an American, and berthed in Egypt, the US asked Mubarak to extradite them. But Mubarak refused, saying that Secretary of State George Shultz was "crazy" if he believed that Egypt would betray the Palestinian cause. 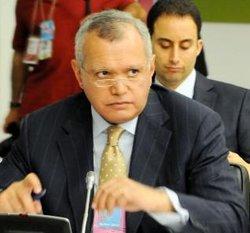 "Egypt is entering a new era. But the radical policy upheavals predicted by analysts will prove to be small tremors." Pictured:Egypt's foreign minister Mohammed al-Orabi

​​Egypt's new leaders have inherited Mubarak's dilemma – how to realize the country's aspiration to lead the Arab world without angering its Saudi benefactors. For this reason, the Egyptian-Iranian rapprochement will yield more photo opportunities than tangible results.

On opposite sides of religious and ethnic divides, a close bilateral relationship would seem unlikely under even the best circumstances. And, with Egypt in need of massive financial aid to offset the economic losses caused by its February revolution, its leaders can ill afford to alienate the Saudis, who view Iran, not Israel, as the gravest threat to regional stability.

Egypt is entering a new era. But the radical policy upheavals predicted by analysts will prove to be small tremors. Saudi interests will continue to weigh heavily on Egyptian foreign policy. And that, above all, means preserving the status quo.

Political analyst Taqadum al-Khatib argues that Egypt can, in co-ordination with its European partners, develop a common vision to solve the complex conflict in Libya. For this to ... END_OF_DOCUMENT_TOKEN_TO_BE_REPLACED

At the suggestion of his Arab students, Israeli psychologist Ofer Grosbard created the project "Quranet", which uses texts from the Koran to solve educational problems in schools ... END_OF_DOCUMENT_TOKEN_TO_BE_REPLACED

Taking the Fridays for Future movement as his starting point, Muslim environmental expert Tarik Quadir talks to Marian Brehmer about the connections between Islam and ... END_OF_DOCUMENT_TOKEN_TO_BE_REPLACED

Muhyiddin Ibn Arabi (1165-1240) is one of the most influential Arab philosophers and mystics. James Morris, Professor of Islamic Theology at Boston College, explains why his ... END_OF_DOCUMENT_TOKEN_TO_BE_REPLACED

As historian Wiiliam Dalrymple writes in his essay, scholars are only now beginning to realise the extent to which the Mughal emperors adopted what most would assume to be ... END_OF_DOCUMENT_TOKEN_TO_BE_REPLACED