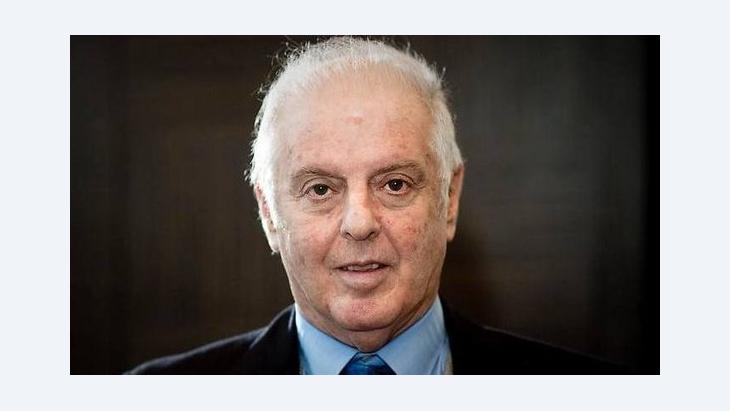 ﻿In this commentary, pianist and star conductor Daniel Barenboim writes that the fact that Palestine was recently awarded non-member observer state status by the United Nations could be the last chance to breathe life into the two-state project in the Middle East

﻿On 29 November 1947, the United Nations adopted the Partition Plan for Palestine, thereby agreeing to divide the region into an area for Jews and an area for Palestinians. Prior to that day, we had all been "Palestinians" – Muslims, Christians and Jews alike.

The partition in 1947 was greeted with delight by Jews around the globe and roundly rejected by the Arab world, which considered Palestine to be its land alone. This led to a war, which broke out on the day after the Israeli declaration of independence was made on 14 May 1948.

On 29 November 2012, exactly 65 years after the Partition Plan, the Palestinians applied to the United Nations to be recognised as a "non-member observer state". The vast majority of states voted to grant Palestine this status. These are the facts.

One possible interpretation of all this could be that it took the Palestinians 65 years to realise that Israel is a reality that cannot be denied and that they are, for this reason, now ready to accept the principle of the partition of the Palestinian territory, which they rejected in 1947. If we accept this interpretation, it becomes clear that the resolution passed by the General Assembly of the United Nations should be grounds for satisfaction for the State of Israel as well. 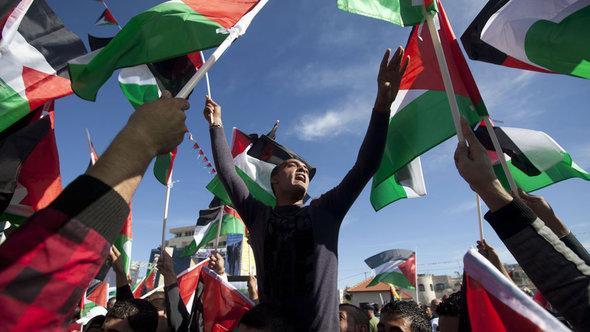 Unfettered joy in Palestine following the UN resolution to recognise it as a non-member observer state: while this status does not give Palestine voting rights in the General Assembly, it could allow it to act as a plaintiff at the International Criminal Court and put Israel's settlements in the occupied territories on the agenda

​​I have no desire to give lessons in morality or political strategy to either the Israelis or the Palestinians; I would, however, like to remind people that if this conflict has not been resolved in the course of many, many years, it could possibly be due to the fact that neither one side, nor the other – nor the rest of the world either for that matter – has grasped its fundamental nature.

A human conflict between two peoples

The Israeli–Palestinian conflict is not about political hostility between two states, a conflict that could be solved using diplomatic or military means. Political discord between two nations can affect matters such as borders, control over water, oil or similar resources.

It is above all a human conflict between two peoples, each of which is absolutely convinced that it has the right to live in the same small territory on its own. Even if it is late in the day, the time has come to accept the fact that the only option for Israelis and Palestinians is to either live together or to live alongside each other, albeit without disavowing each other.

The resolution, which was supported by 138 countries, is perhaps the last chance to breathe life into the two-state project, states that are secure and that each consist of a continuous, non-fragmented sovereign territory. Perhaps it is fate; perhaps it is the justice of time that is giving Palestinians the chance to initiate a process that will see them moving towards independence in the same way that the Israeli state did some 65 years ago.

The position of the Israeli government is not far-sighted

I am just as aware that the Palestinians will never accept an ideological solution to the conflict; their history is different and it should be the State of Israel that has to search for a pragmatic solution.

Finally, I believe that the Jews have a historical, religious right to live in the region, but they are not the only ones that have the right to live there.

After the appalling things the Jewish people suffered at the hands of the Europeans in the twentieth century, it is now necessary to help the Jewish people with its problems for the future instead of simply acknowledging responsibility for the past.

I am moved by the large number of nations that supported the resolution. The position adopted by the Israeli government, on the other hand, makes me sad. It seems to me that it is not far-sighted because it does not grasp the opportunities for a better future that are presenting themselves. The position adopted by the United States makes me equally sad, because the US is the only country that would really be in a position to exert a major influence.

Education for girls and women is still possible in Afghanistan, says Reinhard Eroes of the Kinderhilfe Afghanistan initiative. In interview with Elisa Rheinheimer, he talks about ... END_OF_DOCUMENT_TOKEN_TO_BE_REPLACED

We are in favour of human rights. But One Love armbands are self-righteous and ignore some fundamental issues. Stefan Buchen examines the debate surrounding the World Cup in Qatar END_OF_DOCUMENT_TOKEN_TO_BE_REPLACED

In Doha, Arabs from Morocco, Tunisia, Egypt and Algeria are gathering to celebrate the first ever FIFA World Cup to be held on Arab soil. The criticism from Europe? Over the top, ... END_OF_DOCUMENT_TOKEN_TO_BE_REPLACED

Canan Topcu came from Turkey to Germany as a child. In her essay, she describes how bothered she was by the racism she encountered in her country of origin when she travelled ... END_OF_DOCUMENT_TOKEN_TO_BE_REPLACED

All organisers use major sporting events like this year’s FIFA World Cup in Qatar primarily to advertise their country and promote a slick public image. This is not something we ... END_OF_DOCUMENT_TOKEN_TO_BE_REPLACED

A leading light of Israeli theatre, Ofir Henig has directed the Israel Festival and is the only female director to have been awarded the Israel Theatre Prize. These days, however ... END_OF_DOCUMENT_TOKEN_TO_BE_REPLACED
Author:
Daniel Barenboim
Date:
Mail:
Send via mail

END_OF_DOCUMENT_TOKEN_TO_BE_REPLACED
Social media
and networks
Subscribe to our
newsletter