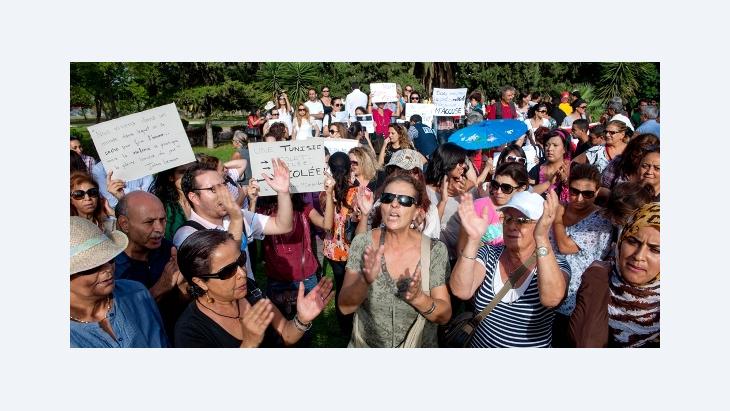 ﻿Though women across the Middle East participated actively in the Arab Spring protests that began in late 2010, they remain second-class citizens, even where popular uprisings managed to topple autocratic regimes. A Commentary by Moha Ennaji

In conducting interviews with women in the region, I am struck by their overall pessimism. They fear the loss of their rights. They see economic disintegration all around them, raising the possibility of a further increase in violence. As social bonds fray, they feel increasingly vulnerable. More than once, I heard them express the view that things were better before the revolutions.

Female representation in parliaments and government cabinets after the Arab Spring has been either absent or meager, and women activists worry that Islamist parties will implement reactionary policies that discriminate on the basis of gender. 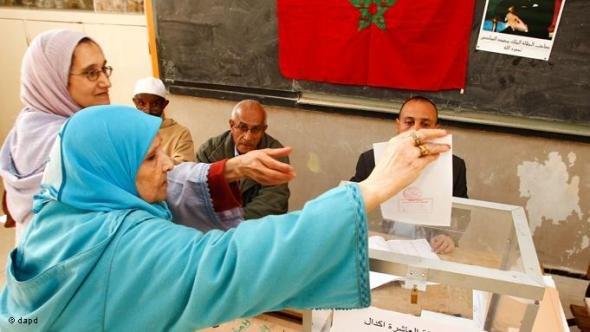 The Islamist governments now in power in several countries seem more determined than the despots that they replaced to keep women out of politics, Moha Ennaji says. In Morocco, for instance, there is only one woman in the Islamist-led government. In the previous cabinet, there were eight

​​In Egypt, for example, the Freedom and Justice Party, which dominates the parliament, claims that a woman cannot become President. Egyptian women were heavily represented in the protests that brought down former President Hosni Mubarak's regime in 2011, but they have been largely excluded from any official decision-making role ever since.

In Morocco, while there were eight women in the previous cabinet, today there is only one in the Islamist-led government.

In January, the Islamist-dominated parliament adopted a decree lowering the age of marriage for girls from 18 to 16, a major setback. Moroccan feminists have protested vigorously, but to no avail.

Parliamentary representation for women has also taken a hit. Women hold less than 1% of seats in the current Egyptian parliament; previously, they held 12%. In Libya, a first draft of the electoral law reserved 10% of seats in the constituent assembly for women, but the quota was later abandoned.

In Tunisia, the election in 2011 brought 49 women into the 217-seat Constituent Assembly. But 42 of these women are members of Ennahda, which regards Sharia (Islamic law) as the source of legislation. Long-time Tunisian activists fear that Ennahda, which dominates the assembly, will use the presence of women MPs to restrict women's rights.

Two women protesting at the funeral of Chokri Belaid. "Belaid was a voice on behalf of women's rights, and the threat of increased political violence will focus on those who advocate secular equality for all Tunisians, including women"

​​The recent assassination of the secular Tunisian opposition leader Chokri Belaid has raised the stakes for women there. Belaid was a voice on behalf of women's rights, and the threat of increased political violence will focus on those who advocate secular equality for all Tunisians, including women.

Unfortunately, conservative forces in the Arab world repeatedly turn against women when political unrest spreads. In Bahrain, several women protesters have been arrested and tortured. In Yemen, the authorities call on male relatives to "tame" their women.

In Tunisia, the most Westernized of the Arab countries, women have been attacked at universities and schools, and are being forced to wear the hijab. A woman who was allegedly raped by two policemen in September 2012 was charged with public indecency when she filed a complaint.

Likewise, in Egypt, women protesters face greater scrutiny than men. Those arrested by the military during the anti-Mubarak protests were subjected to virginity tests as a form of intimidation. Across the Middle East, Islamist militias have harassed, arrested, raped, and tortured women pro-democracy activists. The model of Iran's Islamic Revolution in 1979, which imposed second-class citizenship on women, is frequently cited as a threat in Arab countries now ruled by Islamist parties.

The connection between economics and women's rights

These countries are at a crossroads. Women make up half of the Middle East's population, and any hope of political and economic development must account for that fact. Organizations like the United Nations Development Program have repeatedly issued reports demonstrating the connection between economic decline and oppression of women. Simply put, the Arab countries will not succeed unless women are fully integrated into political and economic life. 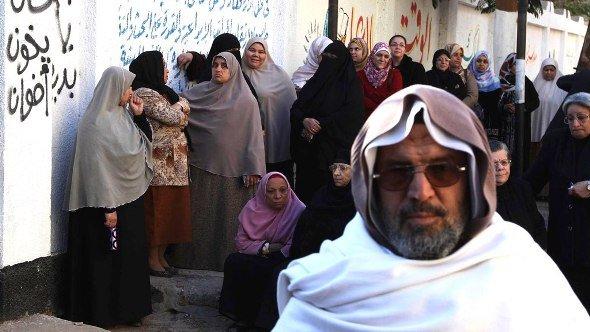 Politically and socially sidelined: Egyptian women were heavily represented in the protests that brought down former President Mubarak's regime but they have been largely excluded from any official decision-making role ever since

​​In her Nobel Peace Prize acceptance speech in 2011, Yemeni political activist Tawakkol Karman made the point clearly: "The solution to women's issues can only be achieved in a free and democratic society in which human energy is liberated, the energy of both women and men together."

Middle Eastern countries should protect and consolidate women's rights as a way to reinforce democratic ideas and habits. They must institute the Universal Declaration of Human Rights and other international laws and agreements in order to eradicate gender-based discrimination and violence. The hope for women's progress is really a hope for a decent society in which development for all is possible.

Moha Ennaji is Professor of Cultural and Gender Studies at Sidi Mohamed Ben Abdellah University and President of the International Institute for Languages and Cultures in Fez, Morocco.

The history of Jews and Muslims is far more entangled than you might imagine – but you have to listen out for it. In "Recording History", Christopher Silver takes us on a sonic ... END_OF_DOCUMENT_TOKEN_TO_BE_REPLACED

Welcome to the world of Al Qasar, where Arabic music collides head-on with punk and psychedelic to create something powerful and beautiful. "Who Are We" is a raucous, subversive ... END_OF_DOCUMENT_TOKEN_TO_BE_REPLACED

A conflict rooted in identity is currently gaining traction in Morocco. It began with demands to relieve the "burden" of Fusha (classical Arabic) by implementing a linguistic ' ... END_OF_DOCUMENT_TOKEN_TO_BE_REPLACED

The Women's Africa Cup this year in Morocco was a resounding success. The Moroccan team was the first Arab women's football team to qualify for a World Cup. By John Duerden END_OF_DOCUMENT_TOKEN_TO_BE_REPLACED

The southern shores of the Mediterranean Sea are losing sand faster than almost anywhere else. The ecological and economic damage is immense. The good news is, there are ways to ... END_OF_DOCUMENT_TOKEN_TO_BE_REPLACED

END_OF_DOCUMENT_TOKEN_TO_BE_REPLACED
Social media
and networks
Subscribe to our
newsletter