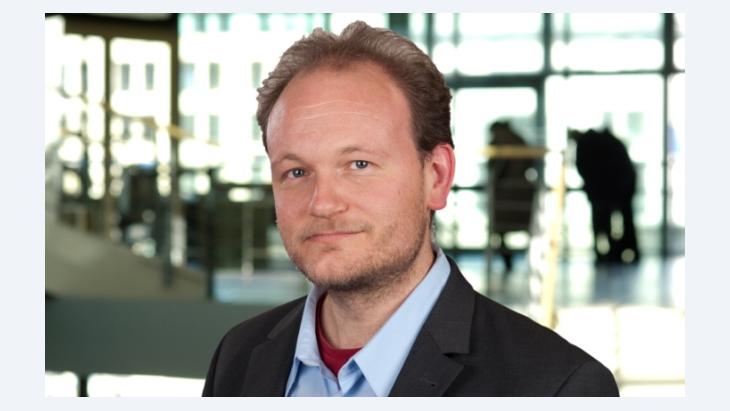 ﻿Klaus von Stosch is the most important representative of Comparative Theology in Germany. In his new reference work, Stosch writes that this course of studies is a "guide to the world of religions". Ursula Rüssmann introduces the man and his theology of dialogue

At some point, as a young Catholic, Klaus von Stosch wondered: How would I believe, if I had grown up in India, as a Muslim or a Hindu? The question arose, as the theology professor recalls today, because alongside his own "deeply consistent" Christian faith, he was also hugely fascinated by his Moroccan brother-in-law, a devout Muslim. "I asked myself what is it like for people in other cultures? And how do the two things fit together: My truth and theirs?"

These are the very same questions posed in simpler terms by today's primary school children, when they see that their Muslim friends take time off school at the end of Ramadan, and that they don't celebrate Christmas. These questions are at the heart of Stosch's academic research at the Centre for Comparative Theology and Cultural Studies (ZeKK) at the University of Paderborn. 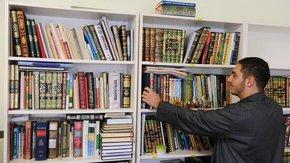 ​​Comparative Theology (CT), a theology of religion strand that is still relatively new in German-speaking countries, seeks Christian answers to questioned raised by the pluralist daily realities of modern societies. The study branch looks for ways for Christians to value other religious convictions without giving up their own. In his new reference work, Stosch writes that CT is a "guide to the world of religions". Hardly a modest claim.

Stosch is the most important representative of CT here in Germany, and primarily works in close cooperation with Muslim theologians. Last autumn, he delivered guest lectures in Christian theology to Shiite students in the Iranian city of Ghom. In January, he was a guest at the Benedictine Dormition Abbey in Jerusalem, together with the Islamic religious educationalist Mouhanad Khorchide from the German city of Münster.

The focus of the week-long workshop was eschatalogical concepts in Islam and Christianity. Perceptions of violence in the Bible and Koran is one subject on the agenda of a conference scheduled to take place in Schwerte this March, an event organised by the Paderborn centre in conjunction with the Centre for Islamic Theology in Münster and the Mercator Foundation.

The necessity of dialogue

The currency of these issues is indicative of the aim to adequately address contemporary needs: For Stosch, a reset of the relationship between Christianity and other religions is "the greatest contemporary challenge facing Christian theology" and a social necessity. 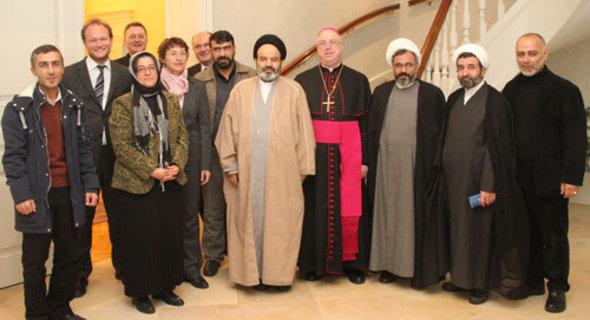 Confrontation with other faiths is becoming an everyday occurrence. Religion must therefore help us to find our identities, not in segregation from others, but in dialogue with them, says Klaus von Stosch. Pictured: Klaus von Stosch, the Archbishop of Paderborn Hans-Josef Becker with a delegation of Shiite clerics from Iran

​​As ever greater numbers of people from differing cultures share a common habitat, confrontation with other faiths is becoming an everyday occurrence. For this reason, theology must "bolster the pacifying potential of religions," says Stosch. "It must help us to find our identities, not in segregation from others, but in dialogue with them."

But how does comparative theology aim to achieve that? "It is an approach that emanates from the self, but tries to integrate the view of the self held by others into one's own theology," writes Stosch. Or in other words, anyone looking to explore the potential of comparative theology should ideally have not only studied their own, but also the theology of other religions. Stosch calls for a dose of intellectual hospitality: "It is about making space for others in my thinking, finding a way into the unfamiliar world of others, in order to allow myself to be transformed and enriched by the truths found there."

According to Stosch, CT should not simply be regarded as a new subject in the existing disciplinary curriculum, but should become a universal task for all theological disciplines. Only then can Christian theology undergo a complete reorientation, he says. He carries out a methodical and meticulous comparison of individual subjects as a way of detecting inter-religious affinities.

The Christian Trinity and the 99 names of Allah

The Trinity, for example. Upon first glance, the Christian-Trinitarian God must be a taboo for Muslims, who have a radically monotheistic image of God: "Say. He is Allah, the One and Only. Allah, the Eternal, Absolute. He begetteth not, nor is He begotten. And there is none comparable unto Him" – Surah 112. 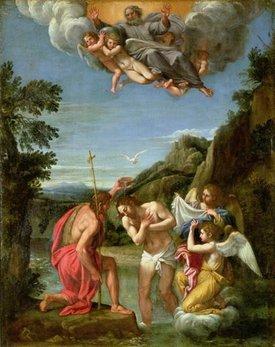 Dissent and commonality: The Christian concept of the Holy Trinity and Islam's radically monotheistic image of God. Pictured: The Trinity as depicted by Francesco Albani (1578 – 1660)

​​On the other hand, this belief has repeatedly supplied Christian theologians with justification for the superiority of Christianity: Because the Muslim God is in essence not conceivable as a correlation, they say, this also means he cannot intrinsically be a god of love. Their view is that theologically speaking, this means that plurality has no place in Allah and cannot therefore be religiously justified as a requirement of Islamic societies.

CT takes a more open view of the spiritual world of others. As a Muslim female employee in Stosch's department carried out research into liberation-theology traditions in Christianity and Islam, she encountered something that could represent an Islamic analogy to the Christian Trinity concept: the 99 names of God as mentioned in the Koran and in Islamic tradition. These names are often set out as contrasts, for example "the First" and "the Last", "the Manifest" and "the Hidden". Stosch views this as a "functional equivalent in Islam, a way for Muslims to perceive diversity in unity." But, he emphasises: "That doesn't mean there has to be an argument over who is right."

Another example: the revelation. In this regard, Stosch also sees insinuations at work against Islam on the part of Christians. These imputations present Allah as a god far removed from the people, who in the Koran only reveals his will, not himself – while Christians were allowed to believe in a god of love who disclosed himself in his incarnation, Jesus Christ. +

Modern approaches in Islamic theology draw a different picture. For example, Professor of Islamic Studies Khorchide at the University of Münster unfurls what is a true revelation theology of mercy. In the Koran, God is described 598 times as merciful, most gracious and similar – making this "self-assessment of God" his most outstanding intrinsic quality.

"God has not only revealed his mercy in words, in the Koran, but in creation itself," said Khorchide in a lecture during the Pope's visit to Berlin in 2011, quoting Surah 30, verse 50: "Contemplate the memorials of Allah's Mercy! – how He gives life to the earth after its death." The religious educationalist recognises here a "dialogic understanding" of god: "God, interpreted by Christianity as Love and by Islam as Mercy, reveals himself in perceptible and vital love and mercy here and now in this world."

Comparative Theology aims to determine commonalities such as these – without making any attempt at standardisation. The perpetual goal is to aim for concrete understanding above and beyond religious boundaries. This approach has been pursued for three years at the University of Paderborn by the interdisciplinary Centre for Comparative Theology and Cultural Studies (ZeKK). Students can follow a Bachelor's degree course in "Comparative Theology of Religions". 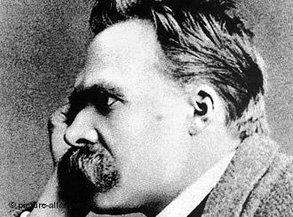 ​​The Centre also provides the opportunity for Catholic and Protestant trainee teachers, philosophy students and soon, prospective Muslim religious education teachers to attend seminars in comparative theology. Muslim and Christian theologians serve as lecturers. As part of this approach, "team teaching" by tutors of various religions is the method of choice, because it promotes and conveys an authentic, dialogic religious interaction.

The ZeKK also participates in the nationwide Graduate College for Islamic Theology, which trains staff for the new Islamic theological institutes. As part of a university dialogue programme with Iran, four Iranian Shiite clerics have been studying at Paderborn since February. Stosch emphasises that his university is "unique" in this respect: "Our post-graduate colloquium brings together local Muslims, Christians and Iranian Shiites. When they debate Friedrich Nietzsche, this triggers an immense mutual inspiration."

Opportunities for inter-religious learning and research such as this on offer in Westphalia are still lacking on many other theology courses in Germany. An anachronism, says Stosch: at least in the mid-term, all Christian theological faculties should create at least one professorship for a non-Christian religion. Above all, training for religious education teachers must be broadened to include a variety of religions – in the service of a different, more contemporary style of religious education.

"Religious education for all"

Stosch deems this to be imperative in the light of the increase in religious fundamentalism and the enormous cultural challenge this presents. Children and young people are today confronted with a vast range of potentially dangerous viewpoints "which they are unable to process critically due to a lack of religious education," he writes. For this reason, he says, "religious education for all" must be rediscovered as a mission for schools.

Not that he is calling for a supra-denominational or even a non-denominational religious education – such an approach would not be accepted by faith communities. Much more, Stosch is advocating a concept in which the denomination-oriented tuition of individual religious groups should alternate with shared tuition phases for all faith groups.

At this juncture he praises as "pioneering" a memorandum issued the Protestant Church in Germany titled "Identity and Understanding. Position and Perspectives of Religious Education in Pluralist Society". This was however written back in 1995, and is proposals are still waiting to be realised.

Since returning to power in Afghanistan, the Taliban have steadily eroded the rights and opportunities of women and girls, particularly their access to education. But Afghans are ... END_OF_DOCUMENT_TOKEN_TO_BE_REPLACED

The book "The Invention of the Maghreb: between Africa and the Middle East" prompts us to review basic terminology. This includes terms that we use almost every day as if they are ... END_OF_DOCUMENT_TOKEN_TO_BE_REPLACED

Tunisia has been going through a severe economic and political crisis in recent years. More than one in three young people there are unemployed. For many skilled, qualified and ... END_OF_DOCUMENT_TOKEN_TO_BE_REPLACED

At the end of every year, the team at Qantara.de gives you a run-down of the ten most-read articles on the site over the past 12 months. Here is a quick overview of the stories ... END_OF_DOCUMENT_TOKEN_TO_BE_REPLACED

The government in the Netherlands, one of the last European nations to abolish slavery, has made an historic apology. But some feel that there is still a long way to go. By Ella ... END_OF_DOCUMENT_TOKEN_TO_BE_REPLACED

To celebrate the bicentenary of the deciphering of the Rosetta Stone, the British Museum is running an exhibition entitled "Hieroglyphs: unlocking ancient Egypt" until February ... END_OF_DOCUMENT_TOKEN_TO_BE_REPLACED
Author:
Ursula Rüssmann
Date:
Mail:
Send via mail

END_OF_DOCUMENT_TOKEN_TO_BE_REPLACED
Social media
and networks
Subscribe to our
newsletter