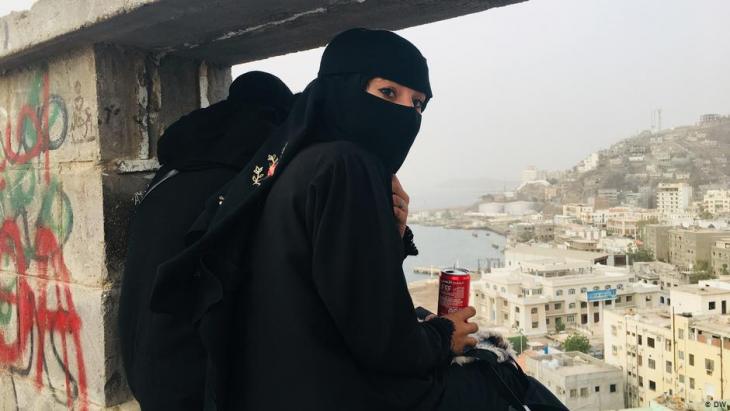 Journalists have been largely barred from Yemen. After a year of trying, DW correspondent Fanny Facsar was granted a visa. On her journey, she witnessed a deeply torn country devastated by a conflict that has been all but forgotten

It was July when I got a call from Aden, Yemen's interim capital, saying that I had been granted an entry visa for the country. It had been almost a year since my first attempt to get into Yemen. I wondered whether it would actually work out this time, or if they would send me back at Amman airport, as they had done so to many other journalists already.

I travelled from DW's studio in Lagos, Nigeria, to Cairo, then Amman, and finally into Aden, by myself and without any television equipment. Once I set foot in Yemen, I was able to start shooting footage immediately thanks to the contact I had made with a local crew 10 months previously.

The insecurity and tense atmosphere in the country was noticeable immediately. We passed numerous checkpoints in and around Aden which made clear Yemen's complex political situation. While some of these checkpoints were manned by government troops — or what was left of them — others were staffed by forces allied to Saudi Arabia and the United Arab Emirates. Some checkpoints, meanwhile, were also controlled by Southern Transitional Council (STC) separatists, who want to establish their own state in southern Yemen. Militant Islamist groups are also operating in Aden, and it's never clear when their next attack will take place.

Working as a journalist in a country where political alliances are this fluid is dangerous, especially as a foreigner. For this reason – and not just because I am woman in a deeply conservative country – it was necessary to conceal my identity by wearing a full veil. But as a woman in such a conservative society, one is sometimes granted access to parts of life off-limits to men. This is something I experienced while conducting research during a reporting trip in Saudi Arabia last year. 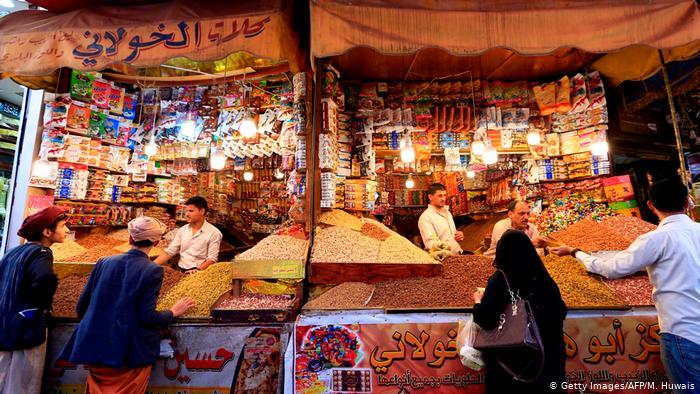 Riven with contradictions: in some regions of Yemen, people can still afford to buy food in supermarkets, while in others, many people are incredibly desperate. At a local market, for example, an older woman vented her anger, shouting: "I have only got two fish for seven people. What are we supposed to eat?"

Fatima gave me a glimpse of life in Yemen. After completing medical school, she started working in a public hospital that struggles with a lack of personnel, beds and medicine. "Sometimes," she told me, "we do not even have enough oxygen when we need to treat someone fast." One time, she said, they had to temporarily use a steam inhalator to treat an 18-month-old child who was fighting to breathe.

Ultimately, they managed to get an oxygen tank hooked up just in time to save the child's life. But not all children are this lucky. Fatima told me she will keep working without pay because "someone has to stand up for these children."

For Fatima, going home is like going to a sanctuary away from it all. Like many young women, she too wants to meet friends and socialise. But while Yemen's deeply conservative society used to be the reason women struggled to lead independent lives, today the war has made things even harder for them.

"I am still luckier than others because my family is much more open than other families in Yemen," Fatima said. "My father supports my plan to travel to Germany and make a fresh start all by myself." Whether Fatima will continue to be able to train as a doctor once she is abroad, however, remains to be seen.

The many faces of Yemen 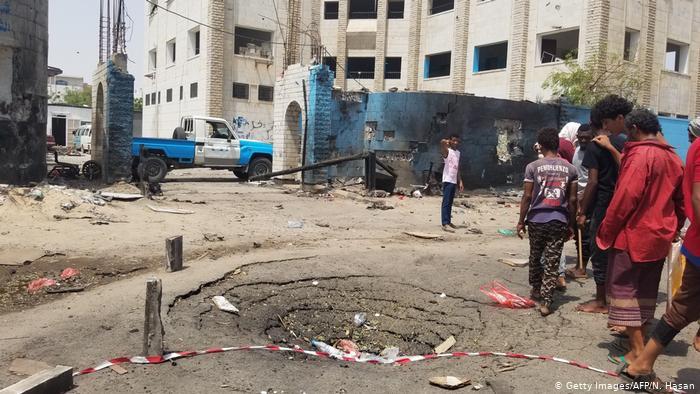 Consigned to oblivion: "it's important to shine a light on a people the world has apparently forgotten, as global attention shifts to the nearby regional tension between Iran and the United States," writes Facsar. And, all the while, Yemen's forgotten war rages on

My journey took me to many different regions of Yemen. In some places, people can still afford to buy food in supermarkets, while in others, many people are incredibly desperate. At a local market, for example, an older woman vented her anger, shouting: "I have only got two fish for seven people. What are we supposed to eat?" At the same time, there are also regions in the country where African migrants, who know very little about the prolonged Yemen conflict, trek through the desert by the hundreds hoping to reach Saudi Arabia.

I met people who, despite the widespread misery, are keen to preserve and foster the country's cultural life. They dream of going to cinemas and watching theatre. They are not only aghast that people are dying of hunger, but also appalled that their people lack culture to nourish their souls.

Several days after I left the country, a suicide bomber struck a police station near the hospital where we filmed. Yemen remains a dangerous country that is difficult to access. However, it's important to travel there and tell the stories of people suffering from a war driven by policies in which they have no say. It's also important to shine a light on the people the world has apparently forgotten as global attention shifts to the nearby regional tension between Iran and the United States. All the while, Yemen's "forgotten" war rages on.

Research project "The Global Qur'an", brainchild of Professor of Islamic Studies Johanna Pink and sponsored by the European Research Council, analyses the history and ... END_OF_DOCUMENT_TOKEN_TO_BE_REPLACED

With World Cup 2022 around the corner, Qatar has embarked on a campaign to clean up its school system. Distracting from grievous shortcomings in other areas by highlighting a ... END_OF_DOCUMENT_TOKEN_TO_BE_REPLACED

The catastrophic human rights situation in Bahrain is being largely ignored by the rest of the world. Despite all the damning evidence, which includes a Human Rights Watch report ... END_OF_DOCUMENT_TOKEN_TO_BE_REPLACED

The city of Marib is the most important place of refuge in Yemen for those displaced in the country. But fighting between Houthi rebels and government troops is currently ... END_OF_DOCUMENT_TOKEN_TO_BE_REPLACED

Ankara is seeking to improve its relations with several states in the Middle East – such as the United Arab Emirates, Egypt and Israel. There are several reasons for this. ... END_OF_DOCUMENT_TOKEN_TO_BE_REPLACED

Despite Syria's lengthy civil war, dictator Bashar al-Assad is now being courted by many governments in the Middle East as if nothing ever happened. The reasons for this vary. By ... END_OF_DOCUMENT_TOKEN_TO_BE_REPLACED
Author:
Fanny Facsar
Date:
Mail:
Send via mail

END_OF_DOCUMENT_TOKEN_TO_BE_REPLACED
Social media
and networks
Subscribe to our
newsletter