The Algerian city of Constantine still bears traces left behind by the Romans, Ottomans and the French. It has long been a centre of religious and intellectual study. Despite this, the historical old city has fallen into decay. A visit to the Arabic Capital of Culture 2015. By Jakob Krais 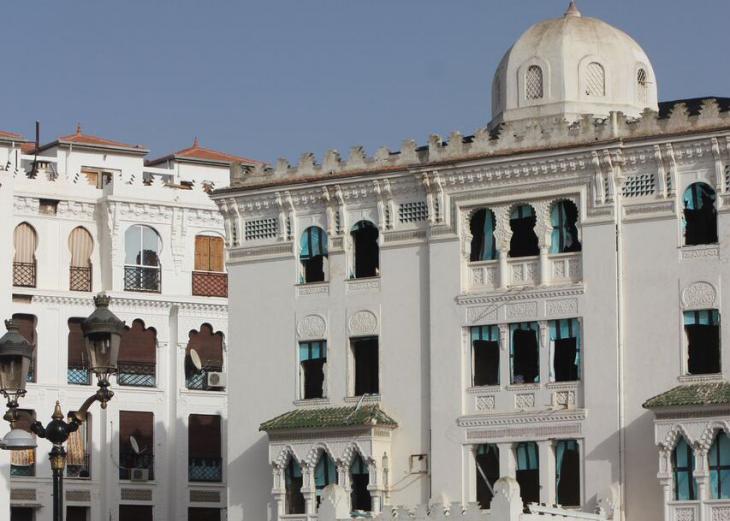 Crumbling splendour: even today, Constantine sees relatively few visitors interested in the rich cultural heritage of the past. In 2013, fewer than one million tourists travelled to Algeria – not many in comparison to the ten million who went to Morocco or the nigh-on six million who visited Tunisia. The Grand Hotel Cirta in the centre of Constantine, built during the colonial era, has seen far better days 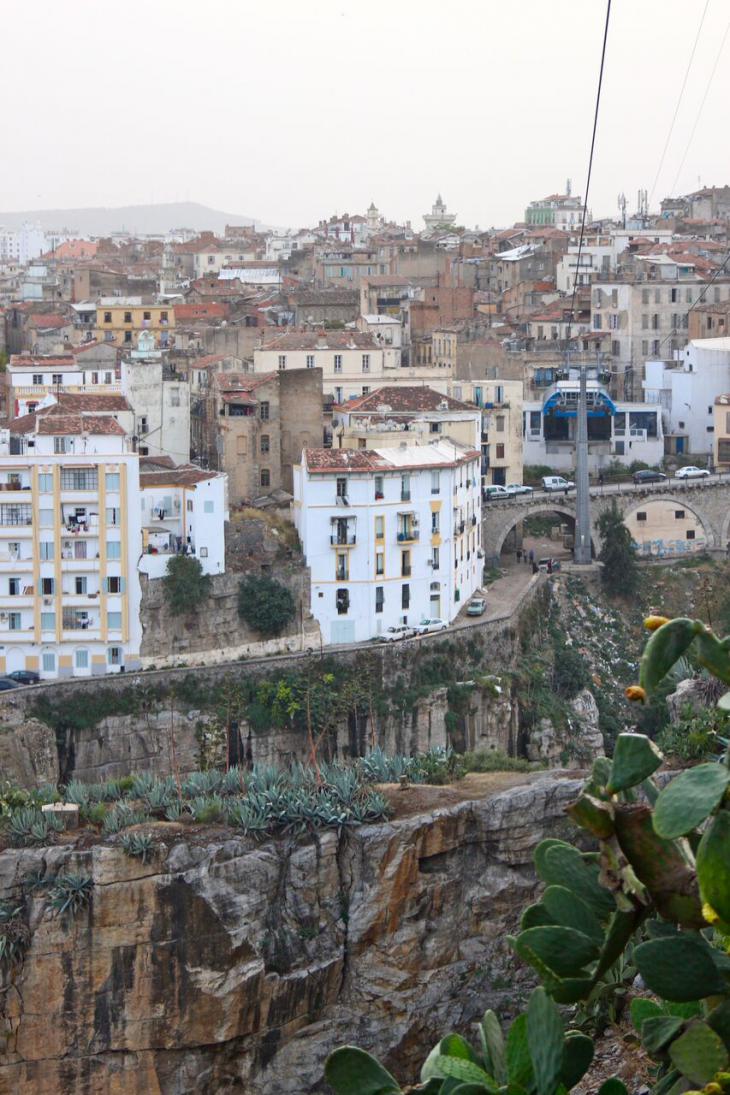 Clinging to the cliffs: Cirta, built in the 5th century B.C. on the rugged cliffs, was the capital of ancient Numidia, before it was conquered by the Romans. In 313 A.D., the city was renamed in honour of Emperor Constantine. Today, with almost a half a million inhabitants, Constantine is the third largest city in Algeria (over 800,000 people live in the greater Constantine region) 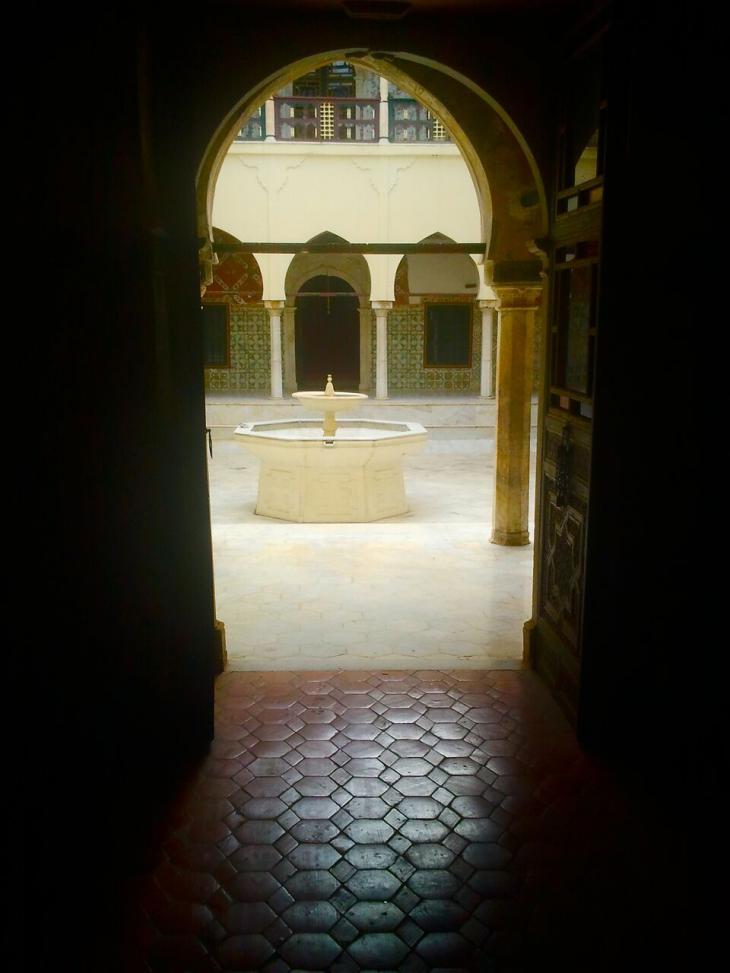 A city with a colourful past: after the Romans, Constantine was ruled by the Arabs and – later – by the Turks. Beginning in 1520, Algeria was ruled for three centuries by the Ottoman Empire. Nonetheless, it was the local Bey who held control over the cliffs of Constantine rather than the sultan in far-off Istanbul. The palace of Ahmed Bey, built in the early 19th century, is a blend of Ottoman and North African architectural styles 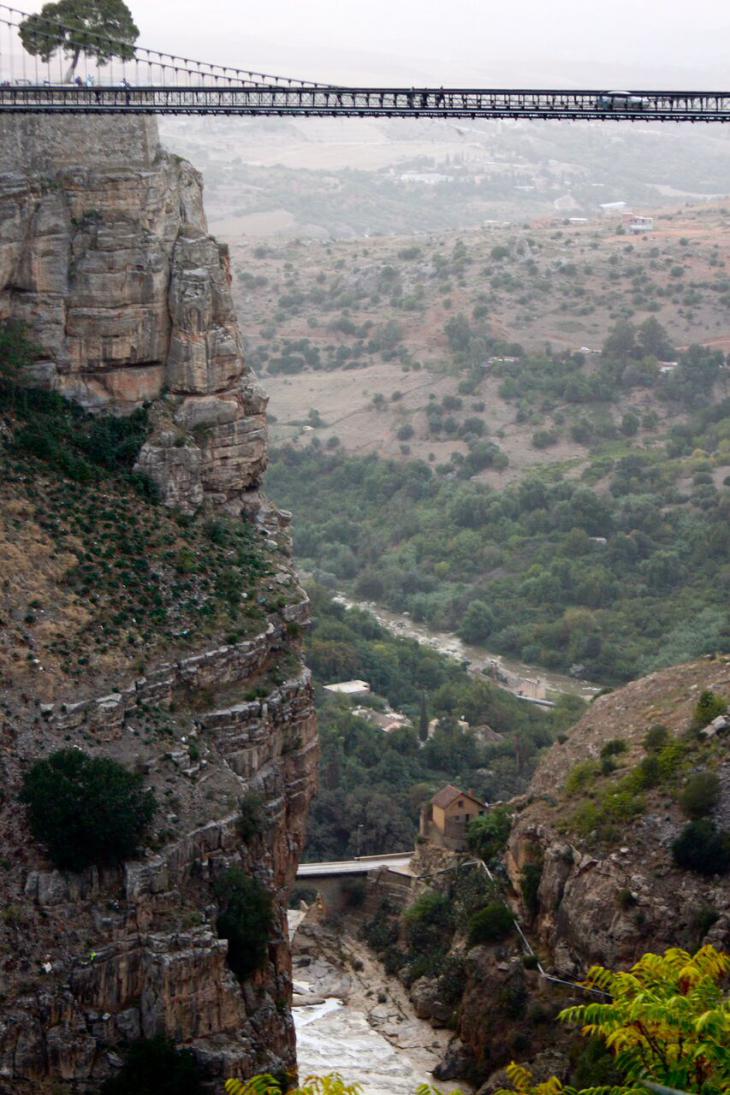 City of bridges: Constantine has long since expanded beyond the cliffs of the old city, necessitating the construction of numerous suspension bridges to span the deep ravine of the Wadi Rhummel. From their dizzying heights, such as here on the Sidi M'Cid Bridge, they offer a breathtaking view of the natural beauty in the middle of the city. The Salah Bey Bridge, completed in 2014 and with a length of 1100 metres, is the longest suspension bridge in Africa 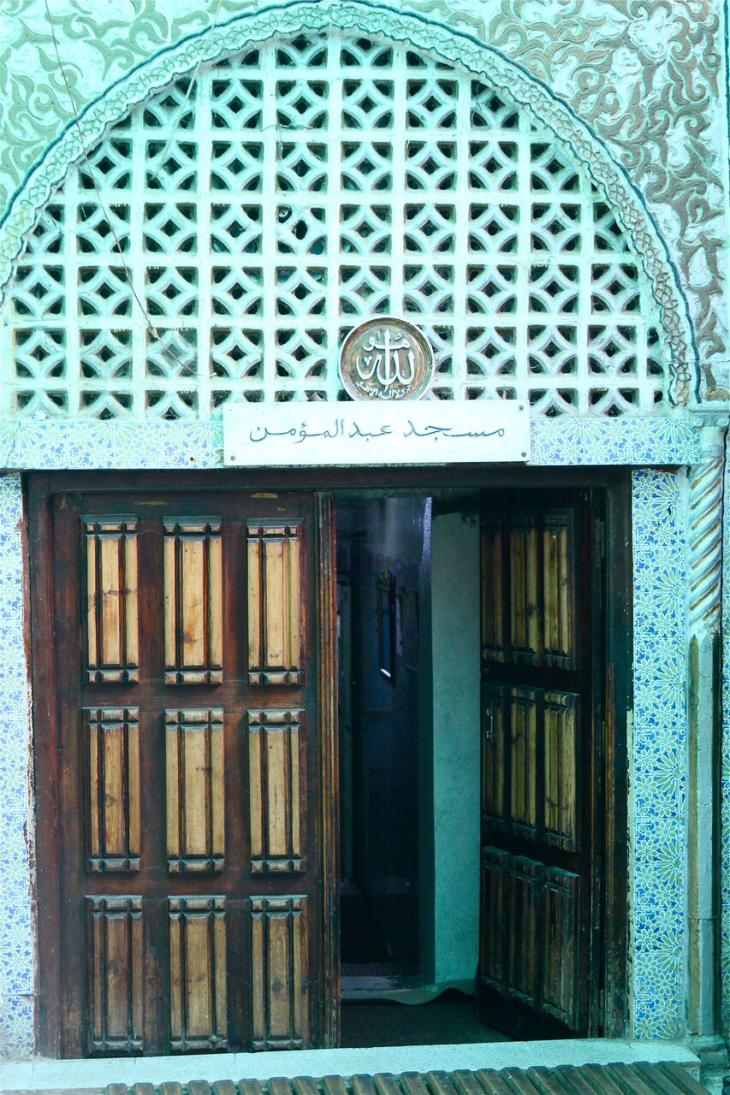 Religious metropolis: Constantine is home to numerous Islamic educational establishments and mosques from the Middle Ages and Ottoman era, such as the Sidi Abdelmoumen Mosque from the 16th century. Up until independence, there was also a large Jewish community in Constantine 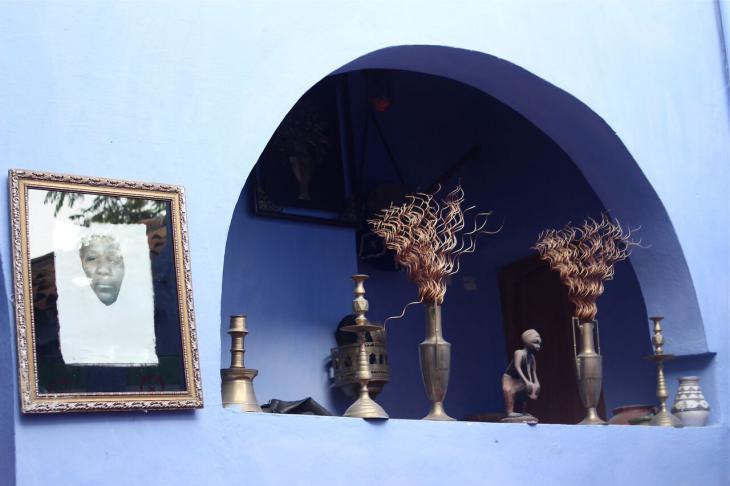 At the heart of the Sufi brotherhood: the Gnawa also have centres in Constantine. Tourists to Morocco are familiar with the descendants of former slaves, in particular those carried off to the north from present-day Mali by the caravans of the Sahara, as folklore groups. In Algeria, they perform their music and dances within the framework of the mystical rituals of their Sufi order 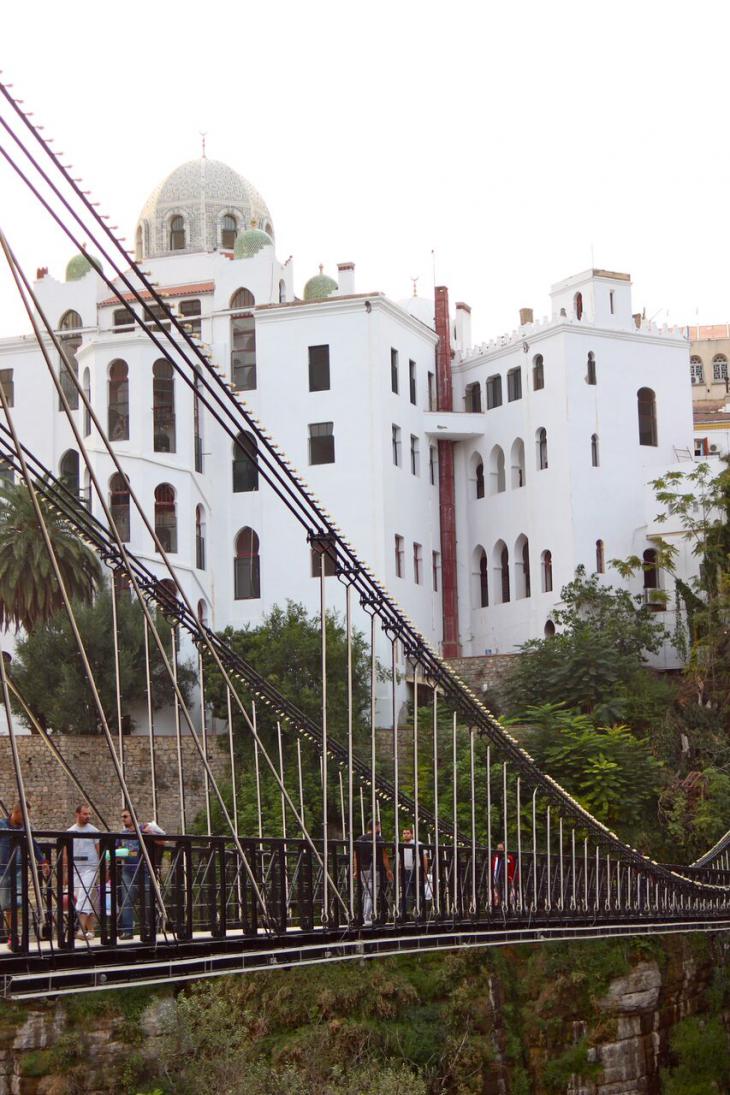 A centre of Islamic reform: in 1909, the Medersa of Constantine opened its doors as a new Koranic school. Soon afterwards, the city developed into a centre for Muslim intellectuals, who aimed to reconcile religion with modernity. Famous sons of the city include the Islamic scholar Abdelhamid Ben Badis (1889-1940) and the reformist thinker Malek Bennabi (1905-1973), both known throughout the Arab world 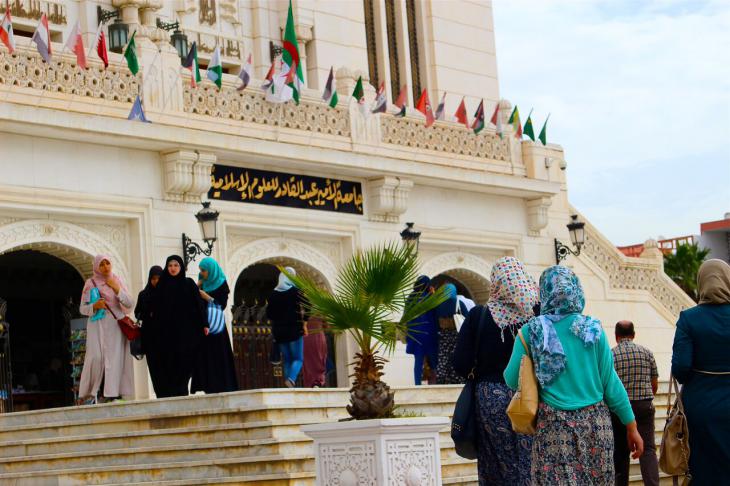 Beacon of science: Constantine has four universities, each with its own impressive architecture. The students of Mentouri University attend lectures in an auditorium built by the Brazilian star architect Oscar Niemeyer. The Emir Abdelkader University bears a striking resemblance to the Pantheon in Paris or the Capitol building in Washington. This state university for Islamic studies was built in the 1980s 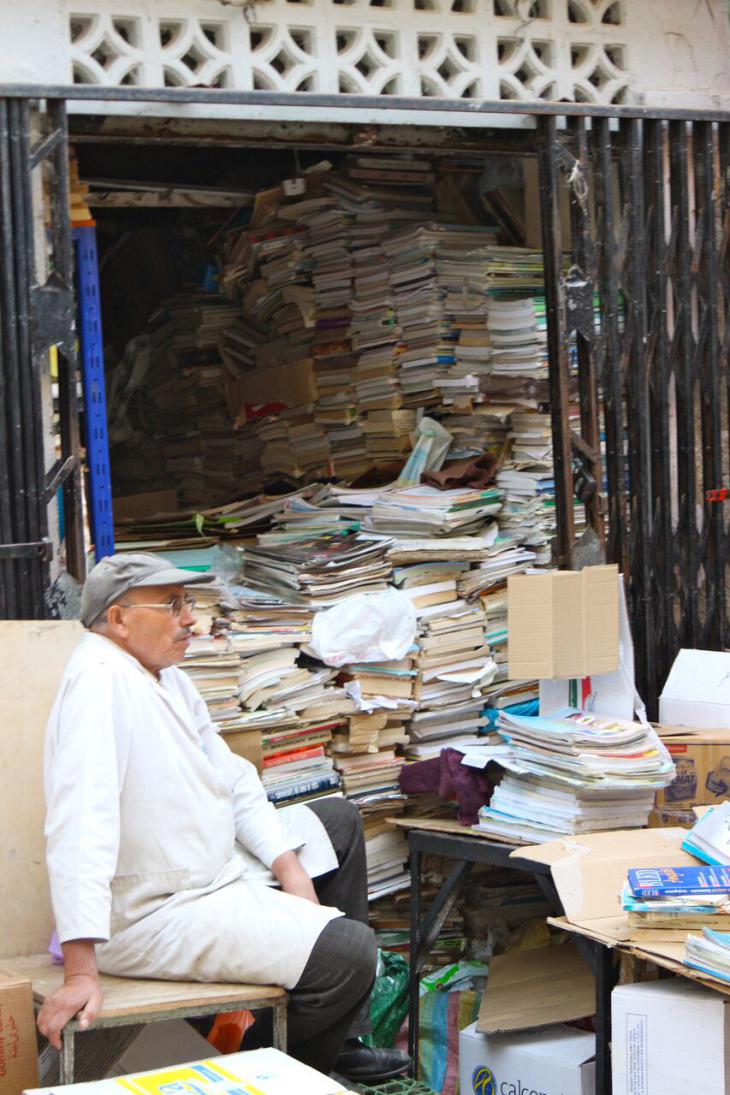 City of books: Constantine was the birthplace of Kateb Yacine (1929-1989) and Malek Haddad (1927-1978), two of the Algeria's most famous writers. During the 1950s, the renowned French historian Benjamin Stora grew up in the Jewish quarter of the old city. Even today, there are a number of small bookstores in the many narrow streets of the old city featuring the literature of these and other authors in Arabic and French 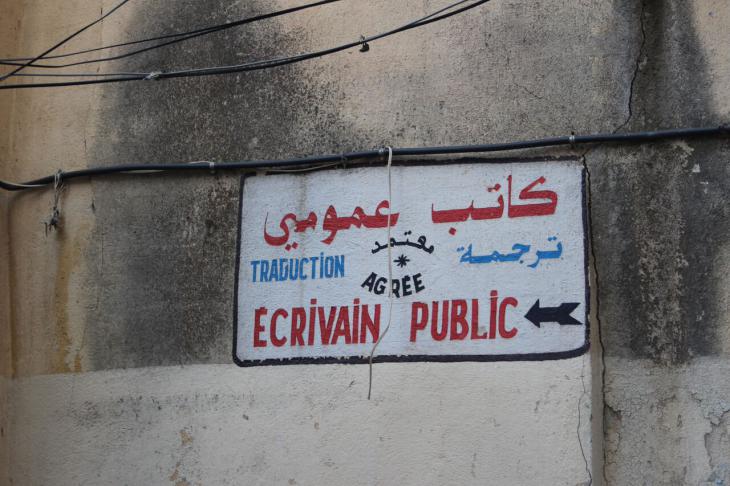 Public scribes: despite these literary traditions, the cultural capital remains home to many people who only speak the local dialect and can neither read nor write. Over a quarter of Algeria's adult population are illiterate. Whenever they have to write an official text in standard Arabic or French, they turn to one of the numerous public scribes, who can be found practising their trade on many street corners of the old city 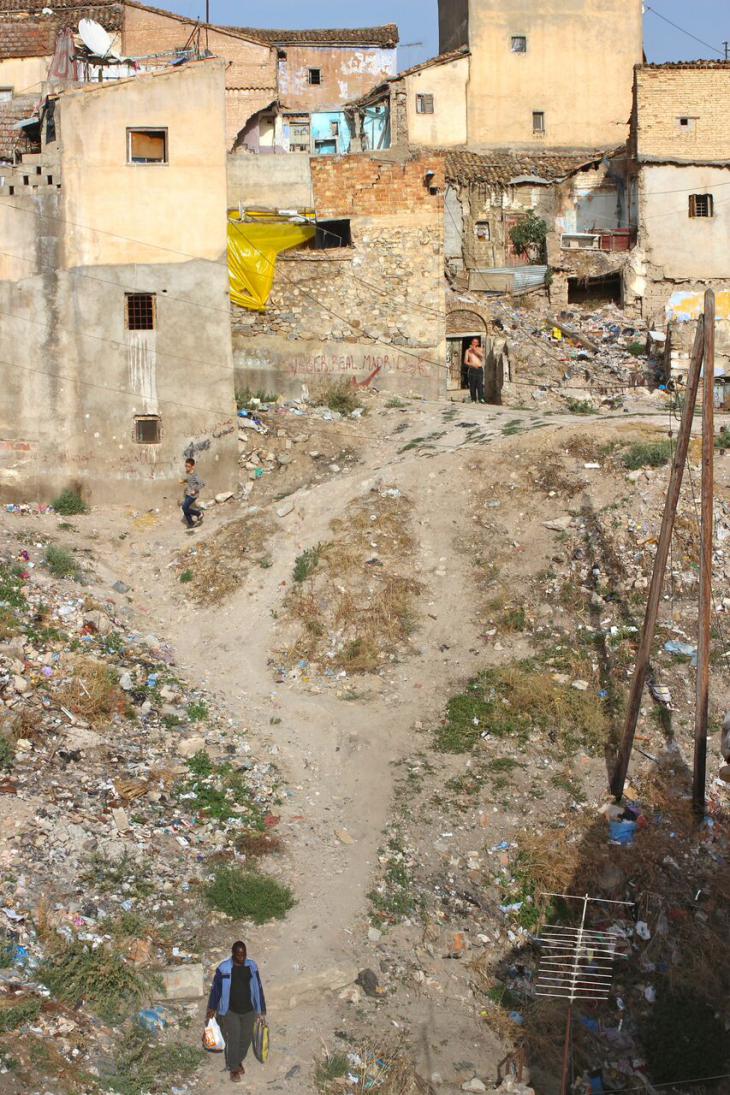 Slums built on ancient foundations: the city's well-to-do mostly live in the newer districts on the far side of the Wadi Rhummel. Constantine's poorer residents have remained on the cliffs – and parts of the old city have become slums. Here, the garbage is simply left between dilapidated houses and the remnants of ancient buildings 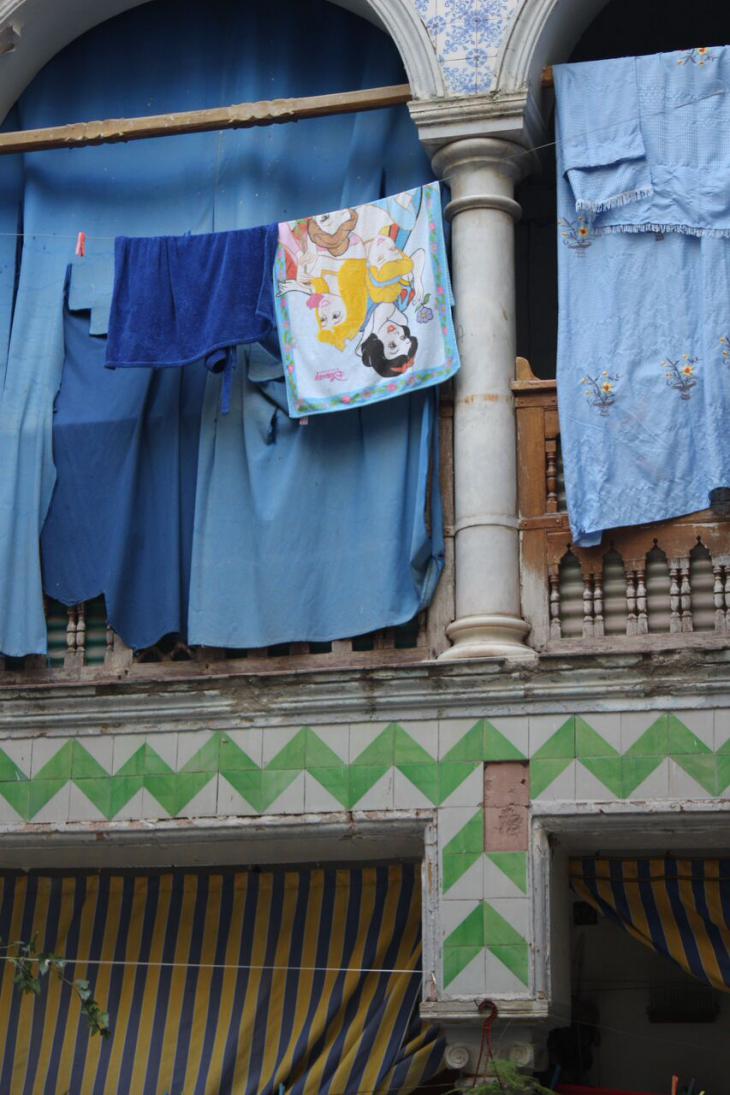 Life in a museum: historical preservation is not taken that seriously in Constantine. Historical buildings are frequently still inhabited. As the city administration does not often maintain buildings, residents apply cement to replace crumbling columns from the Middle Ages with new pillars. In this inner courtyard of a manor house from the Ottoman era, a family hangs its laundry out to dry 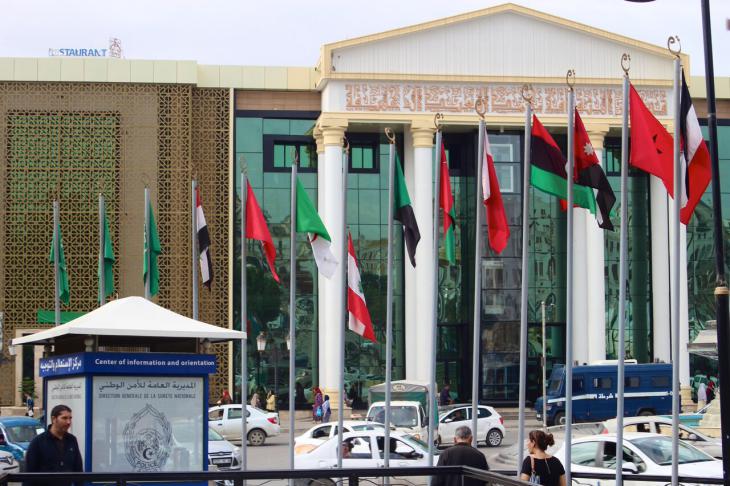 Welcoming the Arab world: the choice of Constantine as the Arabic Capital of 2015 was also coupled with the hope of attracting more visitors to the city and increasing awareness of the need to maintain historical sites. The flags of the 22 members of ALECSO, the Arab League institution responsible for education, culture and science, can be seen flying in front of Constantine's Palace of Culture. ALECSO has designated the Tunisian city of Sfax as this year's Arabic Capital of Culture

END_OF_DOCUMENT_TOKEN_TO_BE_REPLACED
Social media
and networks
Subscribe to our
newsletter