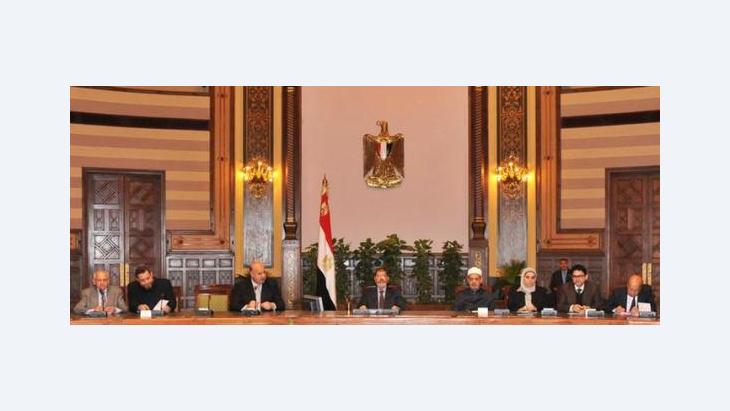 No More Time for Dialogue?

Faced with ongoing street protests, President Morsi has made some concessions. But the underlying conflict continues – and the opposition has called for more protests. Matthias Sailer reports from Cairo

Egyptian President Mohammed Morsi had called for a "dialogue" meeting with the opposition, but in the end the majority of the 50 participants were Islamists. The main opposition leaders boycotted the meeting, arguing that Morsi would grant too few concessions. Instead, they called for Morsi to rescind his presidential decree granting him extensive powers. They also demanded at least the deferral of the constitutional referendum and a new constitutional assembly.

What the opposition got, however, was the revocation of the old decree and the proclamation of a new one.

Morsi presses ahead with referendum

The opposition is opposed to Morsi's decision to press ahead with his planned referendum on December 15, 2012. The referendum was the main reason behind President Morsi's controversial decree in the first place. 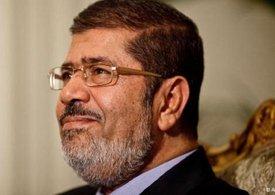 ​​Street protests continue and the military on Saturday (8 December 2012) urged Morsi to solve the crisis, warning that the situation might lead Egypt into a "dark tunnel", should the political powers fail to stem the tide. Despite the concession, it seems that Morsi has kept the upper hand in the ongoing conflict. He has shown his willingness to compromise, while holding on to his main goal.

But the ongoing conflict has deepened the rift between the government and the opposition. The latter must now decide whether to seek a total confrontation with Morsi or accept the planned referendum.

President Morsi was elected in the second round with 51 percent of the votes. Some observers believe that many Egyptians only voted for Morsi because the alternative candidate was the ousted former president's prime minister, Ahmed Shafik.

To a certain extent, the ongoing protests reflect these election results – and the opposition's fear that the Muslim Brothers and Salafists are pushing for an overly Islamist agenda. Walid, a protester in his mid-30s, told Deutsche Welle, "You can't say who is Muslim or Christian. This is Egypt. But they want to turn it into Iran. We won't accept a new Ayatollah Khomeini." 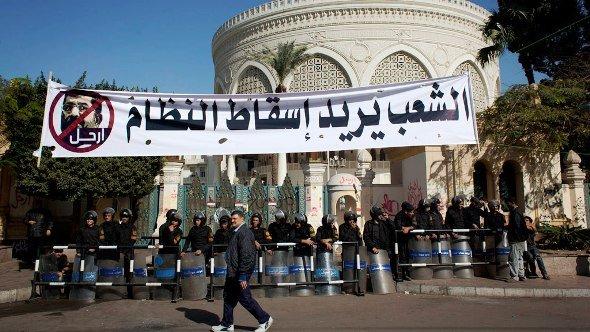 Egypt's military has warned of "disastrous consequences" if the political crisis gripping the country is not resolved through dialogue. But for a large part of the opposition, the time for dialogue is over

​​The opposition is convinced that the Muslim Brothers have repeatedly broken the promises they made. They point to the constitutional assembly as one such example: During the power struggle with the army, the Muslim Brothers had promised a balanced representation of views in Egypt. Over the last couple of months, however, many opposition members resigned from the assembly, claiming it was failing on precisely that front.

Mohammed Shahin, an electrical engineer demonstrating in front of the presidential palace told Deutsche Welle that he was opposed to dialogue with President Morsi and that he would continue demonstrating. "We don't want them to talk to him. The time for dialogue is over. The Muslim Brothers betrayed us and the people after the revolution."

The Prophet Muhammad never executed anyone for apostasy, nor encouraged his followers to do so. Nor is criminalising sacrilege based on Islam’s main sacred text, the Koran. In ... END_OF_DOCUMENT_TOKEN_TO_BE_REPLACED

Archaeologists have uncovered the remains of an ancient city in the desert outside Luxor in Egypt. They say it dates back to the golden age of the Pharaohs more than 3,000 years ... END_OF_DOCUMENT_TOKEN_TO_BE_REPLACED

Surging coronavirus cases in many parts of the world have overshadowed the start of this year's Muslim holy month of Ramadan, with festivities once again curtailed by contagion ... END_OF_DOCUMENT_TOKEN_TO_BE_REPLACED

German Middle East analyst Guido Steinberg and television journalist Ulrich Tilgner have both published new books on the conflicts in the Middle East. Their analyses and their ... END_OF_DOCUMENT_TOKEN_TO_BE_REPLACED

Televised Turkish dramas are all the rage in the Middle East. A young Ottoman TV Empire has been expanding its soft power by harnessing regional dialects, Arabic names and viewers ... END_OF_DOCUMENT_TOKEN_TO_BE_REPLACED

Nawal El-Saadawi has died in Cairo at the age of 89. The prominent doctor, activist and author became internationally known for her outcry against female genital mutilation and ... END_OF_DOCUMENT_TOKEN_TO_BE_REPLACED
Author:
Matthias Sailer
Date:
Mail:
Send via mail

END_OF_DOCUMENT_TOKEN_TO_BE_REPLACED
Social media
and networks
Subscribe to our
newsletter