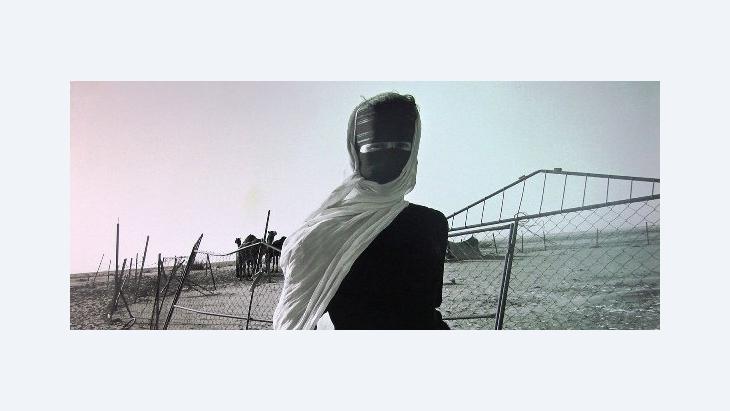 Contemporary Art in Saudi Arabia
Images of a Changing Society

﻿For a long time, there has been a great deal of scepticism towards art in Saudi Arabia. The main reason has been the state religion of Wahhabism, which offers a particularly strict reading of Islam. Yet, a small but dynamic art scene has since emerged. Kersten Knipp reports

Lines merge and run into each other, thereby forming squares, which in turn assemble into abstract geometrical forms. These are pure forms that tend to suggest rather than clearly spell out the words "Allah" or "God". This extremely abstract calligraphy by the Saudi artist Lulwah al Homoud hovers between religion and art, although it cannot be clearly consigned to either category. Calligraphy, which once served to decorated the Suras of the Koran, has since found its place in the halls of modern art. 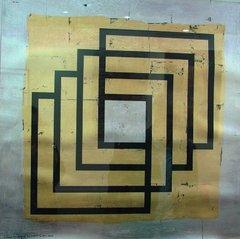 Calligraphy as an expression of spirituality: Lulwah al Homoud's "The Infinite Cube" (2010)

​​In this light, calligraphy is interpreted anew from a contemporary perspective, occasionally without any reference to religious traditions, but frequently, however, linking it clearly to its Islamic origins. And this is regardless of the individual artist's position with respect to religion, whether it is a close relationship or one based on distance. The core of religious thinking is preserved in contemporary interpretations of this historic form of drawing.

Lulwah al Homoud quite consciously places her work within a religious tradition. She regards calligraphy as an expression of spirituality – focused on inner life as opposed to the external world, nature, and landscape. Calligraphy, she explains, is a philosophy of being. And just as calligraphy has opened up to the world in its journey from Mecca to India, Persia, and Europe, the artist aims to achieve something similar in the world of art.

It has been around 60 years since the people of Saudi Arabia first came into contact with modern secular art. It arrived as a result of the Saudi oil boom, which commenced in the 1930s. Oil transformed Saudi society, and also its understanding of art. Resistance towards art and artistic activity, however, is nowhere near as intense as one might expect. On the contrary, art was introduced as a subject in secondary schools back in 1957 and, just one year later, at all other schools in the country. In 1964, the first official exposition of modern art was held.

Since then, reservations against modern art, including representative art, have continuously diminished. The art scene has steadily grown, states Abdulaziz Ashour, a Saudi artist and critic, who has just published an extensive book on Saudi contemporary art. He says the number of exhibitions are constantly on the rise and many artists have been invited to the country to participate on particular projects. There is even public discourse on art. The old reservations towards art have considerably weakened. 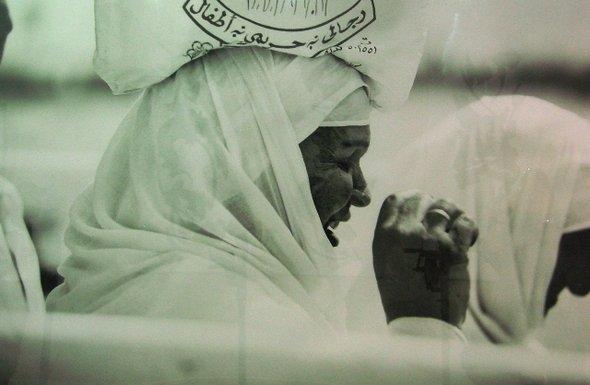 ​​One of the reasons for this may be the fact that many Saudi artists have not turned away from religion, but instead produce their works from within a religious framework. The award-winning photographer Reem al Faisal is an example. Her pictures capture daily life in Saudi Arabia – a life in which the modern world is making continuously greater inroads.

At first glance, the photos of the marketplace in her native city of Jeddah appear timeless. But a closer inspection reveals the many Asian guest workers earning their living at the market. Such are the traces of globalisation that have altered life in the old port city.

Nevertheless, Reem al Faisal's pictures possess a strong aura, emanating a sense of tranquillity, which transcends the subjects of the real world that are portrayed in it. This is her intention, explains the artist. Her work rests on the foundations of Islamic philosophy of art. It is also her aim to express a spiritual dimension to life.

Between East and West

This doesn't exclude, however, a new and unbiased approach to the modern world of images. One can see this in Reem al Faisal's photography. The faces of the photographed women are not completely covered – many feature an open gaze towards the camera without the obstruction posed by a cloth of modesty – and there does not appear to be the fear that direct eye contact violates any precepts of the religion. 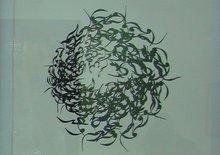 "As people wander, so does their sense of meaning." Artwork by Lulwah al Homoud

​​The women have no objection to being photographed. Reem al Faisal's superb images succeed in portraying a society in transition.

It is no coincidence that many Saudi artists live abroad, or have at least spent some years outside of the country. Reem al Faisal lives in Paris and Lulwa al Homoud in London, as does the critic Abdulaziz Ashour.

He openly stresses how important Western culture has been and continues to be for his artistic development. Ashour has been particularly influenced by literature, especially the formalist experiments of the avant-garde. This has enabled him to see the traditional art of his native land with new eyes.

Reem al Faisal expresses similar views. She is of the opinion, however, that constant travel is nothing principally unusual for Saudis. After all, they were originally nomads. Their ongoing wanderings led them long ago to become acquainted with various traditions and cultures. They learned to draw comparisons and put things into perspective. This resulted in a metropolitan culture avant la lettre and foreign elements becoming integral parts of Saudi culture.

As people wander, so does their sense of meaning. Taken to the artistic extreme, calligraphy denies the viewer quick and easy access, resisting a straightforward reading or interpretation. The viewer's gaze moves back and forth, here and there believing it recognizes something – a familiar form – in the lines, and thereby comes to recognize a particular thought.

Yet, this is exactly what modern art resists, as do those contemporary artists who are working to revive the tradition of calligraphy. Their work is an attempt in fluid thinking that is also expressed in the restless lines. They block any rigorous categorization. The eye that follows these lines must learn to constantly live with only a tentative sense of meaning.

Millions in Idlib depend on aid coming through a northern border crossing. On 10 July, the UN Security Council votes whether to keep it open. The decision may hinge not only on ... END_OF_DOCUMENT_TOKEN_TO_BE_REPLACED

Although many Arabs express sympathy for the Ukrainian people, social media reveals a current of support for Russian President Vladimir Putin that is rooted in polarisation, ... END_OF_DOCUMENT_TOKEN_TO_BE_REPLACED

Bachtyar Ali sends the hero of his latest novel – "Mein Onkel den der Wind mitnahm" – literally flying. Jamshid is so thin after his years as a political prisoner that a gust of ... END_OF_DOCUMENT_TOKEN_TO_BE_REPLACED

The murder of a female student at Mansoura University in the Nile Delta has sparked a long overdue debate on femicide in Egypt. Karim El-Gawhary reports from Cairo END_OF_DOCUMENT_TOKEN_TO_BE_REPLACED

For a century, the Kurds and other minorities in Turkey have been subject to state repression. With his dissertation "The Kurdish Question in Turkey", political analyst Ismail ... END_OF_DOCUMENT_TOKEN_TO_BE_REPLACED

END_OF_DOCUMENT_TOKEN_TO_BE_REPLACED
Social media
and networks
Subscribe to our
newsletter