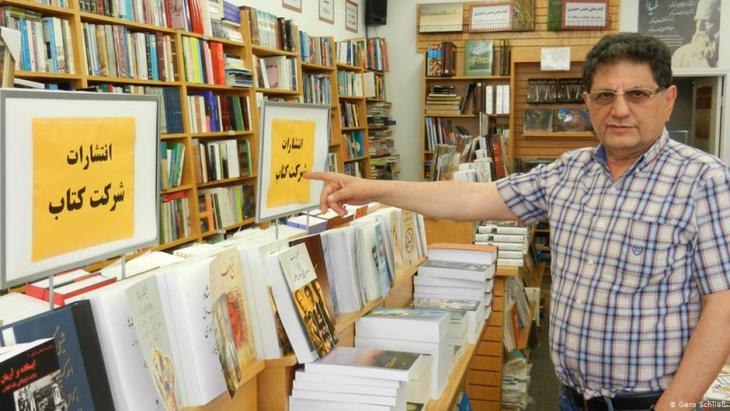 Mullahs, dictatorship, nuclear conflict – Iran could be reduced to these keywords if one were to rely only on the articles in the daily press. But to really understand a country better, you have to study its literature. And Iranian literature is just as diverse as the country itself. By Gerrit Wustmann

Iran is once again in the headlines in Western media. The usual topics can be found: Iranian-American disputes, the nuclear conflict, police violence against demonstrators, religious fanaticism, and so on. It goes without saying of course that all these things are only a small part of what Iran and Iranians are concerned with in everyday life, but it is nonetheless something that should be kept in mind in order not to succumb to a distorted image.

If you really want to understand a country, or at least to try to understand it better, you can't avoid one thing: literature. In the case of Iran, this is of course not so easy if you do not speak the Persian language, because the translations available are sparse. This is unfortunate, especially in the case of Iran, a country that can look back on a literary tradition that is thousands of years old. From Hafez to today – there are still many treasures to be found. Poems, short stories, novels. We will focus on the latter here.

A tale of heroes and martyrs 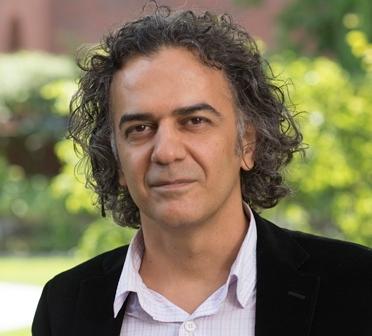 "No more heroes": in his debut novel "Scorpion", author Hossein Mortezaeian Abkenar went against the grain of the martyr cult and political propaganda narrative. For him there are no heroes. The protagonist and his comrades do not want to become martyrs. They are desperate and distraught. All they want is to stay alive

The Iran-Iraq war (1980–88) still dominates the narratives of Iranian domestic politics. The story is that of a country that, immediately after the turmoil of the Islamic Revolution, stands together against an external aggressor. A story of heroes and martyrs, after whom countless streets are named today.

There are war museums and martyr memorials, there are songs, films and books looking back on that time. Most of them have one thing in common: they tell a propaganda story.

The writer Hossein Mortezaeian Abkenar went against the grain of this narrative in his debut novel "A Scorpion on the Steps of Andimeshk Railroad Station" from 2006 (German translation by Kurt Scharf, Kirchheim Verlag 2013). For the author there are no war heroes, only losers.

Shortly before his release from the army, he looks back on the blood, misery, death, mountains of corpses and killing. He remembers his sympathy for the Iraqi soldiers and that on the battlefield it doesn't matter which side you're on. The protagonist and his comrades do not want to become martyrs. They are desperate and distraught. All they want is to stay alive.

Abkenar tells of his own experiences here. He was a young solder at the front. The content of his book is as disturbing as it is fascinating and ambitious. By constantly changing the narrative perspective, switching between first and third person, and sometimes reproducing gruelling streams of thought completely without punctuation, Abkenar formally mirrors his characters' inner turmoil.

There is no happy end, and the Scorpion leaves behind nothing that could be used to promote national unification.

Amir Hassan Cheheltan's novel "Iranian Dawn" (German translation by Jutta Himmelreich and Farsin Banki, Kirchheim Verlag 2015), on the other hand, was even recognised as the Book of the Year by the Iranian Ministry of Culture in 2007 – but only after the censors excised large passages. The German edition is the only complete edition to date. 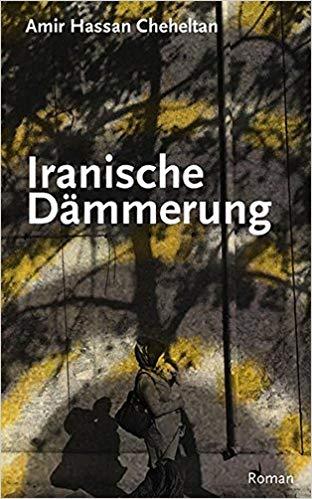 Amir Hassan Cheheltan's novel "Iranian Dawn " brings home the enduring complexity and controversial nature of this revolution, which created a regime that has now been rejected by four-fifths of the population, according to a parliamentary study conducted a few years ago

When Cheheltan tried to refuse the dubious honour, the ministry insisted that he could not refuse the award because it was for the book, not the author. "Iranian Dawn" brings home the enduring complexity and controversial nature of this revolution, which created a regime that has now been rejected by four-fifths of the population, according to a parliamentary study conducted a few years ago.

In 1979, Cheheltan's protagonist Iraj returns to Tehran after 28 years away. He is looking for his country's new dawn after the abdication of the Shah regime, but all he finds is a gloomy dusk before another long night. The peaceful atmosphere of his childhood has vanished, just like the streets, which he no longer recognises.

His relationships with his wife and father are broken beyond repair. His shattered private life reflects the condition of his country, which careens from one nightmare to the next. It is an oppressive panorama of hopelessness, in which politics pervade the lives of the protagonists so deeply that all of their personal life plans are doomed to fail.

Based on these three examples, it might appear that war and revolution are dominant themes in contemporary Iranian literature, but that's not the case, although they certainly play a major role. Sometimes, however, the seemingly narrow selection of themes has more to do with the criteria according to which publishers select books for translation.

In the past twenty years, numerous authors have devoted themselves to completely different subjects. Modern Iranian literature is shaped by women. The authors Fariba Vafi, Zoya Pirzad and Sara Salar all write books that are bestsellers in Iran.

Iranian author Fariba Vafi is adept at describing everyday scenes and concealing within them something ambiguous, in parts strange and grotesque. She writes novels – which have ... END_OF_DOCUMENT_TOKEN_TO_BE_REPLACED

In her latest exhibition in Japan, Farzaneh Khademian depicts figures who seem detached from their surroundings. In interview with Qantara.de, the Iranian photographer and painter ... END_OF_DOCUMENT_TOKEN_TO_BE_REPLACED

The catastrophic human rights situation in Bahrain is being largely ignored by the rest of the world. Despite all the damning evidence, which includes a Human Rights Watch report ... END_OF_DOCUMENT_TOKEN_TO_BE_REPLACED

Talks to salvage the 2015 Iranian nuclear deal have entered their eighth round in Vienna. Even if a deal is struck and some of the sanctions are lifted, the state of the Iranian ... END_OF_DOCUMENT_TOKEN_TO_BE_REPLACED

Every year in December, the team at Qantara.de takes a look back at the articles that proved most popular with our readers. This year is no different. Here is a run-down of the ... END_OF_DOCUMENT_TOKEN_TO_BE_REPLACED

END_OF_DOCUMENT_TOKEN_TO_BE_REPLACED
Social media
and networks
Subscribe to our
newsletter