Fariba Vafi's novels, three of which have German editions so far, are delicate, linguistically sophisticated gems. Hardly any other author has so perfectly mastered the art of looking behind the scenes of everyday life in Iran.

At the core of her stories is the family and mostly young women whose wishes and dreams do not differ so much from those of their peers in the West, but who have one thing in common: their ambitions fail due to social and family expectations, economic constraints and the narrowness of the political system, which always has an impact on the private sphere.

Vafi skilfully bypasses the mechanisms of censorship by letting all critical issues smoulder just below the surface, though still impossible to overlook. This is the case with Scholeh, for example, the protagonist of her latest novel with the distinctive title "The Dream of Tibet" (German translation by Jutta Himmelreich, Sujet Verlag 2018). Her uncle Sadegh has just been released from prison, and the context and certain hints make it clear that he was imprisoned for political reasons. Sadegh just wants to get away, seeing no future for himself in Iran. Scholeh becomes increasingly withdrawn as she observes the desolate expressions on the faces all around her 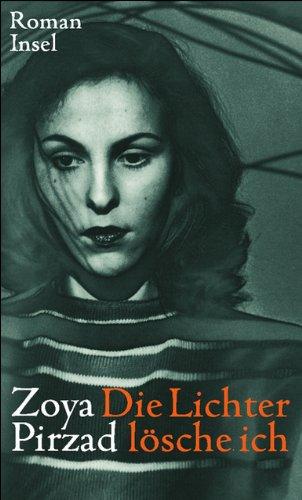 The Iranian Madame Bovary: the story by the Armenian-Iranian author Zoya Pirzad takes place in the 1960s, in the Shah era, but between the lines also reflects the present state of mind. Protagonist Clarisse is in her late thirties when, worn out by household chores and taking care of the children, she wonders when she has ever done anything for herself

The Neue Zuricher Zeitung called Zoya Pirzad's hugely successful novel "I Will Turn off the Lights" (German translation by Susanne Baghestani, Insel Verlag 2006) the "Iranian Madame Bovary". The story by the Armenian-Iranian author takes place in the 1960s, in the Shah era, but between the lines also reflects the present state of mind. Protagonist Clarisse is in her late thirties when, worn out by household chores and taking care of the children, she wonders when she has ever done anything for herself.

She is only marginally interested in the political ambitions of her left-leaning husband, which sometimes worry her, although their relationship is pretty much dead anyway. Soon she makes the acquaintance of a new neighbour, whom she instantly gets along with. If only it weren't for her over-protective mother with her endless concerns.

"I Will Turn off the Lights" is an easy-going and by turns funny and melancholy novel about interpersonal relationships, midlife crises, and the ups and downs of everyday life in the Armenian-Christian milieu of the Iranian city of Abadan – as far removed from the capital's affairs as can be.

In the chaos of Tehran

Broken relationships are also the subject of Sara Salar's novel “I'm Probably Lost” (German translation by Jutta Himmelreich, Kirchheim Verlag 2014), which was hugely successful at first and was then banned. In the middle of the chaotic traffic of Tehran, the protagonist, who has just picked up her little son, has an identity crisis.

She begins to question all of her life choices. Did she marry the right man? Was having a child the right decision? Wasn't her long-lost friend Gandom, whose voice haunts her thoughts, always right in all of her criticisms? Can the psychiatrist actually help her, or is she just wasting her time?

All these questions, this inner unrest and dissatisfaction, send her hurtling into an outbreak of self-determination – something that is still often taboo for women in Iran today. To rebel against husband, family and society, even if only in small details. Salar's novel is captivating, the voice of her main character as lifelike as if you had known her for a long time, as if you were sitting next to her in the car. Her voice becomes a symbol of a life that has hit a dead-end and cannot continue in its long-suffering meekness.

Speaking of continuing: These six novels, these six very different literary voices are merely a start; an entree. They can open doors for all those who are interested in contemporary Iranian literature and who want to get to know the country beyond all the agitated headlines.

On Friday, Iranians head to the polls to elect a new president. What's at stake in this presidential election? Sanam Shantyaei explains. END_OF_DOCUMENT_TOKEN_TO_BE_REPLACED

For centuries, the great classical Persian author Hafez has inspired German writers. Translations, adaptions and homages have been created in his wake, and the process continues ... END_OF_DOCUMENT_TOKEN_TO_BE_REPLACED

In the run up to Iran’s presidential election, Supreme Leader Ayatollah Ali Khamenei has sought to entrench his power. Alex Vatanka asks whether a sharp slump in voter turnout ... END_OF_DOCUMENT_TOKEN_TO_BE_REPLACED

Turkey's parliamentary and presidential elections are scheduled for June 2023. But they are already casting a shadow. While the opposition is calling for early elections, ... END_OF_DOCUMENT_TOKEN_TO_BE_REPLACED

Despite promises to the contrary, the social and economic situation in Iran deteriorated under President Rouhani, prompting two nationwide revolts in recent years. Yet the social ... END_OF_DOCUMENT_TOKEN_TO_BE_REPLACED

END_OF_DOCUMENT_TOKEN_TO_BE_REPLACED
Social media
and networks
Subscribe to our
newsletter