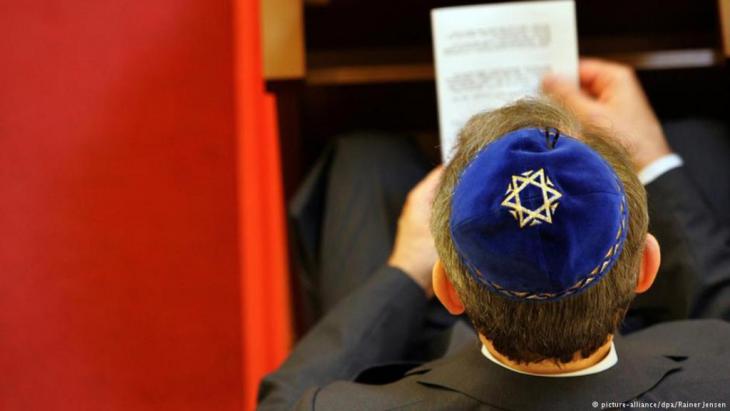 An anti-Semitism documentary that aired recently on the German public channel ARD has come under fire for distorting the truth. To date, the ensuing debate has focused on censorship in public television broadcasting, poor communication and a commitment from the BILD tabloid newspaper to investigate the matter. But little attention has been paid to the nub of the issue: the film and its weaknesses. Commentary by Stefan Buchen

Anti-Semitism is an age-old phenomenon, considerably older than the term that describes it. The same stereotypical portrayals of "Jews" recur in a variety of places and at various times. Majority society has routinely apportioned blame to the Jews for every possible unpleasantness, from polluted wells through to inflated prices. The Jews are the archetypal politically and socially vulnerable "others", ideally suited to the role of scapegoat. Today, anti-Semitic, anti-Jewish sentiments are encountered all over the world.

The explanations given for anti-Semitism are many and varied: religious, aesthetic, racist, you name it. It is important to note that anti-Semitism articulates itself in a spectrum of nuance depending on the historical context, displaying varying degrees of potency as a result. The consequences of anti-Semitism were never more terrible than under the brief rule of the Third Reich. They were so terrible that it is difficult to compare Hitler Germany's policies on Jews with other historical manifestations of anti-Semitism.

But this is exactly what has been done by the authors of the television documentary film "Auserwaehlt und ausgegrenzt" (Chosen and Ostracised). They draw a direct line from Palestinian President Mahmoud Abbas to Julius Streicher, Hitler's Gauleiter in Franconia and publisher of the National Socialist propaganda newspaper "Der Stuermer" (Streicher was sentenced to death at the Nuremberg trials and hung).

Palestinians as heirs to National Socialism?

From the outset of their film, Joachim Schroeder and Sophie Hafner make their chief concern abundantly clear: they are setting out to portray the Palestinians as the heirs to National-Socialist anti-Semitism. Mahmoud Abbas and Hamas have taken the baton of hatred from Hitler and his party! And other Muslim forces emulate the example of the Palestinians, from Khomeini through to the contemporary radical suburban Muslims in Paris and Berlin!

Historical facts appear to prop up this narrative. The former Mufti of Jerusalem Muhammad Amin al-Huseini resided in Berlin from 1941 to 1945 as a courtier of Hitler and advocated the German mass murder of the Jews. Following World War Two, the (unreconstructed) anti-Semite Huseini returned to the Middle East. An ugly echo of National-Socialist ideology can indeed be heard in the ideas of Middle-Eastern movements, from the Muslim Brotherhood to the Baath Party. 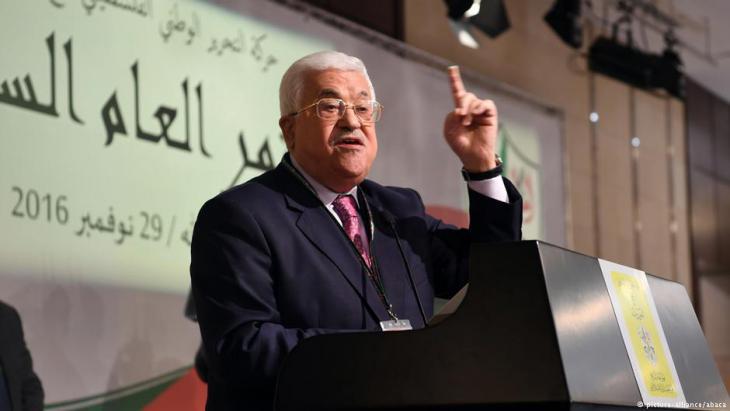 The television documentary "Auserwaehlt und ausgegrenzt" (Chosen and Ostracised) draws a direct line from Palestinian President Mahmoud Abbas to Julius Streicher, Hitler's Gauleiter in Franconia and publisher of the National Socialist propaganda newspaper "Der Stuermer" (Streicher was sentenced to death at the Nuremberg trials and hung)

But has anti-Semitism post-WW2 ever been the dominant motor driving political movements in the Arab-Islamic world? Does hatred of the Jews drive the Palestinians in their conflict with Israel? Is Mahmoud Abbas comparable with Julius Streicher, when he blathers on about a rabbinical plot to poison Palestinian drinking water?

The film answers these questions in the affirmative, thereby abdicating any claim it might have had to credibility. It becomes a propagandist concoction. A distorted picture emerges that simply does not reflect reality.

The documentary filmmakers explain to us that the Palestinians in the West Bank and Gaza are doing well. Those who want work can find it in the Israeli settlements. A Palestinian labourer with confident Hebrew is interviewed as a chief witness. Gaza is not a large prison, as is always claimed. The proof: the documentary filmmakers have no trouble entering it, "through the door". And they soon set about deconstructing the myth of the repressed.

Hamas functionaries have built themselves "magnificent villas with mosques on the beach". Owing to international support, the Palestinians are the most carefully cosseted people on Earth, say the filmmakers. No other nation receives so much money per capita, they say. And despite this, all their leaders can think about is the destruction of the Jews! It is almost beyond belief, but the film revives anti-Semitic cliches in order to suddenly turn these against the Palestinians.

In Gaza, the viewer sees well-nourished students, urban everyday life. The viewer does not get to see the huge destruction left over from the 2014 war, which is still evident in parts of the Gaza Strip. And in order to show how much space the Palestinians have in Gaza, the authors make a comparison: in Paris the population density is four times as high! It would be wrong to call such arguments "polemic".

Polemic can be inspiring or entertaining. But the authors' arguments are simply embarrassingly stupid. Just to clarify: the French capital has a relatively sparsely populated hinterland. We only have to think of the Forest of Fontainebleau. The Gaza Strip has absolutely no hinterland, no compensation area. It ends at the highly fortified borders with Israel and Egypt.

Human rights activists as enemies of the state 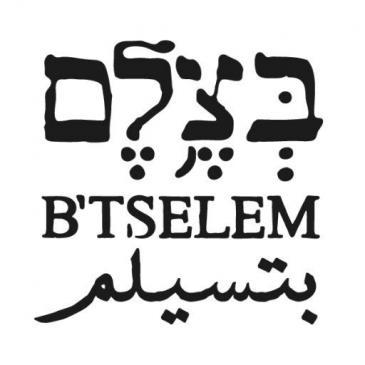 Human rights organisation under pressure: "B′tselem" is the Jewish call for liberty, equality and fraternity. Employees of the organisation also naturally include the descendants of Shoah survivors. It is intolerable that German filmmakers defame this organisation, as is the case in the documentary "Auserwaehlt und ausgegrenzt", criticises Stefan Buchen

Without spelling it out, the authors adopt the exact same viewpoint as that of the Israeli Prime Minister Benjamin ("Bibi") Netanyahu and his government. In this world view, it is not only the Palestinians that are the enemy, but also Israeli human rights organisations such as B′tselem, because they document and thereby criticise reckless acts committed in the occupation of the West Bank. The documentary accuses B′tselem of "cheap anti-Israeli propaganda", while failing to give B′tselem representatives the opportunity to respond to this accusation.

The Hebrew name "B′tselem" is derived from the Book of Genesis. It means literally "in the image of". The complete quotation says God created man in his own image. Human life is therefore the ultimate asset of creation. By naming itself thus, the association – founded in 1989 during the first Intifada – follows the tradition of 18th century Jewish enlightenment (haskala). Scholars such as Moses Mendelssohn viewed the Bible quotation as the Jewish statement on human rights.

In other words: "B′tselem" is the Jewish call for liberty, equality and fraternity. Employees of the organisation also naturally include the descendants of Shoah survivors. It is intolerable that German filmmakers defame this organisation, as is the case in the documentary "Auserwaehlt und ausgegrenzt".

It is not anti-Semitism that drives the Palestinians, but the battle over the division of territory between the Mediterranean and Jordan. Criticism of current Israeli government policy is not necessarily anti-Semitic, nor is it anti-Zionist. Both terms do little to help in an analysis of the current situation.

Netanyahu and his government espouse an excessive Israeli nationalism aimed at exploiting the weakness of their neighbours. Anyone who is reasonably well-informed will know that Israeli society is no longer as "open and liberal" as it once was, nor as the filmmakers claim. That unbridled nationalism will continue to stoke the flames in an already chaotic region is a view shared by both international left-wing groups and indeed the German government.

In Germany, at the Protestant church congress, in rap groups and among right-wing radicals, the filmmakers did find pro-Palestinian activists motivated by anti-Semitism. If they had focused on this and on similar groups in other European countries, they would have been justified in their claim to have made a film about "hatred of the Jews in Europe". 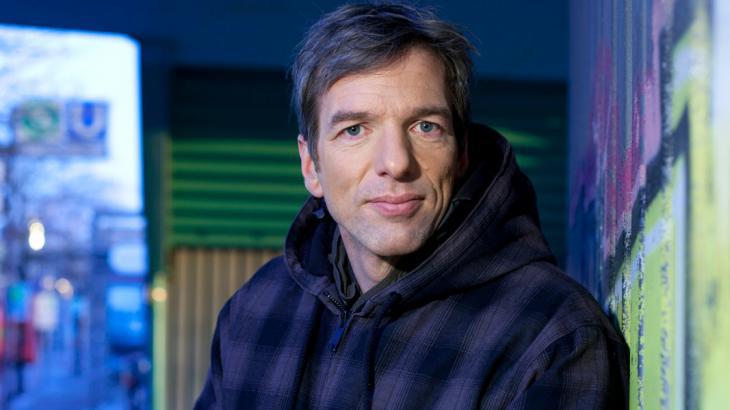 Stefan Buchen works as a television journalist for the ARD political magazine “Panorama”. From 1993 to 1995, he studied Arabic Language and Literature at the University of Tel Aviv

But that was obviously not what the authors set out to do. They cherry-picked facts and threw these into the pot with half-truths and tendentious expert analysis to produce, in the end, ″Bibi″ TV.

WDR, which originally produced the film for arte, has conceded "nuts-and-bolts shortcomings". A fine way of overlooking the actual issue. As if the Germans are practice-orientated craftspeople who occasionally hammer a nail in crooked. The "nuts-and-bolts shortcomings" cannot disguise the fact that the film as a whole is fatally flawed. The decision taken by arte's programme directors not to broadcast was the correct one. The decision taken by ARD to go ahead and show the film marks the low point of this scandal.

Since 1945, Germans have attempted to deal with the Holocaust in the Third Reich in a whole variety of ways: suppression and denial, "reparation" and reconciliation, commitment to peace in the Middle East and putting Israeli security on a par with German reasons of state. Or, as the filmmakers are doing, they say: Hitler was not alone, the Palestinians are just as anti-Semitic as the Fuhrer.

All these strategies have one goal in common: to reduce the burden of the past. What′s apparent is that this is not something that′s going to be achieved in a hurry. The scandal surrounding the anti-Semitism documentary is just one more indication of this.

Ayaan Hirsi Ali’s new book "Prey" claims to examine how Muslim immigration threatens the rights of Western women. Indeed the injustices women face only seem to matter to her when ... END_OF_DOCUMENT_TOKEN_TO_BE_REPLACED

The Saudi national team is set to play the German Olympic squad at the Olympics in Tokyo later this month – a chance for the outsiders to make their mark. At the same time, and ... END_OF_DOCUMENT_TOKEN_TO_BE_REPLACED

I regret very much that I worked for the Bundeswehr. If the Taliban knock on my door, I hope they shoot me right away. Guest article by Ahmad Jawid Sultani END_OF_DOCUMENT_TOKEN_TO_BE_REPLACED

Muslims in Europe regularly experience threats, witness attacks and are the target of hate across national borders. Now the Council of Europe, the continent's leading human rights ... END_OF_DOCUMENT_TOKEN_TO_BE_REPLACED

The final defeat against Italy hurt England – but the racist insults against Saka, Sancho and Rashford were far more painful, revealing the deep rift running through English ... END_OF_DOCUMENT_TOKEN_TO_BE_REPLACED

END_OF_DOCUMENT_TOKEN_TO_BE_REPLACED
Social media
and networks
Subscribe to our
newsletter