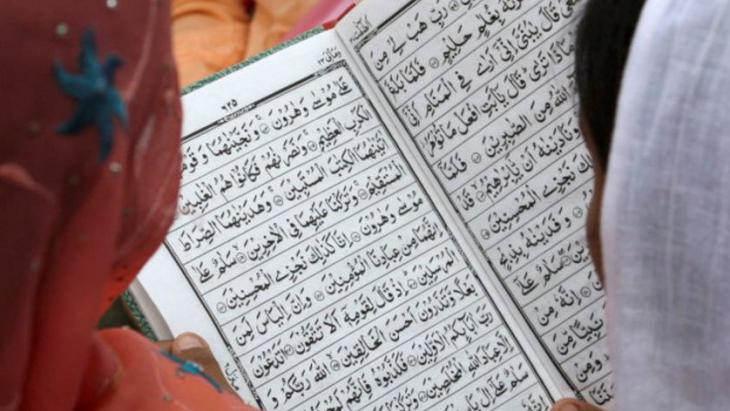 In France, the publication of a manifesto that calls among other things for the removal of certain verses from the Koran and seeks to pave the way for state intervention in religious matters has triggered heated debate. Farid Hafez has the details

At the end of April, the French daily Le Parisien published a manifesto on what is being referred to as 'new anti-Semitism'. About 300 renowned personalities from the most diverse sections of society signed the appeal, including among others former President Nicolas Sarkozy and former Prime Minister Manuel Valls.

Essentially, the term 'new anti-Semitism' is taken to mean that present-day anti-Semitism no longer emanates from the radical right wing, as it did in the past, but is, in contrast, primarily the preserve of Europe's Muslims. Critics say that the roles of victim and perpetrator are reversed by shifting the focus to Muslims, a large proportion of whom are marginalised socio-economically, and simultaneously taking anti-Semitism out of the realm of majority society and relieving the New Right – where anti-Semitism remains virulent to this day – of all responsibility.

Moreover, the New Right has in recent years successively embraced this discourse and taken it on board in order to be in a position to side with the Jews against the Muslims. The fact that a pan-European delegation of FPO, Die Freiheit, Vlaams Belang and Sverigedemokraterna representatives travelled to Jerusalem in December 2010 was a watershed moment for Europe's New Right in its official relations with Israel and the Jews.

One particularly interesting aspect of the French manifesto is the call for the "amendment of the Koran". If the signatories have their way, the example set by Vatican II and Nostrae Aetate (which redefined the relation of the Catholic Church with non-Christian religions and in particular Jews and Muslims) should be followed and anti-Semitic attitudes in Islam abandoned.

The manifesto speaks of an abrogation of the Koran, but does not say exactly what form this abrogation should take. In so doing, the signatories are "religionising" anti-Semitism, taking the Israeli-Palestinian conflict out of the picture and intentionally ignoring the fact that Jews living in the Islamic caliphates were not subjected to the kind of pogroms that took place in Europe. Yet the manifesto asserts that the Koran calls for the killing of Jews and Christians. Changing the Koran would mean paving the way for a "French-style Islam". 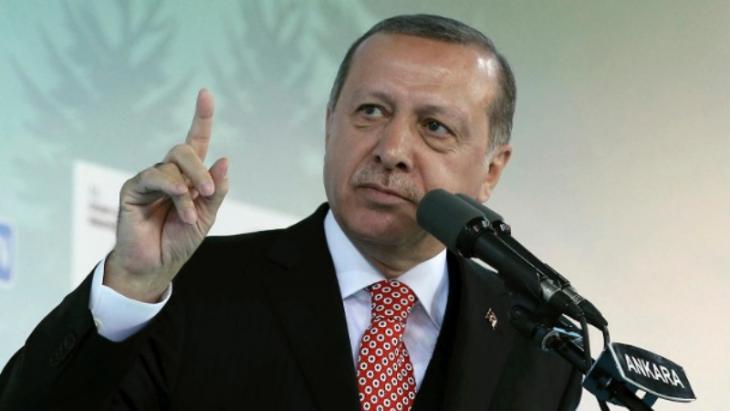 Under fire: Those signing up to the French campaign to edit the Koran were held to ransom by Turkish President Recep Tayyip Erdogan who commented, "What gives you the right to attack our holy scriptures?" The manifesto, which appeared in French newspaper "Le Parisien" on 22 April, calls – among other things – for certain verses to be deleted from the Koran

With Nostrae Aetate, the Catholic Church broke with its previous demonisation of the Jews, which held the Jewish people collectively responsible for the crucifixion of Christ. There are no comparable theological positions in Islam. Even the armed conflicts between Muslims and Jews came after peaceful relations and are of a political not a theological nature, even though anti-Semitism was later "religionised" with the founding of the state of Israel.

Why change the Koran?

The fact that this demand is being made by a group of people to which quite a few Jewish personalities belong is paradoxical in two respects. After all, Jewish Europeans in particular should know that agitation against the Talmud has been a feature of Christian anti-Semitism since the twelfth century. In the past, the selective quotation of passages from the Talmud and the Midrash was used to explain why the Jews allegedly hated non-Jews and committed sexually perverted and other immoral acts.

The fact that this manifesto was even signed by anti-Semitism researchers is cause for even greater concern, because it means that the demand to change the Koran cannot be put down to religious ignorance, as in the case of a Muslim signatory who claims that the Word of God in the Koran cannot be interpreted. There is quite a long tradition of focussing on the regulation of what Muslims see as the Word of God, something that is certainly not restricted to a left-wing or liberal spectrum.

Moreover, the purpose of this demand undoubtedly seems to be to strengthen a political project related to the nation state. After all, directly after the apparent objective of ensuring that "no practicing Muslim can refer to the holy text as justification for a criminal act" comes the hope that this corresponds to a "French Islam".  This in turn is in line with Emmanuel Macron's recent call for a "restructuring of Islam in France", which provides for the creation of a "French Islam". This logic is in line with a general trend in European nation states that are pushing for the national regulation of Islam, especially by the corresponding ministries of the interior. 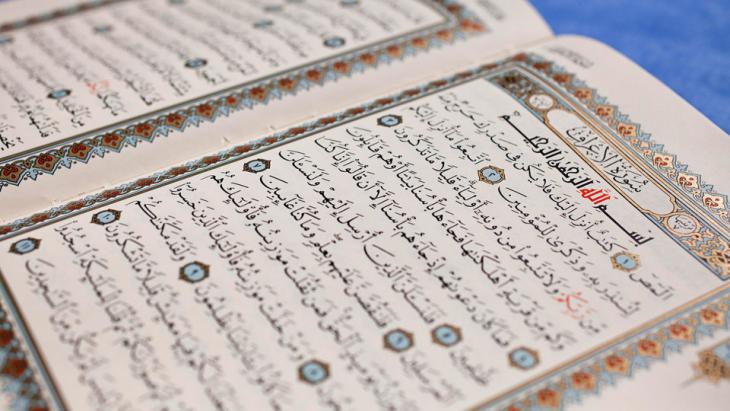 In conclusion the manifesto calls on leading Islamic theologians to declare those Koran verses that sanction the killing and punishment of Jews, Christians and non-believers as obsolete, as did the Second Vatican Council with regard to "catholic anti-Semitism" derived from Biblical sources

And this also includes the regulation of the Koran. During his time as Austria's Minister of Integration, Austria's current chancellor, Sebastian Kurz, called for a unity translation of the Koran. The former Minister of Integration said that the objective in doing so was to make sure no member of IS could reference the Koran as a justification for their actions. Ultimately, this proposal was not included in the Austrian Islam Law of 2015. Now, however, it is back on the agenda as part of the coalition deal struck by the Christian Democrat OVP and the right-wing populist FPO. The coalition deal states that the tenets of the Islamic faith should be made public and an authorised translation of the Koran provided.

However, the real origin of this demand is the so-called "counter-jihad movement", which covers a wide variety of players. The movement seeks to stop a supposed Islamisation of the West and is made up of neoconservatives (e.g. Christine Brim), the Christian right (e.g. Patrick Sookhdeo), the New Right (e.g. Filip Dewinter) and revisionist Zionists (e.g Arieh Eldad). Of the counter-jihad activists, one of the manifesto's signatories, Philippe Val, is seen as a kind of martyr for his activism in the fight against Islamisation, along with other people such as the head of the British EDL, Tommy Robinson, or a key figure in the transnational counter-jihad movement, Elisabeth Sabaditsch-Wolff.

The Second Counter-Jihad Conference, which took place in Vienna in 2008, was organised among others by the Wiener Akademikerbund. The conference published a catalogue of 15 demands in the same year. These included, for example, the call for the provision of a certified translation of the Koran in order to learn more about the tenets of the Islamic faith. They also stipulated that Muslims who want to work in the civil service would first have to distance themselves from those verses of the Koran that "forbid them to obey the instructions of 'unbelieving' civil servants and heed the sentences passed by 'unbelieving' judges." The same would apply to teachers, who would have to distance themselves from the discrimination of women, corporal punishment and violence against unbelievers.

On the basis of their Islamophobic interpretation, which the above-mentioned people consider universally valid, the intention is that state authorities will be able to intervene in religious matters. Indeed it gives state authorities – which should really prevent such interference on the basis of the secular principle of the separation of Church and state – the legitimation they need to intervene. As it is, the manifesto paves the way for exactly this kind of intervention, which opens the door to a situation where non-religious actors are allowed to define religion.

Even in times of war and pandemic, refugees are still being deported to Afghanistan. Several deportation flights have taken place in recent weeks alone. Since those affected often ... END_OF_DOCUMENT_TOKEN_TO_BE_REPLACED

On 7 March, Switzerland became the latest European country to vote in favour of a so-called "burka" ban. It was yet another feather in the cap of the right-wing populist Swiss ... END_OF_DOCUMENT_TOKEN_TO_BE_REPLACED

What drives young men into the arms of Islamist extremists – and how can they be re-integrated into society? Five years after the deadly attacks in Paris, urgent questions remain ... END_OF_DOCUMENT_TOKEN_TO_BE_REPLACED

Austria's chancellor is seeking to criminalise "political Islam". The move would put non-violent, non-radical Muslims under blanket suspicion and is hardly helpful in the fight ... END_OF_DOCUMENT_TOKEN_TO_BE_REPLACED

Rather than suspecting Muslims in general, we need to co-operate more with Islamic scholars, Muslim congregations and associations, writes Muhammad Sameer Murtaza in his ... END_OF_DOCUMENT_TOKEN_TO_BE_REPLACED

END_OF_DOCUMENT_TOKEN_TO_BE_REPLACED
Social media
and networks
Subscribe to our
newsletter