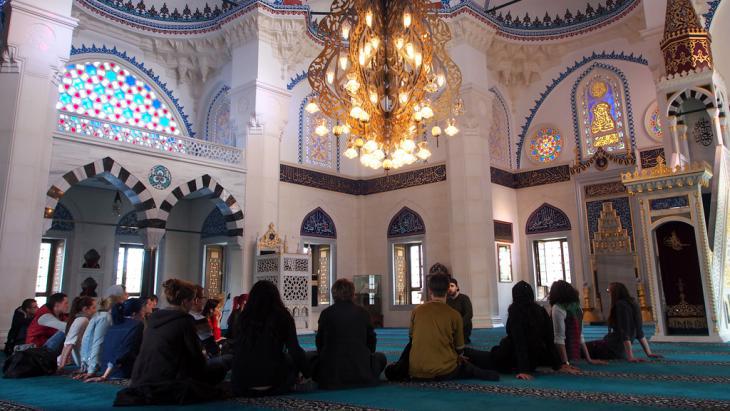 Germans who adopt Islam not out of frustration but out of a sincere passion for the religion are often disappointed by those born into the Muslim faith, finding that they insufficiently embody the beauty of Islamic doctrine and spirituality. By Charlotte Wiedemann

Convert – the word has a metallic ring to it. When weapons are converted, there is a promise of a more peaceful future; in humans, the opposite appears to be the case: here, the ploughshare becomes the sword. Nowadays, those who convert to Islam are regarded as ticking time bombs.

In books on Africa's colonial and missionary history, different phrasing is used: here, the Africans "accept Christianity". This is a lovely way of putting it, connoting a decision freely made – religion as an invitation that one can either accept or reject (as though it all really happened that bloodlessly).

There is, of course, a reason why white history does not speak of "conversion" in this case. This reason is the widespread disdain for the older belief systems in Africa. They represented a primordial state of nature, paganism, not "religion" enough to be recognised as currency.

Among Muslims, it is likewise customary to speak of the "acceptance of Islam". According to Islamic teaching, every human being is born Muslim – that is the broad definition of being Muslim: the human as image of God, without the construct of Original Sin. Consciously accepting Islam then becomes a mere "testimony" requiring few words, not a transformation. 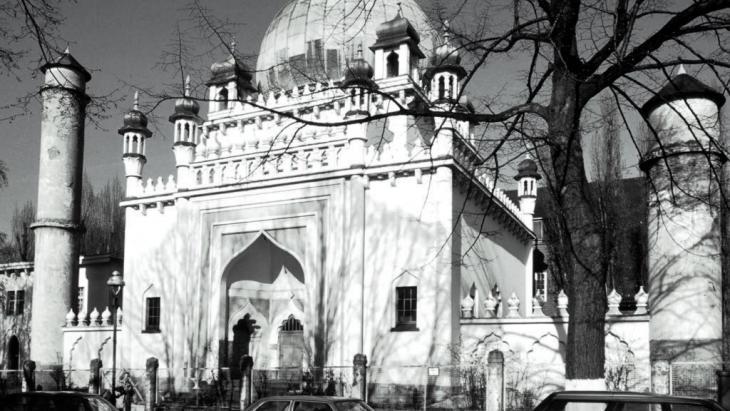 In the 1920s, the Ahmadiya Mosque in Berlin-Wilmersdorf (pictured here) was a crossroads for intellectuals and writers, Muslims and non-Muslims alike, writes Charlotte Wiedemann

The supremacy of Arab Islam

A large part of today's Muslim world has a "conversion background", as the Germans like to put it, because Islam once made inroads among Zoroastrians, Jews, Christians, etc. Those who can supposedly trace back their family tree directly to the Prophet consider themselves superior – even in Iran, where Arabs are not generally well-liked.

For all its multiculturalism, Islam has not been able to shake off the supremacy of the Arab branch of the religion. German Muslim converts frequently add an extra Arab first name to their given name, which is quite amazing really, as though the private avowal of the faith would require an act of baptism, a new sign on the door to one's life.

The same practice was followed by the mothers and fathers of a German Islam almost a century ago. Islam has namely been part of Germany much longer than the tiresome debates about integration might lead one to believe.

Opinion rather than research

In the 1920s, the Ahmadiya Mosque in Berlin-Wilmersdorf was a meeting place for intellectuals and writers, Muslims and non-Muslims alike. Converts were part of the elite back then, counting aristocrats among their ranks, and some later became members of the Nazi Party. These facts are cited by Esra Ozyurek, professor at the London School of Economics, in her research paper "Being German, Becoming Muslim". In contemporary Germany, by contrast, people seem to prefer voicing opinions about converts rather than doing research on the history of Muslim converts in Germany.

The "German Muslim League" was founded in 1954 in the restaurant at the Hamburg Schauspielhaus theatre. Fatima Grimm, a veteran of the League, notes that the original statutes required members to have German nationality; Islam was not to be perceived as a "religion of foreigners".

Her recently (posthumously) published memoirs, "Mein verschlungener Weg zum Islam" (My Winding Path to Islam), are in many respects a document of contemporary history. The author was the child of an SS general who was a friend of Himmler. Stepping out of his shadow, as Fatima Grimm puts it, was one of her motives for turning toward Islam.

In southern Germany, the first Muslims rented taverns for Islamic celebrations because there were as yet no mosques there. Headscarves were unknown, and the few German Muslim women even wore short skirts. The first mosques were later established in Munich, Aachen and Hamburg by people from academic settings: Arab students and German converts.

Members of the Muslim Brotherhood welcomed

First an elite niche religion, then the religion of foreign workers, and today an outcast faith: "The more Islam is marginalised and criminalised in German society, the more attractive it becomes for marginalised non-Muslims," asserts the scholar Esra Ozyurek in her report "Being German, Becoming Muslim"

The Archbishop donated the chairs for the auditorium of the Munich mosque. Back then, the political climate was unimaginably different from today: Egyptian members of the Muslim Brotherhood, welcome as opponents of Nasser, were even officially invited to the opening of Oktoberfest.

Fatima Grimm's memoirs, which are written in conversational form, were published by the Narrabila publishing company, itself founded by a new Muslim. The "Islamische Zeitung" newspaper, which just celebrated its twentieth anniversary, was likewise established by converts. Their essays on the intellectual life of Islam are studiously overlooked by German majority society – in order not to jeopardise its own stereotypes.

Wolf Ahmed Aries became a Muslim in 1954, at the age of 16, in a middle-class household in Hanover. At the time, his family laconically remarked of his decision that some people became boy scouts, others Muslims. Aries was director of a Volkshochschule (adult education centre) for a quarter-century. That evidently doesn't qualify him to be invited to speak on a talk show on the subject of Islam, however; on the contrary, producers today are only on the lookout for strident opinions, says Aries.

People in Germany seem to feel the need to constantly talk about radical converts, about the crazies, the preachers of hate – the swords.

Theologian Rabeya Muller, who was born into the Catholic faith in the Eifel region in 1957, exemplifies a different brand of radicalism. She was already in the women's movement before she converted, and then became a Muslim feminist and one of the founders of the Cologne "Zentrum fur islamische Frauenforschung" (Centre for Islamic Women's Studies). She is an imam who leads prayers and performs marriage ceremonies.

Does the social history of conversion in Germany reflect a loss of prestige for Islam, asks Islam scholar Esra Ozyurek, who traces its path from an elite niche religion to the religion of foreign workers and finally today to an outcast faith. "The more Islam is marginalised and criminalised in German society, the more attractive it becomes for marginalised non-Muslims."

Germans who embrace Islam not out of frustration but out of a sincere passion for the religion are often disappointed by native-born Muslims, finding that they insufficiently embody the beauty of Islamic doctrine and spirituality. Politics sees things the other way round, accepting Muslims (out of necessity), but not Islam.

Charlotte Wiedemann
© Qantara.de 2015
Translated from the German by Jennifer Taylor

Home
Print
Newsletter
More on this topic
Portrait of the theologian Rabeya Muller: Equality in the name of IslamYusuf Islam: The "Peace Train" is rolling againSalafist propaganda in Germany: Mass conversions in public placesConversion of Christians and Muslims in India: Homecoming or forced conversion?Christian minorities in Iran: Iran's persecuted converts
Related Topics
Colonialism, Freedom of religion, Islam in Germany, Converts | religious conversion, Mosques in Germany, Muslims in the West
All Topics

Algeria‘s regime is again cracking down on anti-fracking activists and the unemployed in the country‘s south. Yet EU countries remain keen to scale up their energy cooperation ... END_OF_DOCUMENT_TOKEN_TO_BE_REPLACED

Bachtyar Ali sends the hero of his latest novel – "Mein Onkel den der Wind mitnahm" – literally flying. Jamshid is so thin after his years as a political prisoner that a gust of ... END_OF_DOCUMENT_TOKEN_TO_BE_REPLACED

For a century, the Kurds and other minorities in Turkey have been subject to state repression. With his dissertation "The Kurdish Question in Turkey", political analyst Ismail ... END_OF_DOCUMENT_TOKEN_TO_BE_REPLACED

Anti-Semitic motifs have no place at Germany’s documenta art show or anywhere else in the world, stresses Meron Mendel, director of the Anne Frank Educational Centre in Frankfurt ... END_OF_DOCUMENT_TOKEN_TO_BE_REPLACED

A new exhibition, "Syria – Against Forgetting", at Cologne’s Rautenstrauch-Joest-Museum focuses on Syria's artistic and cultural heritage and pays tribute to the country before ... END_OF_DOCUMENT_TOKEN_TO_BE_REPLACED

Madrid's about-face on the Western Sahara conflict has enraged Algeria. Trade relations have been frozen unilaterally and a cut in gas supplies to Europe could be in the pipeline ... END_OF_DOCUMENT_TOKEN_TO_BE_REPLACED
Author:
Charlotte Wiedemann
Date:
Mail:
Send via mail

END_OF_DOCUMENT_TOKEN_TO_BE_REPLACED
Social media
and networks
Subscribe to our
newsletter