Skip to main content
Corruption in the Arab World

Corruption and nepotism are widespread in Arab nations. Large-scale bribery is not uncommon, even among leading politicians, as Birgit Kaspar reports from Beirut

Mo' money... – corruption excesses that inflict massive damage on the state and bureaucratic systems are omnipresent in the Arab world

​​ In the Arab world, corruption is a trivial offence. In many cases, it even holds the nation together or at least ensures that the ailing governmental system continues to function at all. Rather bad, than correct.

But at least citizens know how much they have to pay to whom to receive a service. "Sixty percent of our national budget goes in one way or another to corruption and patronage networks," criticises Yemeni analyst Abdul-Ghani al-Iryani. He goes on to say that this boundless corruption on all levels creates a spiral that will lead to the destruction of the state.

Lacking a vision of statehood

The definition of corruption is as follows: "The abuse of authority for private gain," explains Badri el Meouchi of the "Lebanese Transparency Association" (LTA).

And this corruption comes in many forms – from the underpaid civil servant who is asked to pay a bribe to secure a higher salary, right through to ministers and heads of state negotiating state contracts in such a way that they can pocket considerable sums. 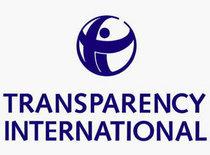 According to "Transparency International", Iraq, Yemen, Lebanon, Syria and Egypt are among the world's most corrupt nations

​​ But leading politicians are also corruptible, as they buy the loyalty of their clientele with government funds, or use these funds to placate dissenters.

According to the 2009 Corruption Index from "Transparency International", Iraq, Yemen, Lebanon, Syria and Egypt are among the world's most corrupt nations.

Meouchi says what these countries have in common is a lack of popular faith in the state, no clear vision of statehood and no ability to deliver appropriate services to their citizens.

Meouchi reports that an analysis of how much it costs to ship a 40ft container to Marseille from all Mediterranean ports revealed that Beirut harbour is the most expensive. This is because customers have to pay bribes at every conceivable point of the process in order to receive a legal service, he says.

The study also brought to light that the work of 1,000 port workers in Beirut could quite easily be done by just 100 people, who could then be paid a decent wage instead of a pittance.

Meouchi goes on to say that Lebanon's entire state bureaucracy is overblown. It employs, in a tiny country with a population of some four million, about as many staff as the Canadian administration does for around 32 million residents. 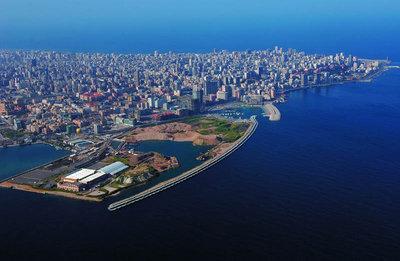 Spectre of inefficiency: the work of 1,000 port workers in Beirut could quite easily be done by just 100 people, who could then be paid a decent wage instead of a pittance, according to Transparency International

​​ In Lebanon, just like in most Arab countries, the public sector is the country's largest employer, and one of its functions is to ensure that people have jobs.

The consequences of this are sometimes surreal. For example, according to economic adviser Marwan Iskander, Lebanon has a railway authority with a staff of more than 900, although the trains stopped running 20 years ago and the entire rail network is either destroyed, or overgrown.

Other sectors where state corruption is flourishing are infrastructure projects and the acquisition of military equipment. For example, the Yemeni electricity authority is accused of commissioning an expensive feasibility study for the construction of five nuclear reactors from a company that did not even exist.

Or the pilots of Yemeni MIG fighter jets are forced to crash-land the planes on strips of rubble. The planes are ruined in the process, so that orders for new ones can be placed with Russia.

The profit margin arises from the fact that although the orders are for fully-equipped MIGs, only standard, minimally equipped models are delivered. The difference ends up in the pocket of the responsible government authority. The list of absurd examples such as these goes on and on, says Iskander.

A lack of alternatives

All the countries concerned a run by a closed system. To comprehend the inner logic of that system, Badri el Meouchi stresses that one has to envision the social contract in each of these nations.

In western Europe, or the US, a social contract exists between the state and every citizen, whose rights are protected regardless of his social group, he says.

"But in Lebanon for example, this contract exists between the state and the individual denominational communities – at the expense of the citizen and the authority of the state," says Meouchi. That is why people here have to turn to their religious leaders whenever they have problems or needs, he adds.

In other places, concerns are taken to the tribal or clan chief. People are aware that this system is outmoded. But owing to a lack of alternatives, they point out that at least it works. And as long as political leaders lack the will to instigate reform, then the situation is unlikely to change.

Corruption in Egypt
Fighting Bribery out of Self-Interest
The fight against corruption in Egypt mostly only serves individual interests. An audit office exists, but it is not independent. There are, however, sings of change. Frederick Richter reports from Cairo

Reforms in the Arab World
"Corruption Is Just a Different Kind of Tax"
People who can neither count on an independent judiciary nor on a rule-bound administration are plagued by insecurity, harassment and dependence on personal good will. Arab countries under authoritarian control provide plenty of examples, as writes Martina Sabra

Brian Whitaker's "What's Really Wrong with the Middle East"
Franchised Repression
In his latest book, Brian Whitaker takes a look at the so-called 'Arab malaise'. In it Whitaker argues that the repressive reflexes of Arab regimes have been internalized and are repeated at virtually every layer of society. A review by James M. Dorsey

END_OF_DOCUMENT_TOKEN_TO_BE_REPLACED
Social media
and networks
Subscribe to our
newsletter