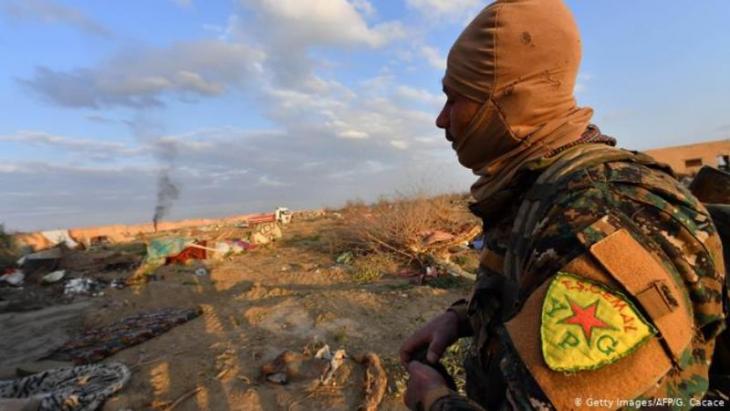 The Kurdish YPG militia did the heavy lifting in the fight against the "Islamic State", yet many foreign YPG adherents, including Germans, have come home to find themselves under suspicion of terrorism. By Esther Felden & Matthias von Hein

On Friday, 4 October, around nine in the morning, the doorbell rang. In front of it stood half a dozen police officers with a search warrant issued by the Federal Court of Justice in Karlsruhe, Germany's highest court when it comes to criminal and civil law.

After that, Jan-Lukas Kuhley lost track of time. He can't recall how long the investigators rummaged through everything in his shared student apartment – but it felt like an eternity.

At the same time, Kuhley's parents received a visit from the police. Another residential community that he had recently moved out of was also searched. The reason for the large-scale action: suspected violation of paragraph 129b of German federal law, which pertains to membership in a foreign terrorist organisation.

The slim student had joined the YPG Kurdish self-defence units in Syria in 2017 as a volunteer. He was actively involved in the fight against Islamic State for several months – in a unit that operated with guns and armoured vehicles. Sometimes the situation was life-threatening, he admitted. 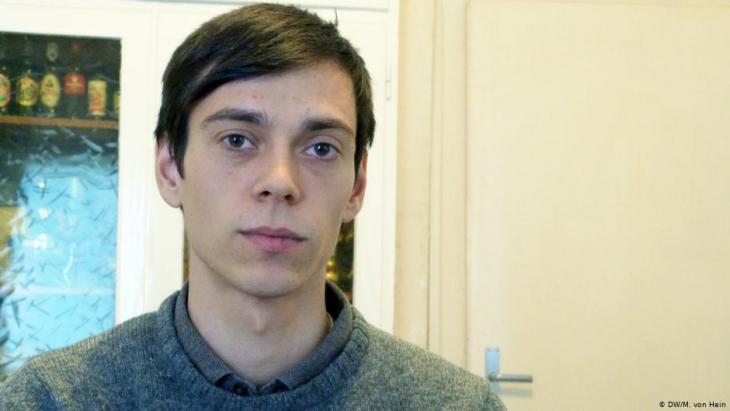 Refutes any investigation: "The YPG bore the brunt of the fight against IS," Kuhley points out. It received support from the international coalition against IS, "in which the Bundeswehr is also active. We also carried out counter-terrorism in Germany's interest"

When the officers left Kuhley's apartment, they had seized several mobile phones, his laptop and various media. Over a cup of tea in his kitchen, the political science student confessed that he was not completely surprised by the apartment search; he knew of other YPG returnees who had experienced similar. But he couldn't understand such an investigation on the grounds of suspected terrorism.

"The YPG bore the brunt of the fight against IS," Kuhley emphasised. It received support from the international coalition against IS, "in which the Bundeswehr (Germany's armed forces) is also active. We also carried out counterterrorism in Germany's interest."

For the German authorities, however, Kuhley's motivation is irrelevant. What counts for them is that he received military training from a foreign militia and gained combat experience. According to its own statement, the federal government does not distinguish "between supposedly good and bad terrorists."

At least that is how the government answered an official request for information by parliamentary representatives of the Left party in 2015. Left Party parliamentarian Ulla Jelpke has described the "surveillance and spying on returnees and their families" as akin to collective punishment.

Giessen, Eichsfeld, Kusel, Berlin – cars bearing old German number plates are the latest trend on the streets of Cairo. Many Egyptians regard the discarded plates as chic. What ... END_OF_DOCUMENT_TOKEN_TO_BE_REPLACED

Tunisia has been going through a severe economic and political crisis in recent years. More than one in three young people there are unemployed. For many skilled, qualified and ... END_OF_DOCUMENT_TOKEN_TO_BE_REPLACED

German imams have publicly expressed their solidarity with the women of Afghanistan. In a letter of protest, the clerics say that the Taliban regime's decree barring women from ... END_OF_DOCUMENT_TOKEN_TO_BE_REPLACED

At the end of every year, the team at Qantara.de gives you a run-down of the ten most-read articles on the site over the past 12 months. Here is a quick overview of the stories ... END_OF_DOCUMENT_TOKEN_TO_BE_REPLACED

Social engagement is often motivated by religious factors. A new book explores the background to these community efforts and appraises how effective they are in helping to ... END_OF_DOCUMENT_TOKEN_TO_BE_REPLACED

The government in the Netherlands, one of the last European nations to abolish slavery, has made an historic apology. But some feel that there is still a long way to go. By Ella ... END_OF_DOCUMENT_TOKEN_TO_BE_REPLACED
Author:
Esther Felden & Matthias von Hein
Date:
Mail:
Send via mail

END_OF_DOCUMENT_TOKEN_TO_BE_REPLACED
Social media
and networks
Subscribe to our
newsletter