As a result, Arab countries can no longer rely wholly on global powers for assistance in confronting the existential challenges they face. While some Middle Eastern countries are in talks with the International Monetary Fund for emergency financial assistance, most governments lack the political bandwidth to adhere to IMF conditionality.

And even if the Fund relaxed its usual requirement of tight fiscal consolidation, its assistance would help only with funding short-term social protection. After the immediate crisis, it will be up to the region’s policymakers to devise a more sustainable development model.

That task cannot be carried out by any one government, even one that has the support of international donors. Because the region’s economic problems are so interconnected, only an integrated approach can address them.

Public health at the top of the agenda

Among the most pressing issues, public health is and will remain high on the agenda. But the Middle East also needs to expand the availability of water, gas, oil and transportation, as well as strengthen its environmental protections. All of these issues involve cross-border dynamics, and therefore require regional co-ordination. Likewise, to revive economic growth, Middle Eastern countries need to boost regional integration in tourism, trade, services and other major sectors. 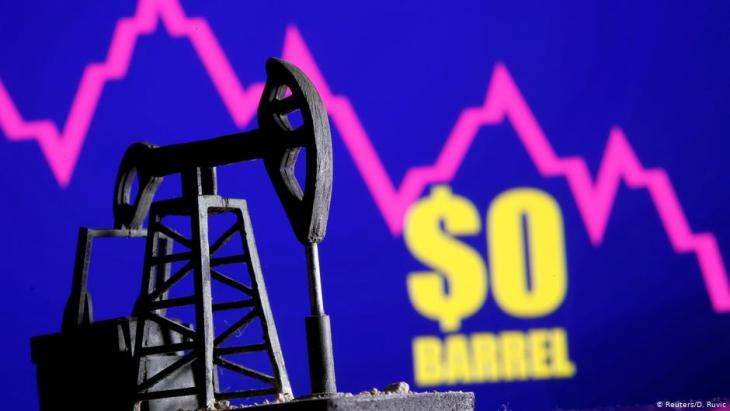 Oil price crash on the stock markets: the price of oil has fallen dramatically in recent weeks due to the coronavirus pandemic. Demand for the raw material has dropped significantly. The pandemic has led to a drastic decline in global economic activity as well as road and air traffic worldwide, which is why less oil is needed

Such a holistic growth strategy cannot be achieved through existing cooperative frameworks. The traditional model of Arab regionalism is now defunct. The Arab League’s regular summits are increasingly viewed as useless gatherings – all talk and no action. Sub-regional structures such as the Gulf Co-operation Council have become equally irrelevant, owing to internal discord among member states.

The village of Vakıflı in the southern Turkish province of Hatay near the Syrian border, population 150, is the last remaining Armenian village in Turkey. Lately, interest in the ... END_OF_DOCUMENT_TOKEN_TO_BE_REPLACED

Social media make many things possible – including the unwanted circulation of intimate private photos. This has given rise to new forms of crime and sexual blackmail. An ... END_OF_DOCUMENT_TOKEN_TO_BE_REPLACED

The change in U.S. president is also having an impact on the conflict between Turkey and Greece. Since the USA has started to play the Greek card, the strategic situation in the ... END_OF_DOCUMENT_TOKEN_TO_BE_REPLACED

Arab women played a leading role in the protest movement of 2011. Since then, ongoing social transformation has had a considerable impact on their lives. What is their assessment ... END_OF_DOCUMENT_TOKEN_TO_BE_REPLACED

They’ve already got the Louvre; they’ll soon have a Guggenheim Museum as well – and now the Emirates have added literature to their quest for cultural supremacy in the Arab world ... END_OF_DOCUMENT_TOKEN_TO_BE_REPLACED

Years in the making, Sisi's elite New Administrative Capital will isolate most Egyptians from their centres of government in an effort to fortify the regime against any social ... END_OF_DOCUMENT_TOKEN_TO_BE_REPLACED
Author:
Bassem Awadallah & Adeel Malik
Date:
Mail:
Send via mail

END_OF_DOCUMENT_TOKEN_TO_BE_REPLACED
Social media
and networks
Subscribe to our
newsletter