Colonialism, on the other hand, is the precursor of today's racism, anti-Semitism, Islamophobia and the rotten ideology of "white supremacy". We must learn to conceive of globalisation in a spirit of equality and fairness. The unloading of our waste on other countries should be a no-go, as should the import of highly skilled workers, an issue that has never been properly addressed and which has led to a brain drain of the global South.

Let us not forget that real, biological virulence was both the motor and the obstacle of colonial conquests. On the one hand, Native Americans fell victim to infectious diseases introduced by Europeans, on a scale that can only be described as genocidal; on the other hand, Europeans in the newly conquered global South often died of tropical diseases. The surprising punchline: these dangers did not deter the colonisers because they were willing to hazard such personal risks.

But this is exactly where the difference lies from the situation today, because the risks of globalisation in the form of environmental disasters and the pandemic affect us all. Everyone is held liable for risks taken by the few, who are usually rich enough to be able to cushion any resulting blows.

The balance between political distance and isolation

Viruses and terrorism have another, eerie similarity. Lack of participation and democracy have fostered terrorism in the Islamic world. Bin Laden came from the milieu of the Saudi Sahwa ("awakening") reform movement. He only became a terrorist after the Saudis deprived him of his citizenship. 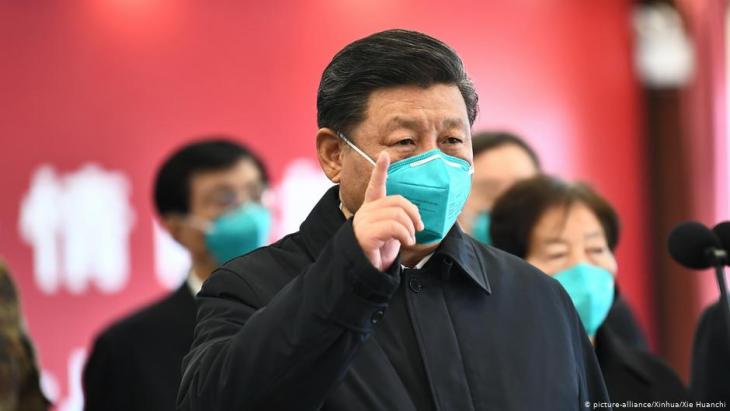 Between authoritarianism and appalling obfuscation: China's handling of the coronavirus outbreak – first censorship and denial, then harsh countermeasures – is likewise the result of a system that lacks full legitimacy and hence fears for its acceptance. State fear and censorship led to the virus outbreak being denied for far too long, enabling its global spread

China's handling of the coronavirus outbreak – first censorship and denial, then harsh countermeasures – is likewise the result of a system that lacks full legitimacy and hence fears for its acceptance. State fear and censorship led to the virus outbreak being denied for far too long, enabling its global spread.

This has led to a crisis of legitimacy, even in democratic societies, due to the harsh measures now being taken all over the world. Democratic governments are now suddenly compelled to react in just as drastic and authoritarian a manner as China: with lockdowns, penalties for "virus sinners", border closures, travel warnings and bans.

In order to prevent this "contagion" by misguided policies in the future, a kind of interstate social distancing is recommended when dealing with poorly legitimised political systems. Just as in physical interpersonal social distancing, this does not mean cutting off all relations with such regimes, but we must at the same time guard against relying on them.

We must be careful and avoid economic interdependencies that could become a trap. In concrete terms, we may be permitted to buy Arab oil, Russian gas and Chinese technology – but only within narrow limits, i.e. always in such a way that these imports do not become systemically relevant.

Finally, it must be noted that nationalism, whose resurgence began with 9/11 and the Islamophobic populism it fuelled, is becoming the guiding principle of state action in the COVID crisis. At the beginning of the pandemic all borders were closed. And at present, Germany is declaring many countries, even European neighbours, to be high-risk areas. 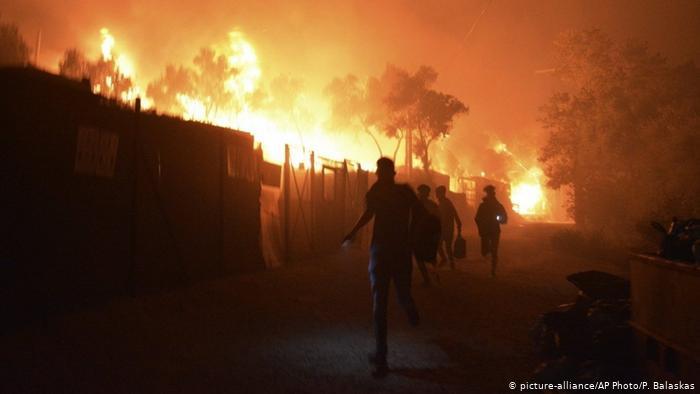 Too little international solidarity and agreement: the refugee crisis is no longer attracting attention. Or only when the refugees burn down the camps they have been consigned to – but can we blame them for this cry for help? Managing the pandemic is still understood to be a national task. The coronavirus threatens to give birth to an even worse virus: the virus of isolationism

There is still far too little international solidarity and agreement. The refugee crisis is no longer attracting attention. Or only when the refugees burn down the camps they have been consigned to – but can we blame them for this cry for help? Managing the pandemic is still understood to be a national task. The coronavirus threatens to give birth to an even worse virus: the virus of isolationism.

Viruses and terrorism function like a prism. They dissect our societies into their spectral colours and show us who we are. What elements we are made up of. How the hardware behind our beautiful but deceptive user interfaces really works. What priorities we set when the time of rhetoric and wishful thinking is over.

It is a little too easy and too cheap to blame governments for being caught off guard and overwhelmed by the pandemic. More than half a year after the onset of the pandemic, what we urgently need is a collective brainstorming. Not demonstrations by people who are offended because they have to wear masks, but instead conversations, debates, thorough analyses.

Only in this way, with the help of intensive communication, can we really grasp the complexity and challenges of our time, communicate them and help people to understand what is happening. And only when we understand what led to this crisis, and when we question our previous worldviews, will we be ready to engage with what is to come. It won't be easy.

Stefan Weidner is an author and Islamic scholar. His book "Ground Zero. 9/11 und die Geburt der Gegenwart" will be published in German by Hanser in January 2021.

Lacking support from Arab countries for its stance on the Kashmir dispute, Pakistan is looking for new alliances under China's leadership. How practical is it for Islamabad to ... END_OF_DOCUMENT_TOKEN_TO_BE_REPLACED

A partnership planned between Iran and China is intended to strategically link the two countries for a quarter of a century. It is unclear, however, exactly what the alliance will ... END_OF_DOCUMENT_TOKEN_TO_BE_REPLACED

A broad U.S.-led effort to hold the Chinese government to international account for its abuses of largely Muslim Uighurs in Xinjiang would, at the very least, remind China that ... END_OF_DOCUMENT_TOKEN_TO_BE_REPLACED

Five years after the Joint Comprehensive Plan of Action was concluded, it is on life support, following the US's reinstatement of sanctions and Iran's return to enrichment ... END_OF_DOCUMENT_TOKEN_TO_BE_REPLACED

From Syrian war crimes to U.S. hypocrisy in the Julian Assange case, the global "erosion of human rights standards" is of critical concern, UN Special Rapporteur on Torture Nils ... END_OF_DOCUMENT_TOKEN_TO_BE_REPLACED

END_OF_DOCUMENT_TOKEN_TO_BE_REPLACED
Social media
and networks
Subscribe to our
newsletter