Anyone unable to work at home is coming to work every other day. Amal Ibrahim, a mother of four, has been working at home for a week. Her situation is the same as mothers in Germany. Her youngest 11-year-old daughter thinks it's great that her Mum is at home and asks every five minutes if she has time or whether she can explain something to her. So, very little chance of Amal getting any proper work done.

Corona crisis an excuse for repression

On the other hand, an increasing number of people don't believe what their government is telling them. They perceive the scenario as just another way for leaders to repress the people and deprive them of their liberties. Twelve years ago, when the government imposed a curfew lasting months during the civil war, the threat was visible. Bombs were going off, explosives were an omnipresent threat, there were corpses on the pavements. Now, the danger is invisible.

Besides, demonstrators are dying almost every day, shot by Shia militias on Tahrir Square; protesters are being kidnapped and detained for days and even tortured to extract confessions and information. "This makes it difficult to accept that now we're being told to stay at home because of a virus," says Maha, speaking from a protest tent on Baghdad's Tahrir Square. "It's just a way for them to wipe us out." 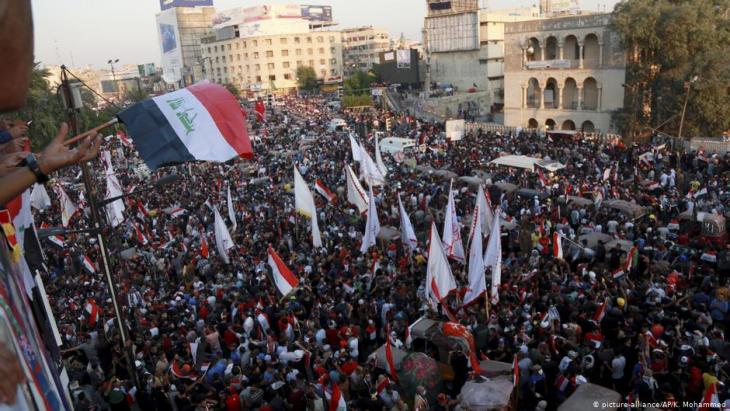 "They're just trying to exterminate us": the spread of coronavirus in Iraq is proving a severe blow to the Tahrir Square democracy movement in Baghdad as the government continues to drastically restrict freedom of assembly. According to the Ministry of Health, the number of people infected is almost 200. However, the actual number is likely to be much higher

Iraq has taken drastic measures to prevent the further spread of the virus, although the health ministry in Baghdad claims the official number of infections is less than 200. But the actual number is likely to be considerably higher. The death rate appears more accurate: 20 people have already died of Covid-19. That figure is high relative to infections.

Incapable of effectively combatting the virus

Iraqi Health Minister Jaafar Allawi admits that the nation is not in a position to cope with the new epidemic. If the virus spreads as it has done in other nations, "we don't have the capacity to fight it. We don't have any treatment capabilities," he said. The government has been asked to provide five million U.S. dollars to facilitate counter-measures to combat the coronavirus, but to date no additional funds have been made available.

Coronavirus continues unabated. Iran remains a hub of infection, war-torn Syria has recorded its first case and Yemen is bracing itself for the worst. Here’s the latest from ... END_OF_DOCUMENT_TOKEN_TO_BE_REPLACED

Going by the official numbers, Turkey is doing well, especially in comparison to other countries. But does this impression correspond to the reality? There are significant reasons ... END_OF_DOCUMENT_TOKEN_TO_BE_REPLACED

Mohammad Rasoulof's "There Is No Evil" won the main prize at the Berlinale. Maryam Mirza talked to the director, who is currently forbidden from leaving Iran, about his film END_OF_DOCUMENT_TOKEN_TO_BE_REPLACED

As COVID-19 sweeps across the globe, it is forcing religions to adapt and take action to prevent infection. But experts warn against using the crisis to fuel conspiracy theories. ... END_OF_DOCUMENT_TOKEN_TO_BE_REPLACED

With borders closing and the opportunities for international travel shrinking by the hour, we take a look at coronavirus developments across the Middle East and the wider Muslim ... END_OF_DOCUMENT_TOKEN_TO_BE_REPLACED 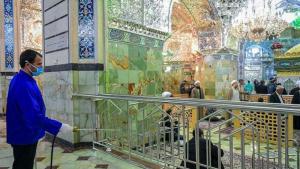 The "holy" city of Qom, the centre of Shia scholarship, was the starting point of the corona epidemic in Iran. The ayatollahs vehemently and successfully resisted quarantine and ... END_OF_DOCUMENT_TOKEN_TO_BE_REPLACED
Author:
Birgit Svensson
Date:
Mail:
Send via mail

END_OF_DOCUMENT_TOKEN_TO_BE_REPLACED
Social media
and networks
Subscribe to our
newsletter