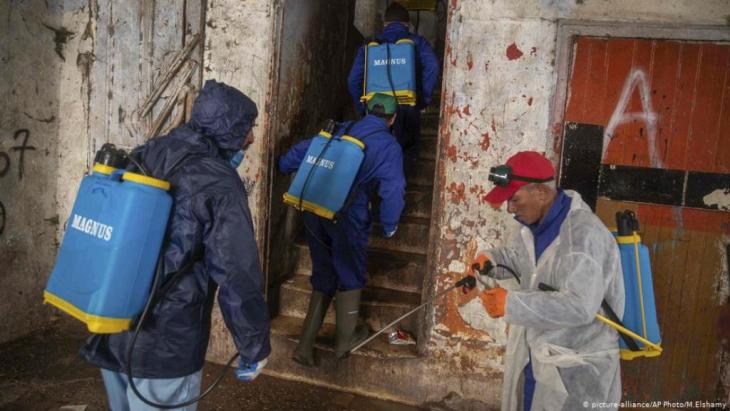 The fact that the people of Morocco have responded with such maturity and responsibility to the protective measures imposed by the government to contain the coronavirus pandemic is a historic moment for the country, says Moroccan political scientist Mohamed Taifouri

Having witnessed the speed with which the coronavirus swept through leading industrialised countries in Europe, bringing their economies to their knees and putting their highly developed health systems almost entirely out of action, authorities in Morocco quickly realised the extent of the threat posed by COVID-19.

The powerlessness of European states when faced with the advance of this pernicious virus conveyed an image more commonly associated with developing countries. The Moroccan authorities responded by rolling out a prevention plan that was built on a detailed succession of resolutions, steps and measures. The objective was to cushion the impact of the pandemic and to mitigate the repercussions for public life across the country.

The first link in the chain of measures was to evacuate Moroccan citizens trapped in the Chinese city of Wuhan. Then everything seemed to happen at once: schools were closed, places of worship, cafes and restaurants were shut down, sporting, cultural and political activities, as well as all major events were banned, a special fund to counteract the impact of the coronavirus pandemic was set up and a state of emergency declared for a month.

Co-operation from the people

To ensure optimum implementation of the anti-pandemic measures, it was inevitable that the army would appear on the streets of the kingdom. After all, the authorities were well aware that they had neither the infrastructure nor the logistical wherewithal to meet the pandemic head on.

Overall, the people in Morocco were quite willing to accept the measures introduced, despite the restrictions in rights and liberties that went with them. Everyday mobility was restricted to a limited number of people, among other things in cases where travel is essential for work reasons. 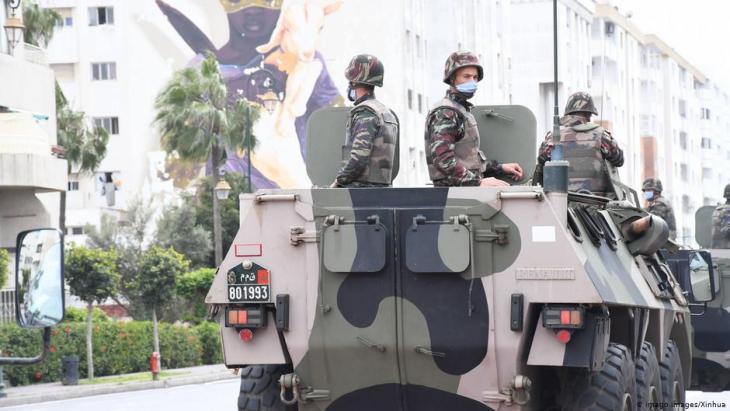 Respect and willing acceptance by the civilian population: to ensure optimum implementation of the anti-pandemic measures, it was inevitable that the army would appear on the streets of the kingdom. After all, the authorities were well aware that they had neither the infrastructure nor the logistical wherewithal to meet the pandemic head on

Most Moroccans, however, have only been permitted to leave their homes in urgent and exceptional cases. Moreover, they must have a stamped, official permit to do so. Any violation of this restriction is punishable by a prison sentence of up to three months or a fine that equates to about US$140.

These tough restrictions, which are unprecedented for the younger generation in Morocco, have done nothing to dent the general approval and acceptance of the state's prevention plan to counter the coronavirus pandemic. Scientists and journalists are even talking about 'peak national solidarity', the like of which has not been seen in Morocco since the Green March 45 years ago.

Even the people and movements that belong to the radical wing of the opposition have put their political differences aside and are standing shoulder-to-shoulder with the government. In so doing, they are showing their respect for the way the crisis is being handled.

Home
Print
Newsletter
More on this topic
Digitalisation and the coronavirus in Morocco: From care to control?Morocco launches fleet of drones to tackle virus from the skyCOVID-19 in North Africa: Corona proactivity in Tunisia, trivialisation in Egypt
Related Topics
Coronavirus, Democracy and civil society, Health, Mohammed VI of Morocco, Rule of law
All Topics

Recep Tayyip Erdogan, disappointed by the European Union’s reluctance to integrate Turkey into its ranks, has re-directed his country’s diplomacy toward the Maghreb and Africa to ... END_OF_DOCUMENT_TOKEN_TO_BE_REPLACED

Using a graphic novel to address a contentious issue like the Algerian war of independence may seem an odd choice, but new release "Algeriennes", translated into English by Ivanka ... END_OF_DOCUMENT_TOKEN_TO_BE_REPLACED

Although a unity government was formed in Libya in March 2021, tensions and possible crises between the political actors are already emerging. What problems does the country face ... END_OF_DOCUMENT_TOKEN_TO_BE_REPLACED

In Islamic mysticism, Ramadan is more than just a period of prescribed abstinence, signifying an opportunity for inner contemplation. Marian Brehmer explores the spiritual ... END_OF_DOCUMENT_TOKEN_TO_BE_REPLACED

Liberal Islam: everything revolves around the Koran. In the search for a liberal interpretation, peculiar constructs occasionally emerge. By Alexander Flores END_OF_DOCUMENT_TOKEN_TO_BE_REPLACED

EU parliamentarian Dietmar Koester criticises the Union's failure to speak up when faced with human rights abuses committed by its Middle Eastern allies, while pointing out that ... END_OF_DOCUMENT_TOKEN_TO_BE_REPLACED
Author:
Mohamed Taifouri
Date:
Mail:
Send via mail

END_OF_DOCUMENT_TOKEN_TO_BE_REPLACED
Social media
and networks
Subscribe to our
newsletter