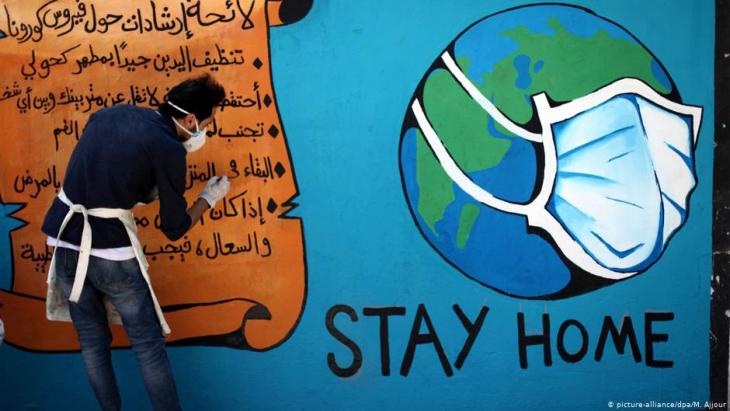 Heat will kill coronavirus – that was the official line at the start of the pandemic. But this is not the case. Infection rates are currently on the rise, even in the world’s hottest regions. Birgit Svensson reports from Baghdad

Everyone was waiting for the heat. High temperatures will stifle the virus, we were told during the initial months as coronavirus swept around the world. We were told that the pathogens primarily spread in cold weather, similar to a flu virus. The commonly-held view in February and March was that things would be better in the summer.

Even the German virologist Alexander Kekule believed that the number of corona infections would fall during the summer months. Others were more sceptical, saying only that there were still no "reliable findings".

It was a wonderful idea: during the cooler and therefore more infectious season we all behaved sensibly; now in summer, as we enjoy the well-earned lockdown relaxation with a clear conscience, Mother Nature plays her part – and the coronavirus is as good as gone. The certainty grew that the hottest parts of the world would not be hard-hit by the virus.

In the Middle East above all, people quipped that in the summer, all you’d need to do is stand out on the street in the sun and open your mouth to kill COVID-19. With temperatures of 50 degrees and more in the shade, it was a dead cert. Experts advised washing face coverings at 60 degrees to kill the virus present in the mask. So, plenty of reasons to be hopeful in desert nations where temperatures like these are the norm.

Egyptian coronavirus figures should be greeted with caution

But all this couldn’t have been further from the truth. Infection rates are soaring at the present time – in hot countries too. Iran is currently experiencing a second wave that is no less dramatic than the first. Corona is also darkening Africa’s door right now. Although Egypt’s health ministry claims a daily new infection rate of between just 200 and 300 and an overall death toll to date of 5,197 (as of 20.8). 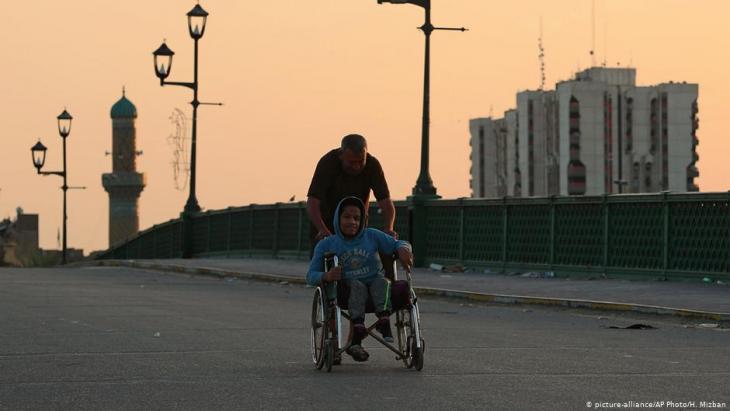 Empty streets in Baghdad: although Iraq has been in a permanent lockdown since mid-March and strict curfews have been imposed in some places, the numbers are rising dramatically, writes Birgit Svensson. With a maximum temperature of 51 degrees in the shade, which was measured in Baghdad at the beginning of August, the air conditioning systems are running at full speed. According to medical experts, the risk of infection increases the more people stay indoors, hence the rising number of cases

But these figures should be greeted with caution. Anyone questioning their veracity risks being sent to prison for spreading fake news. The nation on the Nile is currently doing everything possible to win back the tourists that are the country’s lifeblood and key to the survival of the jobs market. Meanwhile the Egyptian doctors’ association isn’t beating around the bush – it is going public with some actual figures, although these are concentrated on the medical sector alone.

President Abdul Fattah al-Sisi’s iron fist is merciless and doesn’t even spare doctors. Doctors’ association chairman Ibrahim al-Zayat says 152 doctors have died of COVID-19 in Egypt and that more than 3,000 medical staff have been infected. He says that figure constitutes 7 percent of the nation’s total medical personnel.

Iraq, where average summer temperatures are 10 degrees hotter than in Egypt, is registering more than 2,000 new infections daily since early July. Although the nation between the Euphrates and the Tigris has been in a long-term lockdown since mid-March, the numbers are rising dramatically.

Here, we are seeing the exact opposite of what was predicted. Instead of annihilating corona, summer is causing the virus to boom. At top temperatures of 51 degrees in the shade, measured in Baghdad in early August, air-conditioning units are on full blast. Doctors say one of the reasons why the infection rate is going up is because people are spending too much time in enclosed spaces, where the risk of infection is greater.

On 19 August, the figure of 3,000 new infections within a 24-hour period was exceeded for the first time. The health ministry in Baghdad called it a new corona record. This now means that Iraq has overtaken its neighbour Iran, where Iraqis originally caught the virus while visiting or receiving medical treatment there. That was when the chains of infection were still traceable.

Nevertheless, the figures from Iran are probably inaccurate. The virus is clearly much more rampant there than officials are admitting. A BBC report cited Iranian government documents stating that by late July, around 42,000 people had died of COVID-19, more than double the official figure.  Amnesty International and the Iranian opposition in exile are also sounding the alarm. The revelations support the claim that the Iranian authorities are deliberately misleading the public in the worst-hit country in the Middle East. 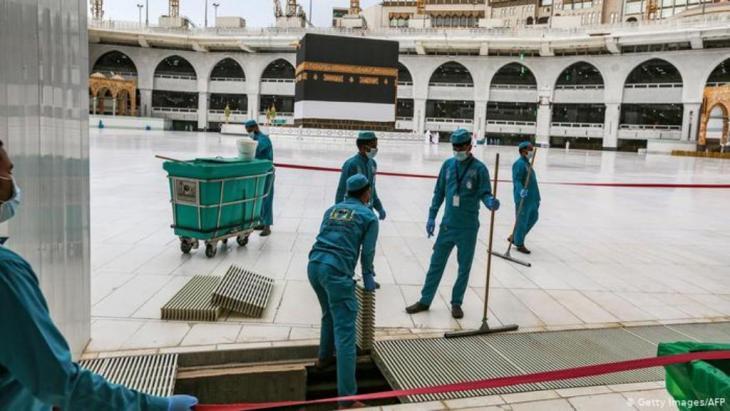 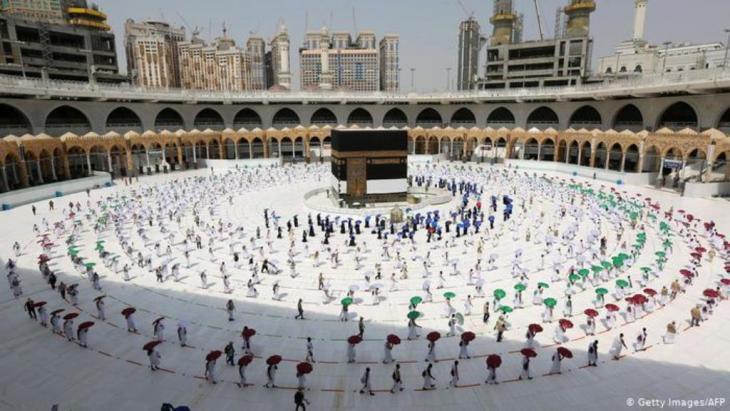 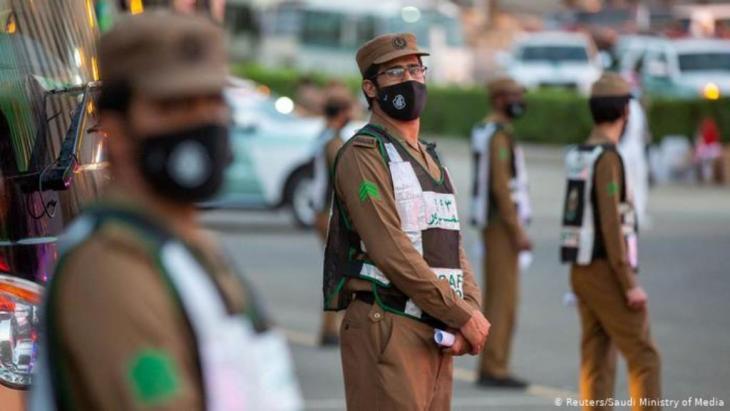 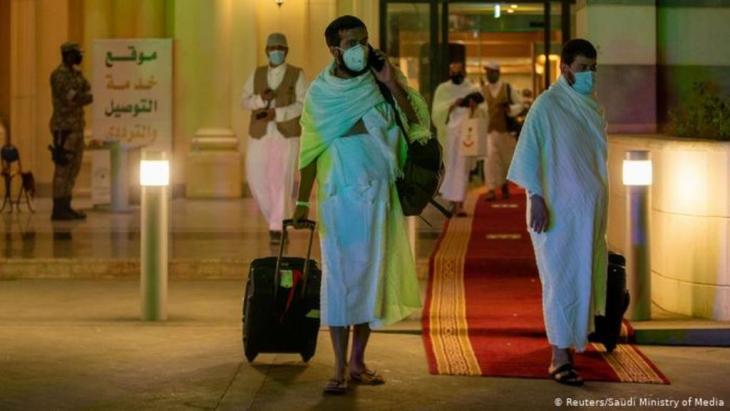 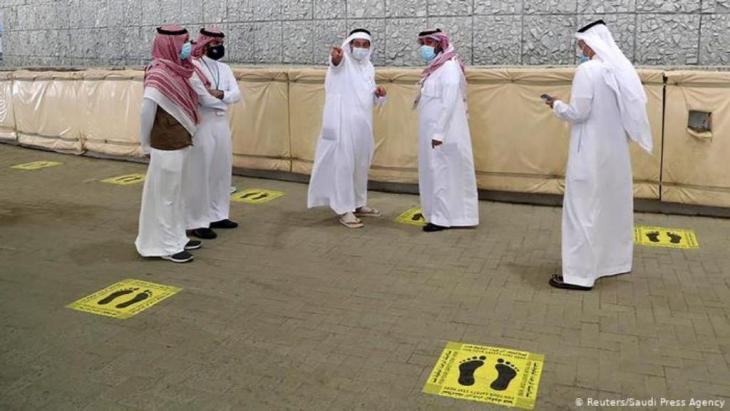 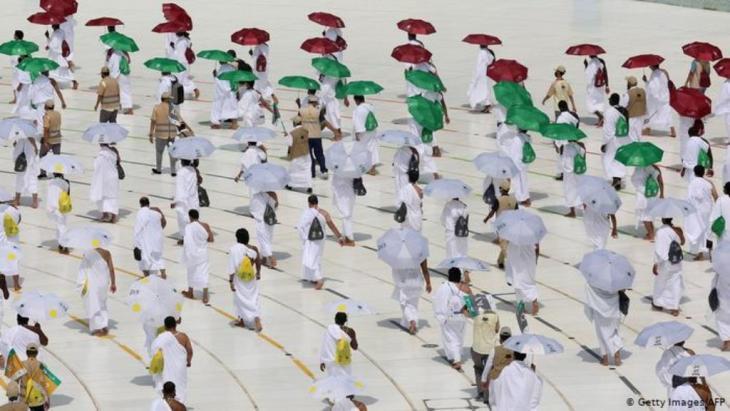 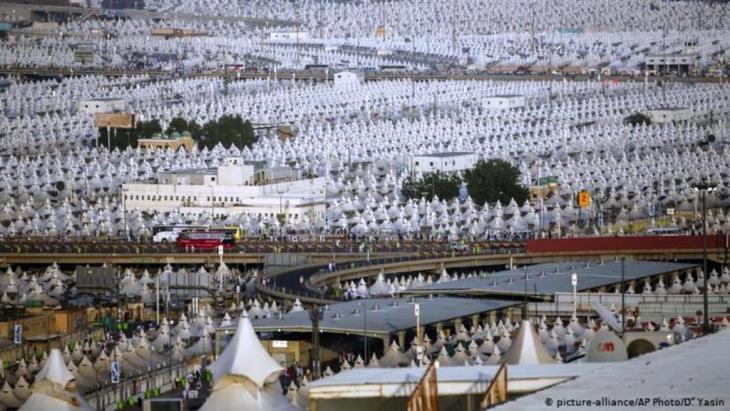 Saudi Arabia, the motherland of Islam, has in the meantime become a corona hotspot. With 3,548 deaths (as of 17 August), the death toll is far fewer than that of Iraq, which has more than 6,000 corona deaths and a similar-sized population.

But the huge numbers of tourists visiting Islamic pilgrimage sites represents a massive infection risk. That’s why the main hajj pilgrimage to Mecca was pretty much cancelled this year, taking away the significance of the ensuing Eid festival for many Muslims. How can we celebrate if we don’t see any images of pilgrims encircling the Kaaba in Mecca? In recent years, every family in the Muslim world had a member undertaking the hajj.

One of the most important pillars of Islam stipulates that every Muslim must make the pilgrimage to Mecca once in his or her lifetime. Returnees from Saudi Arabia were feted as they told their stories for hours on end and were then referred to as haji (male) or hajiya (female). None of that was possible this year. Corona robbed the Feast of the Sacrifice of its soul and suggested that in fact, the virus does not die in summer.

Scientists have now recognised this and carried out a study on the subject. A team led by environmental scientist Rachel Baker from Princeton University in the U.S. state of New Jersey recently published her report in the specialist journal "Science". According to her findings, variations in climate have little impact on the novel pathogen. Although higher levels of air humidity influence the spread of other coronaviruses and flu, the researchers say that in the case of the novel pathogen SARS-CoV-2, the lack of a “widespread immunity” is decisive.

The progress of the pandemic in warmer countries would also appear to support this theory. “It doesn’t seem that climate is regulating spread right now,” explains Baker. The researchers predict that variations in temperature will only become a decisive factor when large sections of the population are immune to the pathogen and the novel coronavirus settles down to become a seasonal virus. This development can also be observed in the case of the common cold, triggered by other human coronaviruses, which peaks in the winter outside of the tropics, the study claims.

But it will be many weeks before the desired rate of immunity is reached. In any case, no one needs to waste any more time waiting for the heat.

Home
Print
Newsletter
More on this topic
COVID-19 on the Nile: Egyptians create their own silver lining to coronavirusPolitics, inequality and a lack of transparency: Coronavirus and the Middle East's ongoing state of emergencyCOVID-19 epidemic in Iran: Faith and the coronavirus
Related Topics
Coronavirus, Free speech and censorship, Freedom of the press, Health, Human rights, Iranian opposition, Mecca
All Topics

Social media make many things possible – including the unwanted circulation of intimate private photos. This has given rise to new forms of crime and sexual blackmail. An ... END_OF_DOCUMENT_TOKEN_TO_BE_REPLACED

The change in U.S. president is also having an impact on the conflict between Turkey and Greece. Since the USA has started to play the Greek card, the strategic situation in the ... END_OF_DOCUMENT_TOKEN_TO_BE_REPLACED

Arab women played a leading role in the protest movement of 2011. Since then, ongoing social transformation has had a considerable impact on their lives. What is their assessment ... END_OF_DOCUMENT_TOKEN_TO_BE_REPLACED

They’ve already got the Louvre; they’ll soon have a Guggenheim Museum as well – and now the Emirates have added literature to their quest for cultural supremacy in the Arab world ... END_OF_DOCUMENT_TOKEN_TO_BE_REPLACED

Years in the making, Sisi's elite New Administrative Capital will isolate most Egyptians from their centres of government in an effort to fortify the regime against any social ... END_OF_DOCUMENT_TOKEN_TO_BE_REPLACED

Professor Timothy Brennan's "Places of Mind: A Life of Edward Said" is a detailed biography of one of the most important intellectuals of the twentieth century, taking us on a ... END_OF_DOCUMENT_TOKEN_TO_BE_REPLACED
Author:
Birgit Svensson
Date:
Mail:
Send via mail

END_OF_DOCUMENT_TOKEN_TO_BE_REPLACED
Social media
and networks
Subscribe to our
newsletter