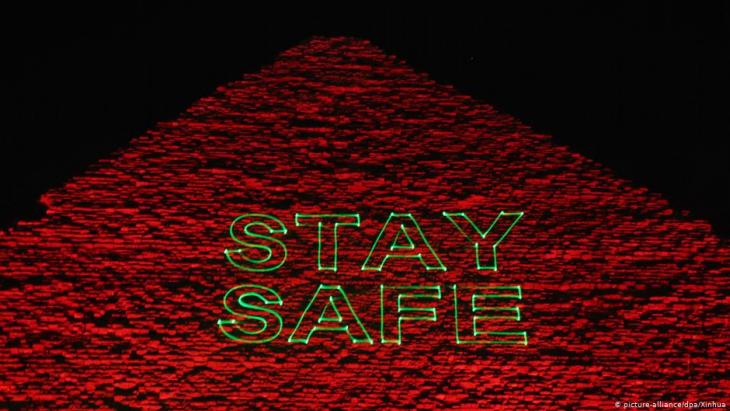 COVID-19 on the Nile
The curse of coronavirus – Egypt, a nation gripped by fear

After a prolonged slump, tourist numbers in Hurghada had been expected to rise this year. Now there are quite literally no foreign visitors at all in the Red Sea resort. But all is not lost; a healthy baby born to a mother with coronavirus is giving people there some hope. By Khaled al-Khamissi

Her name was Sonja Arif, she was a doctor and she died of coronavirus a few days ago at the age of 64. What happened next is a scene currently being played out in many parts of Egypt. Her family was in the process of burying her alongside her husband when they were surprised by a crowd of people forcibly trying to prevent the interment of the corpse.

The situation escalated, the angry crowd set fire to rice straw, blocked the path of the hearse and forced the family to go a cemetery in another village. But there too, residents tried to prevent the funeral from taking place. Eventually security forces intervened, deployed tear gas and detained 22 people. Only then were the family able to bury their relative.

In a different village, residents fought for four hours with the relatives of an old man who died of the virus after catching it from his son, who is a doctor. Here too, burial was only possible after the security forces got involved. In Cairo, residents of a house prevented a doctor from returning to his apartment. They feared he could be carrying the virus. In Alexandria, the residents of one street joined forces to keep a doctor away from his home. They demanded that he move into a hospital.

The stigma of corona

I read about incidents like these every day. In Egypt, the coronavirus is turning into a stigma and all those affected attempt to keep it a secret. As though the illness is a curse. The people's fear is becoming a implement of extreme violence primarily directed at doctors, carers and nurses working day and night in hospitals to save the lives of the sick. 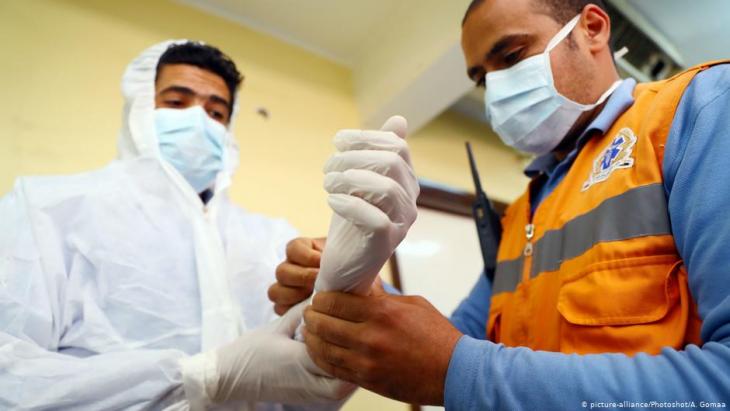 Khaled al-Khamissi: “in Egypt, the coronavirus is turning into a stigma and all those affected attempt to keep it a secret. As though the illness is a curse. The people's fear is becoming a implement of extreme violence primarily directed at doctors, carers and nurses working day and night in hospitals to save the lives of the sick”

But as is so often the way in Egypt, in times of crisis and tragedy such as these, there is also no end of jokes. For example the one about a man visited by figures clad in white who knock on his door while reassuring his neighbours that he hasn't been infected with the coronavirus, but that he's suspected of involvement in drugs.

His name is Adam and he's the first baby born in Hurghada to a mother infected with COVID-19. The birth comes at a deeply worrying time for the Red Sea resort. When the last tourists left about a month ago, Hurghada lost its main source of income. The doctors were initially unsure whether the child was carrying the virus as well. The news that he was not infected should offer some degree of reassurance. Baby Adam left the hospital and travelled home through empty streets, although Hurghada has a population of 160,000. Almost all rely on tourism.

Hurghada is a young city founded in the early 20th century. Life here was quiet until the 1970s, when tourism ushered in a new era. Inn 2015, Hurghada was named as the most popular Arab holiday destination, following a close contest with the Algerian coastal town of Oran. After a prolonged slump, the number of tourists numbers had been expected to rise this year, mostly from Russia and Germany. No one would have guessed that visitor figures would have slumped to zero in the first months of the year. 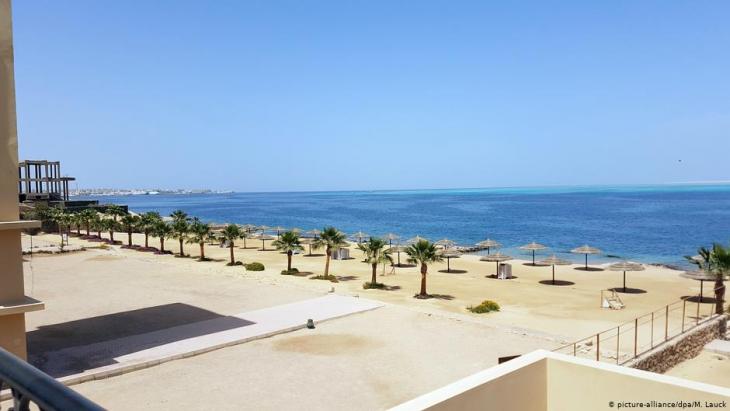 Empty beaches in Egypt's Hurghada: in the popular seaside resort the sunbeds are piled up in towers and not a single tourist can be seen beneath the sunshades. Because of the corona crisis, the holidaymakers have left and hotels and restaurants have closed. The sea is also closed. And nobody knows when beach life will be possible here again

The situation is affecting the almost four million Egyptians working in this sector. Many are anxiously wondering whether the hotels and resorts will sack their staff? The Egyptian government has passed resolutions to prevent mass redundancies. When one of the big hotels in Hurghada announced it would be dismissing employees, the government withdrew its licence. So we're seeing a tug-of-war between attempts to protect employees and the hotel operators' reasonable question: how long are we expected to pay wages with no money coming in at all? Incidentally, little Adam's mother has in the meantime recovered from the virus.

His name is Yasri and he's the owner of the hairdressing salon "Adonis" in the centre of Cairo. Yasri is four years older than me and I've known him for more than 40 years. His father worked as a hairdresser for my grandfather, whom I always accompanied when he went for a shave and a cut. As Yasri grew older, his father continued cutting my grandfather's hair while his son dealt with mine. When Yasri's father died a few decades ago, his son took over the salon. I've been to see Yasri every two weeks throughout my entire life. Should I stop visiting his salon now for fear of the virus?

I called him to offer reassurances, but he wasn't in a good way. Although his salon is open from 9 am until 6 pm, customer numbers are down by 70 percent. His income has slumped to such an extent he's calling it "dangerous". He can't keep a distance from his staff and as well as paying rent, electricity and wages, he also needs to earn enough to support his family. How long will this go on, he asked me. He can maybe hold out two months, but it'll be tough going.

Yasri's precarious situation is similar to that of his son. He bought a car and drives it for the taxi service Uber. Eight people put up cash for the vehicle, a system commonplace in Egypt: instead of taking out a loan from a bank, many borrow money from trusted acquaintances. The credit is paid off in weekly instalments using the money earned from the taxi business. This is what Yasri's son did, so a number of relatives are involved in the investment. But now he's saying he barely has any income, because many potential passengers are afraid the driver might be infected. He may now struggle to pay back his debts.

Fear has taken hold. And with fear, come demons. I can hear them howling.

Khaled al-Khamissi, born in 1962 in Cairo, is an Egyptian author and journalist. His novels have been translated into 16 languages; among his best-known are "Noah's Ark" and "Taxi".

Welcome to the world of Al Qasar, where Arabic music collides head-on with punk and psychedelic to create something powerful and beautiful. "Who Are We" is a raucous, subversive ... END_OF_DOCUMENT_TOKEN_TO_BE_REPLACED

Egyptian authorities have Mada Masr in their sights once again after critical reporting. But the editor of the country's last independent news source is adamant they will continue ... END_OF_DOCUMENT_TOKEN_TO_BE_REPLACED

Like Christianity, Europe's history is one of migration. Both have strong roots in the Orient and in cultures thousands of years old. Cultural historian Bernhard Braun invites us ... END_OF_DOCUMENT_TOKEN_TO_BE_REPLACED

When she ascended the throne, millions of Muslims still lived under British rule. Later, Elizabeth II appealed for tolerance in a multi-religious society. She was the first ... END_OF_DOCUMENT_TOKEN_TO_BE_REPLACED

END_OF_DOCUMENT_TOKEN_TO_BE_REPLACED
Social media
and networks
Subscribe to our
newsletter