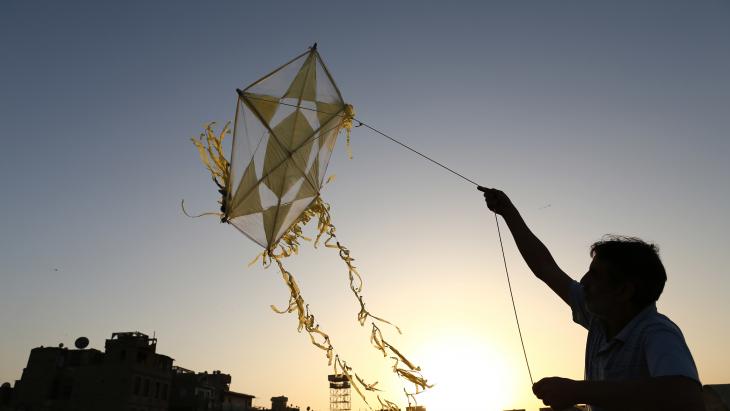 Where is the justice in corona-plagued Egypt?

An actor falls ill and receives preferential treatment; a well-known contract killer is pardoned: the corona pandemic draws back the veil on social inequality in Egypt. By Khaled el-Khamissi

In the year 1530, Sultan Zahir ad-Din Muhammad Babur, known as Babur Shah, founder of the Indian Mughal empire, wrote a letter to his son. In it, he called upon his son to dispense justice among his subjects regardless of origin or religion. In this way, he would win the hearts of the people in Hindustan.

To this day, much of the discourse in our nations revolves around the quality of justice dispensed by governments to their citizens. And one of the consequences of the COVID-19 epidemic is a sense that this justice is simply not there.

This was the subject of a conversation I had with a hard-working woman named Feryal, who is certainly among the most poorly-paid in Cairo. She said: "We always knew that we poor people were never a priority to any government, but the coronavirus has made the situation crystal clear. Did you know that in my neighbourhood most of the shops stayed open even after the lockdown began? The lockdown only applies to wealthy neighbourhoods. The police only detain people contravening lockdown rules in parts of the city of interest to the government."

In the week that saw Eid ul-Fitr celebrations to mark the end of Ramadan, the Egyptian government decided to draw the curfew forward to begin at 5pm over the holiday, close all beaches and require all hotels to empty their swimming pools. The idea of curbing large gatherings of people at a time of rising infection rates was no doubt a sensible measure.

At the same time however, the souks in poor neighbourhoods were jam-packed with people panic-buying new outfits for the festivities or snapping up baked goods such as kahk – honouring an Egyptian tradition going back almost five thousand years.

Feryal voiced her suspicions: "If it had been the poor going to the seaside or to hotels with swimming pools, would the government have been interested in closing them or leaving them open?" I didn’t answer. I just nodded as though I needed to give her question some thought. 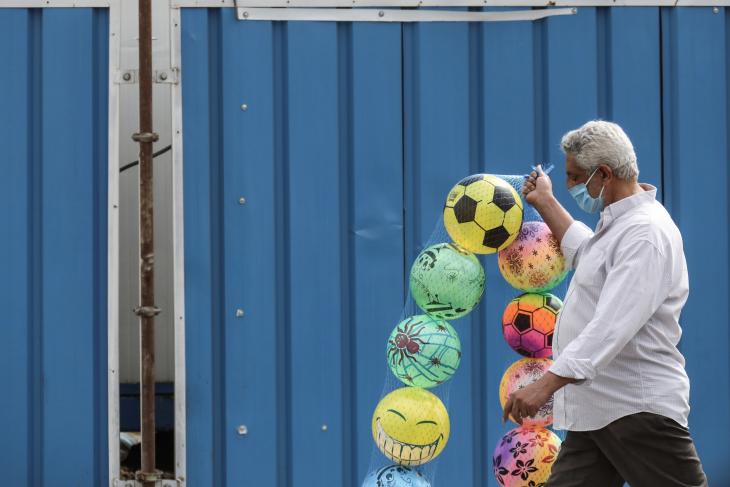 All power to the military: "'What do civilians have to do with anything?' For the military, a civilian is anyone who is not like them. With this question, our president automatically categorised all citizens as either members of the military or not – regardless of religion, gender and origin,“ argues Egyptian author Khaled el-Khamissi

Moreover, last week the news broke that a famous actor infected with coronavirus had been admitted to a hospital in Ismailia on the Suez Canal. Locals attempting to secure a bed in the very same hospital had themselves been told that it was full to capacity.

Ever since, my friends and I have been debating whether it is right that a famous actor should be given better treatment than doctors and nurses. After all, the safety of frontline workers has been so neglected that many have died of COVID-19. Are actors more important to the government than doctors, we wondered?

My actor friends defended the preferential treatment of their colleague saying that she – like many others – had previously been forced to film TV series for Ramadan under risky conditions.

It is a peculiar phenomenon in the entire Arab work that a whole host of TV series are broadcast during Ramadan. Basically, if the programme isn’t on during Ramadan, it’s worthless. This forces all those involved to work almost right to the end of the month. There was a lengthy discussion on the issue back in March. Wouldn’t it be better to stop work on the series altogether? But in the end, the drums of war announced that Ramadan broadcasts were nothing less than a national duty. Perhaps because they are an instrument of political propaganda?

At Eid ul-Fitr it is common practice for the Egyptian ruler to pardon a large number of prisoners. Thousands of inmates were therefore liberated by our president, among them a former police officer named Mohsen al-Sukkari. Back in 2010, he was given a 25-year prison term for the murder of Lebanese singer Suzanne Tamim in Dubai. He acted at the behest of real-estate mogul Hisham Talaat Mustafa, who paid two million dollars for the contract killing. Mustafa is also a free man – following a pardon by the president to coincide with Eid ul-Fitr in 2017.

I don’t know what motivated the president to make these decisions. But it begs the question why a professional contract killer is pardoned, while young people who have merely criticised the government on Facebook are passed over for release. All the more so because since the start of the epidemic, many have been calling for the release of all those detained without trial.

And so I try to imagine a hierarchy of population groups according to their significance for the government. At the top of the pyramid are most certainly members of the military, wealthy businesspeople and men of the cloth. But where are the writers? Where do I stand in the pyramid? What about university lecturers? Police officials? Carpenters and other tradespeople? Is it possible that the government keeps a secret list ranking people by their importance?

It seems to me that history will one day regard a single sentence uttered by President Abdul Fattah al-Sisi as the quintessence of our time: "What do civilians have to do with anything?" For the military, a civilian is anyone who is not like them. With this question, our president automatically categorised all citizens as either members of the military or not – regardless of religion, gender and origin.

Another certainty is that governments give preferential treatment to those in the limelight. But the spotlights are limited, and in accordance with the will of the government, first and foremost directed at itself. The vast majority remains in the dark.

Facebook and other social networks have created countless new, more powerful spotlights allowing a huge number of people to step into the light. All governments are striving to subject these virtual spotlights to legal regulations, in order to minimise the number of those entering the limelight.

The decision to close all the beaches may have been taken to prevent the spread of the virus. But only because most of those who would have descended on the beaches and hotels are people who live in the limelight and if they had become infected, things would have been awkward.

What would be in Barbur Shah’s letter, I wonder, had he written it today?

Khaled al-Khamissi, born in 1962 in Cairo, studied political science at the University of Cairo and the Sorbonne. His journalism appears in various Egyptian publications. He has also worked as a producer, director and screenwriter for a variety of feature- and documentary films.

Home
Print
Newsletter
More on this topic
COVID-19 in Egypt: Safely through corona crisis? Go on, take my used maskCOVID-19 on the Nile: One Egyptian's dream of a brave, new, post-coronavirus worldCOVID-19 on the Nile: The curse of coronavirus – Egypt, a nation gripped by fear
Related Topics
Abdul Fattah al-Sisi, Coronavirus, Economy, Education, Egypt's army, Health, Social movements
All Topics

Social media make many things possible – including the unwanted circulation of intimate private photos. This has given rise to new forms of crime and sexual blackmail. An ... END_OF_DOCUMENT_TOKEN_TO_BE_REPLACED

The change in U.S. president is also having an impact on the conflict between Turkey and Greece. Since the USA has started to play the Greek card, the strategic situation in the ... END_OF_DOCUMENT_TOKEN_TO_BE_REPLACED

Arab women played a leading role in the protest movement of 2011. Since then, ongoing social transformation has had a considerable impact on their lives. What is their assessment ... END_OF_DOCUMENT_TOKEN_TO_BE_REPLACED

They’ve already got the Louvre; they’ll soon have a Guggenheim Museum as well – and now the Emirates have added literature to their quest for cultural supremacy in the Arab world ... END_OF_DOCUMENT_TOKEN_TO_BE_REPLACED

Years in the making, Sisi's elite New Administrative Capital will isolate most Egyptians from their centres of government in an effort to fortify the regime against any social ... END_OF_DOCUMENT_TOKEN_TO_BE_REPLACED

Professor Timothy Brennan's "Places of Mind: A Life of Edward Said" is a detailed biography of one of the most important intellectuals of the twentieth century, taking us on a ... END_OF_DOCUMENT_TOKEN_TO_BE_REPLACED
Author:
Khaled al-Khamissi
Date:
Mail:
Send via mail

END_OF_DOCUMENT_TOKEN_TO_BE_REPLACED
Social media
and networks
Subscribe to our
newsletter