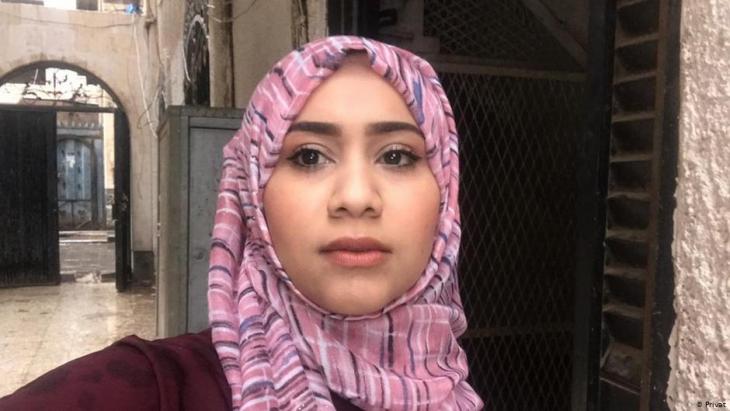 War, poverty, cholera – and now coronavirus has taken hold in Yemen. The country could collapse, aid organisations fear. A Yemeni journalist talks about the situation in her country. By Diana Hodali

"For us, death is normal," said Amal Mansour. "But I am still afraid of coronavirus." Mansour, 28, lives in the Yemeni capital, Sanaa. She's worried because coronavirus, which has been in the country since mid-April, is adding to the problems of a people already made weak and vulnerable by a cholera epidemic and five years of civil war.

Amal Mansour admits she once held great hopes for her country – back in 2011, when the old government was ousted in the wake of the Arab Spring rebellions. "I absolutely wanted to stay in my country, to see for myself how it would develop," she said. But then everything took a different course. In 2015, the war began. "And now we have the coronavirus in the country as well. My home can't cope with an epidemic," she said.

As a freelance journalist for international media outlets, Mansour has closely observed how Yemen has handled the outbreak. She relates how the few hospitals that are still intact have refused to take in infected people, partly because staff members there lack adequate protection equipment.

"As a nurse, I want to help and treat patients," said Irene Versoza, a nurse at the University of Science and Technology Hospital in Sanaa, in a recent report from the UN Office for the Coordination of Humanitarian Affairs. "Even if I want to treat, how can I do that without personal protective equipment? My focus would shift from the patient to worrying about if I will get infected."

Mansour reports that many Yemenis don't dare go to hospitals, for fear of becoming infected themselves. She said people in Yemen have experienced many terrible things, but said coronavirus could be the final blow. 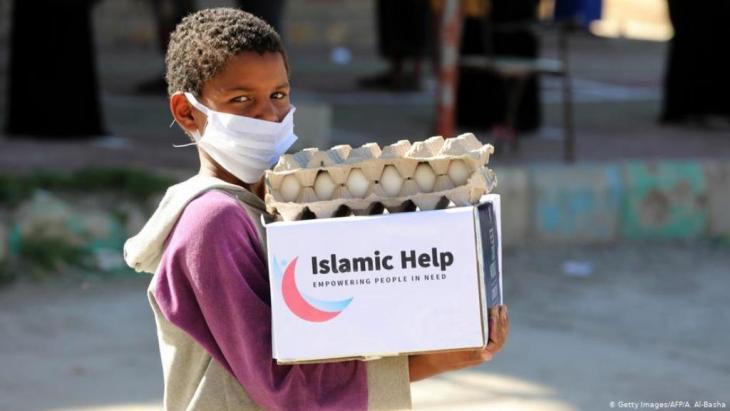 Almost 80 percent are dependent on humanitarian aid. "Most of them are day labourers; they can't afford to stay at home. If they don't work, they starve," says Yemeni journalist Amal Mansour

A complicated proxy war has been raging in Yemen for the last five years. At its core, it's a conflict between Houthi rebels and the internationally recognised government of exiled President Abd Rabbo Mansour Hadi. The latter, however, is backed by a military coalition led by Saudi Arabia and the United Arab Emirates.

Saudi Arabia, a Sunni monarchy, sees the Houthis as allies of its arch-enemy, the predominately Shia Muslim nation of Iran. The Houthis took control of large parts of Yemen in late 2014, including Sanaa, where they drove out Hadi and his government. He and Prime Minister Maeen Abdulmalik Saeed are now based in Saudi Arabia.

Aden, in southern Yemen, remained the provisional seat of government. A few weeks ago, however, the coastal city was overrun by separatists. They announced plans to "self-govern" the city and other southern provinces in April, amid a unilateral two-week cease-fire declared by the Saudi-led military coalition, later extended until the end of May. The cease-fire was meant to give the United Nations more time to mediate between the Houthis and the government.

Drought and upstream water diversions have seen the Zayandeh Rood, "fertile river" in Persian, run dry since 2000, with only rare exceptions. The famed river bridges of the ... END_OF_DOCUMENT_TOKEN_TO_BE_REPLACED

Very different Western reactions to the suffering in Ukraine and the Arab world show that there is a profound rift among cultures. Essay by Michael Young END_OF_DOCUMENT_TOKEN_TO_BE_REPLACED

Since the government cut subsidies for food, prices in Iran have skyrocketed. Protests that broke out in Khuzestan province are now spreading across the Islamic Republic. By ... END_OF_DOCUMENT_TOKEN_TO_BE_REPLACED

United Arab Emirates strongman Sheikh Mohammed bin Zayed al-Nahyan, who was formally elected president on 14 May, has led a realignment of the Middle East, creating a new anti- ... END_OF_DOCUMENT_TOKEN_TO_BE_REPLACED

More than 800 Iranian filmmakers have signed a declaration against sexual harassment, coercion and violence in their industry. The public's response to their willingness to name ... END_OF_DOCUMENT_TOKEN_TO_BE_REPLACED
Author:
Diana Hodali
Date:
Mail:
Send via mail

END_OF_DOCUMENT_TOKEN_TO_BE_REPLACED
Social media
and networks
Subscribe to our
newsletter