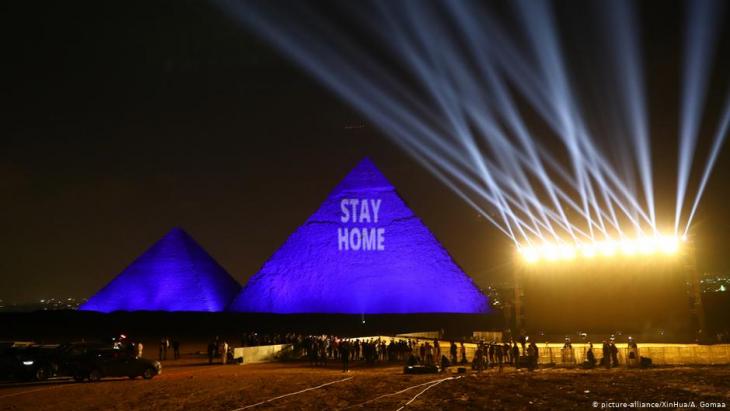 According to the latest Reuters tally, more than 2.54 million people are now reported to have been infected by the novel coronavirus globally and 177,004 have died. As Muslims prepare for a very different Ramadan this year, here are the latest developments from across the region

Algeria will extend a lockdown by 10 days until 29 April as it tries to limit the spread of the coronavirus amid increases in deaths and confirmed cases, the prime minister's office said on Saturday.

The government had imposed a full lockdown in the Blida area, south of the capital Algiers and a night curfew in the country's remaining 47 provinces until 19 April.

"All other preventive measures will remain in place," the office said in a statement, referring to measures including the suspension of flights and public transport and closure of universities, schools, restaurants and cafes.

Algeria has so far reported 2,418 infections and 364 deaths.

Bangladesh has announced it will provide food support for 50 million low-income people affected by the global coronavirus pandemic that has killed at least 84 people in the South Asian country.

Prime Minister Sheikh Hasina made the announcement on Saturday in a brief parliamentary session that was convened amid a nationwide lockdown to stem the spread of the virus.

The government will also bring an additional 5 million households into a scheme to provide subsidised grains from the public distribution system, she said. Twenty-five million people have already been allowed to purchase subsidised food under the nationwide programme.

Money, she said, will be diverted from comparatively less important development projects to meet expenses for the well-being of the country of more than 160 million people, 10 percent of whom are considered extremely poor.

Egypt, which has a population of 100 million, has reported 3,490 cases of the new coronavirus, including 264 deaths. Top officials have expressed confidence they can contain the outbreak through measures including quarantine, a night curfew in place since 25 March and public information campaigns.

But since the country's first case on 14 February, relatives and rights groups have called for the release of detainees, including political prisoners swept up in a crackdown on dissent under President Abdul Fattah al-Sisi.

While countries including Iran, Germany and Canada have freed prisoners in an effort to contain the coronavirus epidemic, Egypt has given no public sign it will do so.

Chinese President Xi Jinping's visit to Saudi Arabia in December 2022 may have rattled Washington, but it simply highlighted the Arabs’ desire to diversify their foreign relations ... END_OF_DOCUMENT_TOKEN_TO_BE_REPLACED

Nouara may be 65, but she is ready to join thousands of others who burn their ID and pay traffickers for the chance of a new life in Europe. Zineb Bettayeb reports END_OF_DOCUMENT_TOKEN_TO_BE_REPLACED

In Doha, Arabs from Morocco, Tunisia, Egypt and Algeria are gathering to celebrate the first ever FIFA World Cup to be held on Arab soil. The criticism from Europe? Over the top, ... END_OF_DOCUMENT_TOKEN_TO_BE_REPLACED

"Rebel Game: The Power of Football in the Middle East and the Qatar World Cup", an anthology published by Middle East researchers Jan Busse and Rene Wildangel, takes the upcoming ... END_OF_DOCUMENT_TOKEN_TO_BE_REPLACED

After a two-year hiatus, the Arab League re-convened at the beginning of November in Algiers against a backdrop of uncertainty and discord. By Pierre Boussel END_OF_DOCUMENT_TOKEN_TO_BE_REPLACED
Date:
Mail:
Send via mail

END_OF_DOCUMENT_TOKEN_TO_BE_REPLACED
Social media
and networks
Subscribe to our
newsletter 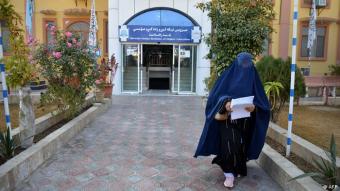