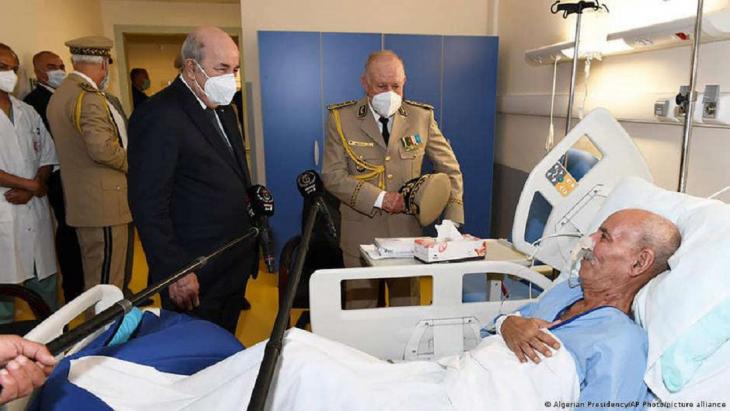 Crisis between Morocco and Germany
Western Sahara, source of strife among would-be partners

Morocco and the European Union are at cross purposes when it comes to the Western Sahara. And, as Germany does not support Moroccan claims to the territory, a major conflict has arisen between the two countries. And the German-Moroccan crisis is getting expensive – for both sides, as Hans-Christian Roessler reports

Brahim Ghali is gone, but the crisis remains. On the evening of 2 June, the head of Polisario (Popular Front for the Liberation of Saguia el-Hamra and Río de Oro) left Spain. And yet his return to Algeria does not signify a detente between Morocco and Spain – or the rest of the European Union.

Even before Ghali was discharged from the Spanish hospital where he was being treated for COVID-19, the government in Rabat had made it amply clear that the investigation launched against him was not the main cause for the deteriorating relations with Europe.

The issue is instead European recognition of Moroccan claims to the Western Sahara. Morocco's official statement included two threats that are likely to cause some anxiety in Berlin as well. Morocco reminds Europeans therein of its importance as a partner in the fight against jihadist terrorism and illegal migration, having "neutralised 82 terrorist acts".

Just over two weeks ago, Moroccan security forces in Ceuta showed what happens when they stop patrolling the borders. Nearly 10,000 Moroccans were able to reach the Spanish exclave.

Morocco has now discontinued its security co-operation with Spain, was the word from Rabat. Germany had already been affected: "German-Moroccan security cooperation in the police sector has been temporarily suspended," a spokesman for the German Interior Ministry told the Frankfurter Allgemeine Zeitung newspaper in Berlin.

Moroccan security forces have boasted in the past that they had access to information that could have prevented the December 2016 terrorist attack at the Christmas market on Breitscheidplatz in Berlin. Most of the recent terrorism in Europe has in fact been perpetrated by Moroccans or Tunisians.

Germany has said that it is committed to a "prompt resumption of cooperation". But now that the Moroccan government has cut off contact with the German embassy in Rabat and the Moroccan ambassador has left Berlin, that is unlikely. Madrid expects the diplomatic blockade, which began for Germany in March and is slowly getting expensive for both sides, to last for a long time. 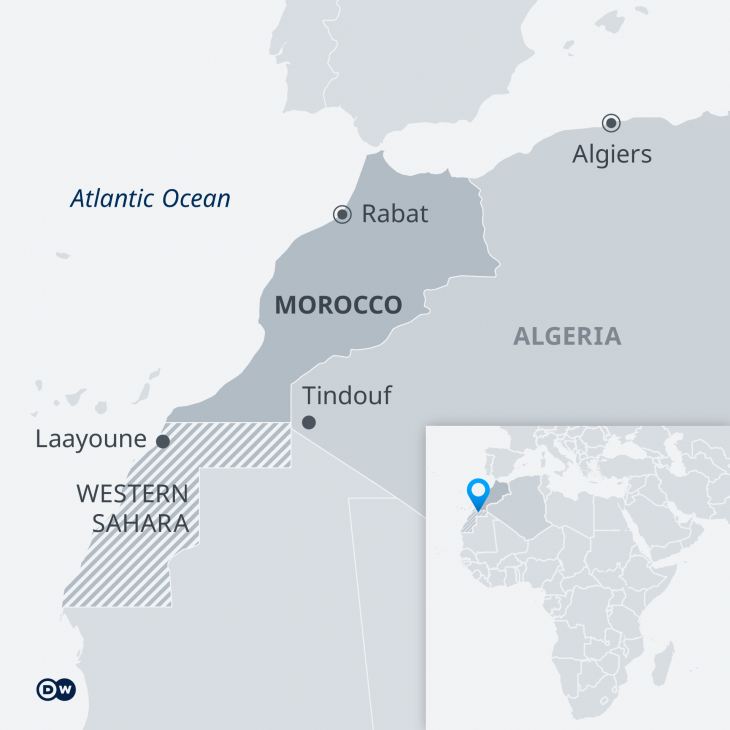 When former U.S. President Donald Trump declared he would recognise Morocco's sovereignty over Western Sahara in December 2020, the government in Rabat hoped for international acceptance of its claims to the resource-rich territory. Trump's decision at the time persuaded Morocco to establish full diplomatic relations with Israel. Germany criticised Trump's decision and called a meeting of the UN Security Council on the issue. Since then, the conflict between Germany and Morocco has escalated, jeopardising cooperation in all areas

The two nations are in fact linked by long-standing and successful development co-operation. Last year, the North African country received pledges from Germany totalling 420 million euros, mostly in the form of loans. Due to the coronavirus crisis, this sum was topped up with further loans of 717 million euros, according to the German Ministry for Economic Cooperation and Development (BMZ). "In view of the diplomatic crisis triggered by Morocco, project activities in the field of governmental and non-governmental development co-operation had to be halted in March 2021," says a spokesperson.

This particularly affects the German-Moroccan hydrogen alliance, which includes the construction of the first "large-scale reference plant" for green hydrogen in Africa. The costs for the plant are expected to come to 325 million euros, a large portion of which is to be financed by loans and subsidies from the German government via the KfW Development Bank.

In Morocco the cooling off of relations has had a major impact, not only on political foundations, but also on the Deutsche Gesellschaft für Internationale Zusammenarbeit (GIZ), which has been active in Morocco on behalf of the German government since 1975. Moroccan ministries and authorities also cut off contact with GIZ in March.

"The lack of communication with Moroccan partners means that the work involved in the 50 or so GIZ projects in Morocco can only be carried out to a limited extent," says a GIZ spokeswoman. The situation has not yet affected personnel numbers: The nearly 300 national and seconded GIZ staff are still "on the ground" – even if they have little to do at present.

For more than three months now, Morocco has thus been missing out on substantial state and private financing from Germany. Large sums of taxpayer money cannot simply be transferred to government agencies there, because they can no longer be reached for tracking the funds. After South Africa, Morocco is the second most important investment location for German companies in Africa. 30,000 employees working there for nearly 80 Germany companies generate a turnover of almost two billion euros.

"The crisis is hitting companies that work with state partners in areas like health and energy and which can no longer contact them," notes the chief executive of the Afrika-Verein der deutschen Wirtschaft, Christoph Kannengiesser.

This also has implications for new investors. The Afrika-Verein had planned trips to Morocco this spring with German entrepreneurs to inform them about hydrogen projects. However, the North African country is not dependent on either Germany or Spain. "There are always alternatives for both sides. China, Russia, Turkey and the Gulf States are working to expand their influence in Morocco and the Maghreb," says Kannengießer.

Morocco itself also has political ambitions in North Africa. First and foremost is the challenge of resolving the conflict in Libya, where the government in Rabat feels it has been excluded and hindered by Germany. At least that is one of the reasons given for suspending diplomatic relations. The German Foreign Office has trouble understanding this objection, because only two weeks before the recall of the Moroccan ambassador and the publication of the communique on 6 May, Morocco had taken part in a meeting on Libya chaired by German Foreign Minister Heiko Maas.

Shortly before that, Morocco had been invited to the second Berlin Conference on Libya at the end of June. Morocco's accusation that Germany wants the country to play no role in the peace efforts thus has no basis in reality, according to the German Foreign Ministry. It is incomprehensible as a reason for suspending cooperation – or for escalating the crisis by dismissing the ambassador.

Nouara may be 65, but she is ready to join thousands of others who burn their ID and pay traffickers for the chance of a new life in Europe. Zineb Bettayeb reports END_OF_DOCUMENT_TOKEN_TO_BE_REPLACED

In Doha, Arabs from Morocco, Tunisia, Egypt and Algeria are gathering to celebrate the first ever FIFA World Cup to be held on Arab soil. The criticism from Europe? Over the top, ... END_OF_DOCUMENT_TOKEN_TO_BE_REPLACED

"Rebel Game: The Power of Football in the Middle East and the Qatar World Cup", an anthology published by Middle East researchers Jan Busse and Rene Wildangel, takes the upcoming ... END_OF_DOCUMENT_TOKEN_TO_BE_REPLACED

After a two-year hiatus, the Arab League re-convened at the beginning of November in Algiers against a backdrop of uncertainty and discord. By Pierre Boussel END_OF_DOCUMENT_TOKEN_TO_BE_REPLACED

The history of Jews and Muslims is far more entangled than you might imagine – but you have to listen out for it. In "Recording History", Christopher Silver takes us on a sonic ... END_OF_DOCUMENT_TOKEN_TO_BE_REPLACED
Author:
Hans-Christian Rößler
Date:
Mail:
Send via mail

END_OF_DOCUMENT_TOKEN_TO_BE_REPLACED
Social media
and networks
Subscribe to our
newsletter