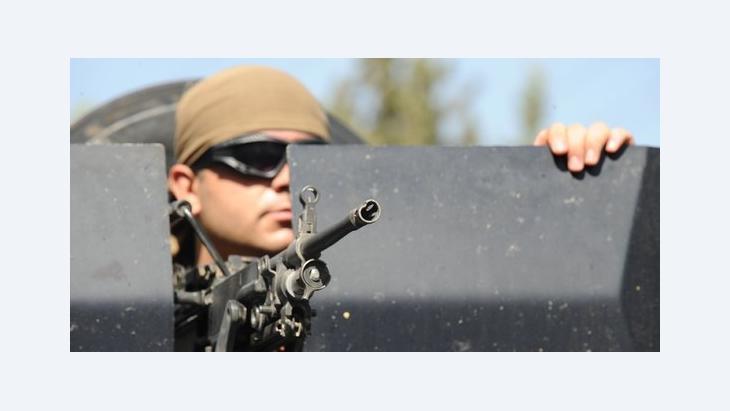 Crisis between Turkey and Syria

﻿Despite the shelling by Syria of the Turkish border village of Akcakale, Ankara is avoiding any direct military intervention in Syria without Western or Arab backing. The government has decided instead to work towards setting up safe zones for the opposition on Syrian territory, in an attempt to further destabilise the regime in Damascus. By Thomas Seibert in Istanbul

﻿According to an old proverb in the world of international relations, states don't have friends, only interests. The development of the relationship between Turkey and its neighbour Syria since the start of the uprising against the Syrian leader Bashar al-Assad last March shows how quickly friends can become bitter enemies if the interests of the two sides should change.

Turkey now officially supports Assad's overthrow, and is even deploying military means to push Assad into a corner. It's a dangerous game: Ankara wants to avoid a war, but it doesn't exclude the possibility of one.

Last year, Turkey tried for several months to convince Assad to undertake reforms which would go some way to meeting the opposition's demands, but Assad rejected Turkey's efforts.

The Turkish foreign minister, Ahmet Davutoglu, held several rounds of negotiations with the Syrian president. He said later that Assad was suffering from the "dictators' illusion": dictators often live in a fantasy world in which they believe they could save their regime by merely waiting out developments and making a few cosmetic changes.

From friend to enemy 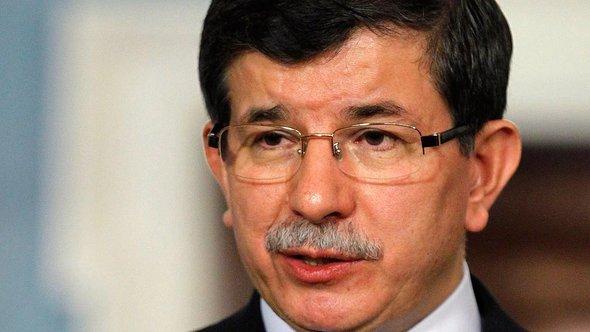 "Dictators' illusion": The Turkish foreign minister Ahmet Davutoglu tried in vain – even before the uprising began – to get President Bashar al-Assad to carry out domestic reforms

​​But that isn't the case, says Davutoglu: now, Turkey is convinced that calm will only return to Syria if Assad gives up power. As a direct neighbour which has taken in some 100,000 Syrian refugees, but also as a leading export nation in the Middle East, Turkey has a long-term interest in stable conditions in the region. Ankara now believes stability is only possible if Assad goes.

So, after Davutoglu's attempts at mediation had failed, the government of prime minister Recep Tayyip Erdogan moved from being Assad's friend to becoming his enemy. Turkey allowed those who were challenging the regime in Damascus politically and militarily to coordinate their activities in Syria on Turkish soil. According to unconfirmed reports, Turkey also closed its eyes to arms deliveries for the rebels.

Syria responded by accusing Turkey of supporting the "terrorists" – but, in addition, Turkish authorities and the Syrian opposition are both convinced that Damascus has also been encouraging the anti-Turkish rebel group, the PKK, to set up bases along the border, in order to allow them to carry out armed activities from Syria aimed at destabilizing the Kurdish regions in Turkey.

Now, some Turkish observers believe that Damascus is trying to provoke a full-scale war with Turkey. According to the commentator Orhan Miroglu in the pro-government newspaper Today's Zaman, the shelling of the Turkish border town Akcakale this week was part of this policy.

Miroglu argues that, if Assad can get Turkey involved in the Syrian conflict, it would turn a people's freedom struggle against forty years of dictatorship into a fundamental conflict between Arabs and Turks. Assad is trying to tempt Turkey into a "Vietnam-style quagmire".

That's why the shelling of Akcakale was seen in Ankara as a deliberate Syrian provocation. And that's why the Erdogan government emphasises so insistently that it does not want war. The Turkish shelling of Syrian positions in retaliation was merely intended to make it clear to the Syrians that Ankara was not prepared to accept any violation of Turkish territory. 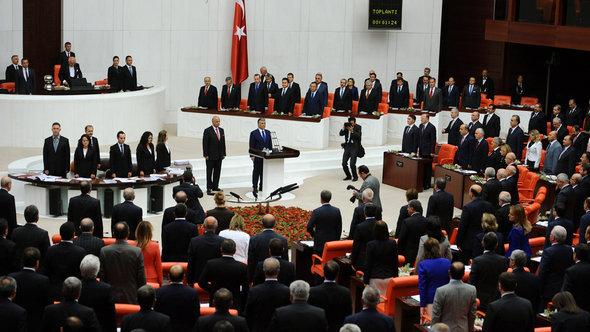 Green light for military intervention across the border: one day after the shelling of the Turkish border village of Akcakale, the Turkish parliament passed a law which would allow the country's military to carry out operations in Syria

​​In his initial public statement following the death of the two women and three children as a result of the shelling of Akcakale, Erdogan said Turkey wanted complete security at its borders.

That is Ankara's official line, but Erdogan by no means has the whole population, or even the whole of the political class, behind him. In the parliamentary vote on a mandate for the military to intervene in Syria, 129 members voted against, and in several cities thousands of demonstrators went on to the streets to protest against the policy of the Erdogan government.

One reason for the hesitation is that some observers believe that Erdogan is not telling the whole truth when he talks of the defence of national security. They believe that the Turkish artillery fire on the Syrian positions continued for so long because the government was following a policy which went beyond what was publicly announced. According to the columnist Ismet Berkan in the daily Hürriyet, Ankara wanted to change the balance of power on the Syrian side of the border in favour of the opposition.

There's been heavy fighting for weeks between rebels and government troops on the Syrian side of the border post at Akcakale. According to media reports, following the Turkish shelling, government artillery has been withdrawn some 15 to 20 kilometres back from the border. And that gives the rebels the opportunity to bring the border region under their control and to improve the organisation of their supply lines, Berkan says.

Now that parliament has approved the mandate for the Turkish army to operate across the border, Syrian government troops will have to expect that they might come under attack from Turkey at other sectors of the 900-kilometre-long border if they come too close. If Ankara should indeed carry out more retaliatory attacks, that will mean that, over the next few weeks, there will be further zones along the border from which Syrian troops have been effectively forced out.

Observers like Berkan see this as a way in which safe zones could be set up on Syrian territory – a policy which Turkey has long supported, but which has received little international backing. Syrian rebels could regroup and refugees could find shelter in such unofficial safe zones, without having to worry about being attacked by Syrian troops. 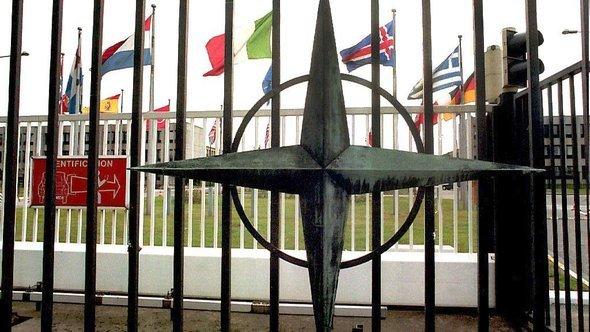 United behind Turkey: after a hurriedly-summoned extraordinary meeting of its ambassadors, NATO called the Syrian attack on one of its members a flagrant violation of international law and a security threat for Turkey's allies. Yet none of the NATO member states wants to get dragged into the Syrian conflict

​​The parliamentary mandate also allows Erdogan to deploy the air force in Syria – and that, at least theoretically, would call into question the air superiority of the Syrian troops which has so far been such an important factor in the civil war. Nobody doubts that Turkey will indeed strike again if it feels threatened by the Syrian military. Erdogan has already referred to another shelling incident, this time in Hatay province in the Western sector of the border.

In demanding safe zones, Erdogan considers that such zones would help speed the overthrow of the Assad government. The Syrian opposition has been calling for them for months, saying that they would speed up the rate of desertion from the Syrian army and thus undermine the regime further.

But Ankara wants to avoid at all costs a direct military intervention in Syria without Western or Arab support – that's why safe zones would be clearly in accord with Turkish plans. There are plenty of moves possible in this dangerous Middle Eastern game.

Home
Print
Newsletter
More on this topic
Javier Solana on Finding a Solution to the Syrian Conflict: Towards a Syria ConsensusInterview with Mustafa el-Labbad: ''Turkey Regards the Assad Regime as Finished''Alliance between the PKK and the Assad Regime: A Political Sect on the Wrong Track
Related Topics
Arab Spring, Arabellion, Syrian Civil War
All Topics

Germany's foreign policy is explicitly values-based. But what happens, Ralf Bosen asks, when democracy, the rule of law and human rights collide with the logic of trade and ... END_OF_DOCUMENT_TOKEN_TO_BE_REPLACED

No other Western poet was arguably so well-versed in the Koran or so fascinated by Islam as Germany's national hero, Goethe. In a new publication that examines all Goethe's ... END_OF_DOCUMENT_TOKEN_TO_BE_REPLACED

A deluge of books, movies, series and cover stories: ever since the events of 9/11, the West has seemed almost manically preoccupied with Islam. Yet this has rarely led to deeper ... END_OF_DOCUMENT_TOKEN_TO_BE_REPLACED

Twenty years after 9/11, the world is faced with the dual challenge of Islamophobia and anti-Westernism. Ahmet Kuru argues that Muslims in the West, well versed in both Western ... END_OF_DOCUMENT_TOKEN_TO_BE_REPLACED

Two decades after the attacks of 11 September 2001, the West faces the shattered debris of its failure – not only in Afghanistan, but also in Iraq, Syria, Libya and Yemen. What ... END_OF_DOCUMENT_TOKEN_TO_BE_REPLACED

Twenty years after 9/11, the United States is recalibrating its war policy. However, its assertions that the era of endless wars is over are a myth, writes Maha Hilal END_OF_DOCUMENT_TOKEN_TO_BE_REPLACED

Comments for this article: The Battleground Expands

Why hasn't anyone come up with the idea yet that the shells onto Turkish territory were fired by REBELS?! Cui bono - to whose benefit? That is the first question that should be asked when there is a murder, as there is in this case - more often than not this question leads you to the culprit.

END_OF_DOCUMENT_TOKEN_TO_BE_REPLACED
Social media
and networks
Subscribe to our
newsletter