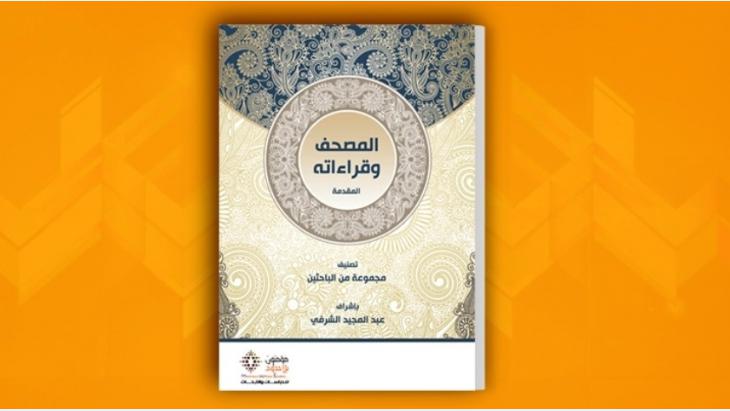 For many years, progressive Islamic thinkers have been calling for people to read and understand the Koran in the context of the period in which it was written. Now, for the first time, Tunisian Islamic scholar Abdelmajid Charfi has put together a critical historical edition. By Annette Steinich

Abdelmajid Charfiʹs workplace is paradise. The Beit al-Hikma Academy of Sciences, Letters and Arts, of which Charfi is currently president, is in Carthage, overlooking the Gulf of Tunis. Itʹs a majestic 19th-century palace built in a Turkish-Andalusian style. The first thing on the table is tea, followed by the Koran, five thick, large-format volumes. The title is a manifesto: "The Koran Text and its Variants".

Charfi, who is Professor Emeritus of Islamic Studies at the University of Tunis, leafs through the thin pages and explains how his edition works: "the verse is printed at the top of the page, in the calligraphy of the Koranic text corpus. Underneath, in red, is the translation into the Arabic script we use today. And the third, light grey part," the editor pauses for a moment – "gives the variations on that verse, citing the author and source." The edition is completely unprecedented in the Muslim world.

Trimmed by the Caliph

In the Islamic tradition, God speaks his message straight into the ear of his last prophet, Muhammad. The Prophet – who was illiterate, which means that pious Muslims regard the book as a miracle for that reason alone, as well as for its linguistic beauty – gives a verbal rendering of the divine text to his companions. His secretaries write down what they hear. Copies containing variations appear from the very beginning – which for Muhammad himself is not a problem: his message lives in the conversations he has with the community.

But as early as twenty years after Muhammadʹs death, the third Caliph Uthman ends the argument about the text. He decides which verses came from the mouth of the Prophet and are therefore valid. All the writings that donʹt fit within his canon are prohibited and burned. This text, still considered by most of the Arab world as the only authoritative version, is printed for the first time in 1924 by Al-Azhar University in Cairo.

But the variants survive, becoming the object of literary interpretation and theological discussion. In Charfiʹs new edition, they now stand alongside the canonical version and put the well-known text in a new light. 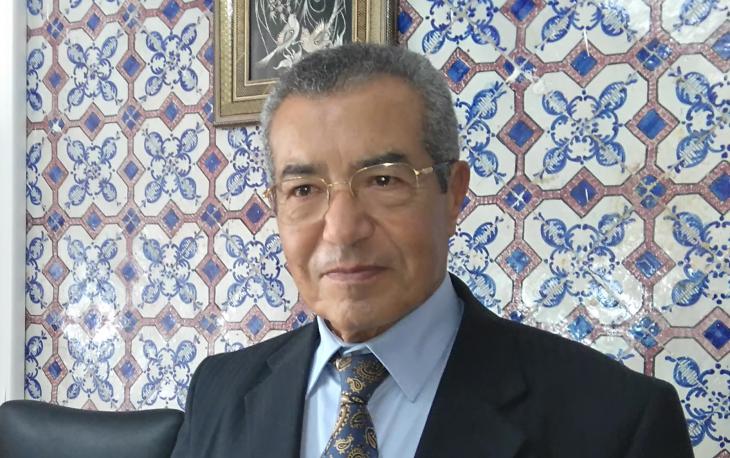 Redefining the status of the Koran within Islam: according to Charfi and his school of critical, historical Koran exegesis, the Koran is at once the product of divine inspiration and a text passed down in human language, influenced by the Prophetʹs personality and the circumstances in which he lived, his culture and community. Anyone who denies this today, says Charfi, is separating religion from life

Charfi has analysed biblical and Jewish studies, Aramaic and Syrian literature and forbidden manuscripts by friends of the Prophet. Textual critics dig down like archaeologists and Charfi has exposed four layers in the Koran: original Christian texts; Muslim interpretations of this heritage (which has been branded "un-Islamic"); texts that are attributed directly to Muhammad; and finally the parts completed after his death in 633. The echoes of the Judaic and Christian history of ideas in the Koran are unmistakeable.

There are variations of almost every verse of the 114 suras. Only the short, easily remembered suras from the Prophetʹs time in Mecca – around five percent of the total text – are identical in all the texts that have been passed down to us. This is the essential result of Charfiʹs research, conducted over more than ten years with a team of ten volunteer academics: there is not one, clear holy text, but a multi-layered web of texts that carry traces of their own history and that of their authorsʹ political, social and religious environments.

"The variations can be purely formal, or they can be significant in terms of content," the 76-year-old says carefully. Then he becomes diplomatic: "If you look at the variations, you recognise how dangerous a purely literal reading can be." The Koranic verses cannot be used in every situation we encounter in our present-day world. As Charfi says, the Koranʹs revelations were made to the Prophet under specific historical conditions.

A Tunisian farmer attaches a machine to a cow's udder and sets the pump whirring, but he only expects to fetch less than half the normal amount of milk amid soaring fodder prices END_OF_DOCUMENT_TOKEN_TO_BE_REPLACED

Food prices doubled, salaries halved, banks restricting withdrawals: Egyptians now have the same problems as the Lebanese. But if things get worse here, the fallout will be far ... END_OF_DOCUMENT_TOKEN_TO_BE_REPLACED

Any reconciliation between Turkey and Syria’s Assad regime would have disastrous consequences for many Syrians, explains Syria expert Kristin Helberg END_OF_DOCUMENT_TOKEN_TO_BE_REPLACED

Iraq bears the scars of decades of conflict and has seen its antiquities plundered, yet the House of Manuscripts' collection has managed to survive END_OF_DOCUMENT_TOKEN_TO_BE_REPLACED

Chinese President Xi Jinping's visit to Saudi Arabia in December 2022 may have rattled Washington, but it simply highlighted the Arabs’ desire to diversify their foreign relations ... END_OF_DOCUMENT_TOKEN_TO_BE_REPLACED

There are signs of an imminent normalisation of relations between Turkey and Syria. This would allow Erdogan to score political points domestically before the upcoming elections ... END_OF_DOCUMENT_TOKEN_TO_BE_REPLACED

Comments for this article: The Koran – and its variants?

The work is a great job, to gather all the variants in the same place, but the mediatic interpretation as usual falls flat.

Modern illiterate scholars set out again to reinvent the wheel. Nothing new here to "shake the foundations of Islam". What arrogance is this to ignore the fact that all the variants
have been handed down to us by the Muslim scholars of medieval times, and that they very well contextualized and interpreted the Koran within that context and had no problem whatsoever with the methodology that our new inventors propose. It is the case up to this day, if your myopic sight were not focused on the Salafist or moronic jihadist interpretations; if you listened and read enough beyond your academic circle norms, and finally if you did not accept the hegemonic ideological enlightenment discourse.

Only someone trapped in the irrationality of a formal logic deduces an unnecessary literality from "come down from heaven", and this includes both Salafists and French-styled rationalists - both with extremely limited minds.

The article says "Recently, the guardians of the faith at Cairoʹs Al-Azhar mosque have threatened to strike Tunisia off the list of Islamic countries if it carries on with its programme of democratic modernisation "at the cost of Islam"."

This is an often-repeated statement, but it is not in fact true, as Al-Azhar does not have a so-called list of Islamic countries. People at Al-Azhar have criticised recent changes in the law regarding marriage and inheritance, but they have not removed Tunisia from a list or threatened to remove Tunisia from a list as there is no such list.

END_OF_DOCUMENT_TOKEN_TO_BE_REPLACED
Social media
and networks
Subscribe to our
newsletter