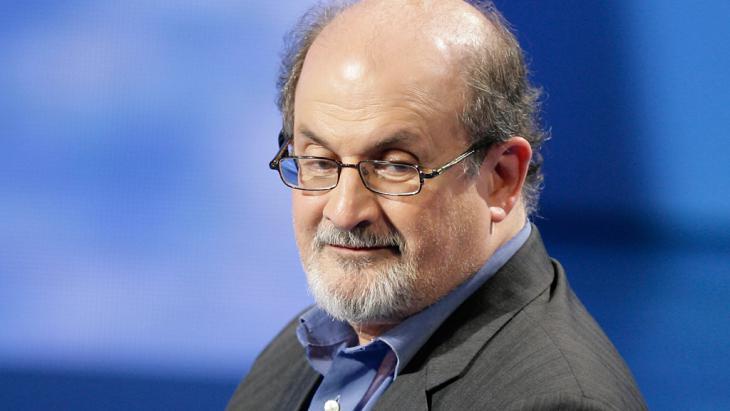 Criticism of Islam and freedom of speech

No pluralism without pussies

Salman Rushdie has accused the US writers who boycotted a prize for "Charlie Hebdo" of displaying a lack of character. But the best-selling author is missing a crucial point: freedom of expression is not absolute. A commentary by Johan Schloemann

The Prophet Muhammad was an abhorrent camel driver. He spread his superstitions with brute force. The Koran is an indigestible book that offends common sense.

So, now we've put that down in black and white. Isn't that courageous? And don't we all have to fight for the right to be able to say such things? After all, these offensive statements about Islam are not ours, but those of Voltaire. The figurehead of the French Enlightenment expressed these opinions in a letter to Frederick the Great in 1740.

One has to wonder, however, what is actually to be gained by spouting such insults. The fact that such disparaging religious criticism, along with "blasphemy", are no longer prohibited by law in many Western countries today (and should no longer be prohibited anywhere) certainly doesn't mean that they are necessary at all times and in every conceivable form. This is the crux of the dispute that has now broken out among literary figures and intellectuals in the USA.

Six prominent writers decided not to participate in a gala put on by the authors' association PEN on Tuesday in New York where "Charlie Hebdo" was awarded a prize for freedom of expression. All six dissenters strongly condemn the terrorist attack on the editorial team of the Paris-based satirical magazine, which should be a matter of course among thinking people. But they are made uneasy by the thought of taking part in a standing ovation in evening dress for depictions of the Islamic religion's founder that display aggressiveness and a deliberate disregard for the religion’s image ban, two things they cannot accept.

The Australian writer Peter Carey, who lives in the USA, warns of self-righteousness in New York and "cultural arrogance" in France towards the large Muslim minority. 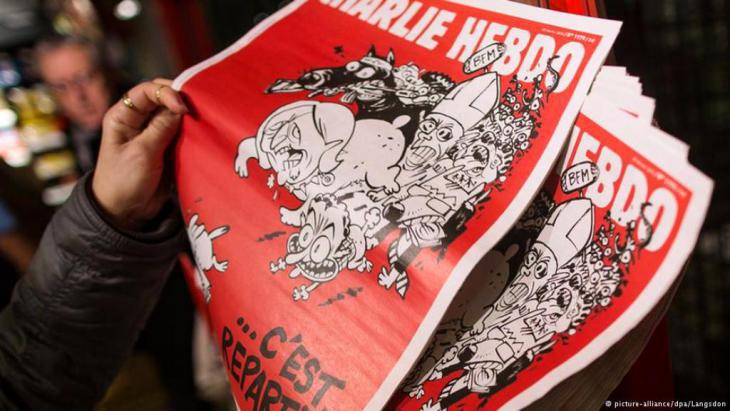 "The right to free speech is indeed absolute, but only to the extent that of course no expression of opinion justifies violence and terror," writes Johan Schloemann. "If, however, the defenders of this right speak only of closed ranks and the readiness to fight, they themselves risk sliding into a totalitarian rhetoric against which they were actually trying to defend liberal society"

Rushdie is making a mistake

Salman Rushdie reacted promptly to the news, commenting that the six who didn't want to participate were "pussies" without character. In his correspondence with PEN, the best-selling author criticises the dissenting authors as being "horribly wrong" and speaks of the "battle against fanatical Islam", which he says must be won.

Salman Rushdie has good reasons for his stance, having lived under the shadow of a fatwa calling for his murder ever since the publication of his novel "The Satanic Verses" in 1989. But he is making a mistake, one that has once again gained prevalence in the wake of the ideology-based killings in Paris: namely, to enshrine freedom of expression as an absolute right over other basic rights in liberal societies, such as respect for the free practice of religion. The right to free speech is indeed absolute, but only to the extent that of course no expression of opinion justifies violence and terror. If, however, the defenders of this right speak only of closed ranks and the readiness to fight, they themselves risk sliding into a totalitarian rhetoric against which they were actually trying to defend liberal society.

Nowadays, both critics and sympathisers of Islam can quickly end up attracting false friends. Unfortunately, not a few of those who are gathering under the banner of "freedom of expression" are in fact seeking to give a proper rebuff to Muslim immigrants in particular. In this situation, we can say that how far we can take the criticism of religion must not be influenced by the threat by radical Islamists.

At the same time, however, the substantive assessment of what the "Charlie Hebdo" artists have published must not be influenced by the fact of their murder. The fact that there are writers who insist on such differentiation and warn against demonstrative heroism is not a weakness of "the West". Even if Salman Rushdie now regrets his choice of words: without pussies there can be no pluralism.

Home
Print
Newsletter
More on this topic
Democracy and freedom of speech: Charlie and TheoReactions to the "Charlie Hebdo" attack in the Arab world: "Radicals killed radicals" Interview with Salman Rushdie: Kashmir, Paradise Lost
Related Topics
Charlie Hebdo, Criticism of Islam, Freedom of the press, Islam and the West, Muslims in the West, Salman Rushdie
All Topics

With "Assad or We Burn the Country", Sam Dagher has furnished the world with some genuine ammunition against the Syrian regime's on-going campaign of disinformation. The only ... END_OF_DOCUMENT_TOKEN_TO_BE_REPLACED

Islamist attacks such as those that took place in Paris this last autumn evidence a new kind of perpetrator. In place of individual terror organisations, networks appear to have ... END_OF_DOCUMENT_TOKEN_TO_BE_REPLACED

Decades of oil exports have completely destabilised culture and politics in the Middle East. Speaking with Lena Bopp, the renowned writer Amin Maalouf says that the distorted ... END_OF_DOCUMENT_TOKEN_TO_BE_REPLACED

France is locked in a row over Islam, Islamophobia and the headscarf. But one key voice is almost completely missing from the debate – that of the women who wear the veil. By ... END_OF_DOCUMENT_TOKEN_TO_BE_REPLACED

The EU's relationship with the Moroccan government reinforces the political status quo at a time when a growing number of Moroccans appear to want change. By Chloe Teevan END_OF_DOCUMENT_TOKEN_TO_BE_REPLACED
Author:
Johan Schloemann
Date:
Mail:
Send via mail