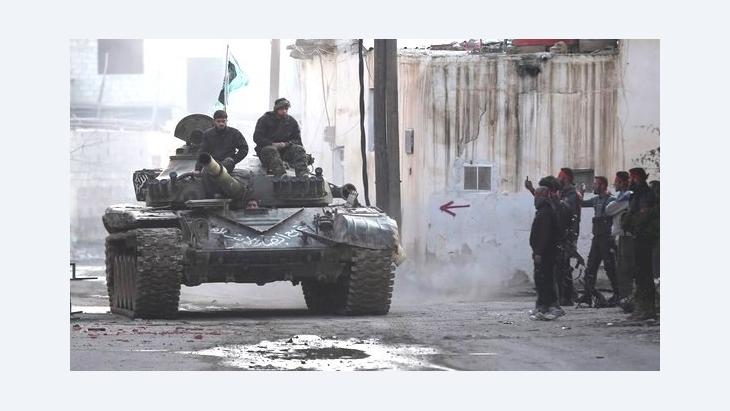 Criticism of the Media in the Case of Syria

The Perversion of the Media Machine

Western media attention is only refocused on protracted conflicts in the Arab world – such as those in Iraq and Syria – when their own correspondents fall victim to these wars. Commentary by Karim El-Gawhary

Syria is top of the news agenda in Germany at the moment – less because of the ongoing civil war, but primarily because a German foreign correspondent has been badly injured while going about his work there.

Expressions of respect and wishes for the speedy recovery of my erstwhile Cairo television colleague and ARD reporter Jörg Armbruster, whose forearm was shattered by a sniper's bullet have been pouring in - and rightly so. And my former ARD radio colleague from Cairo, Martin Durm, who was with him in the car when it came under attack, is being widely quoted in the media.

Durm's comments are very thought-provoking and he repeatedly emphasises that "what happened to us is what's happening to Syrians every day." He could not make better use of the heightened media interest in Syria.

The space now afforded to Mr. Durm in the media occurs as a result of the fact that coverage of a foreign story only really comes to the fore when a reporter is injured or killed.

This is perhaps the ultimate perversion of the media machine. Like all colleagues who work as correspondents, either on contract or freelance basis, both Armbruster and Durm frequently had trouble finding an audience for their hard-won stories during their time in the field in Cairo. 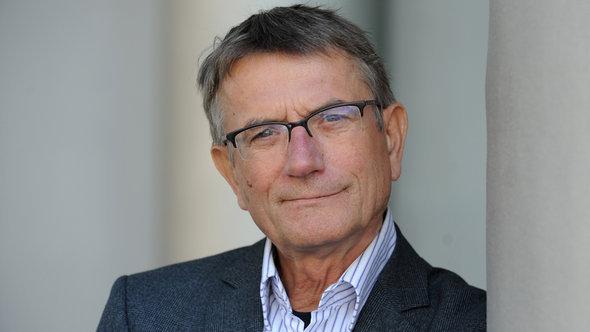 The media machine focussed on ARD correspondent Armbruster: "Now that his forearm has been shattered, Syria has been propelled into the headlines once more, before the media train continues on its way," says Gawhary

Reporters must steel themselves for such classic responses from desk-editors back home, comments such as: "Oh, not Iraq again," or "No one wants to hear or see anything about Syria anymore, it's just too complex". After US troops pulled out of Iraq, Iraqis suffered a long drawn-out media death, just as the Syrian conflict will be forgotten the longer it goes on.

Now that the correspondent's forearm has been shattered, Syria has been propelled into the headlines once more, before the media train continues on its way. Just a day before the attack, the same reporter would probably have been begging for more than 90 seconds of television airtime. Durm has just been allowed to speak for a "revolutionary" four minutes on Germany's peak-time news bulletin, his words underpinned with footage from Syria.

He would most certainly have not been given such a prime slot on the programme if the ARD team had returned from Aleppo unscathed, despite the fact that Durm could have spoken quite eloquently on the subject of Syria and captivated viewers to the same extent with stories of the nation's daily wartime struggles.

This kind of frenzied attention peaks when reporters lose their lives, such as in the case of Sunday Times reporter Marie Colvin, who was killed in Homs. Then they are assured of obituaries proclaiming them to be "heroes and heroines".

But unfortunately, they are no longer able to relate the story they set out to present. Even if they could be sure that their report would have an audience at all. If they haven't been killed, then all they can do is continue their work – battling for a decent slot of airtime or a few more lines on the story that is Syria.

Since 2015 there has been a surge of interest in Syrian writing in German translation. In this series of interviews, writers, poets, publishers, and artists in Berlin talk about ... END_OF_DOCUMENT_TOKEN_TO_BE_REPLACED

In his most recent book, "Trust in Divided Societies: State, Institutions and Governance in Lebanon, Syria and Palestine", political scientist Abdalhadi Alijla writes that not ... END_OF_DOCUMENT_TOKEN_TO_BE_REPLACED

Ten years after the start of the Arabellion in North Africa and the Middle East, many view the movement as a failure. But rather than being over, it has now entered a more mature ... END_OF_DOCUMENT_TOKEN_TO_BE_REPLACED

Initial statements by the Biden administration indicate it will follow a carrot and stick policy towards Turkey. Ankara believes its role in negotiations on various issues could ... END_OF_DOCUMENT_TOKEN_TO_BE_REPLACED

Investigations by German federal prosecutors into the evidence of chemical warfare in Syria are ongoing. Deutsche Welle and Der Spiegel gained exclusive access to witnesses and ... END_OF_DOCUMENT_TOKEN_TO_BE_REPLACED

Relations between Ankara and Paris have reached a new low, with presidential communications contributing to the escalation. To describe recent bilateral exchanges as undiplomatic ... END_OF_DOCUMENT_TOKEN_TO_BE_REPLACED
Author:
Karim El-Gawhary
Date:
Mail:
Send via mail

END_OF_DOCUMENT_TOKEN_TO_BE_REPLACED
Social media
and networks
Subscribe to our
newsletter