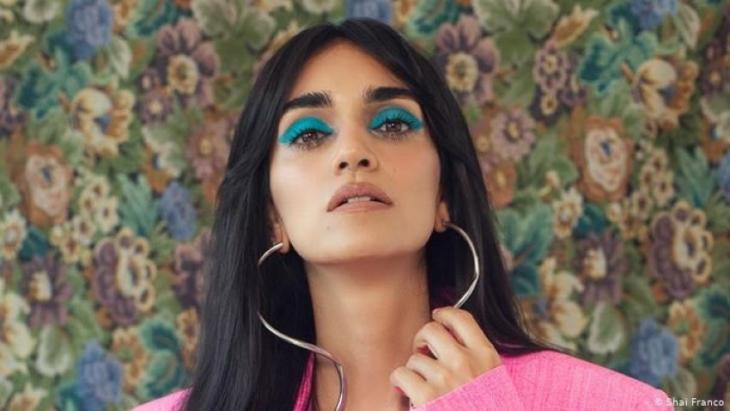 In an act of subversive diplomacy, Israeli singer and actress Liraz Charhi has recorded her latest album in secret collaboration with Iranian artists. By Carl Holm

Officially there's supposed to be no contact between Iranians and Israelis, but Liraz Charhi took a risk and carried out an extraordinary act of subversive diplomacy. Charhi's parents are Sephardic Jews from Iran who emigrated to Israel when they were teenagers.

The singer and actress born in 1978 has always kept a connection to her Persian roots, but most of her previous recordings have been in Hebrew. This album, Zan (Women), is her second one in Persian.

Via YouTube she has acquired quite a following inside Iran. She was inspired to see her Iranian fans uploading videos of themselves dancing to her songs – in Iran, public dancing by women is forbidden. 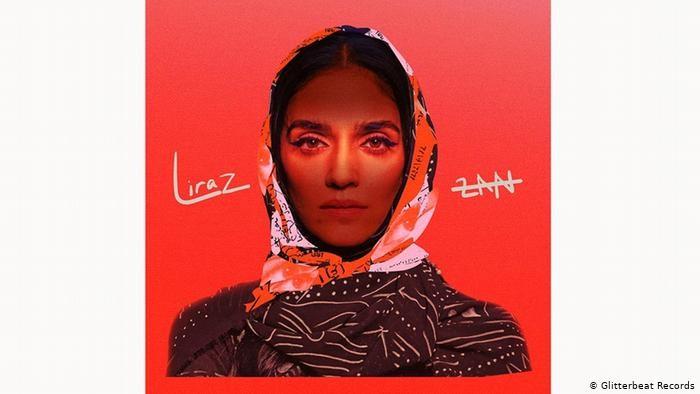 Crossing a cultural divide: while Charhi's Iranian fans have responded ecstatically to the album, her family and her Israeli fans took a little while to warm to the idea. But, she says, once they listened to the music and came to the shows, the inhibitions fell away. "At first it was strange to them, but immediately they came to my shows and danced with their Iranian moves, and it was very natural for the fans here in Israel and they love Persian music," says Charhi

While living in Los Angeles to pursue her acting career, she connected and bonded with the Iranian community there. On her return to Israel she took a suitcase full of pre-revolution Iranian pop music, which became the musical inspiration for her latest album.

Charhi confessed that the actual making of the album was an emotional experience: "Emotionally it was pretty challenging because both Israel and Iran are very complex countries… but we do love each other very, very much," she said.

The album wasn't easy to create from a technical point of view either, as different parts were recorded secretly in Iran and the files sent to Israel. There Charhi assembled and mixed the final work. But it was also dangerous for the Iranian artists who participated, and they had to be credited under assumed names to avoid repercussions from Tehran's intelligence and security networks.

"It's very difficult for us to understand that we cannot speak freely, or we cannot create an album freely. And we did it, in a very naive way, but there came a very challenging point when we started to get lots of bad messages telling us that we were doing something wrong, and we should not be doing what we were doing," she said. "I was really afraid for the lives of the Iranians I had been working with."

While Charhi's Iranian fans have responded ecstatically to the album, her family and her Israeli fans took a little while to warm to the idea. But, she says, that once they listened to the music and came to the shows, the inhibitions fell away.

"At first it was strange to them, but immediately they came to my shows and danced with their Iranian moves, and it was very natural for the fans here in Israel and they love Persian music," she said.

Under the current political situation, Liraz Charhi will never be able to openly travel to Iran and perform for her fans. Ironically her most recent television role is in the Israeli spy series Tehran, as a Mossad agent who has to be dropped into Tehran undercover.

Sufis today are under attack from fundamentalists and modernists alike. At the same time, a new form of Sufism is emerging in the West. By Marian Brehmer END_OF_DOCUMENT_TOKEN_TO_BE_REPLACED

Short movies nominated for an Oscar often don't get wide public attention. But when one is about an Iranian girl seeking freedom from male domination by taking off her veil, ... END_OF_DOCUMENT_TOKEN_TO_BE_REPLACED

World-famous Iranian film director Jafar Panahi has been incarcerated for several months, even though Iran's Supreme Court overturned the verdict against him. Now, he has gone on ... END_OF_DOCUMENT_TOKEN_TO_BE_REPLACED

Young women are driving forward the protests against the Iranian regime, which have been going on for months. Literature provides clues as to why that should be, and why the ... END_OF_DOCUMENT_TOKEN_TO_BE_REPLACED

Visiting the country of her parents, murdered by the Iranian regime in 1998, German-Iranian artist Parastou Forouhar finds a changed society: hopeful, strong and courageous, ... END_OF_DOCUMENT_TOKEN_TO_BE_REPLACED

END_OF_DOCUMENT_TOKEN_TO_BE_REPLACED
Social media
and networks
Subscribe to our
newsletter