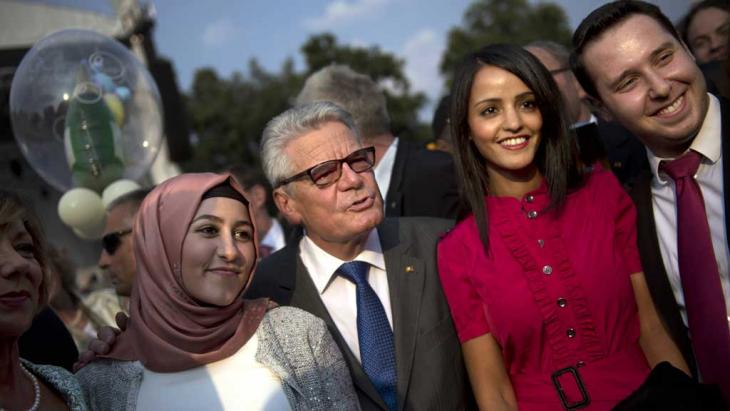 Overcoming a Bloc Mind-set in East and West

At the invitation of Federal President Joachim Gauck, several thousand citizens met at Berlin's Schloss Bellevue to exchange views at the "place of encounters". Fabian Pianka depicts the current mood prevailing in Germany with regard to immigrants, how art can help in conflict situations, and the state of the dialogue with the Islamic world

Germany has to be a "bridge-builder between cultures", said the German Federal President Joachim Gauck to kick off his speech at this year's Berlin Citizens' Day. In order to do so, Germany must "help immigrants to integrate better into society", Gauck stressed, alluding to how the "culture of welcome" in Germany is currently somewhat "strained", as evident from recent discussions on the assimilation of Syrian refugees. The President emphasised that change and progress should not be reserved for a privileged few.

More than 10,000 participants, many of them dedicated volunteers, responded to the invitation to convene at Schloss Bellevue, the official residence of the President, to network and come up with new strategies. The Office of the Federal President also selected over 20 organisations to present their work to a wider audience. The Anna Lindh Foundation, for example, which focuses on cultural dialogue between Europe and the southern and eastern Mediterranean nations, described its activities in 43 countries. 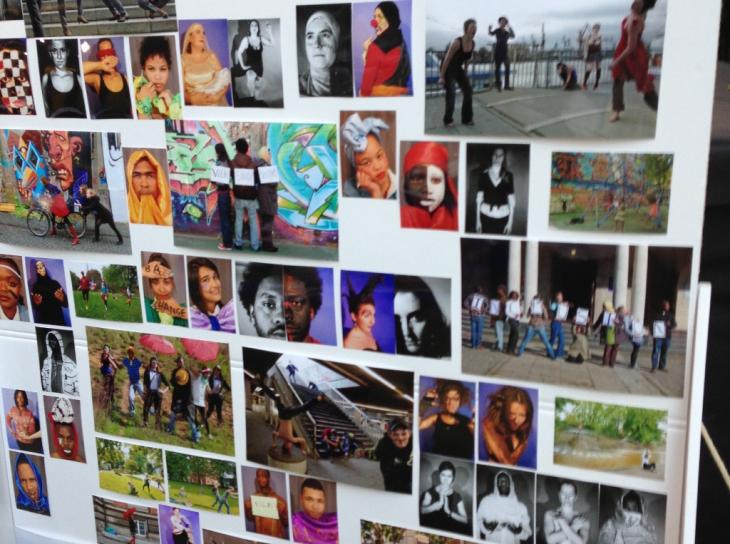 Insight into Germany's cultural diversity: Federal President Joachim Gauck invited more than 17,000 dedicated volunteers to a Citizens' Day at Schloss Bellevue, where they presented their initiatives and projects, for example with picture galleries like the one shown here

The foundations' German network, headed by the Goethe Institute and the Centre for Cultural and General Studies (ZAK), is engaged in the fields of culture, education and the media. In an interview with Qantara.de, Professor Caroline Robertson-von Trotha, director of ZAK, stressed the importance of involving in particular young people in intercultural exchanges and dialogue. She pointed out how Web 2.0-based content and blogs show that personal commitment is also in demand in the virtual world.

With regard to current developments in the MENA region, the native of Scotland notes that lasting change cannot be forced on people overnight. Continuity, the intensification of contacts and especially a deeper understanding of the situation of people living in conflict regions are needed if reliable opportunities for exchange are to be created.

The power of performative offers

The promotion of intercultural exchange between young people is particularly important when it comes to regions experiencing conflict and crises. Michael Krebs, board member of the organisation "Begegnungen 2005", which works to promote intercultural understanding, says that the primary concern must therefore be to reach out to people and find ways to put them into contact with others. Much more effective than the usual workshops and seminars, he maintains, are performative offerings that encourage associative knowledge transfer, such as art and music projects.

Music and art bring people together and open their hearts despite their different languages and origins, says Krebs. At a later stage more complex and problematic subject areas can then be addressed.

One example of this idea in action is the "West Östlicher Diwan Festival Weimar", which presented poems by Nasreddin, Omar Khayyam and Hafis as part of the initiative "Der Orient in Spiegel der Dichtung" (The Orient as Reflected in Poetry). These poets have been inspiring the works of their European counterparts for centuries, for example Goethe's "West-Östlicher Diwan". Dr. Klaus Gallas, artistic director of the festival, explains that it is a constant challenge for cultural policy in these days of globalisation to break down the "bloc mind-set" in West and East, Orient and Occident. It is matter of "uncovering and making transparent the mutual fear of contact, the prejudice, ignorance and misunderstandings that exist on both sides." This is the only way to promote greater closeness and understanding between people of different cultures, says Gallas.

Project "Heroes": A question of honour

The "Heroes" organisation, which was awarded a "Bambi" for integration and has in the meantime gained fame far beyond Germany's borders, devotes itself to promoting equality and combatting violence committed in the name of honour. Since 2007, the "Heroes", mostly young men of Turkish or Arab descent, have been under way in Berlin and other German cities to help fight against misunderstood values. 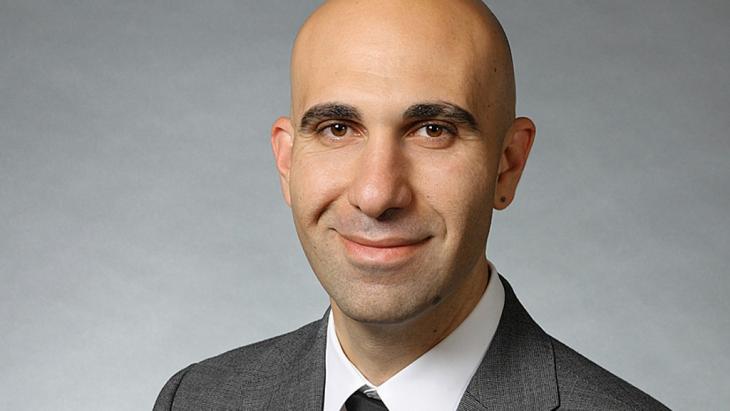 Combatting a false sense of honour: The 36-year old Palestinian psychologist Ahmed Mansour is not only group leader in the "Heroes" organisation, but also a research associate at the Gesellschaft für demokratische Kultur (Centre for Democratic Culture) and a freelance writer. In his publications, he takes a stand against racism and anti-Semitism and promotes modern education policies

In their seminars, the young men deal with topics such as honour, identity, gender roles and human rights. The aim is to overcome patriarchal structures and notions of honour that are propagated through upbringing or the clique. In particular young people with a migration background are often caught between two worlds – the traditional values of their society of origin and the demands of the majority society in which they live – and are thus faced with conflicting expectations. Further complicating the situation are uncertainties with regard to their own culture, which may be changing due to current upheavals in parts of the Arab world.

Counteracting a false interpretation of the concept of "honour" means more for the "Heroes", however, than addressing the control exercised over women supposedly leading an "indecent" lifestyle, or fighting against cultural double standards. The project participants also stand up for the right to sexual self-determination for all and resolutely fight against homophobia.

Ahmad Mansour, a 36-year-old Palestinian, is one of the group leaders of "Heroes" and has been living in Germany for eight years. Many young people from migrant families don't devote much thought to what is really behind the concept of "honour", he says. That is why the "Heroes" regard it as a great success if they can encourage young people to start questioning things. According to Mansour, "'That's just how it is', is what young people usually say when they are at a loss to explain something. This sentence has to be driven from their heads."

The change in U.S. president is also having an impact on the conflict between Turkey and Greece. Since the USA has started to play the Greek card, the strategic situation in the ... END_OF_DOCUMENT_TOKEN_TO_BE_REPLACED

Years ago, the International Holocaust Remembrance Alliance formulated how hatred of Jews can be recognised. Now a new definition is causing controversy. By Sarah Judith Hofmann END_OF_DOCUMENT_TOKEN_TO_BE_REPLACED

On 15 June, the "Islamkolleg" in Osnabruck officially launched its new training programme for imams in German. The college is intended to prepare Islamic theologians for their ... END_OF_DOCUMENT_TOKEN_TO_BE_REPLACED

For centuries, the great classical Persian author Hafez has inspired German writers. Translations, adaptions and homages have been created in his wake, and the process continues ... END_OF_DOCUMENT_TOKEN_TO_BE_REPLACED

Business in the Moroccan city of Tangiers is booming due to its location at the nexus of global trade routes. But many locals are failing to reap the benefits. What they crave ... END_OF_DOCUMENT_TOKEN_TO_BE_REPLACED
Author:
Fabian Pianka
Date:
Mail:
Send via mail

END_OF_DOCUMENT_TOKEN_TO_BE_REPLACED
Social media
and networks
Subscribe to our
newsletter