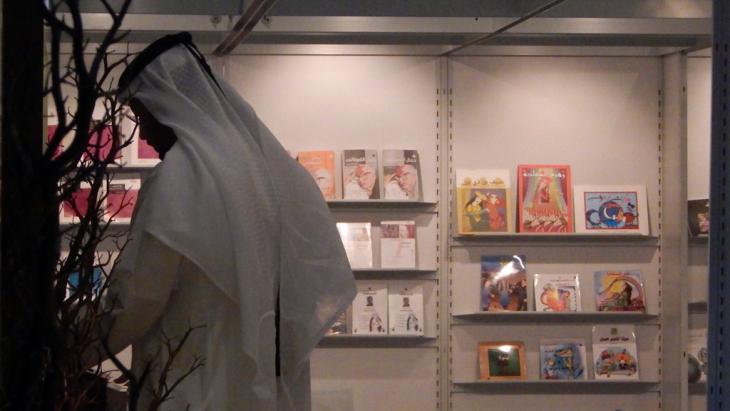 Culture and education in the Islamic world

The cultural and educational turbulence within the Arab world is due – at least in part – to the absence of a contemporary home-grown intellectual tradition capable of providing societies with an inner compass based on local values and modern perspectives. An essay by Sami Mahroum

In "The Hubris of the Zero Point", the Colombian philosopher Santiago Castro-Gomez describes Rene Descartes’s 1637 declaration "I think, therefore I am" as the moment white Europeans installed themselves above God as the sole arbiters of knowledge and truth. With this turning point, they began to think of themselves as observers whose scientific methods, morals and ethics overrode those of other cultures.

Cultural "zero points" are important because they serve as a dividing line – a clear demarcation of "before" and "after" that holds fundamental implications for the development of private and public life. So it is instructive to consider the implications of Castro-Gomez’s concept for the Arab world. Indeed, it could be argued that much of the region’s troubles are attributable to the absence of an indigenous "zero point" onto which a modern culture could be sturdily pinned. 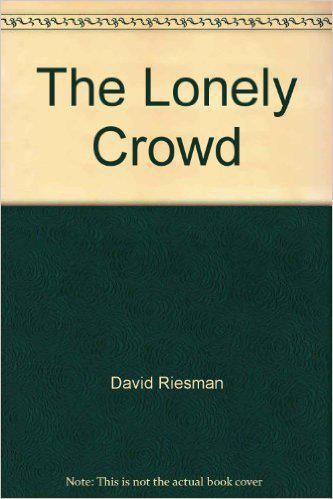 Riesman’s framework has particular resonance in the Arab world today, where rising literacy rates and rapid advances in communication technology have stirred a maelstrom of competing cultural narratives, with his three types competing to define the region’s future.

Ironically, it is the combination of increased literacy and modern technology that is fanning the flames of conflict between the two types of "reformers" – religious revivalists and Western-oriented modernisers. Taking advantage of their ability to mass-produce and instantly disseminate ancient religious texts and Western-originating literature, the two camps battle for the hearts and minds of otherwise traditional societies. According to the Lebanese publisher Samar Abou-Zeid, however, religious books are among the most downloaded works of literature in the Arab world.

The trouble is that most religious texts consumed today in the Arab world address an audience of specialists that no longer exists and – as Riesman warned – they are often misconstrued. The people and the times for which these texts were written are completely different from the people reading them today.

Devout Muslims, of course, have their own zero point: the year 610, when the Angel Gabriel revealed the Koran’s first verse to the Prophet Muhammad. From then on, many Muslims have regarded themselves as the bearers of a righteous truth and moral vision that takes precedence over all others.

This has inevitably put religious revivalists in opposition to the second cultural type vying for pre-eminence in the Arab world: Western-educated, inner-directed modernists who hold Descartes’s declaration as their reference point. These Arabs – often the economic elite – read, admire and consume products of a culture that, despite its proclaimed commitment to "universal values", continues to be stingily Eurocentric and dominated by Christian intellectual tradition. As a result, they are increasingly likely to feel like exiles both at home and abroad.

The latest fad or fashion

The final, other-directed strand of Arab culture is arguably the most dominant: those whom Riesman would have called the "lonely Arab crowd". Free of roots or tradition, they take refuge in superficiality from the conflicts that surround them, seeking fulfilment in consumerism, careers and lifestyles. Their zero point is the latest fad or fashion. 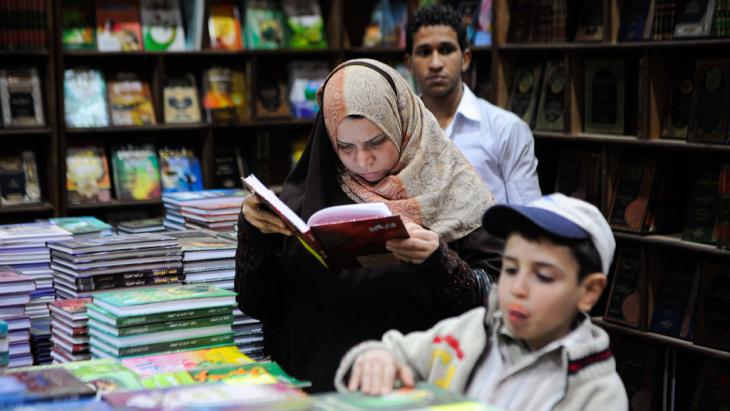 Egyptians, for example, read for an average of 7.5 hours per week, compared to five hours and 42 minutes in the United States. And yet in 2012, according to Abou-Zeid, the entire Arab world and its 362 million inhabitants produced just over 15,000 titles

This cultural turbulence is due – at least in part – to the absence of a contemporary home-grown intellectual tradition capable of providing Arab societies with an inner compass based on local values and modern perspectives. This cultural vacuum is most evident in the mismatch between the region’s reading habits and the response of its publishing industry.

Egyptians, for example, read for an average of 7.5 hours per week, compared to five hours and 42 minutes in the United States. And yet in 2012, according to Abou-Zeid, the entire Arab world and its 362 million inhabitants produced just over 15,000 titles, putting it in the same league as Romania (with a population of 21.3 million), Ukraine (45.6 million), or the American publisher Penguin Random House. To maintain a similar proportion to population, the Arab world should be publishing 10-20 times more titles than it does today.

The dominance of old religious texts and Western-produced works has left modern Arab readers polarised, without a zero point of their own. It is ironic that increased literacy and adoption of modern technology have contributed not to intellectual growth, but to regional strife. It may be no coincidence that Lebanon, one of the first countries in the region to boost literacy rates, was also the first to tumble into civil war. Unless Arab and Muslim societies rediscover, revitalise and – in some respects – create their home-grown contemporary intellectual tradition, the result will be cultural drift or, far worse, the continuation of bloody civil strife.

Recep Tayyip Erdogan, disappointed by the European Union’s reluctance to integrate Turkey into its ranks, has re-directed his country’s diplomacy toward the Maghreb and Africa to ... END_OF_DOCUMENT_TOKEN_TO_BE_REPLACED

The Egyptian series "El-Ekhteyar 2" was created by a production company with close ties to the military – and pursues a corresponding narrative. Moritz Baumstieger explains how ... END_OF_DOCUMENT_TOKEN_TO_BE_REPLACED

Looking to mobilise the Egyptians, Abdul Fattah al-Sisi and his ministers will refer to them as the "people". As soon as the Egyptians demand something of the state, however, they ... END_OF_DOCUMENT_TOKEN_TO_BE_REPLACED

The rollout of coronavirus vaccines in the Middle East and North Africa is already taking place on a massive scale, with the United Arab Emirates leading the way. Nevertheless, ... END_OF_DOCUMENT_TOKEN_TO_BE_REPLACED

Egyptian singer Umm Kulthum continuous to be an icon, almost 100 years after she published her first record. But what about the other famous women of the 1920s? In his new book, ... END_OF_DOCUMENT_TOKEN_TO_BE_REPLACED

The Prophet Muhammad never executed anyone for apostasy, nor encouraged his followers to do so. Nor is criminalising sacrilege based on Islam’s main sacred text, the Koran. In ... END_OF_DOCUMENT_TOKEN_TO_BE_REPLACED
Author:
Sami Mahroum
Date:
Mail:
Send via mail

END_OF_DOCUMENT_TOKEN_TO_BE_REPLACED
Social media
and networks
Subscribe to our
newsletter