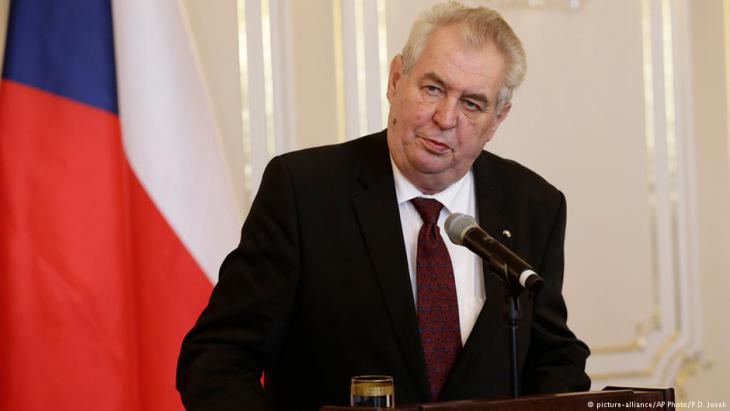 The Czech Republic has once again elected Milos Zeman as president, a leader who applauds Donald Trump's ban on Muslims entering the USA and who sees himself as a prophet warning against immigration and an imagined Islamic threat. By Farid Hafez

Zeman has attained considerable international prominence as a notorious Islamophobe, even though he presides over a parliamentary republic with a population of just over ten million. Nevertheless, the election duel which came to a head in January drew the attention of many.

A number of international commentators had set their hopes on a more liberal candidate like Jiri Drahos as the new Czech president. But the winner of the election battle, with a slim majority of 51.5 percent of the votes, was once again Milos Zeman, the former Social Democrat prime minister and in 2013 the first directly elected president of the Czech Republic.

Zeman is against the European Union and against immigration and endorses a pro-Russian foreign policy. He is infamous for his Islamophobic conspiracy theories, which he regularly shares with the public. And which, like his other positions, do not represent the views of the traditional political establishment.

He called attention to himself in 2014 with his allegations that the attacks on a Jewish museum in Brussels were not attributable to individual perpetrators, but rather to Islam per se. Zeman pronounced that those of the Muslim faith were anti-Semitic and racist Nazis, a case of the pot calling the kettle black.

Zeman sees Islamisation not only as a general conspiracy but points a finger in a specific direction, claiming that the streams of refugees from Syria and Iraq constitute a conspiracy of the Muslim Brotherhood. For lack of military strength, the Brotherhood is allegedly now driving forward the Islamisation of Europe with a steady flood of warm bodies in order to then seize control. He called it an "organised invasion." 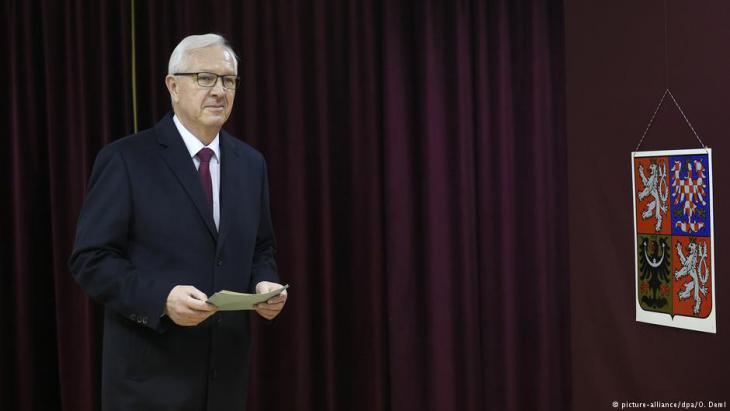 The sources he cited were the former Moroccan foreign minister and the crown prince of the United Arab Emirates. Finally, he warned that the Czechs would resort to arms in order to stave off the "super Holocaust" by Muslim terrorists.

With this discourse, Zeman outs himself as a friend not of the establishment, but of the right wing. On the 17 November 2015, the Czech national holiday, he stood side by side with Martin Konvicka, the founder of a movement described by Czech Prime Minister Bohuslav Sobotka, a Social Democrat, as a xenophobic association. All of this must be seen against the backdrop of an estimated minority of 10,000 Muslims in the country.

A lack of civil resistance

There are scarcely any civil organisations in the Czech Republic willing to stand up against racism and against the ailing Zeman with his slim electoral majority. Recently, the annual meeting of the right-wing EU parliamentary group "Europe of Nations and Freedom" (ENF) had to contend with a mere 500 counter-demonstrators. And in the new and unstable government, Zeman will probably encounter even less opposition than before.

This is because the last parliamentary elections, in October 2017, once again saw an upsurge in the Czech right wing. The billionaire Andrej Babis started up a movement out of nothing with his liberal populist ANO party and took 78 seats of the 200 in parliament. 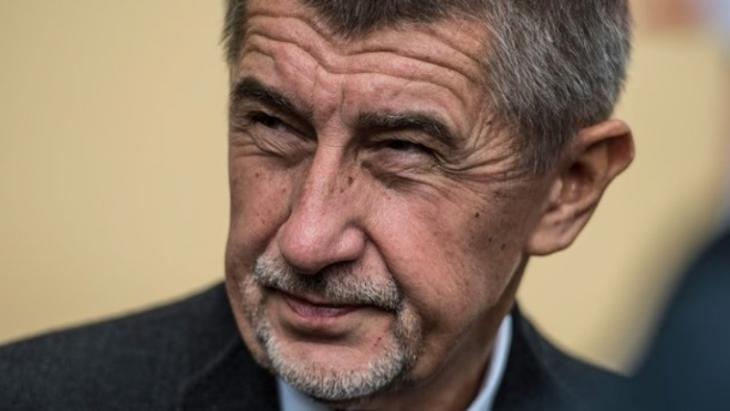 Populist billionaire and close ally of Zeman′s gets second chance: in mid-January 2018, Andrej Babis, appointed prime minister by Zeman following parliamentary elections last October, lost a vote of no confidence in his minority government. Newly re-elected himself, Zeman has recently afforded Babis a second chance to form an administration

Only the right-wing populist "Freedom and Direct Democracy" party (SPD) offered a wafer-thin mathematical majority with which to form a coalition government. The SPD emerged from the race with 22 seats as the second-strongest party and supported Milos Zeman for president. But then the attempt to form a government failed and the parliament lifted Babis' immunity to enable investigations into the theft of 1.6 million euros in EU funding. Zeman reacted by promising to return to Babis the government mandate to form a coalition. Some common ground could certainly be found with the SPD.

On election night on 21 October 2017, Andrej Babis declared himself to be squarely pro-EU and pro-NATO. However, he in fact shares a eurosceptic attitude with other states in the Visegrad Group, pushing for a veto against quotas for taking in refugees, along with opposition to the introduction of the euro. Babis' arguments for a restrictive refugee policy are patently Islamophobic: "We have to fight for what our ancestors built here. If there will be more Muslims than Belgians in Brussels, that's their problem. I don't want that here. They can't tell us who should live here."

His views overlap in this respect with those of the right-wing populist SPD, styled after the Western European model and actually a single-issue party. In the election campaign, they put up posters saying "No to Islam, no to terrorism" and even called for the ban of the Islamic religion. Their party leader, Tomio Okamura, enjoys the support of Dominik Duka, a cardinal of the Catholic Church and is well-connected with transnational networks.

The above-mentioned annual meeting of the right-wing populist EU group was held in Prague and attended by Marine Le Pen from the French "Front National", Geert Wilders of the "Dutch Freedom Party", Matteo Salvini of the Italian "Lega Nord", Marcus Pretzell (formerly a member of the AfD and today of "The Blue Party") and other prominent European right-wing populists.

With Milos Zeman, the Czech Republic now has a president who applauds Donald Trump's ban on Muslims entering the USA and who sees himself as a prophet warning against immigration. He symbolises yet another piece of the puzzle in a growing array of Islamophobic politicians who want to see human rights applied selectively and to shore up and expand their own power on the back of an imaginary Islamic threat.

Farid Hafez is a political scientist, senior research fellow at the Bridge Initiative at Georgetown University and publisher of the "European Islamophobia Report".

Set in a dystopian future, Rahman Abbas’ new novel “Zindeeq” draws on the Indian author’s worries about recent trends in his home country, where aggressive identity politics have ... END_OF_DOCUMENT_TOKEN_TO_BE_REPLACED

It is possible to write about the Holocaust and the crimes of colonial powers without downplaying anything. In her latest book, Charlotte Wiedemann focuses on the numerous blind ... END_OF_DOCUMENT_TOKEN_TO_BE_REPLACED 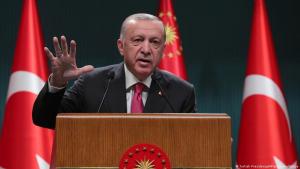 By supporting Ukraine and presenting himself as a regional mediator and peacemaker, Turkish President Recep Tayyip Erdogan has found the political cover he needs to crack down ... END_OF_DOCUMENT_TOKEN_TO_BE_REPLACED

The lack of grain supplies from Ukraine is forcing Egypt to act. Now even the Toshka project is being revived to grow grain in the desert. Birgit Svensson travelled to see it END_OF_DOCUMENT_TOKEN_TO_BE_REPLACED
Author:
Farid Hafez
Date:
Mail:
Send via mail

END_OF_DOCUMENT_TOKEN_TO_BE_REPLACED
Social media
and networks
Subscribe to our
newsletter