Daniyal Mueenuddin: "In Other Rooms, Other Wonders"
The Dictates Of Feudalism 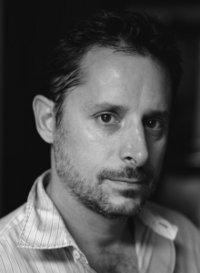 "Anyone who wants to understand Pakistan, should also understand feudalism"; Daniyal Mueenuddin's novel offers glimpses of a hitherto unknown world

​​Germans with an interest in Pakistan generally tend to think of the country exclusively in terms of the fatal interplay of military and political power. Yet, if one takes the trouble to travel around the country, one quickly discovers a third pillar of power within Pakistani society, namely feudalism. Major landowners, the so-called "zamindars", exercise almost divine power over both land and its inhabitants. It goes without saying that this gives them considerable political influence. Anyone who wants to understand Pakistan, should also understand feudalism.

In this respect, Daniyal Mueenuddin's collection of short stories In Other Rooms, Other Wonders provides glimpses of a hitherto unknown world. Mueenuddin's stories, which are set in the years between the late 1970s and the period just after 9/11, explore the world – sometimes from a distance, sometimes up close – of a major landowner named K.K. Harouni, who owns property and farms between Multan and Lahore. Yet, Harouni himself is not the focus of the narrative.

Mueenuddin, the son of a Pakistani politician and himself the owner of a small farm in Punjab, concentrates much more on those in Harouni's service – his gardener, driver, cook and manager – characters that offer the reader an insight into the dialectics of the master and slave relationship. Although Harouni's power is unchallenged, his subordinates do their utmost to enrich themselves at his expense. Nawabdin, the electrician, magically taps into Harouni's electricity wherever he can; Jaglani, the shrewdest of Harouni's managers, appropriates properties belonging to his employer that he is supposed to be selling for a profit.

The dictates of feudalism

This is a world in which possession determines reality and dictates desires. Whether it's Harouni, his manager or his minor employees at the lowest end of the hierarchy, everyone is searching for happiness.

And the pursuit ends equally badly for them all. The elderly Harouni falls in love with a poor, young relative, only to die suddenly. Rezak, a simple, old man from the mountains, is hired by Harouni's son. With the money he earns he buys two goats and a young wife. When she disappears, he is tortured by the police and comes to the realization that he demanded more of life than was his lot.

Yet there is another aspect to feudalism: protection through dependence and dependence through protection in a world where the rules are strictly set for everyone, even for one like Harouni.

In many of the stories, the focus is on women. It is not without reason that the epigraph to the collection is a Punjabi proverb: "Three things for which we kill – land, women and gold." To this day, women are regarded as property in many rural areas of Pakistan, which are traditional to archaic in their makeup. Even for Mueenuddin, women have the least in their grasp, but are the most gripping figures in terms of literature. For the women, love is a matter of business and it enables them to purchase a place in a better life.

​​In the eponymous story of Saleema, a young woman who has been abused and mistreated her whole life, the protagonist hopes that she has found her champion in the kind-hearted, elderly Rafik, who has been in Harouni's service for over 50 years. Yet, even Rafik, the father of her child, abandons her. Saleema ends up on the street and her son becomes one of the many "sparrows of Lahore" – a beggar.

Lily, on the other hand, is fed up with her life as a rich party girl in Lahore, the endless nights of dancing and countless romances. By marrying Murad Talwan, who runs a small farm in Dunyapur far from the city, she hopes to change her ways. She quickly realizes, however, that the role of a wife more or less constricts her. Her fate is that of the rich, but dissatisfied wife, leaving her all the more burdened by a sense of guilt.

Despite the seemingly unalterable nature of these roles, Mueenuddin, who runs his farm as a business rather than in the style of the old oligarchs, portrays this feudalistic world as one that is headed towards demise. He makes it unmistakably clear that this world will only have a future if it changes and that the future belongs to men like Murad Talwan and Sohail Harouni, who know how to combine their western education and liberal views with a love of their roots.

Every page of this collection of stories, which has won numerous awards and has been translated into more than 14 languages, bears witness to this love of the land. The reader can smell, taste and see it. Above all, Mueenuddin, who was born in 1963 in Los Angeles, yet grew up in Pakistan, conjures up characters made of flesh and blood from a world that is necessarily foreign to us, yet suddenly appears so near.

This volume adds its own special touch to the successful wave of Pakistani contemporary literature in English.

Interview with Kamila Shamsie
A Dark Chapter in Pakistan´s History
Kamila Shamsie is one of a number of young Pakistani authors who are writing about the military dictatorship of Zia al-Haq in the 1980s. She explained to Claudia Kramatschek why this decade was the prelude for 9/11

Interview with Aatish Taseer
A Personal Quest for an Understanding of Modern Islam
Aatish Taseer is a British writer and journalist of British-Indian origin. In this interview with Richard Marcus, he talks about Islamic identity, the ailments of the Islamic world, and his most recent book, the highly acclaimed Stranger to History: A Son's Journey through Islamic Lands

END_OF_DOCUMENT_TOKEN_TO_BE_REPLACED
Social media
and networks
Subscribe to our
newsletter