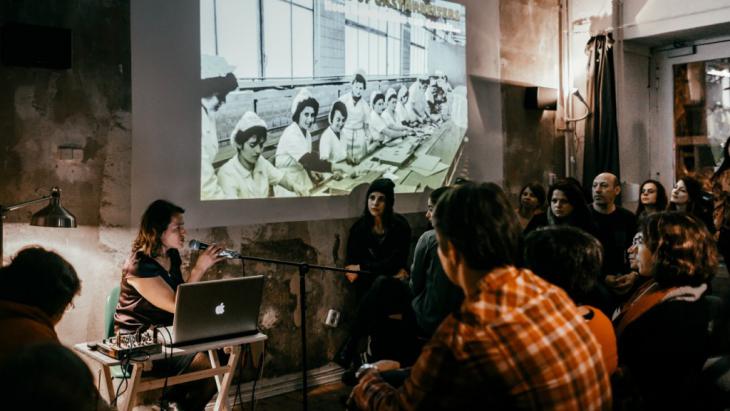 Daughters and Sons of Gastarbeiters writers′ collective
"When I go to Germany, I will buy a red tractor"

Daughters and Sons of Gastarbeiters is a writers′ collective made up of children of the first generation of "Gastarbeiter" (guest workers). Their short stories tell of their personal experiences of migration to Germany, illuminating a hitherto neglected part of German history. By Ceyda Nurtsch

Ok-Hee Jeong was eight when her parents sent for her and her two brothers, bringing them to Germany. Her arresting short story, told from a child′s perspective, describes her reunion with her mother at the airport. They had not seen each other for years. A pair of shoes that her mother had sent to her and her grandmother, who had brought her up, was the only evidence that the thousands of kilometres between South Korea and West Germany had not shattered the bond of love between mother and daughter.

And now here was this jaded, overtired woman standing in front of her. Was this really her mother? Perhaps it was safer to use the formal style of address with this woman. As a child, says Ok-Hee, this separation from her parents seemed normal. It was only later that she confronted her mother about it. How could she bear to leave her and her sister behind?

Ok-Hee′s story is far from unique. In fact, among children of the first generation of "guest workers", who came to Germany from all over the world, it is the norm. Families and fates torn asunder. So-called "suitcase children", who were sent back and forth between Germany and their family′s homeland. Parents who only wanted the best for their families, but discovered that they had distanced themselves from their homeland, without having found a new one. 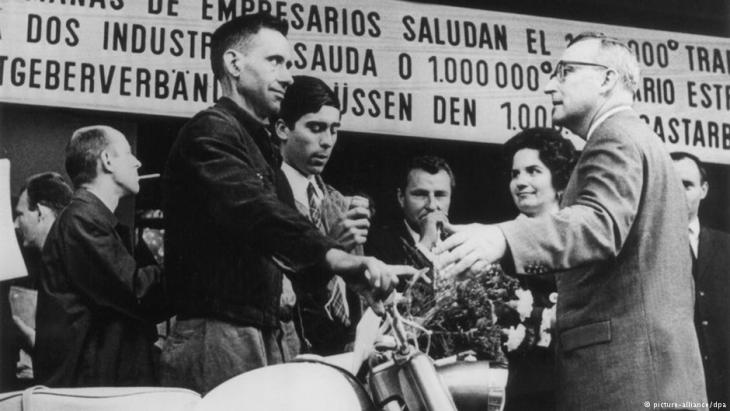 Son and daughters burning to tell their stories: ″love letters or indictments, a search for answers or collections of droll anecdotes, the authors′ texts pay respect to their parents′ generation, who built a life for themselves, usually under extremely difficult conditions,″ writes Nurtsch

The authors′ families come from countries such as Turkey, Serbia, Greece and Pakistan. Their stories draw on what their parents have told them, their own experiences, memories and diary entries. The authors′ stories are very personal and revealingly honest.

Sentences such as "When I go to Germany, I will buy a red tractor" from the author Cicek Bacik, writing about her father, give an idea of the unrealistically high expectations that made their parents′ generation leave their homeland behind. The short stories make up a mosaic of incredibly different experiences which, however, have a core of similarity. Above all, they illuminate a fundamental component of post-war German history, the different facets of which remain unknown to many of us.

Cicek Bacik is the initiator of the writers′ collective. The first reading took place at the start of 2015, to great acclaim. Initially, she says, their primary aim was to explore their own stories. "To reflect in a purposeful way on what our parents achieved. That′s something we have neglected for years."

Initiator of the writers′ collective ″Daughters and Sons of Gastarbeiters″, Cicek Bacik, says that initially their primary aim was to explore their own stories. "To reflect in a purposeful way on what our parents achieved. That′s something we have neglected for years"

Firstly, then, the authors′ stories explore their own personal history. And secondly, they are also adding their own voices to the discourse in Germany.  Even today, Bacik says, she still observes an "us" and a "them" in German society. She still sees people emphasising the differences between Germans and those who moved to Germany later.

The authors want to write against this black and white picture. "It′s finally time to reflect on this element of the last 60 years and to make our perspective, our views, part of this discussion and have them reflected in the history books, too," she says.

The stories of migration are as different as the people themselves. There is a factory worker who plans to spend a few years working in Germany before returning to his Anatolian village, but who soon sees that life has other plans for him.

There is Shlomit Tulgan′s mother, Melek, an Islanbul Jew who boards a train in search of adventure and travels to Germany, where she meets another Istanbul Jew at a demonstration and marries him.

On a mission to belong

Then there is Zoran Terzic′s family. His father is a doctor and his mother a doctor′s assistant from the former Yugoslavia. In 1974, the family moves to the small Bavarian town of Kirchenlamitz. Terzic draws an intelligently observed and darkly humorous picture of the bourgeois environment in which he grew up.

His parents, who are on a "mission to belong, no matter where," do their best to lead a bourgeois life and alienate the "aborigines", who have specific ideas and expectations of what foreigners should be like. To the point that an old lady, seeing the bourgeois furnishings of the family′s flat, reacts in such a way that in little Zoran′s eyes, she goes "from being a nice German to being a typical German."

So far, twenty authors have contributed to the project and more continue to join. It looks as if a whole generation of new Germans are burning to tell their stories, as well as those of their parents and grandparents. The texts are love letters or indictments to their parents, a search for answers from their own childhoods, or collections of droll anecdotes.

But above all, the authors′ texts pay respect to their parents′ generation, who built a life for themselves, usually under extremely difficult conditions. The authors are putting down on paper stories that were passed down orally – thus making their own voices and those of their forebears heard.

Dalia Hatuqa is an experienced journalist who has reported on the Israeli-Palestinian conflict from Ramallah, Washington DC and Amman. A writer for Time Magazine, Foreign Affairs ... END_OF_DOCUMENT_TOKEN_TO_BE_REPLACED

Since President Abdul Fattah al-Sisi seized power in Egypt in 2013, he has ruled the country with an iron fist. Civil society, opposition and free press struggle to survive. Tens ... END_OF_DOCUMENT_TOKEN_TO_BE_REPLACED

Many Turks are dissatisfied with the international status of their country. At the same time, opinion polls reveal great scepticism among the Turkish population towards the USA. ... END_OF_DOCUMENT_TOKEN_TO_BE_REPLACED

The German government is planning to legalise cannabis before the end of this legislative period. So what does Islam have to say about its consumption? Will changing the law alter ... END_OF_DOCUMENT_TOKEN_TO_BE_REPLACED

END_OF_DOCUMENT_TOKEN_TO_BE_REPLACED
Social media
and networks
Subscribe to our
newsletter