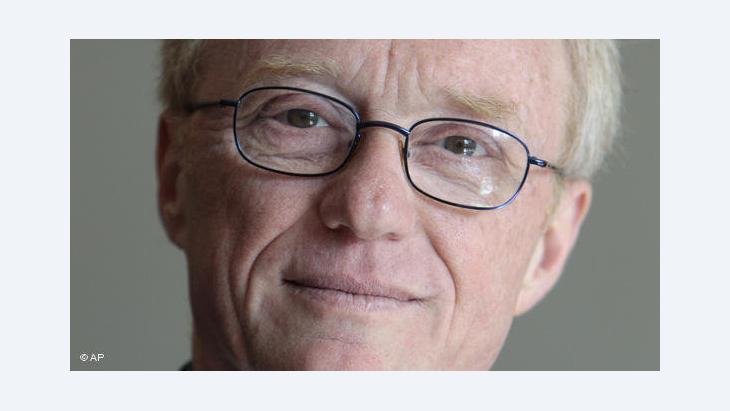 David Grossman on a Possible Israeli Strike against Iran
On Silence

﻿In this article, the Israeli author David Grossman considers why those Israelis who in private express opposition to the idea of an attack on Iran and believe that it will not increase Israel's security in the long term are not standing up, speaking their minds and taking to the streets in protest

Here's a possible scenario: Israel attacks Iran despite the strenuous opposition of President Barack Obama, who is practically pleading that Israel leave the work to the United States. Why? Because Benjamin Netanyahu has a historical mind-set and a historical outlook under which, basically, Israel is "the eternal nation" and the United States, with all due respect, is just the Assyria or the Babylonia, the Greece or the Rome, of our age. Meaning: we are everlasting, we are an eternal people, and they, despite all their strength and power, are merely temporary and ephemeral.

They have narrow and immediate political and economic concerns: they are worried about the impact an attack will have on oil prices and the election, while we exist, always, in the realm of Eternal Israel. We carry within us a historical memory dotted with flashes of miracles and triumphant salvations that transcend logic and reality.

Their president is a bleeding heart who believes that his enemies use the same rational thinking that he does, while we have spent the last 4,000 years in a bitter struggle with the darkest Stygian forces in history and the darkest human impulses, and know full well what is required to survive in these twilight zones.

Some would surely find this portrayal anxiety-inducing, but the prime minister would probably consider it a fitting description; he would even take it as a bit of a compliment. As things stand, the prime minister enjoys the support of a broad coalition and is not pestered by a solid opposition. 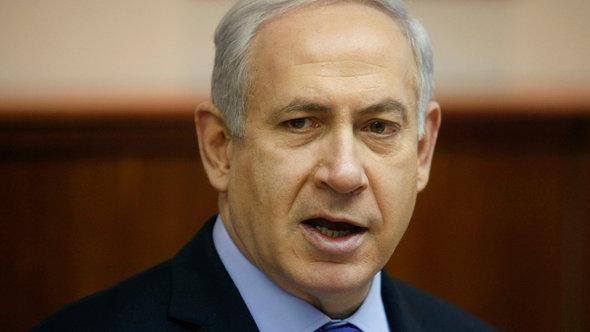 "Autocrat King Bibi": according to David Grossman, when the time comes for Israel to make a decision on this matter, the future of Israel and its destiny will be subject to the judgment of Benjamin Netanyahu's "extreme, rigid and unbending worldview"

In a sense, he is functioning as an autocrat King Bibi, as Time magazine called him. Meaning that when fateful decisions have to be made, the Israeli people's future and destiny will be subject, above all, to the judgment of Netanyahu's extreme, rigid and unbending worldview.

In other words, even the many Israelis from all over the political map who do not want Israel to attack Iran along with certain security chiefs are now trapped, in the most fateful way, within the prime minister's hermetic worldview.

Yet Netanyahu has loyal partners in the government, people who are meant to share in the outlook and decision-making. Their advantage over the average citizen supposedly lies in their "superior knowledge," as they have been presented with "all the facts and considerations". True, this is how a democratic government works, but Israelis have learned from hard experience that their leaders are not immune to serious mistakes, and that, like anyone else – and perhaps even a drop more – they are vulnerable to self-deception and getting carried away with hawkish euphoria.

﻿Does anyone really have all the facts?

Therefore, since such a fateful matter is at stake, we are entitled and obliged to ask again and again, or at least to demand that the decision-makers ask themselves and answer honestly: do the "knowledgeable" ones really know all they need to know? Is anyone really capable of making such a decision? Is anyone really capable of weighing and calculating "all the facts and considerations" entailed in such an act? 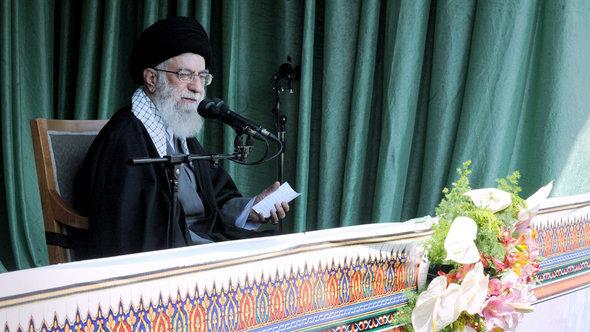 Grist to the Iranian propaganda mill: in response to the escalating discussion in Israel about a preventative strike against Iranian nuclear facilities, Iran's supreme leader, Grand Ayatollah Ali Khamenei, spoke of a "dangerous conspiracy" of the West, which he feels is trying to drive a wedge between Islamic states on the question of Israel

In other words, is their "knowledge" based exclusively on facts, or is it biased and fuelled by anxieties, wishful thinking and echoes of past traumas, which the prime minister is the unrivalled expert at building up? And most importantly: do they fully understand that the decision to attack a superpower like Iran – and in defiance of America at that – could turn out to be the biggest mistake ever by an Israeli government?

The "bomb or be bombed" mentality

Advocates of an attack see a single axis whose ends are labelled "bomb or be bombed," with a sign hanging overhead: "Forever shall the sword devour you." Israel's leaders are so captive to this way of thinking that it seems a heavenly decree, or a law of nature, nearly always sentences Israel, at every dilemma or security crossroads, to choose one path: "bomb or be bombed", to choose between attacking and being attacked.

Certainly, an Iran armed with nuclear weapons is a real danger, not just a paranoid figment of the Israeli government's imagination. But even in the present situation, there are other avenues, other possibilities for action or non-action, and of course there is also the unequivocal American assurance that Iran will not become a nuclear power. But Israel already appears to be affected by familiar, almost mystical forces beyond its control, forces fed by that same historical mind-set cited above, which almost invariably sees all its anxieties come true and seems drawn like a magnet to existential danger. 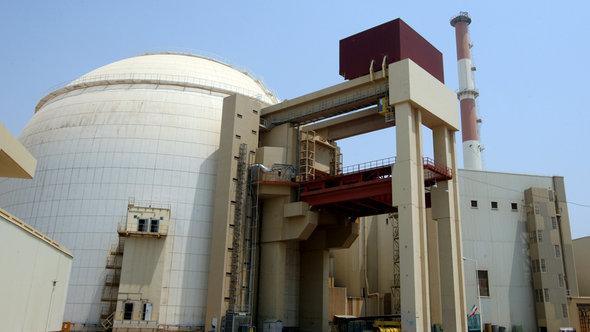 Would Israel really go it alone and target Iran's nuclear facilities? Israeli President Shimon Peres was rebuked by Prime Minister Benjamin Netanyahu when he said that Israel could only attack Iran together with the United States

Therefore, the question must be asked with greater urgency: why aren't ministers and defence officials, people who are serving here and now, not those who have completed their terms, standing up and speaking their minds?

Mute amid the gathering gloom

These are people who in private express opposition to an attack; who believe that an Israeli attack will only defer Iran's nuclearization for a very short time. They fear the profound consequences such an attack would have for Israel's situation, for its very survival. Why aren't they standing up right now, when it is still possible, and saying: we will not be a party to this megalomaniacal vision, to this messianic-catastrophic worldview?

And what about us, the Israeli people, who are suddenly mute amid the gathering gloom, who clam up in fatalistic resignation with eyes wide shut against what seems to grow more threatening every day? How will we face ourselves and our children when we are asked why we kept silent? Why we didn't take to the streets in masses to demonstrate against the possibility of another war launched by us? Why we didn't set up a single symbolic protest tent in front of the prime minister's residence to warn against the potential disaster heading our way? For, as the poet Bialik said in another context, it is we who will pay the price of the blaze with our blood and marrow.

David Grossman is an Israeli author whose books have been translated into more than 30 languages. Both he and his works have won numerous prizes around the world.

When is it and when is it not acceptable to display a political banner at the World Cup in Qatar? The answer seems to depend largely on the political message, with fans ... END_OF_DOCUMENT_TOKEN_TO_BE_REPLACED

The Kurds are under attack from two sides: from Turkey, and from Iran. The situation in their territories in northern Iraq is becoming increasingly desperate. Birgit Svensson ... END_OF_DOCUMENT_TOKEN_TO_BE_REPLACED

Iranians do not want an Islam that interferes. They are fed up with a system that manipulates people with simple promises of salvation and anti-Western propaganda. Islamic ... END_OF_DOCUMENT_TOKEN_TO_BE_REPLACED

"The Voice of Dust and Ash" draws us into the life and times of Iranian maestro Mohammad Reza Shajarian with passion and joy, focusing on the man who stood, and still stands, for ... END_OF_DOCUMENT_TOKEN_TO_BE_REPLACED

November 2022 sees the Arab world firmly in the spotlight with the COP27 in Egypt and the FIFA World Cup in Qatar. Public trust in MENA governments is weak, thanks to their ... END_OF_DOCUMENT_TOKEN_TO_BE_REPLACED

In Iran, two famous actresses, Hengameh Ghaziani and Katayoun Riahi, were arrested recently. These days anyone who shows solidarity with the protesters is a target to be silenced ... END_OF_DOCUMENT_TOKEN_TO_BE_REPLACED
Author:
David Grossman
Date:
Mail:
Send via mail

END_OF_DOCUMENT_TOKEN_TO_BE_REPLACED
Social media
and networks
Subscribe to our
newsletter