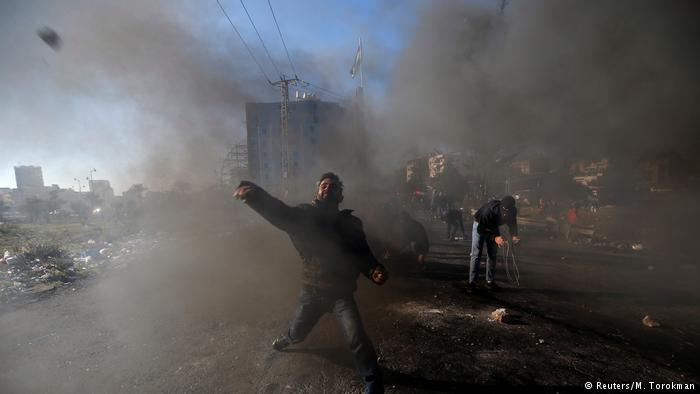 Clashes with police: a Palestinian protester hurls stones toward Israeli police during clashes near the Jewish settlement of Beit Al, close to the West Bank city of Ramallah. Palestinians called for a "day of rage" in response to U.S. President Donald Trump′s decision to recognise Jerusalem as Israel’s capital. At least two protesters were killed on Friday during clashes with security forces 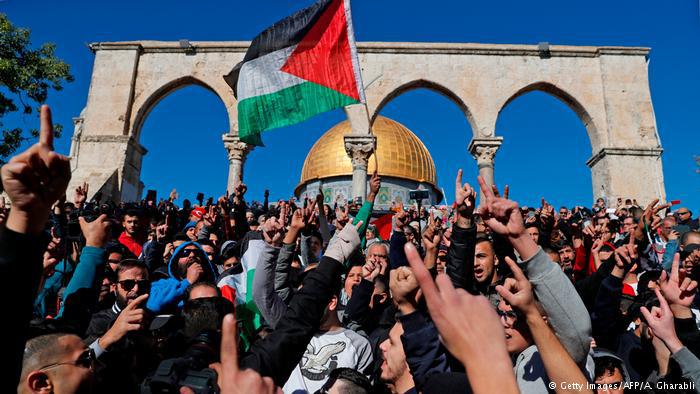 Protests following prayers: Jerusalem itself has seen some of the largest protests, as here in front of the Dome of the Rock Islamic shrine at the al-Aqsa mosque compound in the Old City. Hundreds of additional police were deployed to control the masses of protesters after Palestinian calls for protests after Friday prayers 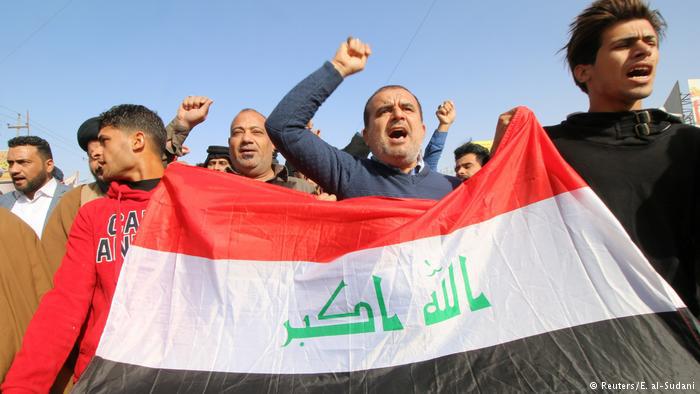 Protests reach Iraq: and those calls for protest have received a response from Shia Muslims in Iraq. These men have taken to the streets in the southern city of Basra. Palestinians are angry because they want East Jerusalem as the capital of their future state; Trump's move, supported by Israel, could thwart that desire 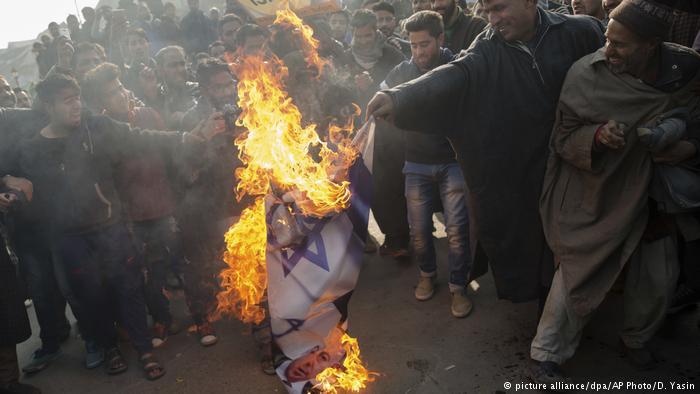 Israeli and U.S. flags burned: Indian-controlled Kashmir also saw protests, with Muslim men seen here burning Israeli and U.S. flags during a rally in Budgam, southwest of Srinagar. Protesters marched in several places in Srinagar and other parts of the region after Friday prayers, chanting slogans such as "Down with America" and "Down with Israel" 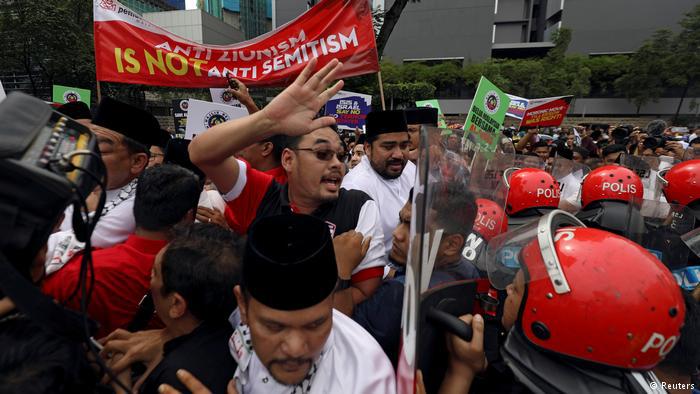 'Long live Islam': in Malaysia, more than 1,000 Muslims protested outside the U.S. Embassy in Kuala Lumpur against Trump's decision. The protesters, led by Sports Minister Khairy Jamaluddin, marched from a nearby mosque after Friday prayers to the U.S. Embassy, halting traffic as they chanted "Long live Islam” 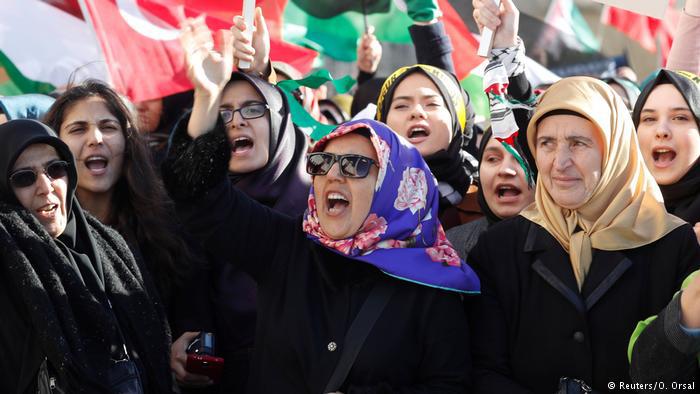 Turkish protesters voice their indignation: these women are venting their anger in support of the Palestinian cause. But Trump's decision to move the U.S. Embassy to Jerusalem has been condemned by many governments of non-Muslim countries as well 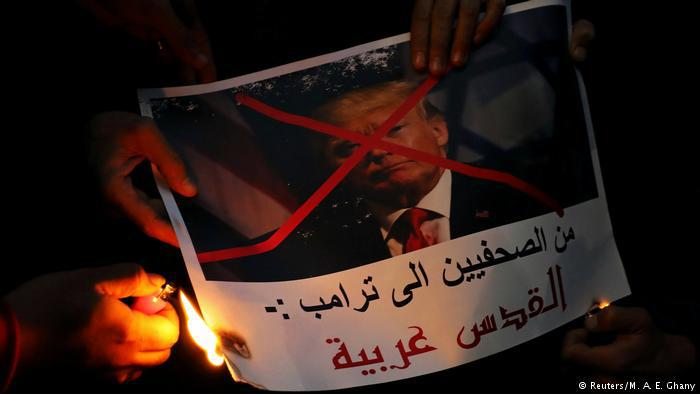 Trump's picture burned: protesters in Egypt burn a picture of U.S. President Donald Trump with his face crossed during a protest in front of the Syndicate of Journalists in Cairo. The picture reads, "Journalists are telling you Trump, Jerusalem is Arab." Hundreds of protesters also gathered in Al-Azhar mosque and outside in its courtyard 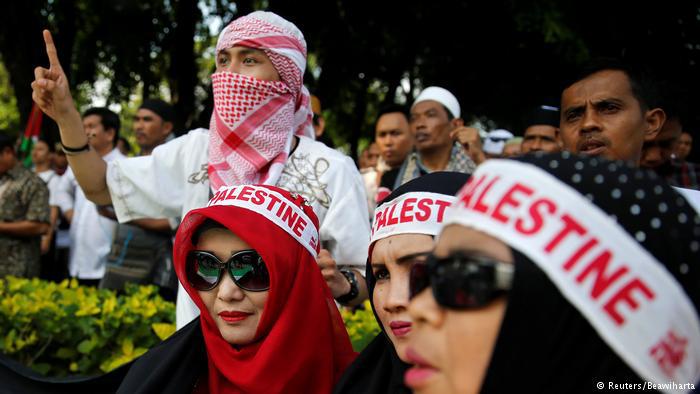 'Stop your blind support'! In Jakarta, Indonesia, protesters in the world's most populous Muslim nation wear Palestine headbands. More than 300 protesters shouted "Go to hell Israel!" and called on Trump to stop his "blind support" for the Jewish state 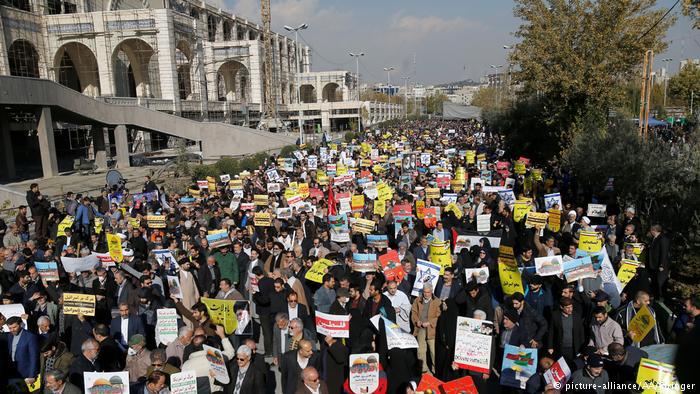 Massive marches in Iran: the streets of the Iranian capital, Tehran, have also been the scene of huge protests at the U.S. decision. As an arch-enemy of Israel, the Iranian government is likely to view the U.S. move as particularly offensive 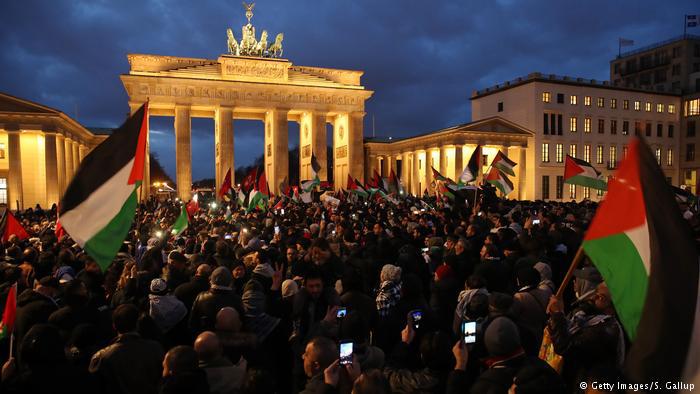 Muslims in Germany join the outrage: Germany has also seen protests, with mostly Muslim demonstrators attending a rally at Berlin's Brandenburg Gate while waving Palestinian and Turkish flags. The German government has been among those to warn urgently against Trump's move