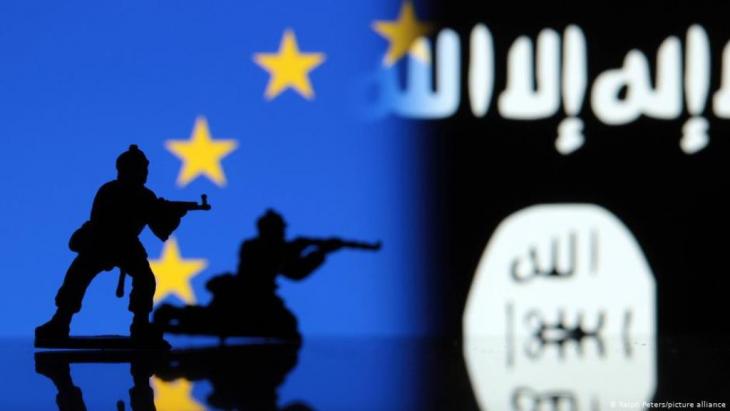 De-radicalising young people
Is there a way to stop jihadists in Europe? 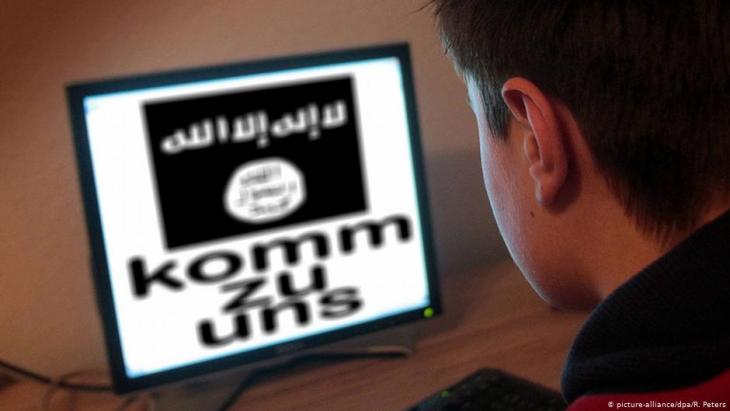 When VPN employees work in prisons with people who are likely to pose a threat, with IS returnees, or with violent Islamists, their top priority is "to make it possible for these people to ask questions again, to be allowed to start thinking for themselves again," he said. "In the Islamist scene, the way it works is that you have to obey, you have to subordinate yourself. And they lose the ability to ask questions and think for themselves."

Mucke, however, knows there are limits to what de-radicalisation can achieve. "We must be under no illusion that if we make a great effort in the area of security, in the area of socio-paedagogical work, there will never be an attack. There will always be attacks." 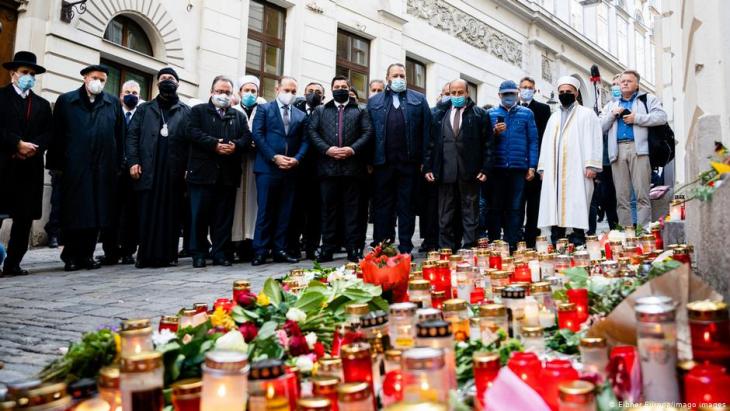 What makes the situation so dangerous – and so difficult for the security services to maintain an overview – is that Islamist terrorism doesn't need an organisation in the classical sense, with secret cells and hidden headquarters. Loose networks are enough, as is the potential of radicalised people, which can be tapped through propaganda, or indeed through other attacks

VPN's director speaks from bitter experience. One of the clients his colleagues were dealing with was the 20-year-old man who attacked two gay men with a knife in Dresden in early October, killing one of them.The social workers had met him two days before the attack, and again afterwards – unaware their client had any connection with the murder.

In cases like this, Mimoun Berrissoun says "taqiyya", or the concealment of religious belief from unbelievers, plays a role. Berrissoun, a young man with Moroccan roots, founded the NGO "180° Wende" (180° Turn) in Cologne. The people who work there, most of whom are volunteers, aim to prevent young men from sliding into extremism and criminality. "If, for example, there are court orders forcing a person to comply with certain measures, but inwardly they still haven't detached from the ideology, it's very hard to detach them from that scene, from that ideology," says Berrissoun.

Yet, considering the hundreds of people VPN has worked with, Thomas Mücke is convinced that, had they been left to their own devices, "the potential of those who might commit attacks would certainly be greater."

The potential is already great. The number of known Islamists seen to pose a threat in Germany is currently at around 620. And according to an investigation by the Frankfurter Allgemeine Zeitung, there are more than 130 Islamists in German prisons. De-radicalisation and prevention work is carried out in prisons, mostly by organisations like VPN.

But the COVID-19 pandemic is having a huge impact on this work, says Jens Borchert, a criminologist at the Merseburg University of Applied Sciences. "Many programmes for de-radicalisation in prison are unable to start up or run to the extent originally planned." Generally speaking, Borchert regards the situation in German prisons as "explosive". Fewer staff members are available for work in the institutions because of coronavirus, and all sorts of conspiracy theories are doing the rounds.

This was confirmed by employees working in the justice system. They emphasise that despite all the measures put in place in recent years, the danger of prisoners being radicalised while behind bars is still very present.

Attacks are a subject of conversation among those in custody and, even if they don't explicitly condone violence when they're speaking to staff, some consider the French teacher who was beheaded by an Islamist extremist to have been partly responsible for his own fate.

What makes the situation so dangerous – and so difficult for the security services to maintain an overview – is that Islamist terrorism doesn't need an organisation in the classical sense, with secret cells and hidden headquarters. Loose networks are enough, as is the potential of radicalised people, which can be tapped through propaganda, or indeed through other attacks.

VPN head Mucke cites the Vienna attack as an example. IS has claimed responsibility, but he notes: "There are absolutely no clear chains of command. Instead, the narratives are fed into the networks: 'Now you have to do something.' And then there are the people who take action – without anyone actually issuing an order for them to do so," said Mucke.

So ultimately, it's a battle to control these very narratives. This is why Mimoun Berrissoun, the founder of 180° Turn, is calling for a strong counter-movement within Muslim communities. He says it must ensure that there's no room for enticing Islamist recruiters. And it must not allow "young people to be secretly recruited via WhatsApp or Telegram," he says. "We have to reach these young people before they do."

Even in times of war and pandemic, refugees are still being deported to Afghanistan. Several deportation flights have taken place in recent weeks alone. Since those affected often ... END_OF_DOCUMENT_TOKEN_TO_BE_REPLACED

On 7 March, Switzerland became the latest European country to vote in favour of a so-called "burka" ban. It was yet another feather in the cap of the right-wing populist Swiss ... END_OF_DOCUMENT_TOKEN_TO_BE_REPLACED

Austria's chancellor is seeking to criminalise "political Islam". The move would put non-violent, non-radical Muslims under blanket suspicion and is hardly helpful in the fight ... END_OF_DOCUMENT_TOKEN_TO_BE_REPLACED

Rather than suspecting Muslims in general, we need to co-operate more with Islamic scholars, Muslim congregations and associations, writes Muhammad Sameer Murtaza in his ... END_OF_DOCUMENT_TOKEN_TO_BE_REPLACED

Berlin's "House of One" project, instigated by Jews, Christians and Muslims, will finally begin to take physical shape in early 2021, following a lengthy period of preparation. ... END_OF_DOCUMENT_TOKEN_TO_BE_REPLACED

The Islamist attacks in France and Austria aim to divide European societies. The jihadists want to destroy the grey area of lived co-existence between Muslims and non-Muslims in ... END_OF_DOCUMENT_TOKEN_TO_BE_REPLACED
Author:
Matthias von Hein
Date:
Mail:
Send via mail

END_OF_DOCUMENT_TOKEN_TO_BE_REPLACED
Social media
and networks
Subscribe to our
newsletter