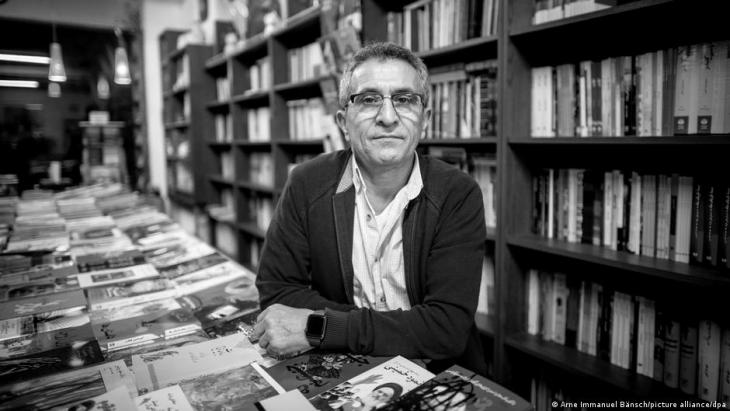 Following a serious illness, writer, publisher and journalist Abbas Maroufi has died at the age of 65 in a hospital in Berlin. He was best known for his novel "Symphony of the Dead". By Pedram Habibi

The death of the Iranian writer, playwright, poet, publisher and journalist was announced by the Instagram page "House of Art and Literature Hedayat" – in a short post. Maroufi died in hospital at 4 am on 1 September 2022. In the summer of 2019, he revealed he was suffering from lymphatic cancer. The owner of the Gardun publishing house and director of the cultural centre "Haus Hedayat" had lived and worked in Germany since 1996.

Cain and Abel in northern Iran

Abbas Maroufi was born in Tehran on 27 May 1957. He studied dramatic literature at the Faculty of Fine Arts of Tehran University and began his literary career under the guidance of Houshang Golshiri and Mohammad Ali Sepanlou. Maroufi's debut novel, "Symphony of the Dead", was a notable success on the Iranian literary scene in 1989. 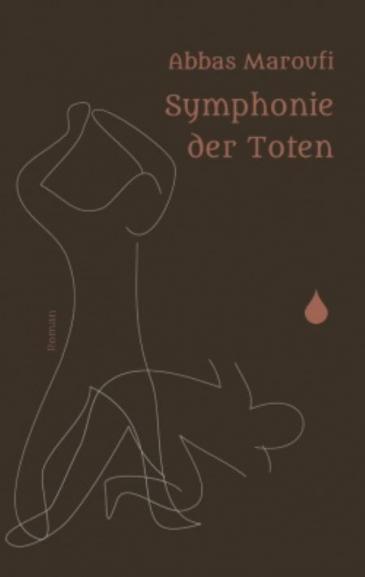 In 2001, Maroufi was awarded the Suhrkamp Philosophical-Literary Publishing Foundation prize for "Symphony of the Dead". In 2021, the book was published in a new German edition, translated by Anneliese Ghahraman-Beck at Sujet-Verlag. "Farhad's Body", "Fereydoon Had Three Sons", "The Year of Sedition" and "Completely Special" are some other important works by the civil rights activist Maroufi that are still awaiting translation

Original and intricate, the novel tells the story of the brothers Aidin and Urhan in the northern Iranian town of Ardebil between 1940 and 1970. The father deals in dried fruit and wants to pass on his flourishing business to his children. But Aidin has no interest in the shop – he loves books more than anything and begins to acquire knowledge himself. His money-hungry brother Urhan is quite different. He and their father eye Aidin's literary interests with suspicion – until he even ends up burning his brother's books and manuscripts. The author effectively relocates the fratricidal conflict between Cain and Abel to Ardebil in Northern Iran.

In 1986, Maroufi founded the publishing house Gardun in Tehran, following this up four years later with a literary magazine of the same name, of which he was the editor.

But as early as 1993, the Iranian censorship authorities banned the publishing house and the magazine – Maroufi was sentenced to flogging and imprisonment. Thanks to international pressure, the sentences were suspended.

With the help of the German writers' association PEN and Gunter Grass, Maroufi managed to leave his home country in 1996 and continue his publishing activities in Germany.

In spring 2002, he founded the "House of Art and Literature Hedayat", which ensured publication in Germany of more than 300 titles by exiled authors banned in Iran. For many years, Maroufi offered creative writing courses at his cultural centre – where he encouraged Iranians to write their own stories.

In 2001, Maroufi was awarded the Suhrkamp Philosophical-Literary Publishing Foundation prize for "Symphony of the Dead".

In 2021, the book was published in a new German edition, translated by Anneliese Ghahraman-Beck at Sujet-Verlag. "Farhad's Body", "Fereydoon Had Three Sons", "The Year of Sedition" and "Completely Special" are some other important works by the civil rights activist Maroufi that are still awaiting translation.

Iranian artist Parastou Forouhar has lived in Germany since 1991. Full of rage, just like the protesters, she hasn't yet given up on the idea of justice. By Julia Hitz END_OF_DOCUMENT_TOKEN_TO_BE_REPLACED

Unflattering terms were used at a German Football Association human rights congress aimed at "intensifying the discussion" ahead of the World Cup. One speaker in particular made ... END_OF_DOCUMENT_TOKEN_TO_BE_REPLACED

Fariduddin Attar’s "The Conference of the Birds", one of the seminal works of Islamic mysticism, has recently been published in sumptuously illustrated German translation. It ... END_OF_DOCUMENT_TOKEN_TO_BE_REPLACED

Egyptian authorities have Mada Masr in their sights once again after critical reporting. But the editor of the country's last independent news source is adamant they will continue ... END_OF_DOCUMENT_TOKEN_TO_BE_REPLACED

Like Christianity, Europe's history is one of migration. Both have strong roots in the Orient and in cultures thousands of years old. Cultural historian Bernhard Braun invites us ... END_OF_DOCUMENT_TOKEN_TO_BE_REPLACED
Author:
Pedram Habibi
Date:
Mail:
Send via mail

END_OF_DOCUMENT_TOKEN_TO_BE_REPLACED
Social media
and networks
Subscribe to our
newsletter