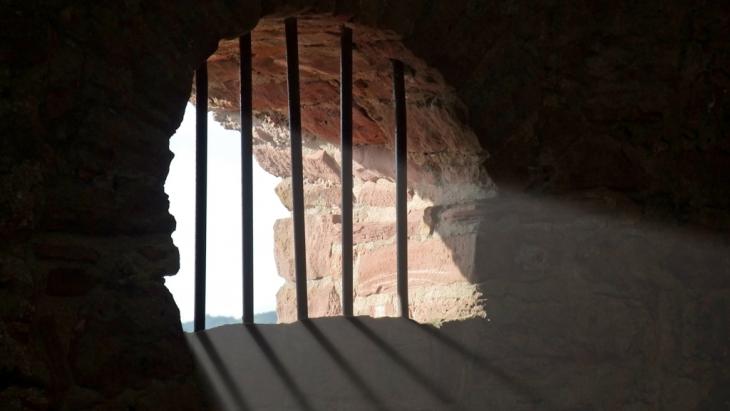 On the Way to Class Justice

The death penalty has not been carried out in Tunisia since the early 1990s. But there are still prisoners on death row to this day. In their book "The Siliana Syndrome", authors spotlight an issue that still represents a major social taboo. By Sarah Mersch

"The Siliana Syndrome" is the title of a newly-published book named after a small town some 120 kilometres from Tunis. "We could have also chosen Jendouba, Kef or any other town in the northwest or south of Tunisia," explains Héla Ammar, one of the authors of the book. She goes on to say that in recent years, the North African country's justice system has become increasingly developed into a class system in recent years.

"These days, almost all those condemned to death come from impoverished backgrounds and completely marginalized regions in the country's interior," explains the artist and legal expert Ammar. They have often spent more than 20 years on death row, many of those years without having any contact with their families and without knowing if the sentence will ever be carried out, or whether they will spend the rest of their lives in prison. 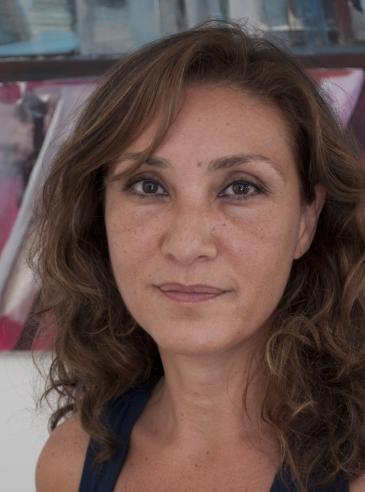 "These days, almost all those people sentenced to death come from impoverished backgrounds and completely marginalised regions in the country's interior," explains Héla Ammar, co-author of the book "The Siliana Syndrome"

No death penalty has been carried out in Tunisia since 1991. Following the upheaval of January 2011, most sentences were commuted to life in prison. But courts are still handing down the death penalty, and the new draft constitution does not foresee its abolition.

The death penalty as a political issue

The history of the death penalty is, since the independence of the Maghreb state, also a political history of the nation. This is because most of those who were sentenced and executed in the early years of the republic were political prisoners – initially trade unionists and left-wing politicians, later primarily members of the Islamist movement that spawned today's governing Ennahda party.

Several key figures, for example the current head of the party, were pardoned by the former President Zine El Abidine Ben Ali. This first and second generation of condemned individuals were mostly sentenced for an alleged undermining of state security, but in the case of the third generation of condemned prisoners, people who are serving custodial sentences to this day, these are for the most part criminals sentenced for murder, manslaughter or rape.

Most of those sentenced to death, people visited by Ammar and her three co-authors in prison during research for the book, are offenders with no previous convictions. Most of them come from poor backgrounds and because they had no prior experience or knowledge of the legal system, were provided with a public defender by the court.

"This public defender often didn't get to see the file before the trial began, and confessions were obtained through use of force. This calls the sentences into question," says Héla Ammar, who speaks of a legal system riddled with class prejudice.

Until the year 2000, it was not possible to lodge an appeal in Tunisia, which meant that the first sentencing was legally binding. "We often asked ourselves the question: If these cases went to a retrial today, would these people still be sentenced to death?" says Ammar.

Communal cells instead of solitary confinement 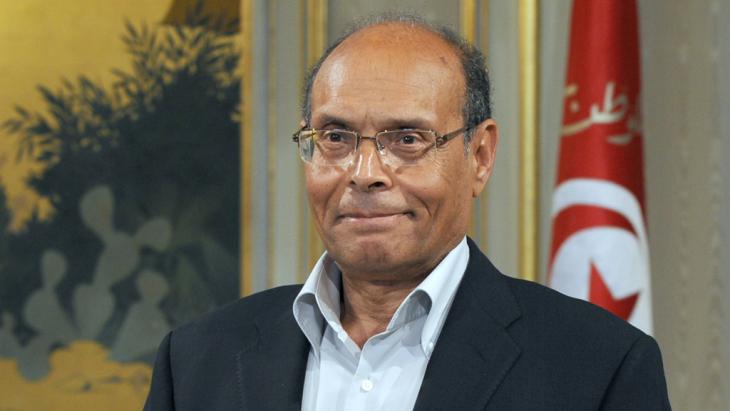 Ongoing discussions over the draft constitution have reignited the death penalty issue: The Islamist "Ennahda" party would like to retain it, while President Marzouki has spoken out clearly in favour of its abolition.

While researching the book, the authors visited prisons and spoke to prisoners on death row. Some regret their actions, others insist to this day that they are innocent. The book is illustrated with numerous cases, some of them quite appalling – for example that of Maher who was sentenced for a robbery that resulted in a death. He has always protested his innocence.

When he was transferred to a communal cell from solitary confinement on death row after the revolution, he heard his fellow prisoners boasting about how they had managed to frame someone else for their earlier misdemeanours. He heard them described the very same crime for which Maher had been sentenced to death. To this day, the case has not gone to a retrial.

Political upheaval in Tunisia has resulted in slightly better conditions for those prisoners who have been sentenced to death. Many have since had their punishments commuted to life terms; instead of solitary confinement they now live in communal cells and are granted some contact with their families and to the outside world. Some of these families did not even know if their loved ones were still alive. In the past, those who had been hanged received an anonymous burial; the family was not informed.

But even though President Moncef Marzouki, former chairman of Tunisia's Human Rights League, is an avowed opponent of the death penalty, its abolition is not up for debate in contemporary Tunisia. Even the strongest party in government, "Ennahda", a party that can claim numerous victims of the death penalty within its own ranks, insists that capital punishment be retained – although it signed a moratorium last year. 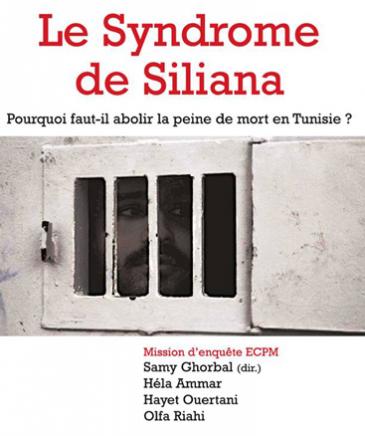 The authors of the book "The Siliana Syndrome" say the number of people receiving the death penalty in Tunisia from severely disadvantaged social backgrounds is disproportionately high, which indicates that the nation is operating a judicial system influenced by class

"Even if the death penalty is controversial from a religious point of view, this must also be conveyed to the party grass roots," says Héla Ammar. The author reports that although many members of parliament, including members of Ennahda, are in favour of abolishing the death penalty, they do not dare to express this view in public.

"Saida Akremi, President of the 'Organisation for the Support of Political Prisoners', gave us incredible support," says Ammar. "When we presented the book, she said that the right to life is sacred. But she can't bring herself to say she's against the death penalty!"

But despite some positive signals from within the ranks of the Ennahda party, Ammar is concerned that the moratorium could again be suspended. This is because over the past year, several cases in Tunisia have again inflamed debate over the death penalty.

As well as the rape of a girl at a nursery, there have been several attacks on the military and security forces in recent months, as well as the murder of opposition politicians Chokri Belaid and Mohamed Brahmi in February and July 2013.

Many Tunisians spontaneously came out in favour of the death penalty for the perpetrators. Héla Ammar takes a very dim view of this, as she says no rational debate took place on the issue. "It was primarily about the desire for revenge. Some people were even calling for corporal punishment. They wanted the accused to suffer and be tormented before being killed. This was an instinctive primary reaction."

In late August, the Tunisian interior ministry categorised the Salafist group "Ansar al-Sharia" as a terrorist organisation. The ministry says it is closely affiliated with al Qaeda and responsible for the attacks on politicians and members of the security forces. If public pressure increases, Héla Ammar quite rightly fears that a moratorium will very soon not be worth the paper it is written on.

While Tunisians remain committed to democracy, they are feeling the painful lack of economic and political progress. Much has been achieved in the way of personal freedoms, but ... END_OF_DOCUMENT_TOKEN_TO_BE_REPLACED

"Tlamess", a visually striking experimental feature by Tunisian director Ala Eddine Slim, brings two drop-outs together in a weird, wild cohabitation in the woods: a desperate ... END_OF_DOCUMENT_TOKEN_TO_BE_REPLACED

Tunisia is considered a paragon of the Arab Spring. Despite democratic reforms, however, a mood of political frustration and economic despair still prevails, particularly among ... END_OF_DOCUMENT_TOKEN_TO_BE_REPLACED

Equality in divorce, a ban on polygamy: reformers of Islamic family law have a clear agenda. They are exploiting the ambiguity of traditional jurisprudence. By Joseph Croitoru END_OF_DOCUMENT_TOKEN_TO_BE_REPLACED

Hassan Aourid is one of the most important political and intellectual figures in Morocco. In interview with Ismail Azzam for Qantara, Aourid outlines his vision of the decline of ... END_OF_DOCUMENT_TOKEN_TO_BE_REPLACED

The Arab world is one gigantic pressure cooker. For the most part the lid of repression is on, but it is boiling over with increasing frequency. Whether in Lebanon, Iraq or in ... END_OF_DOCUMENT_TOKEN_TO_BE_REPLACED
Author:
Sarah Mersch
Date:
Mail:
Send via mail

END_OF_DOCUMENT_TOKEN_TO_BE_REPLACED
Social media
and networks
Subscribe to our
newsletter