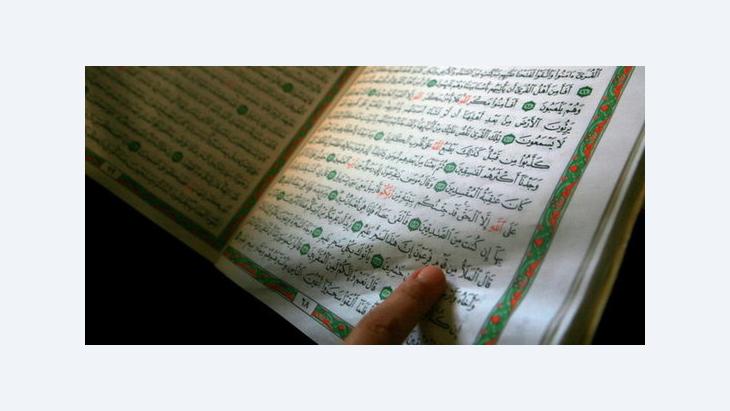 Debate about Sharia and Democracy
A Western Misconception

Sharia is a collection of norms that can be interpreted in many ways – either for or against democracy. Islamist parties are not per se opposed to democracy, writes the renowned scholar of Islam, Mathias Rohe in his commentary

How terrible would it be if, in future, Libyan laws that contradict Sharia were to be deemed invalid? In almost all constitutions in place in the nations of the Muslim Arab world, Sharia is considered a yardstick by which to measure laws. And indeed, in Libya itself, family law and the law of inheritance have long been based on Sharia principles. So, what exactly is Sharia?

In the Western debate of the issue, and also in the view of some Muslims, Sharia is predominantly seen as being in absolute contradiction to the democratic rule of law. But that is probably less than half the truth. In a broader way of looking at the issue ‒ one shared by many Muslims ‒ Sharia includes the entire, highly complex and flexible system of Muslim religious and legal norms and their interpretation.

Not set in stone 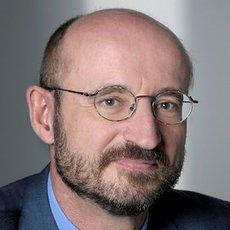 ​​It includes religious ritual rules such as those for prayer and fasting, as well as legal standards. Legal rules are dependent on the conditions of time and place, and thus require interpretation. In other words, Sharia is by no means a code of law whose paragraphs are set in stone.

Much, but by no means all, of what goes under the name of Sharia is in clear contradiction to principles of human rights: for example, the draconian physical punishments it foresees, or the unequal treatment of men and women or of people of different religious beliefs ‒ all of which were prevalent in Europe for many years. In comparison, the introduction of a Muslim banking sector in Libya is completely unspectacular. Even the Osservatore Romano ‒ the Vatican daily newspaper that cannot seriously be described as a pro-Islamist mouthpiece ‒ finds words of praise for Islam's legal ban on financial speculation.

In contrast to the antidemocratic applications of Sharia which run counter to principles of human rights, such as those we see in Saudi Arabia or Iran, there are interpretations that work on the basis of Sharia to justify democracy and the protection of human rights. In Tunisia, for example, polygamy was banned in 1956 after the contradictory statements on the issue in the Koran were subjected to a new reading. In Morocco, a similar re-interpretation led to the requirement that a first wife must approve any further marriages.

In Libya, however, the existing right to polygamy will be relaxed further, in that the permission of a first wife will no longer be required. This is a (controversial) step backwards as a concession to Islamist tendencies. So, what is going to happen in North Africa? Currently, no-one can say for sure.

In the democratic election processes currently underway in North Africa, Islamist parties are winning plenty of support. They owe their popularity, specifically in poorer and in rural areas, to their social commitment and the fact that they are one of the very few groups not to be considered corrupt. There is certainly political conflict between strongly secular and religious parties, but this conflict is even greater between religious groups that are extremist and intolerant, like the Salafists, and those that support democracy and the rule of law. 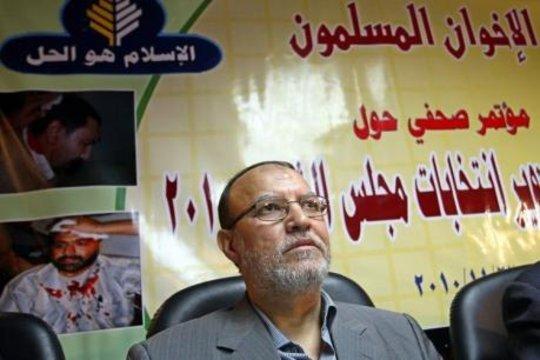 Now part of the democratic mainstream? Both young leaders of the Muslim Brotherhood and activists working for the Wassat Party, which is closely allied to the Muslim Brotherhood, repeatedly made positive statements about the compatibility of democracy, the rule of law and Islam even before Mubarak was overthrown

The Turkish AKP as a model

Sharia can also be used to justify the fight against state torture, corruption and tyranny against citizens. In its political programme, the party of the Muslim Brotherhood in Egypt (HHA), describes Sharia as being the same as democracy, in contradistinction to theocracy or military rule. At least that is what it currently says on paper.

On the other hand, the main religious parties of North Africa have taken the Turkish AKP as their model. In spite of some backwards steps in the recent past, the AKP has done more for the protection of human rights during its period of rule than the allegedly laicist Kemalist moderates did in decades. It now sees itself as a kind of "Islamic Christian Democrat" party.

But there is also a social conflict hidden in all this: secular big-city elites against ambitious, religious residents of small towns and the poor. The dictatorships pretended to be moderate, justifying their human rights abuses ‒ which were ignored by the world ‒ with the fear of religious tendencies. The democratic nations of the world that uphold the rule of law have lost a lot of credibility as a result of their willingness to go along with these states over many years. That's why sustainable reform can only come from within. Good advice from outside will only help if it's asked for.

Currently, it looks as though there is wide support for the establishment of democratic mechanisms and the rights to such liberties as freedom of opinion, freedom of the press and protection against the tyranny of the repressive regimes that are still in control (even in Egypt). In addition, improvement in the social situation of the masses of the poor, including the rights of children, opportunities for education and so on, are also on the agenda. 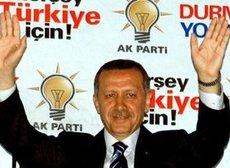 A model for the Arab world? "In spite of some backwards steps in the recent past, the AKP has done more for the protection of human rights during its period of rule than the allegedly laicist Kemalist moderates did in decades," writes Rohe

​​The prospects for women's personal legal rights and the role of religion in the public arena are more doubtful. At least the party that won the election in Tunisia has said it doesn't want to interfere with the fairly extensive rights that women enjoy there. That being said, it doesn't look as if there will be further progress either. It is likely that criticism of religion by European standards will remain impossible and at the very least dangerous.

But even here, there are some remarkable developments: the party of the Muslim Brotherhood in Egypt has a Christian vice-president. The party's programme emphasizes the contribution of Christians to the nation's common set of values. That is new and goes much further than the traditional toleration. What's more, in Egypt the people went out onto the streets not as members of a religious group, but as Egyptians.

However, those political forces that wish to move beyond the liberal secular elite and appeal to the wider population will find it hard to do so without referring to Muslim culture and Sharia. This is why Muslim human rights pioneers like Shirin Ebadi or Nasr Hamid Abu Zaid are in favour of the cultural translation of human rights into the country's dominant tradition of thought, so that people will be able to experience human rights as something of "their own."

The catastrophe that threatens the Arab Spring is not actually Sharia itself, but further economic and social destabilization. This is one area where Europe could do more than just offer trite advice and actually provide effective help: it could open its markets and offer sustainable local investment.

Mathias Rohe is professor for civil law and international private law and head of the Centre for Islam and Law in Europe in Erlangen. More information is available in Das Islamische Recht: Geschichte und Gegenwart (Islamic Law: Past and Present), 3rd edition, 2011 (C.H. Beck).

In "Iran. Die Freiheit ist weiblich", journalist Golineh Atai describes the dogged resistance of courageous Iranian women against the Islamic Republic and the mullahs who have ... END_OF_DOCUMENT_TOKEN_TO_BE_REPLACED

One year ago the Taliban returned to power, seizing Kabul; the U.S. and its allies made a panicked exit from the country. Of all the books written on the subject, four stand out ... END_OF_DOCUMENT_TOKEN_TO_BE_REPLACED

Unflattering terms were used at a German Football Association human rights congress aimed at "intensifying the discussion" ahead of the World Cup. One speaker in particular made ... END_OF_DOCUMENT_TOKEN_TO_BE_REPLACED

Egyptian authorities have Mada Masr in their sights once again after critical reporting. But the editor of the country's last independent news source is adamant they will continue ... END_OF_DOCUMENT_TOKEN_TO_BE_REPLACED

Like Christianity, Europe's history is one of migration. Both have strong roots in the Orient and in cultures thousands of years old. Cultural historian Bernhard Braun invites us ... END_OF_DOCUMENT_TOKEN_TO_BE_REPLACED

Russia is leaving no stone unturned in its attempts to make the Islamic Republic an ally in the war against Ukraine. Fortunately for Vladimir Putin, the mullahs in Tehran are ... END_OF_DOCUMENT_TOKEN_TO_BE_REPLACED
Author:
Mathias Rohe
Date:
Mail:
Send via mail

END_OF_DOCUMENT_TOKEN_TO_BE_REPLACED
Social media
and networks
Subscribe to our
newsletter