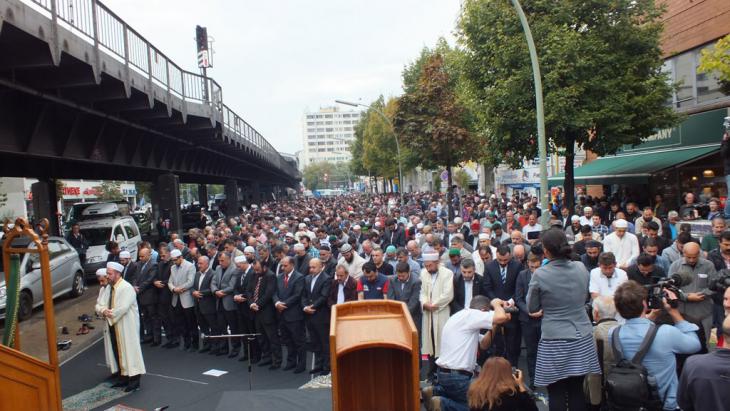 Why do so many people in Germany assume that Muslims automatically sympathise more with the terrorists of IS than with those who are helping their victims? And why is so little notice being taken of the countless statements made by Muslim theologians and intellectuals who have distanced themselves from the terrorists' appalling acts? A commentary by Katajun Amirpur

"Muslims, distance yourselves from terrorism!" This is the call we hear whenever acts of terrorism are carried out in the name of Islam. The strange thing is, however, that when Muslims do distance themselves from terrorism, it is barely registered by society at large. It is almost as if people don't want to believe that this is even possible. Yet all relevant authorities in the Islamic world, including the genuinely fundamentalist Grand Mufti of Saudi Arabia, have strongly condemned the so-called "Islamic State".

Similarly, we professors of Islamic Theology in Germany have distanced ourselves from these atrocities. A statement issued by my colleagues and I stresses that "we strictly reject any interpretation of Islam that perverts its message into an archaic ideology of hate and violence."

Muslim umbrella organisations have also distanced themselves several times from violent groups and their actions. The current situation is similar to the one that followed 9/11. Back then too, we were accused of not distancing ourselves from the culprits, even though tens of thousands of Muslims took to the streets of Cologne to demonstrate against the atrocity. 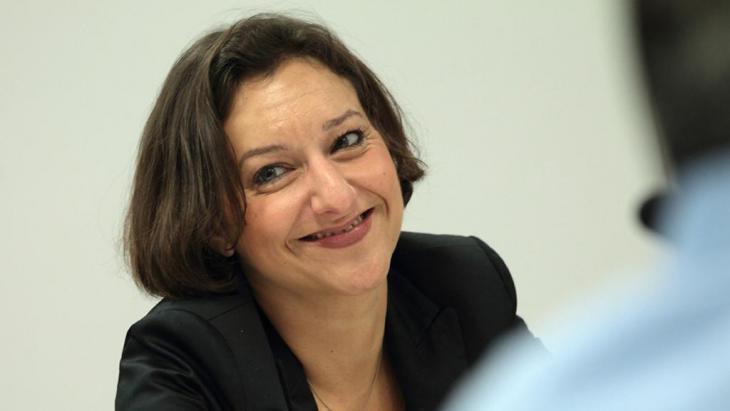 I am not only angry about the lack of awareness of Muslims' efforts to distance themselves from such groups and actions. I am also angry about the level of general ignorance. It is, after all, Muslims who are attempting to put a stop to the so-called "Islamic State". Why do so many believe that German Muslims sympathise more with those Muslims who persecute Yazidis and Christians than with those Muslims who offer the victims of this persecution help and shelter? Apparently, word has not spread, as this belief is still firmly entrenched. This is not a fight between Muslims and the West. First and foremost, it is Sunni Kurds and Shia Muslims who are fighting the IS terrorists and taking in refugees.

And why is it not a matter of course to assume that Muslims in Germany do not support terrorist acts? Why should we? Is the reason down to the claim recently made in the "Neue Zürcher Zeitung" newspaper that Islam does not prohibit killing? This assertion was made by Martin Rhonheimer, professor of ethics at the Pontifical University of The Holy Cross in Rome. According to the professor, Islamic theology does not possess the argumentative resources needed to condemn the murders committed by the so-called "Islamic State". This is why, he concludes, Islamic theologians and, correspondingly, Muslim lay people cannot be against the so-called "Islamic State".

So because Islam does not prohibit killing, Muslims have to distance themselves from terrorist acts and the people who perpetrate them. Moreover, because Islam does not prohibit killing, we can assume that Muslims can see a point in IS terrorism. Is Rhonheimer truly ignorant of the fact Islam prohibits killing, or is he intentionally withholding what he knows? I believe that the latter is more likely to be the case, and because this would be a wilful falsification of the facts, it would mean he was clearly motivated by Islamophobia.

As an attentive newspaper-reader, I have read a great deal of nonsense about Islam. However, the debate in recent weeks has sunk to new depths.

When the flagship of quality journalism, the "Neue Zürcher Zeitung", circulates such nonsense, and when the liberal newspaper "Die Zeit" chooses as its in-house author on Islam Hamed Abdul Samad (the author of a book on "Islamic fascism" that has been picked to pieces by all experts because of Samad's obvious ignorance of Islamic tradition and Arab history), then there is no need to be surprised by the statements made by Nikolaus Fest in the "Bild" newspaper. He recently asked whether "religion poses a barrier to integration" and promptly provided the answer himself: "Yes, when it comes to Islam."

If Islam is truly a barrier to integration, then it follows that Muslims cannot be part of Germany. After all, only a fundamentalist Muslim is a real Muslim. It also follows that Muslims can not of course be part of this society and that there can be no automatic assumption that any Muslim is opposed to violence, as is naturally and justifiably assumed to be the case with respect to the majority of non-Muslim German citizens. 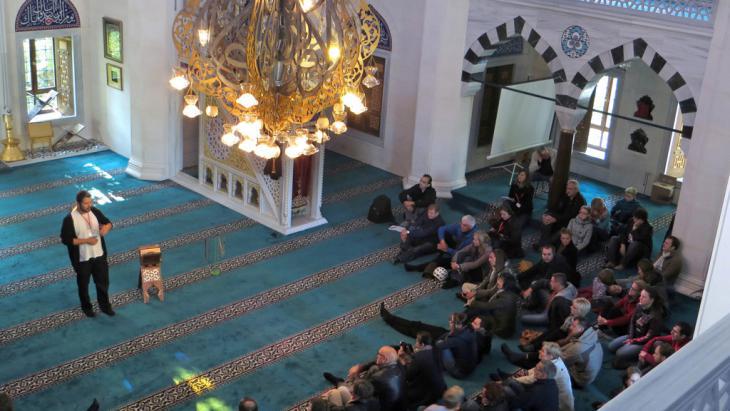 "Together, we have to ask ourselves what has gone wrong here. Why do so many young people, men in particular, consider jihadism as a legitimate option? What makes it so attractive?" writes Katajun Amirpur

Not part of society

The fact that Muslims should set an example as Muslims and not as citizens of this country fills me with a great sense of unease. When the candlelight vigils took place in protest against the murders in Mölln and Solingen or when events such as "Birlikte" (Stand Together) take place, as was recently the case in Cologne, it has always been a matter of standing together as a community and making a stand together. But when we have to make a stand as Muslims, then we are not perceived as part of German society, but as the "others", the ones who do not belong and who must first prove that they are suitable for admission. This happens time and time again.

The problem with which IS confronts German society is not, however, just a Muslim problem. One fifth of all jihadists who have left Germany to fight in Iraq and Syria are converts to Islam. Researchers agree that these individuals have converted directly to jihadism. A number of them know so little about Islam that they bought "Islam for Dummies" on Amazon to read on their journey.

Together, we have to ask ourselves what has gone wrong here. Why do so many young people, men in particular, consider jihadism as a legitimate option? What makes it so attractive? This is not something one does out of any attachment to Islamic tradition. After all, Islamic tradition is the very thing that the jihadists are negating by resorting to a supposed original Islam.

If we believe that the problem can be solved merely by having Muslims diligently distance themselves from the atrocities committed by other Muslims, then we are not creating a "new German 'us'" but an even more distinctive 'you'. What we are experiencing here is not "Birlikte" but, once again, social exclusion. It is as if Muslims are being asked to prove that they belong.

Home
Print
Newsletter
More on this topic
The German Muslim community's protest against extremism: "No" to hatred and injusticeContrasting images of Islam: The last gasp of archaic masculinity?The "Muslim Associations as Community Activists" project: Open dialogue on thorny issuesQantara dossier: Islam in Germany
Related Topics
'Islamic State' | IS, Criticism of Islam, Islam and the West, Islam in Germany, Islamic theology in Germany, Islamism | Political Islam, Islamophobia, Muslim associations in Germany, Muslims in the West
All Topics

Few Muslims have to date visited the Auschwitz-Birkenau concentration camp memorial site. Now high-ranking representatives of Muslims and Jews are travelling together to the place ... END_OF_DOCUMENT_TOKEN_TO_BE_REPLACED

The terror attacks in Paris, Brussels and Berlin were all carried out by men radicalised in jail. In Germany, politics and the judiciary are trying out new approaches to prevent ... END_OF_DOCUMENT_TOKEN_TO_BE_REPLACED

Elke Muller is fighting for her daughter Anna, who fell in love with a young Afghan and converted to Islam. The mother spoke to Esther Felden about feeling alienated and her fear ... END_OF_DOCUMENT_TOKEN_TO_BE_REPLACED

As historian Wiiliam Dalrymple writes in his essay, scholars are only now beginning to realise the extent to which the Mughal emperors adopted what most would assume to be ... END_OF_DOCUMENT_TOKEN_TO_BE_REPLACED

Comments for this article: IS is not just a Muslim problem

Thank you, Professor, for this essay. I'm struck with your report that one-fifth of the jihadists who've left Germany for Syria and Iraq are recent converts and I'd appreciate knowing more. Could you perhaps provide a source? If they are young people who grew up secular in Muslim communities and recently committed to Muslim one would understand the phenomenon differently than if they grew up with no connection to religious or ethnic identities.

I appreciate your frustration that the the non-Muslim world is so poorly informed about rejection of terrorism by Muslim leaders. I wonder if perchance there is someone, somewhere, who maintains a website with references and/or weblinks to all known statements? I would love to be able to include a link to this website in writings and send it to those who believe Muslims do not speak out enough.

I think that it is important in this time to recognize that lack of precision with words and concepts and their implications makes a difficult and emotional situation worse. As a Christian pacifist, I believe that God forbids killing, and I can put together a theological and biblical argument for that. Yet there are many Christians who argue that God does not forbid all killing, by all people, in all circumstances, but rather limits legitimate killing to certain circumstances, and they could put together a theological and biblical argument for that. When one person says Islam does not forbid killing and another says it does, I've not personally experienced such statements as intending to mislead, but rather as reflecting the speakers' own reading/interpretation of texts and history, or, more commonly, their unexamined assumptions.

Although I recognize the burden you feel in being constantly called upon to prove your humanity by criticizing extremists who claim your tradition, I hope that you find the strength to continue doing this anyway. One of the findings of researchers regarding the breakup of the former Yugoslavia was that religious leaders of the religious traditions involved (Catholic, Muslim, Orthodox) often spoke out for peace and described their tradition as peaceful-loving, yet were silent in condemning extremists within their own ranks. Researchers found that this was understood by extremists as endorsement of their murderous activities and thus contributed to the escalation of violence.

As a trainer/lecturer in conflict resolution, I have cited that research to Christian, Buddhist, Hindu, and Muslim audiences to support what I see as essential in our world: Every community has to take the responsibility to specifically, publicly, and passionately condemn the actions of its own extremists.

I believe you agree with me, yet you express your uneasiness. I do not know the German situation, but my sense elsewhere is that usually people do not have an objection to clear religious identity per se but rather to expressions thereof that create barriers. Do Christian Germans tell you that when you speak as a Muslim to other Muslims challenging extremism that they feel more distant from you than if you had said nothing? I would guess not.

I wonder if perhaps the unease you feel comes not from what others feel towards you but rather from the accumulated exhaustion and aloneness of being a minority targeted by constant stereotypes. As a long-time peacebuilder I have come to see maintaining the inner strength to carry on as one of the biggest challenges to our work. I hope that you and people who care about you take seriously the importance of making extra effort in this difficult time to experience human solidarity, care, and compassion. Those who really care should be asking how could they assist, encourage, and support you in an important and very difficult task.