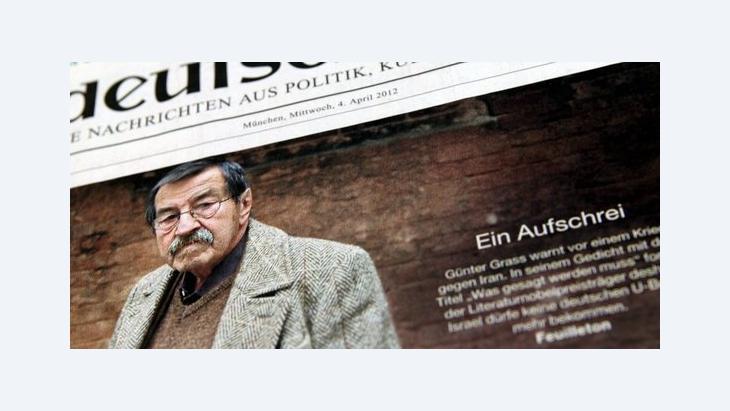 The Old Man and the Stereotype

﻿It is devastating to see an internationally renowned German literary figure like Günter Grass bandying about anti-Semitic clichés. A commentary by Klaus Hillenbrand

﻿It is more than heartening when poetry is for once allowed to lead more than a niche existence in this country. When was the last time half the population was deep in discussion about a poem?

The only problem is that this seems to be the only encouraging aspect that will ever be associated with Günter Grass's "Was gesagt werden muss" ("What Must Be Said"), and this is by no means because the lines don't rhyme. The poem has indeed hit a chord, but the wrong one – just as off-key as many of the reactions to it.

It's not a matter of how Grass criticises the Israeli government for its policy toward Iran. This kind of criticism is a daily occurrence and only too justified. No, the problem is that Grass has taken advantage of the publication of his poem to do something completely different: he apologises for keeping his mouth shut for so long by claiming he was afraid of being stamped an anti-Semite.

But this statement is false and perfidious. The voices, including German-speaking ones, criticising the course taken by the Netanyahu regime as dangerous are in fact too numerous to count. And naturally it has not the least bit to do with anti-Semitism when someone openly and publicly expresses rejection of Israel's Iran policy. 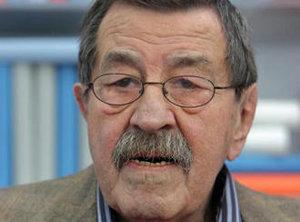 Critical reactions: Nobel laureate in literature Günter Grass has made international headlines with his poem "Was gesagt werden muss"

​​When Grass however claims just that, then he is inventing a taboo that doesn't exist.

This only serves to generate new prejudices. And then it's all part of the same picture when Grass censures the Tehran regime in only a few mild words, while objecting much more plainly and at length to Israel's nuclear power.

The scandal lies therefore not in Grass's criticism of Israel, but in the way he is using his words to style himself a martyr of the Jews, who allegedly use the charge of anti-Semitism as a bludgeon to censor the truth.

That is an anti-Semitic stereotype. Yet this is something neither conservative politicians have grasped who are coming down hard on the supposedly left-wing Grass, nor the left wing itself, which supports Grass because it sees him as one of its own.

Both sides are acting merely reflexively. Grass's poem serves them only as a cheap swing at their political opponents, a way to hit them with a right – or left – hook.

The truth is worse. After all, it's hardly very important if an ageing writer who evidently suffers under a certain amount of hubris criticises Israel and expresses fear of atomic war in the process. But it is a disaster when a German Nobel laureate in literature stoops to anti-Semitic stereotypes.

Klaus Hillenbrand is co-director of the "taz.eins” department.

Home
Print
Newsletter
More on this topic
Günter Grass in Yemen: ''In the Beginning Was the Dialogue''Yasar Kemal and Günter Grass: Defenders of DiversityArab Intellectuals Support Günter Grass: Communiqué Reveals Degree of IgnoranceYemen: Grass Grows in the DesertBrian Klug versus Robert Wistrich: When Is Opposition to Israel and Its Policies Anti-Semitic?
Related Topics
Israeli-Palestinian conflict
All Topics

Education is the key to the future. Muzoon Almellehan has known this since she was 14 years old. But she lives in a Jordanian refugee camp. And since then she has been fighting ... END_OF_DOCUMENT_TOKEN_TO_BE_REPLACED

Michael Frey has written a fascinating book about the contemporary political thinker Nassif Nassar. Since 1967, Nassar has devoted his life’s work to the question of a fair social ... END_OF_DOCUMENT_TOKEN_TO_BE_REPLACED

The Kurdish YPG militia did the heavy lifting in the fight against the "Islamic State", yet many foreign YPG adherents, including Germans, have come home to find themselves under ... END_OF_DOCUMENT_TOKEN_TO_BE_REPLACED

Few Muslims have to date visited the Auschwitz-Birkenau concentration camp memorial site. Now high-ranking representatives of Muslims and Jews are travelling together to the place ... END_OF_DOCUMENT_TOKEN_TO_BE_REPLACED

The terror attacks in Paris, Brussels and Berlin were all carried out by men radicalised in jail. In Germany, politics and the judiciary are trying out new approaches to prevent ... END_OF_DOCUMENT_TOKEN_TO_BE_REPLACED