The so-called "debate on national identity" launched by the French government is causing feelings among the public to run high. At the centre of the storm lies the controversy of a ban on the burka and relations with Muslims in general. By Bernhard Schmid

"No to the Burka!" – France's governing UMP party is serious in its desire to ban Muslim women from totally covering their bodies with the burka

​​At the end of October last year, Eric Besson, France's Minister for Immigration, Integration, and National Identity, announced that the Sarkozy government would be leading the "debate on national identity." It was to continue through the following weeks and months, culminating in suggestions by the president himself on the matter, anticipated in a statement to be issued on 4 February.

Critics have characterized the debate as an "ideological campaign." From the very start, the debate has focused to a considerable extent on the question of separation from "the others." Islam often finds itself at the heart of the debate and, in the fantasies of some, poses a "threat to the nation and republic."

The burka as a "red flag"

While Besson has remained extremely vague concerning the definition of what constitutes "national identity," he has been able to state with certainty what, as far as he is concerned, is not a part French culture, namely, the burka. He regards the burka as something irreconcilable with "French national identity." 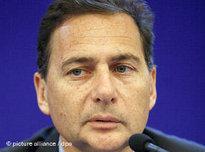 If it was up to Eric Besson, France's Minister of Immigration, a woman who wears a full body veil would be denied a long-term residence permit as well as French citizenship

​​However, the burka, a garment predominantly found in Afghanistan and Pakistan, is a hardly ever worn in France and is in no way typical for immigrants from the Magreb.

Nevertheless, after the debate among French politicians on cases of individuals wearing a full body veil broke out in early summer 2009, the French Interior Ministry conducted a survey and identified a total of 367 women in France who wear a burka. Most of them, it seems, are French converts to Islam.

The behaviour of these converts is similar to sect members who desire to publically display their newly acquired religious affiliation in a particularly visible manner. This makes one thing clear – the burka cannot help in deciding who belongs to the nation and who does not.

In recent months, the debate on the burka has been going on simultaneously with the debate on the concept of "national identity," which has been pursued by a special parliamentary commission set up to invite numerous politicians and public personalities to share their views on the issue.

A law banning the burka?

The result is that some members of the governing conservative UMP party have since called out for a law banning the burka in France. Jean-François Copé, the chairman of the UMP faction in the National Assembly, would already like to present such a bill to parliament in the coming weeks.

The law would make it an offence to wear the burka, subject to a fine of 759 euros. Critics have spoken of a "special law," which can hardly be justified considering how few women wear the burka in this country.

After a great deal of political flip-flopping, a majority of the UMP decided early this year against such a law. The legal risk that it would be overturned by the constitutional court is just too great. Instead, the majority of the governing party is calling for a "solemn resolution" by parliament condemning total head and body covering. 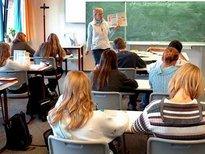 Secularism rules: Already in 2004, the government banned the wearing of conspicuous religious symbols at school on the basis of the country's constitutional separation of church and state

​​A number of controversial statements have been made by some of the protagonists on the government side in the burka debate. For instance, Nadine Morano, State Secretary for Family Policy at the Ministry of Social Affairs. On 14 December, she took part in a discussion on national identity before an audience of 300 people in Charmes, a small city in the Vosges.

In the course of the debate, Morano said, among other things, that she didn't have anything against foreigners in principle, but she called upon "young Muslims" in France – who she of course respects – to please "not wear their caps on backwards, not speak in ghetto youth slang, and to look for a job".

With her choice of words, Morano succeeded in linking the phenomena of youth culture among the socially underprivileged, which has long applied to all segments of the population, with a single ethnic-religious group. In addition, her statements can also be understood as accusing socially underprivileged youth for being themselves responsible for their lack of employment. These outbursts, brimming with prejudice, resulted in a fierce public controversy in France.

Sarkozy's answer to the Swiss vote on minarets

On 9 December, the liberal Paris evening paper Le Monde published a guest article by Sarkozy in which the president approved of the results of the Swiss referendum and refused to criticise Swiss voters, even though he admitted that issues such as the exercise of religion are too complicated to be decided via referendum. He also expressed his understanding for those who "did not want the image of their country to be disfigured" and thereby lose their identity. 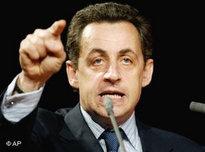 ​​In the same article, Nicolas Sarkozy demanded "respect for those who have been taken in, but also for those who have accepted others into their country". His choice of words make clear that those doing the accepting enjoy historical rights in their own country and should therefore remain the "masters in their own house." As such, recent immigrants, Muslims in particular, "should practice some discretion" with respect to their faith.

Just previous to this, Dominique Paillé, spokesman for the UMP, summed up the matter simply. Although there is not state religion in secular France, "some religions were already here before the republic was founded" and they are part of the historical heritage of the republic. "Those that only came later" have therefore to respect the existing rules of the game.

A charged atmosphere of anxiety

At the end of last December, the Member of Parliament and former Justice Minister Dominique Perben expressed his concern that "soon there will be just as many mosques as cathedrals" and that "France will no longer be France."

Apparently, a part of the government has been tempted to latch on to the success of the Swiss referendum in an attempt to permanently attract a segment of voters on the extreme right to the conservative block.

Nicolas Sarkozy has recognized the risk of letting the debate drift too far to the right. Yet, his announcements of new "surprises" have sparked more public debate.

In late January or early February, he plans to visit a cemetery in Notre-Dame-de-Lorette near Arras, in which Muslim soldiers who fought under the French flag in the First World War are buried. In 2007 und 2008, the cemetery monument was frequently damaged and defaced with racist slogans. Critics of the government are nonetheless convinced that the current debate on national identity will only further motivate such racist acts.

The Burka Battle in France
Losing Sovereignty of Interpretation
The strict rejection of the burka by French president Nicolas Sarkozy has set off a political debate across the country that strongly recalls the 2004 controversy on the presence of religious symbols in public schools. Kersten Knipp reports

Tariq Ramadan on the Swiss 'Minaret Ban'
"Islam Is a European Religion"
Populists in Switzerland fail to realize that Islam is by now a European religion and that Muslim citizens are largely integrated, says Tariq Ramadan in his commentary. However, part of the blame lies with Muslims, too, claims the Swiss Muslim scholar

END_OF_DOCUMENT_TOKEN_TO_BE_REPLACED
Social media
and networks
Subscribe to our
newsletter