Skip to main content
Debate on the Swiss Minaret Ban

The Hypocrisy of Islam's Indignation

In view of the precarious situation of religious minorities in Islamic countries, the uproar in the Islamic world over the Swiss referendum banning the construction of minarets is exaggerated and hypocritical, says author and media researcher Khaled Hroub 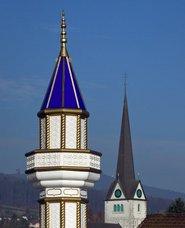 Khaled Hroub: "Instead of thoughtlessly hurling accusations at Europe, Muslims who are not living in Europe should critically reflect on the appalling way in which minorities are treated in their own countries and muster the necessary courage to condemn these practices"

​​ The result of the referendum on banning the construction of new minarets in Switzerland, the motherland of the Red Cross, is without a doubt the fruit of a campaign led by the Swiss People's Party (SVP), a right-wing populist and racist party, which exploited the widespread, vague fear of Islam in the West and stirred up other irrational fears to spread panic among the Swiss – as if Muslim armies stood before the gates of the Alpine country!

This development in Switzerland is also alarming because it signals a relapse into outdated modes of thinking and calls into question the principle of neutrality with respect to all religions in the modern constitutional state.

Nevertheless, it is important not to lose sight of one decisive fact: namely that the Swiss government rejected the ban initiative right from the start and, presumably with the help of human rights groups, will attempt to have this surprising referendum result overturned by the European Court of Human Rights in Strasbourg.

It is also particularly important, in my opinion, to mention here that the majority of European politicians, opinion makers and human rights groups were at the forefront in voicing vehement criticism of this right-wing, populist mobilization against the basic rights of European Muslims.

But aside from this, we have to consider the situation of minorities in Islamic countries. It is without a doubt a bitter fact that the "Swiss conditions" bemoaned by Muslims are rapidly beginning to resemble the human rights situation that minorities in their own countries of origin already experience, although there is one decisive difference:

In Switzerland the government and all leading political parties, associations, representatives of Christian and Jewish religious communities, and civil society organizations stood at the side of their Muslim fellow citizens and supported their right to freely practice their religion.

By contrast, in nearly all Islamic countries a powerful ruling elite stands at the head of a broad front of politicians and opinion makers who oppose the construction of churches along with the building of sacred buildings for members of other religions. 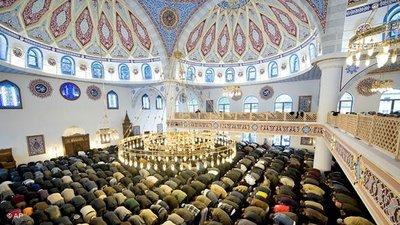 "If Europe's Muslims continue to persist with their passivity and blind defense of Islam, the mistrust that many Europeans feel toward them is bound to increase even further," writes Khaled Hroub in his commentary

​​ If a referendum were also held in Islamic countries on guaranteeing the internationally recognized basic rights of religious minorities, this proposal would most likely also be rejected by a large majority.

In view of the precarious rights of minorities in Islamic countries, it seems to me that the fiery indignation over the Swiss referendum is highly questionable, even hypocritical.

It is a well-known fact that in nearly all Islamic countries religious communities seeking to acquire building permits for churches and synagogues face daunting bureaucratic hurdles that are almost impossible to clear in many cases. When it comes to non-monotheistic religions, such as Buddhism and Hinduism, these obstacles may be simply insurmountable.

Instead of thoughtlessly hurling accusations at Europe, Muslims who are not living in Europe should critically reflect on the appalling way in which minorities are treated in their own countries and muster the necessary courage to condemn these practices.

The battle over interpreting Islam's image

This apparently impenetrable situation is rendered even more complicated by Muslims themselves. In the battle over interpreting Islam's image and Muslim life in the West, the faithful often react in an oversensitive and exaggerated manner – and thus help to further erode Islam's image.

This response pattern clearly stems from their lack of factual knowledge about life in democratic Europe, but it also arises from their false assumption that the situation in Europe is comparable to circumstances in their own predominantly non-democratic home countries. 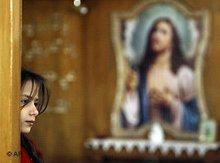 Christians are the main religious group subject to persecution in Islamic countries, primarily Iraq. Seven years ago, Iraq's Christian minority numbered over one million people, but now 750,000 have fled the country

​​ This misconception was very clearly manifested during the so-called caricature conflict, when many Muslims held the Danish government responsible for the publication of the caricatures of Mohammed and, in all seriousness, demanded that the Danish prime minister issue an apology.

These Muslims, whose lives have been shaped by predominantly authoritarian regimes, apparently could not comprehend that a democratically-elected government was in no position to curtail freedom of the press, which is guaranteed by the constitution.

Without a doubt, the Swiss minaret ban is far more complicated than the caricature conflict because the ban came about as the result of a public referendum (although this was, admittedly, the fruit of a right-wing populist campaign). Nonetheless, it reveals the growing sense of unease among Europeans with regard to Islam's increased visibility.

Admittedly, the right-wing populists have discovered that the fear of Muslims can serve as an effective electioneering tool, and their mass media is mainly responsible for propagating the anti-Muslim smear campaign in Europe. Yet it is Europe's Muslims who must actively come to terms with the image of Islam and the public perception of their religion.

Instead of reacting with rage, they should open up to the debate on the impact of Islam's negative image. Above all they should ask themselves whether their formal disassociation from terrorism in the name of Islam has been sufficient and credible, particularly in the wake of the devastating terror attacks of 9/11, but also following the attacks in Madrid and London.

If Europe's Muslims however continue to persist with their passivity and blind defense of Islam, the mistrust that many Europeans feel toward them is bound to increase even further.

Tariq Ramadan on the Swiss 'Minaret Ban'
"Islam Is a European Religion"
Populists in Switzerland fail to realize that Islam is by now a European religion and that Muslim citizens are largely integrated, says Tariq Ramadan in his commentary. However, part of the blame lies with Muslims, too, claims the Swiss Muslim scholar

Swiss Referendum on Banning Minarets
Underestimated Identity Problems in a Society in Flux
The surprisingly clear vote in favour of banning minarets expresses an unease with various causes. The implications too will no doubt be controversial. One thing is for sure: Switzerland's politicians have underestimated immaterial concerns. Christoph Wehrli has the background

END_OF_DOCUMENT_TOKEN_TO_BE_REPLACED
Social media
and networks
Subscribe to our
newsletter