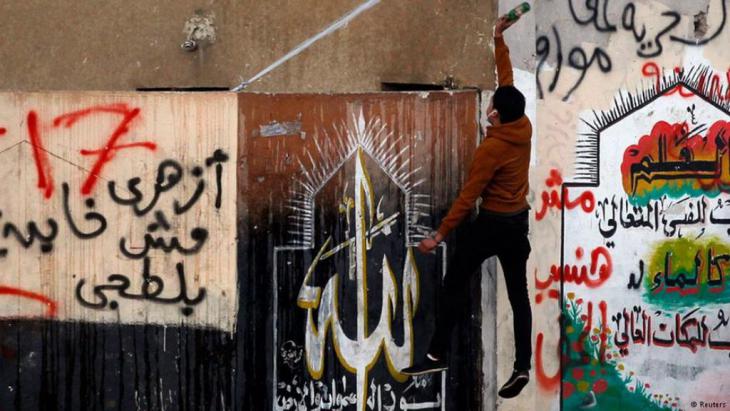 Jordanian journalist Mousa Barhouma criticises the recurrent Arab tendency to equate secularism with apostasy and heresy. In his view, Islam does not prescribe any specific form of government

The recent publication by a Jordanian journalist of a caricature insulting the essence of divinity has reignited the controversy over religion and secularism in the Arab world. The social networks are practically exploding with rage and exasperation and secularists in general have been vilified as apostates and heretics.

Unfortunately it is not unusual for secularism to be equated with apostasy in these emotional debates – a conviction that is generally held by people who are committed to Islamic thought.

This faction is constantly at pains to construe almost mechanistic links between secularism and heresy – thus embracing an opinion that has become doctrine for many. However, as we will try to illustrate in the following, secularism is in fact not at all contrary to faith and does not seek to take its place.

The need for the state to be ideologically neutral

It may well prove impossible to defend secularism and re-define the terms of reference without coming across as somewhat moralising. Yet the conditions that have made this necessary require just such an approach, despite all the precautions we will try to take. 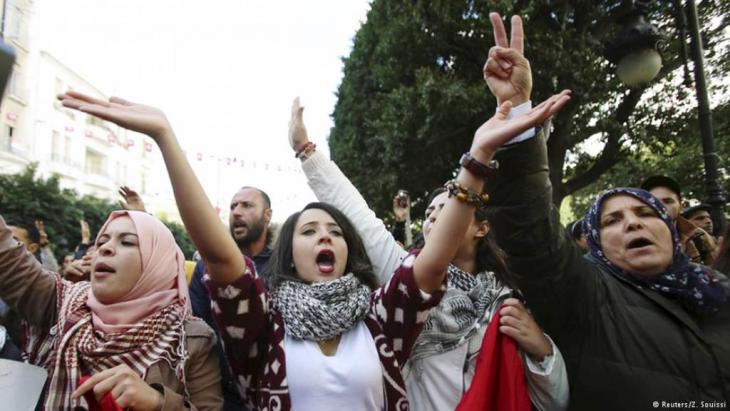 Secular and religious Tunisians united in their opposition to Ben Ali′s police state: secularism is not a dirty word. It is a way of thinking that wants the world to be governed by civic laws and to guard against religion intervening in complicated areas for which it has no clear concepts or universally valid answers

The laicism or secularism we are talking about here indicates, in contrast to "spirituality" or "religiosity", a profane "worldliness" that aims not to concede dominance over the state to religion, whatever form the latter may take.

And it does so in accordance with the conviction that religion is a conglomerate of dogmas and concepts that are connected with things sublime and metaphysical. Whereas the state stands for everything relating to the administration, execution and systematic control of political, economic, structural and social concerns.

When the European nations invested in secularisation, their declared goal was not to abolish religion or divorce it from everyday life. They decided instead that the knowledge required to organise all worldly matters had to be consistently independent of religious knowledge. They therefore insisted on the neutrality of the state towards all religions. This also entails ensuring that no religion is marginalised,  despised, sidelined or consigned to a museum.

If there really is such a thing as a "hard secularism" that rejects any form of theocracy out of principle, there also exists in parallel something like a "soft secularism" whose devotees are of the opinion that the religious state "is currently no longer suitable for dealing with the complex problems of people at all levels". Furthermore, the religious state "carries within its folds the seeds of social division in a pluralistic society, or is contrary to the establishment of a democratic system", as one Arab pioneering mind formulated it.

And finally, the Islamic world as a whole definitely offers models for secular states that do not collide with religion, that have brought forth an acceptable form of co-existence and whose inhabitants or advocates are not accused of heresy and obvious apostasy! 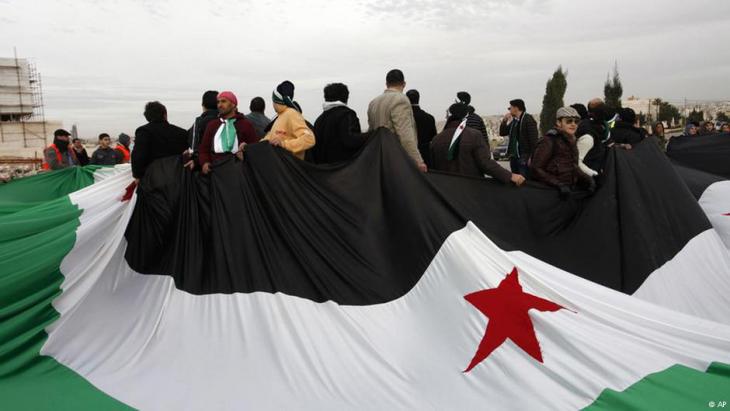 "A large number of secularists lost their lives fighting against the reign of terror in Damascus, thus becoming ′martyrs′ in the classic militant sense. This in itself practically negates the supposed mechanistic link between secularism and godlessness and reveals the dubiousness of any such connection," writes Mousa Barhouma

Islam is not a political programme

I would like to add that the canonical texts of the Islamic faith contain nothing that would oblige Muslims to follow the model of a caliphate as religious form of government. Believers are instead "free to choose what is better for the welfare of their society at any time", as stated as early as 1925 by the Cairo judge Ali Abdel Raziq (1888 –1966) in his book "Islam and the Foundations of Political Power".

So not all those who advocate a secular form of government are apostates, heretics or partisans of tyrants. The groups rebelling against the regime of Bashar al-Assad, for example, consist mostly of secularists, the only exception being the lethargic parties of the Arab left.

Besides, a large number of these secularists lost their lives fighting against the reign of terror in Damascus, thus becoming "martyrs" in the classic militant sense. This in itself practically negates the supposed mechanistic link between secularism and godlessness and reveals the dubiousness of any such connection.

The individual who supports secular governance, if I may be allowed to digress, is not necessarily hostile to religion and nor is he degenerate and bereft of inhibitions or morals. He does not incite people to vice and moral decay, nor does he abide it. And he is not in the business of selling wickedness, unemployment and corruption. Because how many people living under secular governments dedicate themselves every day to the spiritual life, to art and culture and to writing the most beautiful poems?

Secularism is not a dirty word. It is a way of thinking that wants the world to be governed by civic laws and to guard against religion intervening in complicated areas for which it has no clear concepts or universally valid answers.

Were all the religions to aspire to contemplation, observation and careful consideration, they would leave people free to choose the way in which they want to govern their world. And they would enrich it with moral and spiritual values and furnish it with all that is good, with love, justice and beauty.

Mousa Barhouma is a Jordanian writer and journalist. He writes for leading Arab newspapers and was editor-in-chief of Amman's daily paper "Al-Ghad" ("Tomorrow") until 2010.

Home
Print
Newsletter
More on this topic
Secularism in the Islamic world: Part I – It′s a knotty problemThe secularisation of Muslims: Silent withdrawalIslam and enlightenment: Beware of the myth
Related Topics
Abdullah II of Jordan, Free speech and censorship, Freedom of religion, History of Islam, History of the Near and Middle East, Science, Secularism in the Islamic world
All Topics

The murder of a female student at Mansoura University in the Nile Delta has sparked a long overdue debate on femicide in Egypt. Karim El-Gawhary reports from Cairo END_OF_DOCUMENT_TOKEN_TO_BE_REPLACED

When times are tough, the exchange of ideas and perspectives becomes especially important. It takes dialogue. And at Deutsche Welle, we need distributors and cooperative partners ... END_OF_DOCUMENT_TOKEN_TO_BE_REPLACED

Women in the Levant have long used needlework to depict the region’s history, its landscapes, customs and traditions. Intricately embroidered panels, varying in style, colour and ... END_OF_DOCUMENT_TOKEN_TO_BE_REPLACED

A straightforward message emerged from last week’s meeting in the Negev desert of the foreign ministers of four Arab countries, Israel and the United States: Israel is key to the ... END_OF_DOCUMENT_TOKEN_TO_BE_REPLACED

Israelis, Arabs and Iranians are landing back in their home countries to the tearful relief of relatives, as evacuations of nationals caught up in the Russian invasion of Ukraine ... END_OF_DOCUMENT_TOKEN_TO_BE_REPLACED

A number of Arab League member states have announced in recent weeks that they intend resuming relations with the Syrian regime. A potential invitation to the Arab League summit ... END_OF_DOCUMENT_TOKEN_TO_BE_REPLACED
Author:
Mousa Barhouma
Date:
Mail:
Send via mail

END_OF_DOCUMENT_TOKEN_TO_BE_REPLACED
Social media
and networks
Subscribe to our
newsletter