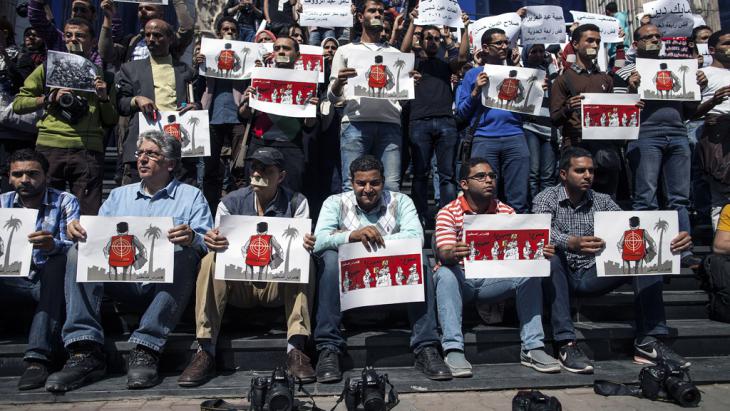 Democracy and civil society in the Arab world

Talk is not a crime

With the violent radicalism and civil wars of the Middle East and North Africa capturing the world′s attention, the region′s grossly distorted legal systems are being given short shrift. Yet problematic laws like those criminalising defamation, which facilitate political and economic repression, undermine development – and destroy lives. By Daoud Kuttab

Egypt′s government is perhaps the biggest abuser of defamation and blasphemy laws to suppress differing views. In particular, the Egyptian authorities brazenly use Article 98(f) of the Egyptian Penal Code – which prohibits citizens from defaming a ″heavenly religion″, inciting sectarian strife, or insulting Islam – to detain, prosecute and imprison members of non-majority religious groups, especially Christians. All that is needed is a vague claim that their activities are jeopardising ″communal harmony″.

Moreover, the writer Ahmed Naji was recently handed a two-year prison sentence for violating ″public modesty″, by publishing a sexually explicit excerpt from his novel. This came just a month after the author Fatma Naoot appealed the three-year sentence she received when a Facebook post criticising the slaughter of animals for a Muslim feast led to a guilty verdict for ″contempt for Islam″. The list goes on.

Ominously, according to a 2015 report by the US Commission on International Religious Freedom, blasphemy cases have been on the rise since 2011. In January 2015, President Abdul Fatah al-Sisi issued a decree that permits the government to ban any foreign publications it deems offensive to religion, thereby expanding the government′s already significant censorship powers and increasing pressure on journalists further.

The situation is not much better in Tunisia, where, according to Freedom House′s 2015 report, ″criminal defamation remains one of the biggest obstacles to independent reporting.″ Moreover, many are concerned that the country′s newly established cyber-crime investigative agency will carry out ″unchecked government surveillance on Tunisian citizens″, as occurred under former President Zine El Abidine Ben Ali, who was ousted in the Arab Spring revolution. 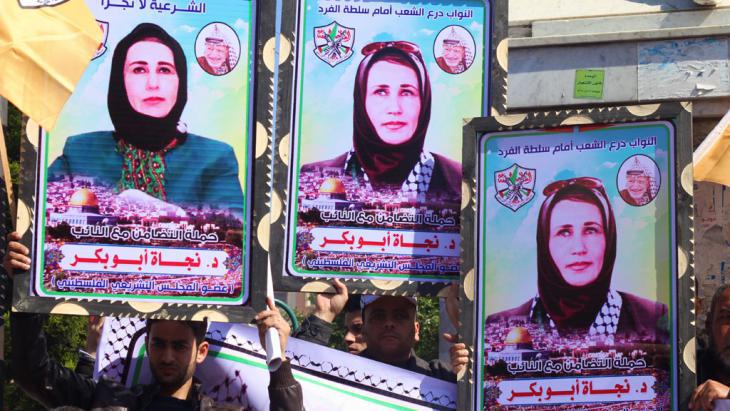 Bold confrontation: Palestinian Member of Parliament Najat Abu Bakr, was summoned for interrogation by the attorney-general after levelling corruption accusations against Hussein al-Araj, a cabinet minister with close ties to President Mahmoud Abbas

Jordan has also ratcheted up its attempts to limit free expression, with a June 2015 amendment to its cyber-crime law allowing the attorney-general to detain, without a court order, anyone deemed to have used the Internet for defamation. While Jordan′s Press and Publications Law prohibits the arrest of journalists for opinions expressed in print, journalists are now fair game if those opinions appear online. And, indeed, charges have already been brought against several.

Among the highest-profile defamation-related cases in the Middle East today is that involving Najat Abu Bakr, a member of Palestine′s parliament who has been summoned for interrogation by the attorney-general after levelling corruption accusations against Hussein al-Araj, a cabinet minister with close ties to President Mahmoud Abbas. The move seems also to be motivated by Bakr′s support for a teacher′s strike in the West Bank – an embarrassment to the Abbas government.

Though Palestine′s attorney-general is allowed, under existing defamation legislation, to hold a person for 48 hours of questioning, human-rights groups have condemned the move. Bakr, for her part, refused the order and staged a sit-in at the parliament building. Palestinian security forces surrounded the building, but did not attempt to arrest her.

The intensification – and increasingly broad application – of defamation laws in the Middle East and North Africa represents a dangerous trend, one that is fuelling an increasingly powerful backlash from civil-society groups. Naji′s case, for example, spurred Egyptian writers, artists and filmmakers to launch a public campaign for greater freedom of creativity and expression. 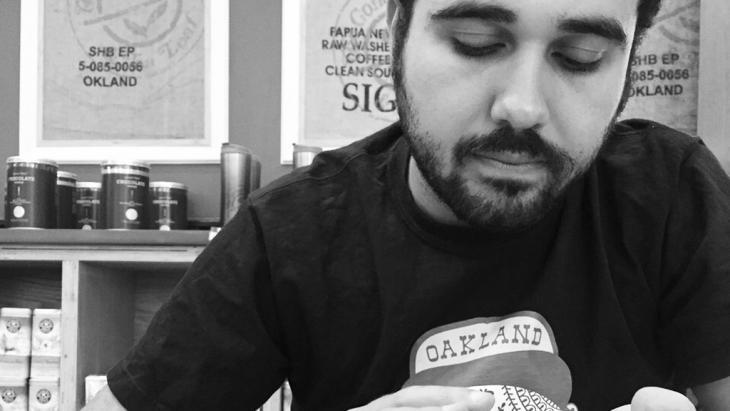 Dragged before the court for "immorality": the intensification – and increasingly broad application – of defamation laws in the Middle East and North Africa represents a dangerous trend, one that is fuelling an increasingly powerful backlash from civil-society groups. Naji′s case, for example, spurred Egyptian writers, artists and filmmakers to launch a public campaign for greater freedom of creativity and expression

Furthermore, the former Google executive Wael Ghonim, who was active in the country′s 2011 uprising, publicly criticised the verdict against Naji. And several state-owned artistic publications were issued with their front pages either depicting Naji, or including just a few words expressing support for free speech, with the rest of the page left blank.

In Jordan, a coalition led by the Center for Defending Freedom of Journalists has launched a new campaign, ″Talk is Not a Crime″, to raise awareness about declining media freedom. And in Palestine, protests against the use of defamation laws to imprison political opponents have gained traction, with popular support for Bakr having played a key role in spurring the agreement that allowed her to return to her house in Nablus without being arrested or called in for questioning.

Outcries against individual cases can go only so far. Campaigns must – and, increasingly, do – focus on genuine changes to defamation laws, to ensure that governments cannot use them to stifle dissent. The key will be to remove the criminal element from defamation cases and thus the prospect of imprisonment and instead prosecute them as civil cases, with those found guilty of defamation being subject to reasonable fines.

Compelling lawmakers to decriminalise defamation will not be easy. But with a concerted effort from all relevant parties – especially the media, civil society and human-rights activists – plus the support of regional and international actors, it is possible. Given the critical importance of free speech to economic and social progress, there is no time to waste.

Home
Print
Newsletter
More on this topic
Atheism in Egypt: Breaking the tabooReligion and freedom of expression: The birth of a new theocracy?Popular unrest in the Middle East: Who says popular demand for change is off the agenda?Egypt sentences Christian teens to jail for contempt of Islam
Related Topics
Abdul Fattah al-Sisi, Christians in the Islamic world, Democracy and civil society, Free speech and censorship, Freedom of religion, Freedom of the press, Justice, Media in the Arab World, Minorities in the Muslim world
All Topics

Two refugees detained in Egypt are facing deportation to Eritrea. The expulsion of the Eritreans, who have been incarcerated in Cairo for more than eight years, has been halted ... END_OF_DOCUMENT_TOKEN_TO_BE_REPLACED

International relations are shifting across the Middle East as regional powers adapt to America's retrenchment and China's growing influence. Although the region could become the ... END_OF_DOCUMENT_TOKEN_TO_BE_REPLACED

Germany's foreign policy is explicitly values-based. But what happens, Ralf Bosen asks, when democracy, the rule of law and human rights collide with the logic of trade and ... END_OF_DOCUMENT_TOKEN_TO_BE_REPLACED

Egyptian author Nadia Wassef talks about opening the first independent bookstore in her home country; and her latest book in which she celebrates books and booksellers. By Manasi ... END_OF_DOCUMENT_TOKEN_TO_BE_REPLACED

"The people aren’t ready for democracy" has been the constitutional basis for Arab tyranny, its favourite slogan and its sacred narrative for more than a century. Yet, asks Khaled ... END_OF_DOCUMENT_TOKEN_TO_BE_REPLACED

END_OF_DOCUMENT_TOKEN_TO_BE_REPLACED
Social media
and networks
Subscribe to our
newsletter