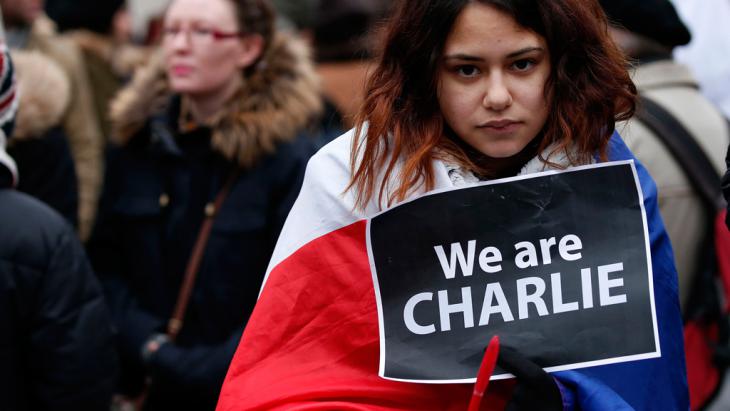 Democracy and freedom of speech

In the wake of the Paris attacks, many people were quick to view the killings as a direct attack on democracy and to claim that freedom of speech is absolute. In this essay, Ian Buruma explores the principles of free speech and tolerance

The Dutch filmmaker Theo van Gogh, who was murdered by a Muslim extremist in Amsterdam a little more than ten years ago, had much in common with the satirists of "Charlie Hebdo". Like the French editors and cartoonists, he was a provocateur, a moral anarchist, a shock artist who never saw a taboo he did not wish to smash.

Because anti-Semitism is the great post-war European taboo, van Gogh insulted Jews with crass jokes about gas chambers. Because we are told to "respect" Islam, he ridiculed Allah and his Prophet, much in the way "Charlie Hebdo" did.

The aim of taboo-breakers is to see how far the limits of free speech can be stretched, legally and socially. After all, despite the rather hysterical claims being made in the wake of last week's gruesome murders, free speech is not absolute. Most European countries have laws against hate speech, including France, where it is forbidden to deny the existence of the Holocaust. 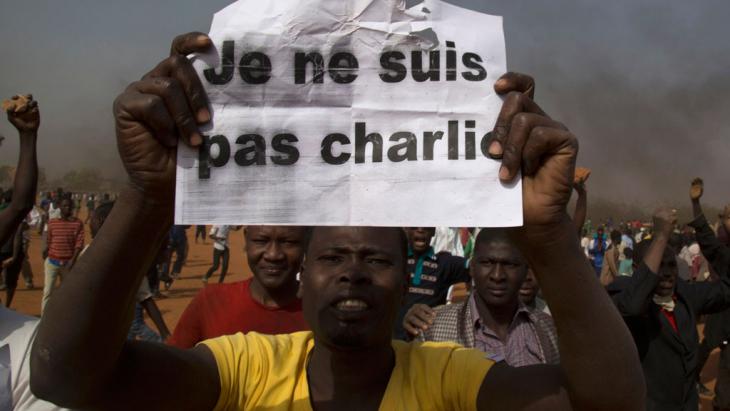 A man holds a sign that reads "I am not Charlie" during a protest against Niger President Mahamadou Issoufou's attendance at the Paris rally in support of French satirical weekly "Charlie Hebdo". The protest took place in Niamey, Niger, and was only one of many that took place around the Muslim world

Free speech is in fact relative. What can be said by an artist or a novelist cannot be said by a judge or a politician. Some language used by African-Americans among themselves would be grossly insulting if used by a white person. And so on. Simple rules of politeness create social barriers against saying anything we want.

The role of provocateurs is to challenge those social barriers by being deliberately impolite. There should be room for such iconoclasts, in the arts and the fringes of journalism, and they certainly should not be subject to violent attacks.

But to equate Theo van Gogh or "Charlie Hebdo" with "democracy" or "Western civilisation" seems too grandiose. One might as well claim that al-Qaida in Yemen stands for Eastern or Islamic civilisation.

In any case, the urge to break taboos is hardly unique to the West. And the culture of insult and provocation is in some ways the opposite of the way democracy actually works. 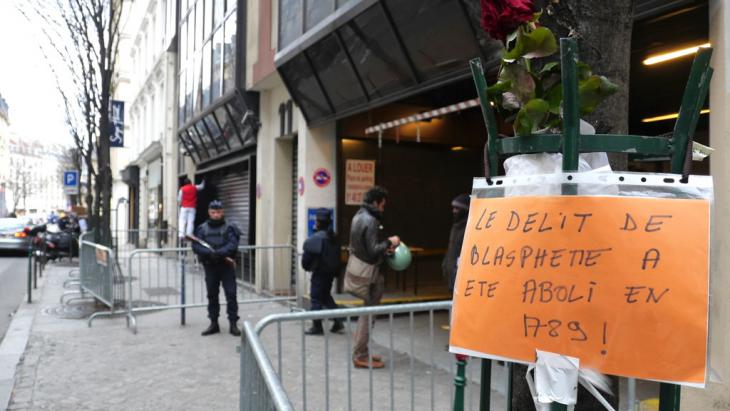 A handwritten note that reads "Blasphemy was decriminalised in 1789" hanging outside the offices of the newspaper "Liberation", where the first edition of "Charlie Hebdo" since the attacks was produced

Democracy, in the West or anywhere else, is based on the willingness to strike compromises, to solve conflicts of interests peacefully within the framework of the rule of law. For democracy to function, citizens must be prepared to give and take. This also means that in a civilised society, we agree to live with cultural or religious differences, without deliberately insulting those whose values we do not share.

This is not a matter of cowardly collaboration with evil, or giving up our freedom of expression. Nor does it mean, as some would claim, a lack of principle. Tolerance is not a sign of weakness.

What tolerance shows is a reluctance to view social values in absolute terms, or to divide the world into good and evil. But even tolerance is not absolute: one thing that no democratic society can accept is the use of violence to impose one's views, whether they are religious, political, or a combination of the two.

Brutal intimidation is the aim of the terrorists 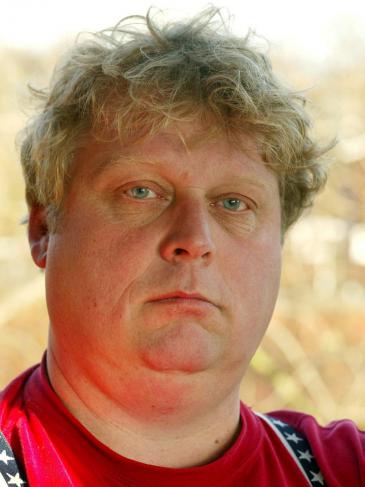 We can only guess at the psychological motives of the men who murdered the editors and artists of "Charlie Hebdo", or of the man who abducted hostages and killed four at a kosher supermarket. Perhaps they were pathetic losers, who turned from adolescent dreams of girls, football, and easy money to Holy War. This appears to have been the case for many home-grown jihadis, including the killer of Theo van Gogh. They would not be the first vulnerable young people to adopt a revolutionary cause to give themselves a sense of power and belonging.

We know more about the political motives of the violent revolutionary groups that recruit such young men and women to do the killing. Some claim that blasphemy or ridicule of the Prophet was the main reason that Charlie Hebdo was attacked and van Gogh was murdered. I doubt it. It is true that many Muslims might feel insulted by blasphemous movies or cartoons. But there is more to the killings than wounded sensibilities.

Brutal intimidation of actual and potential critics is just one of the aims of revolutionary groups. What revolutionaries hate most of all are not direct attacks by their enemies, but the necessary compromises, the give and take, the negotiations and adaptations that go with living in a liberal democracy. Their most important goal is to gain more recruits for their cause. If they are Islamists, they must try to force peaceful, law-abiding Muslims to stop making compromises with the secular societies they live in. They need more Holy Warriors.

The most effective way to do this is to provoke an anti-Muslim backlash by attacking symbolic targets, such as the Twin Towers in New York, a notorious filmmaker in Amsterdam, or a controversial satirical magazine in Paris. The more Muslims in Europe feel feared, rejected, and under siege by the non-Muslim majority, the more likely they are to support the extremists.

If we conclude from last weeks' murders that Islam is at war with the West, the jihadis will have won a major victory. If we embrace the peaceful majority of Muslims as our allies against revolutionary violence, and treat them as fully equal fellow citizens, our democracies will emerge stronger.

Ian Buruma is Professor of Democracy, Human Rights, and Journalism at Bard College. He is the author of numerous books, including "Murder in Amsterdam: The Death of Theo van Gogh and the Limits of Tolerance" and, most recently "Year Zero: A History of 1945".

Home
Print
Newsletter
More on this topic
Islamic satirical magazine "Cafcaf" from Istanbul: "No, nothing has been forgiven!"After the Paris attacks: The dangerous "alliance" between Islamism and IslamophobiaMuslims and the Paris attacks: "I distance myself from these murderers – not as a Muslim, but as a human being"France after the attack on "Charlie Hebdo": Much more is at stake than press freedom
Related Topics
Cartoons, Charlie Hebdo, Democracy and civil society, Freedom of the press, International terrorism, Islam and democracy, Islamism | Political Islam, Jihadism | Jihadists, Muslims in the West, Satire
All Topics

Germany and other member states of the European Union are for the first time making use of the so-called INSTEX mechanism to circumvent the sanctions imposed on Iran by the United ... END_OF_DOCUMENT_TOKEN_TO_BE_REPLACED

The coronavirus pandemic has disrupted social and economic life across the globe. But in the Middle East, authorities have coupled religious edicts with public health advice to ... END_OF_DOCUMENT_TOKEN_TO_BE_REPLACED

In the face of COVID-19, we need to admit the political mistakes of recent years and adjust our trajectory according to the compass of reality. People around the world – ... END_OF_DOCUMENT_TOKEN_TO_BE_REPLACED

Going by the official numbers, Turkey is doing well, especially in comparison to other countries. But does this impression correspond to the reality? There are significant reasons ... END_OF_DOCUMENT_TOKEN_TO_BE_REPLACED

As COVID-19 sweeps across the globe, it is forcing religions to adapt and take action to prevent infection. But experts warn against using the crisis to fuel conspiracy theories. ... END_OF_DOCUMENT_TOKEN_TO_BE_REPLACED

The parties at the centre of Germany's political landscape have often exhorted citizens to distance themselves from the right-wing AfD party. And yet, Europe's response to what is ... END_OF_DOCUMENT_TOKEN_TO_BE_REPLACED

Comments for this article: Charlie and Theo

However, this authoer equates Al Qaida with Theo Van Gogh and Carlie Henbo, and he clearly says that Van Gogh and Charlie Hebdo only have a faint relation with democracy. Is that not a massive denial of both democracy and of the universal human rights that shoulder democracy?

Sad, because that error cloudes the sound elaborations on democacy and the compromises it requires.

END_OF_DOCUMENT_TOKEN_TO_BE_REPLACED
Social media
and networks
Subscribe to our
newsletter