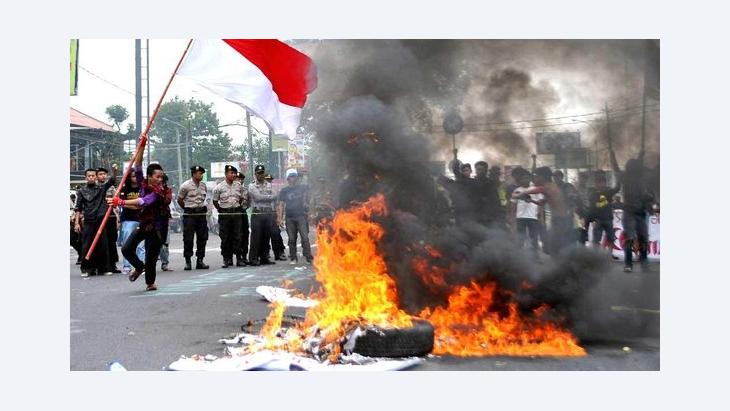 Democracy and Human Rights in Indonesia
A Blocked Constitutional State

The country with the world's biggest Muslim population has now experienced 15 years of democracy. But the political euphoria of the Indonesian "Reformasi" movement has long since given way to disenchantment. Ex-dictator Suharto's old boy network is still very much in place, and radical Islam is on the rise. By Christina Schott

"We have an electoral democracy in Indonesia, but civil liberties such as freedom of religion and freedom of speech, or even an independent judiciary, do not really exist here. Our democracy is still very fragile," says Andreas Harsono, an Indonesia specialist from Human Rights Watch. The distinguished human rights activist was a co-founder of the Alliance of Independent Journalists (AJI), which had to work underground until the former dictator Suharto was toppled.

Today, Harsono is fighting for the rights of minorities in his country, whether on behalf of the inhabitants of the resource-rich province of West Papua, who are suffering under discrimination, or for religious minorities such as the persecuted Islamic denomination Ahmadiyya.

Revolt against the authoritarian system

On 21 May 1998, President Suharto resigned after students and intellectuals across the country had protested for weeks on end, demanding "Reformasi" – the reform of the political system. 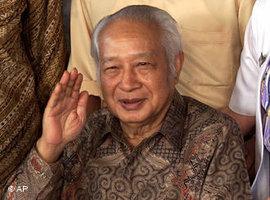 The long shadow of Indonesia's dictatorship: "Even after 15 years of democratisation, and five years after the death of the despot Suharto, his former cronies are still in evidence," Schott writes

​​The protest movement closed ranks during the great Asian financial crisis of 1997, which, after more than 30 years of authoritarian rule, had severely weakened the corrupt military regime. The student protests were at first forcibly put down.

But in the cities the uprising then escalated into violent ethnic unrest, the victims mainly Indonesians with Chinese roots. Although there is evidence that these riots were orchestrated by the military, to this day no charges have been brought against the alleged masterminds, among them Suharto's former son-in-law Prabowo Subianto, who wants to run in the 2014 presidential elections.

Since the protests, Indonesia has mastered the transition to democracy, at least officially: there is a multi-party system and a constitutional court, and the president is elected directly by the people. "What is still missing, though, is the democratic, multicultural spirit that would be a necessary underpinning for a welfare state in which social justice prevails – along with a reconciliation with the past," explains the former student leader Budiman Sudjatmiko, today a member of parliament for the opposition party PDI-P.

Dismayed at the direction their country was taking, many other Reformasi activists chose to withdraw from politics. Neither the students nor the intellectual elite were really prepared for the political process that followed Suharto's fall. "The Reformasi led to many changes in the law, but mostly on paper only," says women's rights activist Karlina Leksono Supelli, who was a leading figure in the "movement" and today teaches at the Driyarkara School of Philosophy in Jakarta. 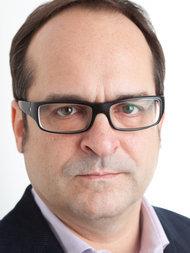 "For Western nations, Indonesia is the new China; they are hoping for profitable economic cooperation. That's why strategic silence reigns when it comes to human rights abuses," according to Wenzel Michalski, Director of Human Rights Watch Germany

​​She cites as example the human rights abuses by Suharto's military that have gone unpunished: hundreds of thousands of political prisoners who are still waiting in vain for compensation; kidnappings, torture and assassinations of opponents of the regime, whose whereabouts are in some cases still unknown today; brutal repression of independence movements in East Timor, Aceh and Papua, at the expense of the civilian population.

Even after 15 years of democratisation, and five years after the death of the despot Suharto, his former cronies are still in evidence. In the run-up to next year's election campaign, no politician dares tackle sensitive issues such as the clarification of past human rights abuses. This is no wonder, as several presidential candidates would themselves have to fear being brought before court.

"The elections next year will surely bring some sort of change, but I have little hope that they will serve to deepen our democracy if there is not a new focus on passing and enforcing legislation to shore up the constitutional state," notes human rights activist Harsono.

Although G20 member Indonesia is widely regarded as having demonstrated positive economic development over the last several years, with stable growth and a burgeoning middle class, most of the country's 240 million inhabitants have only very limited access to education and health care. Corruption is rampant and represents a major factor blocking the constitutional state: those with sufficient funds at their disposal can bribe the courts, bend the laws or buy their way into government positions.

Andreas Harsono thinks it's particularly dangerous to mix religion and politics, something that has increased in Indonesia since the days of the Reformasi. There have been more and more church closures, along with rioting against Islamic minorities such as the Ahmadiyya and Shia. 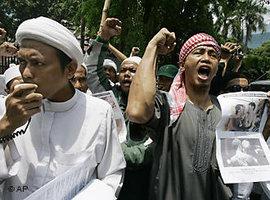 Some see an impending threat of Talibanisation in the island republic. The radical Islamic Defenders Front demands the introduction of Sharia as well as a ban on the Islamic denomination Ahmadiyya. It is taking concerted action against Christians in some regions of Indonesia

​​"Statistically speaking, a violent, religiously motivated assault happens every other day in Indonesia," reports the expert on ethnic and religious minorities. "Religious violence is taking on a new quality here, as it has increasingly been condoned by the government in recent years, or even conducted with the help of State institutions."

Given the financial and political influence of some of the radical Muslim organisations in the country, other human rights activists, such as the Islam scholar Siti Musdah Mulia, even speak of the risk of "Talibanisation" of Indonesia. The radical Islamic Defenders Front (FPI), for example, is thought to be the richest non-governmental organisation in the country.

Cooperation with the police and military apparatus

With its income, derived mostly from extorted protection money, the FPI's violence-prone followers frequently support local and regional politicians who return the favour by promoting a corresponding political agenda. And the FPI also often works with the police and military apparatus.

Although they know better, Western politicians tend to ignore the disturbing tendencies in the country with the world's fourth largest population, instead praising the Indonesians' religious tolerance, which supposedly proves that Islam and democracy in Indonesia are by all means compatible. Those voicing such opinions include US President Barack Obama, British Prime Minister David Cameron, Australian Foreign Minister Kevin Rudd and even German Chancellor Angela Merkel during her visit in 2012.

"For Western nations, Indonesia is the new China; they are hoping for profitable economic cooperation. That's why strategic silence reigns when it comes to human rights abuses," explains Wenzel Michalski, Director of Human Rights Watch Germany.

With its traditions of neutrality and non-alignment, Indonesia has had to tiptoe around the Ukraine war debate. Pro-Russia sentiment in the region complicates Jakarta's foreign ... END_OF_DOCUMENT_TOKEN_TO_BE_REPLACED

Calls for an environmentally-conscious form of Islam are growing in Indonesia, as climate change poses enormous ecological challenges for the country. Experts say it could change ... END_OF_DOCUMENT_TOKEN_TO_BE_REPLACED

Indonesia has become a primary battleground between democratic and autocratic visions of Islam in the 21st century, with Nahdlatul Ulama pitted against Abdullah bin Bayyah, a ... END_OF_DOCUMENT_TOKEN_TO_BE_REPLACED

Research project "The Global Qur'an", brainchild of Professor of Islamic Studies Johanna Pink and sponsored by the European Research Council, analyses the history and ... END_OF_DOCUMENT_TOKEN_TO_BE_REPLACED

At a time when even some rich democracies are electing con men as their political leaders, the success of Indonesian President Joko Widodo deserves wider acclaim and appreciation ... END_OF_DOCUMENT_TOKEN_TO_BE_REPLACED
Author:
Christina Schott
Date:
Mail:
Send via mail

END_OF_DOCUMENT_TOKEN_TO_BE_REPLACED
Social media
and networks
Subscribe to our
newsletter